Photo by Delia Giandeini via Unsplash

Pride Month and Prejudice: The Dark Side of Pride

Photo by Delia Giandeini via Unsplash

Pride month is a time of celebration for most of the queer community. A time to be out and proud, to be unabashed, to feel like yourself. The month of June aims to raise awareness of queer issues, and often coincides with increased attention and media coverage of queer and trans-related charities and causes. In recent years, pride has become a more widely tolerated, and even celebrated event. Queer advocacy has become an accepted part of progressive politics, and people are far more receptive to queer issues and experience.

Despite the more widespread acceptance of pride, the month and surrounding events remain a site of contention for people both in and outside the community. The presence of police officers in pride parades is oft debated in queer circles, and the issue tends to resurface annually.  This year has also seen the return of another discourse with a vengeance. The debate surrounding kink at pride has been particularly heated and divisive this year, with members of the queer community voicing strong opinions both for and against its presence at the event. These discussions are part of a larger, ongoing debate as to what purpose pride is meant to serve.

While pride and pride month are traditionally celebrated in honour of the 1969 Stonewall Riots, the event has gained a reputation in recent years for being a safe and family-friendly event in spite of its riotous origins. While decades ago it would have been uncommon to see anyone other than vocal queer people at the parade, nowadays pride is a major event even for people outside the queer community, and consequently many queer people feel as though their space is being encroached upon. Many older and more marginalized queer people see the presence of police at the event as antithetical to pride’s purpose.

Just as pride has been molded to fit into the straight world, so too does it often seem like the very existence of queerness has been repackaged and plasticized. As happens every year, corporations are out in force changing Twitter banners and profile pictures to rainbow colours and posting solemn JPEGs of solidarity with the queer community. While there are certainly those who appreciate the gesture and are more than willing to buy pride-themed goods, the phenomena of rainbow capitalism and “pinkwashing” have become topics of discussion more broadly within the queer community.

Pinkwashing, as coined by Sarah Schulman in a New York Times Op-ed, refers to superficially pro-LGBT action taken to distract from overtly anti-queer action or sentiment stemming from a country, corporation, or other large entity. It is, in short, a hypocritical approach to queer activism. Many of the factors which systemically disadvantage queer people simply cannot be fixed by corporatism. Diverse hiring policy and marketing towards queer people may seem good in theory, but in practice fails to account for the myriad ways in which queer people are economically and socially disenfranchised. Studies suggest that an alarming percent of homeless youth, between 25-40%, belong to the LGBTQ community. To this day we see queer youth kicked out of abusive homes, and the reality is that a staggering number of young queer people depend on GoFundMe campaigns, paypal donations, and often other sources of income such as sex work as a means to subsist. Pinkwashed activism precludes the need to participate in the same corporate system, an option that certain queer people simply do not have when they struggle to complete high school or higher education, let alone hold a job. While policies like subsidized healthcare and anti-discrimination laws can help with this, they still have a minimal effect on the most economically disadvantaged queer people. Ask any trans person and they’re sure to tell you that most anti-discrimination policy can be worked around with the proper wording. Corporate and charitable intervention is, at best, not enough to address the needs of the queer community. At worst, it is two-faced performative sympathy.

This has become a prescient issue with the latent rise in anti-trans sentiment, especially in the United States and United Kingdom, where protections for trans people have steadily eroded over the past year. 2021 has seen a horrifying precedent set with a record number of explicitly transphobic bills being introduced (and in many cases passed) in the United States. The Human Rights Campaign reported 2020 as being a record year for violence against trans and gender non-comforming people in the US, with 44 fatalities that year, and 2021 having already seen 28 trans people murdered in the span of six months. More trans people have been killed in the first six months of this year than were recorded in the entirety of 2019, and all these laws do is enable those numbers to increase.

It is not coincidental that as transphobia sees greater political legitimation, the rate of violence against trans people spikes. What is more alarming is the duplicity with which corporations present themselves as benevolent allies of queer causes, while financially enabling the politicians and parties responsible for this hateful legislation. The Centre for Media & Democracy compiled a list of corporate donors who gave money to the sponsors of Arkansas’ draconian anti-trans bills, a list which sees names like Walmart, AT&T, and Coca-Cola take top billing, all of whom have rebranded in rainbow this month.

Despite this, coverage of issues pertaining specifically to trans and/or racialized members of the queer community remains vanishingly rare. Periodicals devote instead front-page news to a corporation’s new pride campaign, or Disney announcing that they will definitely, one-hundred-percent-for-sure make a gay character in their next movie (who will inevitably be retconned or overdubbed to appease the foreign box office). Despite all the repost campaigns started on Instagram, all of the fluff pieces by Gay Times, most people are still completely ignorant to the actual material implications of being queer.

I have, up to this point, afforded the issues at hand a degree of distance and objectivity. I have approached each topic with as much balance as is realistically possible. However, in life, objectivity and balance won’t go very far when one side is actively destroying people’s lives. Make no mistake what these corporations, lawmakers, and lobby groups are doing. While we sit here and bicker about who is allowed at our parades and celebrate monopolistic media magnates for giving us the teeniest crumbs of mediocre representation, they have passed legislation which actively harms transgender youth. Arkansas, Georgia, Idaho, Florida, Tennessee, South Dakota, Mississippi; more that 33 states have introduced, collectively, over a hundred bills which will strip trans kids of their dignity and childhood.

My blood boils writing these words, not simply because it is despicable that any child should be subjected to genital inspections, chromosomal tests, or any of the other horrific courses of action suggested in this legislation, but also because I, as a trans woman, can see exactly where this leads. It’s never just the legislation, bad though it may be. It’s also the precedent that it sets: A precedent for vitriol, a precedent for hate, a precedent that some lives are more valuable than others. Considering my own city has for some time now been actively debating whether I should be entitled to use the bathroom or not, I’m bitterly resigned to this being the way things are. When people ask me if I’m looking forward to travelling after the pandemic, I have to frustratedly tell them “well probably not to the States or the UK, and I mean, airports in general are just a big no." It is both thoroughly humiliating and alienating to see just how little people (yes, even cis queers) know or care about the dire straights trans people face, in June of all months.

I realize by this point many readers may well have jumped ship. These are not comfortable topics to discuss, to even hear about in passing, but that doesn’t mean they can be ignored. Good allyship demands that you actually care about the issues at hand. So if you’re cisgender, and feeling a knot in your stomach grow as you read this article, good. Sit with that feeling. It’s a tough time to be trans right now, and a lot of people just want to know they’re not alone. Tell a trans friend you love them, volounteer with a mutual aid project, hell, just read queer theory (it’s not that boring, I promise). Community infighting about which groups are “marginalized enough”, or performing allyship by reposting commodified slogans will not do anything. No amount of it will reverse the effects of all this harmful legislature. Instead of buying those pride-themed Skittles®, maybe donate that money to a survival fund, or a binder drive. If we continue to let pinkwashing and the farce that is “corporate activism” dominate the fight for queer liberation, then apathy will continue to be the death of us. We need people on our side, not marketing campaigns. 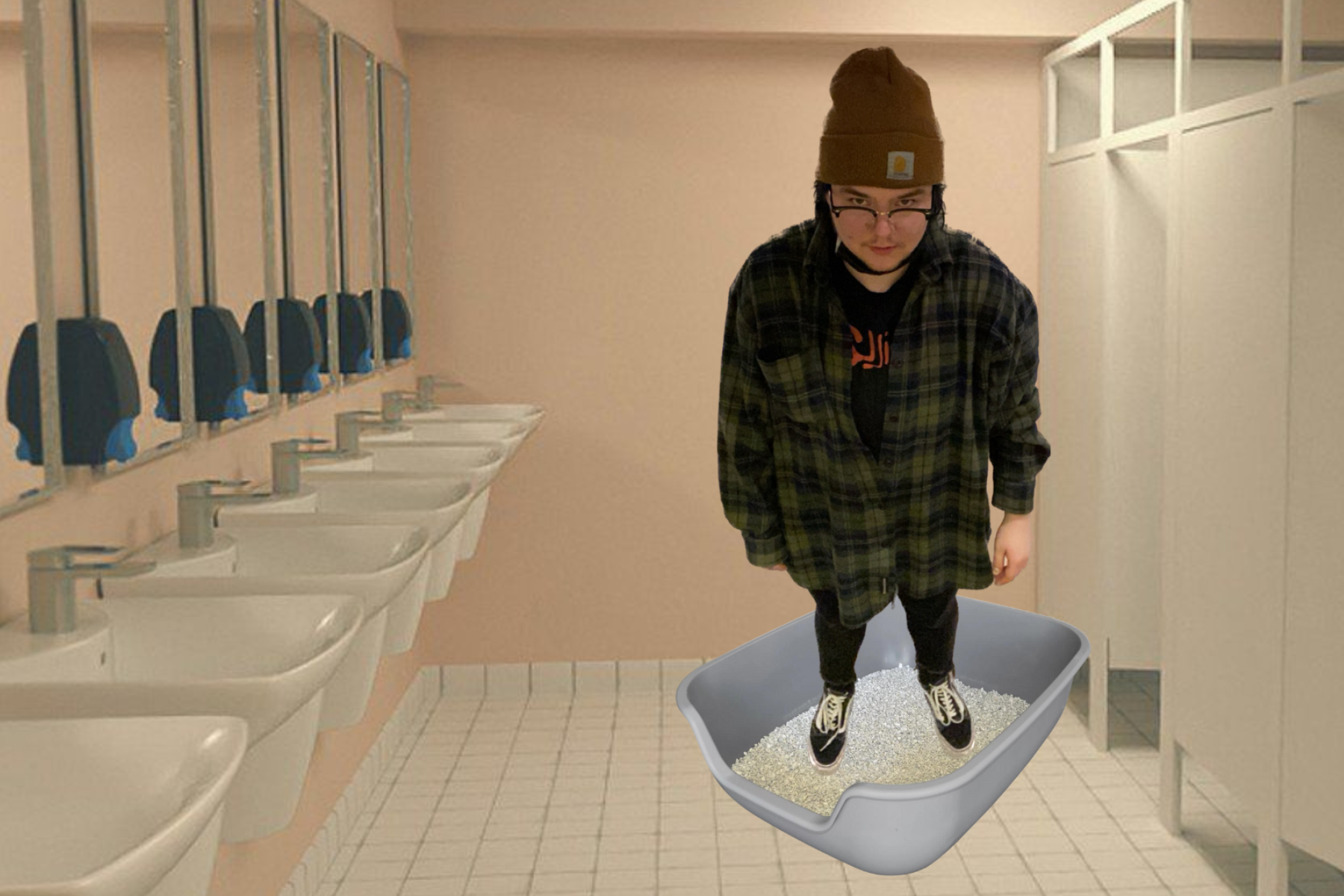 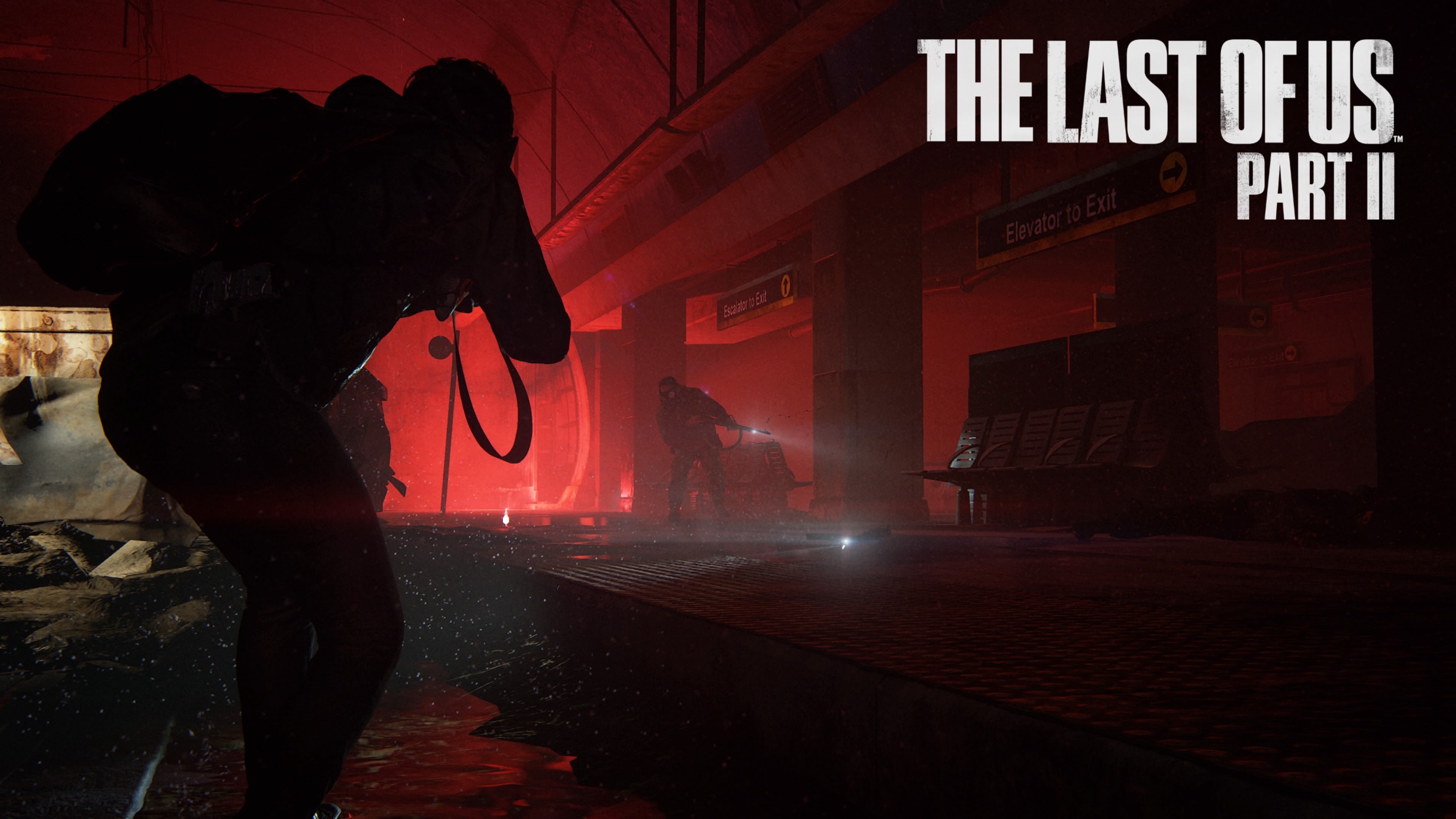 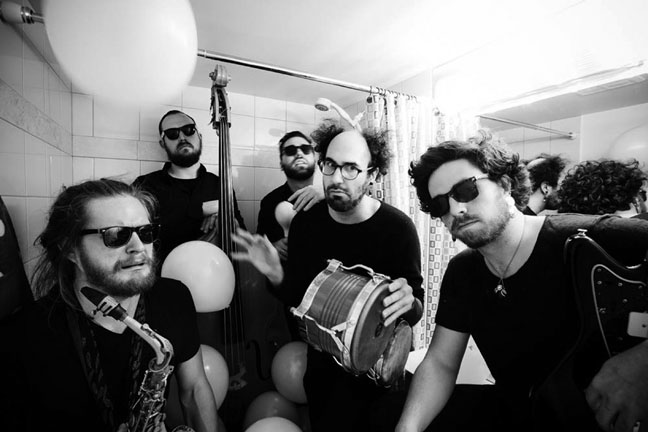 The Holy Gasp: Don't let anyone tell you how to fuck!
By
Sara Ostrowska
Related

I'm Using The Litter Box at Your Child's School
By