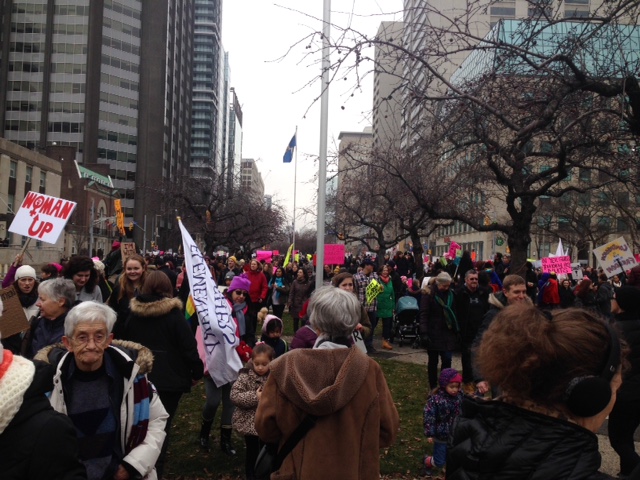 Written by
Sarah Crookal
and

Through the biting chill of winter and the inauguration of U.S. President Donald Trump, knitted cat ears have come to symbolize a brighter path toward human rights.

In a crowd of an estimated 50,000, fuchsia and muted pink ‘pussy hats’ marched down University Avenue during Toronto’s Women’s March on Washington. Chants of, “This is what equality looks like,” rang in the air. It may have even been the first march where folks meowed aloud.

On January 21, North America saw the largest protest in its history. Five million participants in 30 countries voiced their dissatisfaction with Donald Trump’s campaign rhetoric and shouted in favour of human rights.

The Toronto march started at noon at Queen’s Park and ended at Toronto City Hall at around 3 p.m. People spilled over the bridges at Nathan Phillips Square in a scene that rivalled the attendance of the square’s New Year’s Eve celebrations.

Attendees exercised oodles of creativity through signs and get-ups. One cardboard cut-out saw Trump’s face atop Miley Cyrus’ nude frame straddling the earth, mimicking the star’s “Wrecking Ball” video. Another participant, covered in black, wore a full-body skeleton with a Trump wig and a sign that read, “I grabbed the wrong nasty woman by the pussy.”

The tone of the march was cheerful, with a hue of sarcastic humour. Children and grandparents alike sang and danced to drums and tambourines. And with all the organized marches globally, not a single arrest was made.

Yet with all the positivity and milestones of the march, many folks have hurled criticisms. Margaret Wente has said the solidarity of the march was a mirage. Since 42 per cent of women voted for Trump, Wente says that women were hardly united on the issue. Others have said how little the protest will accomplish politically, while some have questioned whether the march was diverse enough for people of colour and trans people.

However, less is being said about the campaign created by the march’s organizers called “10 actions, 100 days.” Over the next 100 days, organizers will be suggesting ten concrete actions to help spur the movements forward. The first U.S. action encourages people to write a postcard to Senators about an important personal cause. Future actions will be posted on the Women’s March website.

One of the march’s Toronto organizers, We Talk Women, is encouraging people to attend a strawberry ceremony to bring awareness to injustices surrounding murdered Indigenous women on February 14.

Additionally, a Twitter campaign calling for gender equity in Toronto’s financial budget gained traction following the city’s march. These actions signal that awareness-raising events like the Women’s March can and do create tangible results.

Rhetoric, though indirect, is an important component of a protest. It can capture the hearts and minds of the wider public. For example, Occupy Wall Street introduced the rhetoric of the 99 per cent. And one remarkable image taken from the Women’s March is the photo of Washington’s National Mall on inauguration day versus the one taken during the Women’s March. Attendance for the march was more than double the inauguration.

With Trump losing the popular vote by 2.8 million voters, the “not my president” rhetoric has become notably visible thanks to this protest, and others like it. All of these steps add meaningful points to the conversation on human rights.

But direct results are accomplished by protests as well.

In 2012, a study by University of Pennsylvania professor Daniel Gillion found that a healthy number of protests can sway representatives into adopting human rights issues. Gillion looked at civil rights protests from 1961 to 1995, and found that the occasional protest didn’t do much to alter opinion. However, if there were 100 or more protests in one area over a couple years, representatives were 10 times more likely to adopt civil rights positions.

The visible act of protesting is a barometer for public concern—and with enough actions people will listen. The pussy hats and meowing aren’t mere hats and empty gestures. These things reclaim a word that Trump used to objectify women. They help us regain control in an overwhelming political climate.

In the face of a president gloating about violating our bodies, equality, and basic human rights—we proved, symbolically or otherwise, that our rights are not for the taking.

Subscribe to Arthur's Newsletter
Thank you! Your submission has been received!
Oops! Something went wrong while submitting the form.
No items found.
From Sarah Crookal 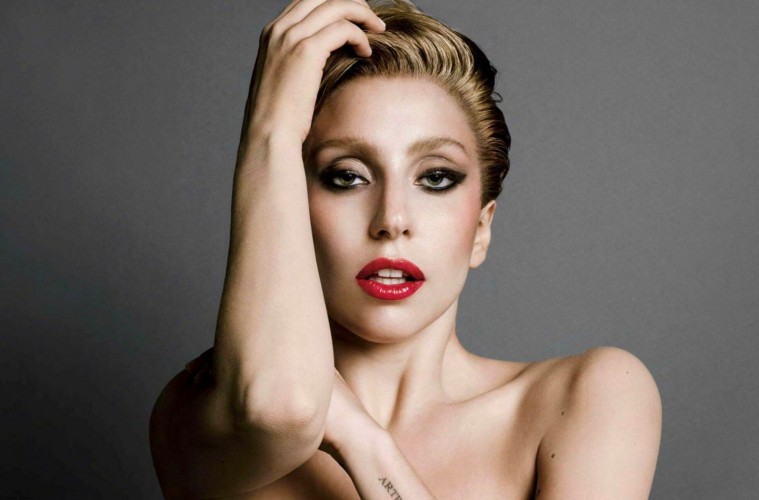 When provinces and feds disagree, the mentally ill suffer
By
Sarah Crookal
and
Culture
|
Arts