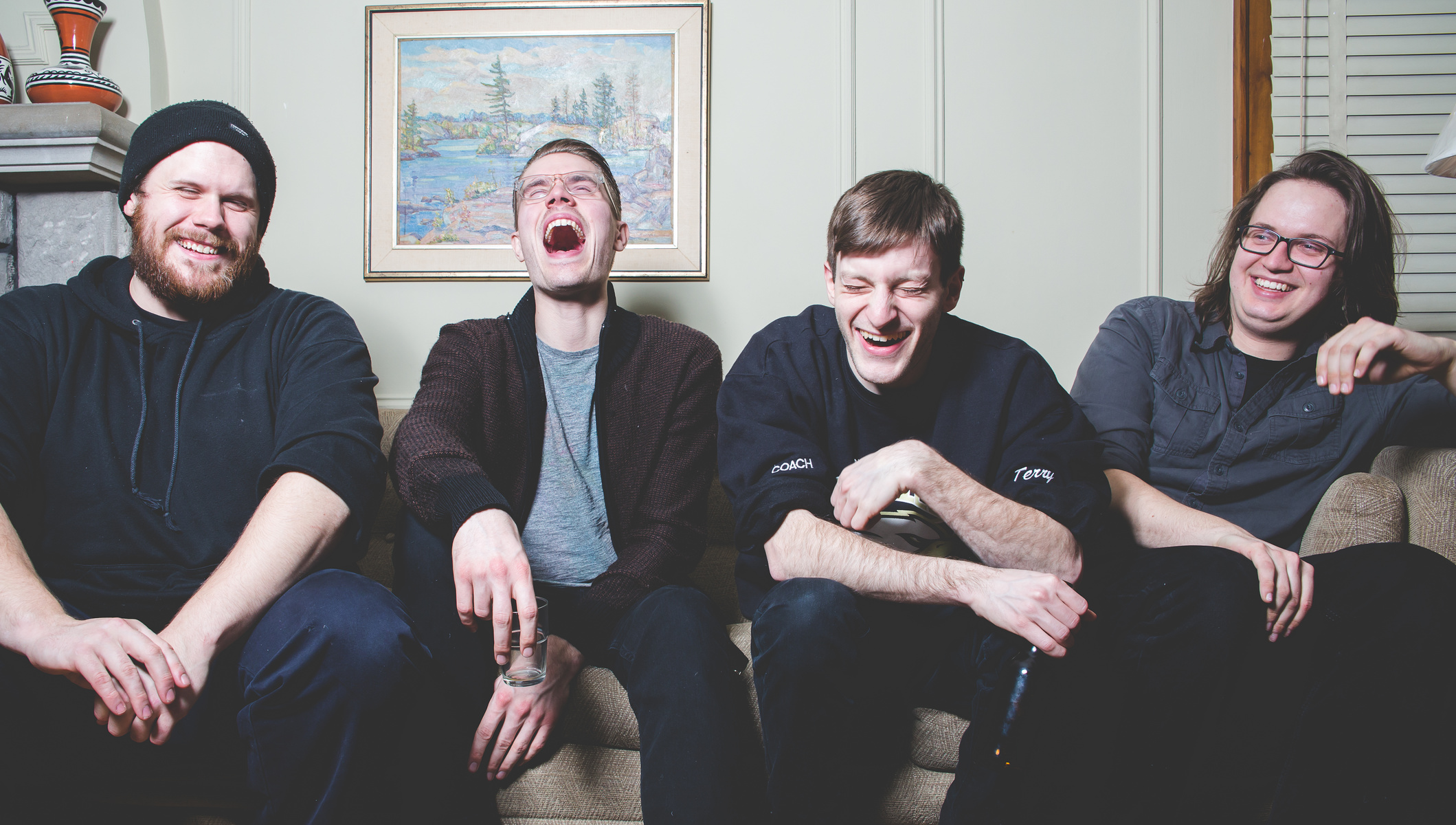 Be excited. Pup is coming! Pup will be playing the Red Dog on December 8th. Opening for them will be local Peterborough band Cross Dog (see the theme?). Pup brings a blend of melodic punk with indie-ish vibes, and a sound reminiscent of an early Billy Talent. Cross Dog rocks a similar style evocative of early hardcore, and is very riff-driven. Luckily, I had the chance to speak with Pup guitarist Steve Sladkowski prior to their performance. Instead of rambling on about the band myself, let one of the members tell you all you need to know.

Do you designate yourselves as a certain brand of punk? (Alternative, pop-punk, etc.)

Only when we're crossing the border and the border guards ask us what our band sounds like.

Some punk fans and critics have been dismissive of pop-punk since it emerged in the late 90s. Since Pup is a pretty melodic punk band, do you have any opinions on the debate?

We really just write the music we write. In terms of labelling, you can't really control what writers or fans say, think, or feel about your music, so it's best not to get too worked up about it one way or another. I personally wouldn't consider what we're doing to be pop-punk—pop-punk follows some very well-worn stylistic tropes that we almost wholesale avoid—but we do try and mix punk and pop elements, amongst many other things, so I can understand why people would be quick to use the word.

Do you have a good relationship with others within the Canadian punk scene? Who, in particular?

We've been very lucky to make some very good friends throughout Canada. Solids, The Flatliners, Cancer Bats, Metz, The Dirty Nil, Gulfer, PKEW PKEW PKEW, and many others. It really feels like punk/heavy music scenes are really healthy in this country; there's an audience for it and we've been very lucky to play with & meet a great many people working to keep it healthy.

What do you consider your influence on the Canadian punk scene?

I'd like to think that people see that hard work and commitment to craft can lead to success. That's really our only modus operandi.

In what direction do you see Canadian punk heading?

I think one thing that needs to happen in a lot of Canadian cities is the re-introduction of consistent all-ages venues and shows. It can be very difficult for younger kids to be able to see some of their favourite bands in real clubs—and that is such a fundamental experience for kids who want to start a band—that we may well see fewer younger kids getting involved in DIY if they can't be given an example of how to do it.

What about Punk in general? Some say that is ‘dead’.

I think punk in general can continue to grow and expand the representation of historically-marginalized voices. We need to hear more from queer voices; people of colour; women and trans people; and generally break up the white boys' club that punk can often feel like. Punk has always felt like an aesthetic and way of life that allows for multiplicity of expression - but it's important for that attitude to be visible both onstage and in the crowd.

We started writing songs in a basement because we wanted to drink beer and ignore real life.

If you had to pick three songs for an unknowing listener to understand your sound, what would you be?

Have you played Peterborough before? How do you feel about it?

Yes! We played the Red Dog once with the Cancer Bats and afterward we went to the Whistle Stop, I got Big Mac poutine, and then we watched a bunch of drunk assholes get into a fight outside the restaurant.

Can you speak about the new album? What has changed? What has stayed the same?

In terms of how we actually made the new record, not a whole lot changed other than making it in Toronto instead of Montreal. We still worked with Dave Schiffman because he is the best. I think a big difference is that we had a lot less time to write the record; because of this, we were much more condensed and focused in the writing time of the record and that allows for a more consistent sound song-to-song than the first record. However, our actual writing process isn't that different. We workshop things, demo compulsively, deconstruct and rebuild songs/riffs/structures up until almost the last minute, and generally get a little bit crazy and myopic about the whole thing. Whatever works, right?

Can you cite some influences for your sound?

Pup will be playing The Red Dog on Thursday, December 8th. Tickets are 12$ in advance, 15$ at the door.