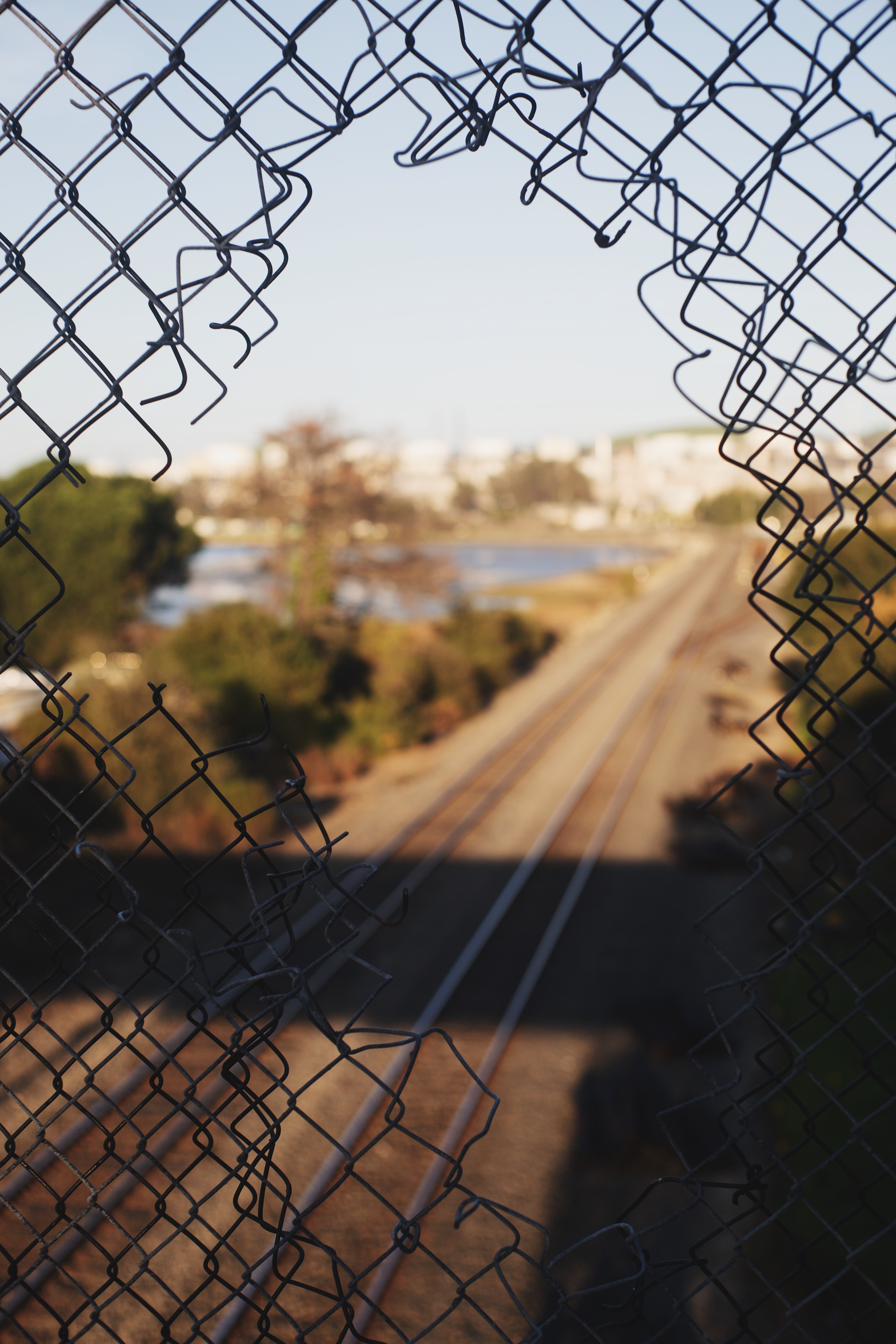 Photo by Giorgio Trovato on Unsplash

A Better Way to Talk About Crime

Trent’s Community Research Centre matches fourth-year forensic science students with community organizations to complete research projects—year-long assignments devoted to answering research questions provided by the organization. Arthur’s project is unique as it provides the opportunity for the student, as the “researcher in residence” to choose a topic of interest and related research questions.

In my previous article, I discussed the ways in which crime is reported on in The Peterborough Examiner. I found that very little journalistic analysis is devoted to the context in which crimes occur, except when sensationalizing high profile violent incidents. The Examiner publicly shames accused individuals by publishing their names and addresses. Articles often stigmatize unhoused people and drug users, blaming them for lost business downtown and preventing future land development.

Photo by Giorgio Trovato on Unsplash

It is easy enough to point out the flaws in The Examiner's crime reporting, but it is a much more challenging task to try to determine the “right” way that crime should be written about. While researching the question “how is crime in general reported on in local media?”, I discovered that crime is a subject that some Peterborough journalists take very different approaches to.

In this article, I will delve into another Peterborough publication — Arthur Newspaper. Arthur (which you’re reading right now) is Trent’s independent newspaper, established in 1966. Arthur is free of corporate ownership unlike The Examiner, which is owned by Metroland Media, a subsidiary of Torstar.

Arthur makes money primarily through the payment of levy fees —  $11.29 paid annually by full-time Trent students, along with some advertising revenue. The paper is free to read; in previous years it was printed weekly, but this year it is available online only. Its content is written by its editors, paid staff, and volunteers (both Trent students and community members) and covers a diverse array of topics and perspectives.

Crime is not regularly covered in Arthur like the daily crime reports in The Examiner, but there are some relevant articles that are worth looking at on crime, news reporting, and housing that highlight the contrast between these two papers. In the following section, I will summarize some of Arthur’s better articles, and compare them to Examiner articles on similar topics.

Zoe Easton’s article “Examining The Examiner”, like my project, specifically looks at the way crimes and arrests are written about in The Examiner. The author points out the disclosure of names and addresses of those arrested, specifically describing the reporting as “fearmongering”. Without dismissing the fears of others involved in this incident, the author suggests a more compassionate approach towards people in crisis, and to be critical about the way these people are treated by the media.

Nick Taylor’s article “Black Lives Matter in Peterborough-Nogojiwanong” is a long, detailed, and informative account of the Black Lives Matter rally that occurred in Peterborough this past June. The Examiner’s own coverage of the protest is not bad on its face, if a bit slim. The editorial “Nothing ‘light’ about police accepting armoured vehicle donation” is fairly informative and critical of the police budget increases and tank donation. However, it can ring hollow considering how heavily they rely on the police for their constant publishing of crime “articles”. Criticism of police is well and good but should not ignore the fact that they also receive material benefits from the police. Like the unnamed author of the editorial writes, “symbols can be powerful, but only when matched by action” indeed.

As I mentioned in my previous article, crime reports in The Examiner are devoid of the input of anyone actually involved in the incident. In “Chapter One of ‘Highway Robbery: An Odyssey of Bikes Stolen in Peterborough’”, author Katie Pedlar describes her experiences as the target of multiple instances of bike theft, and how she had to reconcile her ideals with the actual experience of being stolen from. Crime is complicated and so are people's reactions to it. This article shows how including victim perspective can result in a nuanced and pragmatic take on crime, class, and desperation in Peterborough, rather than the black-and-white, tough-on-crime views people quoted in The Examiner articles seem to espouse.

In “On Being a Student in a City with a Housing Crisis”, Nick Taylor draws attention to social determinants of crime — unemployment, addiction, lack of housing, food insecurity — factors that make life harder and illegal activity seem like the only option for survival to some.

Opinions published in The Examiner are often anti-affordable housing, anti-safe injection sites, anti-tent city, anti-panhandler —  but no real solutions are proposed. Business owners and land developers would rather complain endlessly that the police or city “do something” about people they find undesirable rather than take responsibility as an active member of their community to make their city a better place to live for all.

Ignoring the root causes of crime leaves the solutions for someone else to worry about. Perhaps this is why so many are resistant to defunding the police —  because then we’d have to take responsibility and take a collective approach to Peterborough’s safety, destroying the easily digestible narrative that crime is an individual choice rather than a public health issue that can be mitigated with social programs.

Articles in Arthur tend to reflect a more progressive point of view than The Examiner. However the writing is not always...good. The quality is inconsistent; many writers don’t have prior experience with journalism, so skill levels vary from article to article. This is not to disparage any of Arthur’s writers —  they all try their best — and I myself am a beginner. But it’s in the nature of the publication to be somewhat amateurish as it is usually the first experience young writers have with journalism. It is not unusual for these articles to have awkward writing or lack adequate sources. Arthur’s articles are progressive, creative, and sometimes clumsy, but come from a place of genuine passion and good intentions.

So what makes Arthur so different from The Examiner? Its status as an independent university newspaper means the paper has a fairly steady income in the form of levy fees (and some advertising). When a newspaper does not rely on paid subscriptions to keep printing, it allows for freedom to express opinions that are too controversial for a more conservative publication.

The Canadian Association of Journalists’ “Principles for ethical journalism” state “we avoid allowing our biases to influence our reporting.” Does this mean that opinion pieces are unethical? How can a writer avoid letting their own point of view influence our writing?  Arthur writers are not afraid to defend their point of view in their writing. “Hot takes” are a key part of Arthur’s repertoire; they’re what sets the publication apart from top-down news reports from some impassive, uninvolved narrator.

So what should be done? What am I hoping to achieve with this research project? Journalists should seek a balance between nuanced coverage of crime, without neglecting the real impacts crime can have on its victims. It is a monumental task (and probably impossible) to definitively find a way that everyone should write about crime. But looking at the different ways that Peterborough journalists write points to a possibility of a more empathetic, holistic way of reporting. Furthermore, with my survey and articles, I hope to get people thinking more critically about the way that local newspapers report on crime, homelessness, and drug use in Peterborough.

I’d like to extend a huge thank you to everyone who took the time to participate in my survey — I am so grateful for all the feedback. In my third and final article I will address the results of my survey and try to come up with some final answers to my research questions to conclude the project. 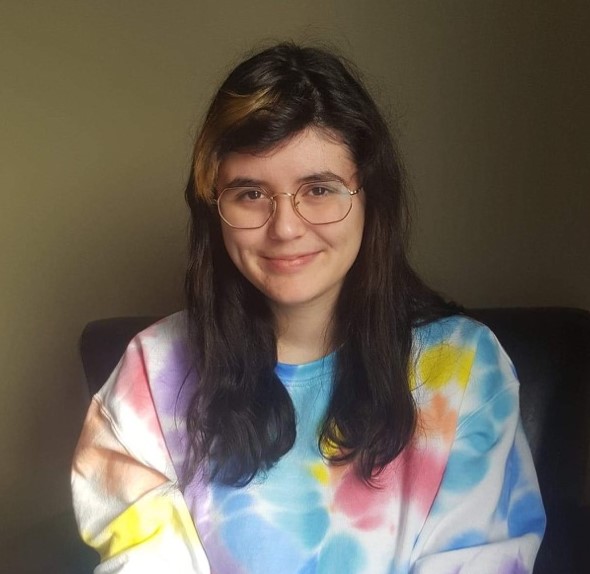 Examining the Examiner: Covering Crime in Peterborough
By
Alexia Kambanis
and
Culture
|
Arts

Community-Based Research: A Year in Review
By