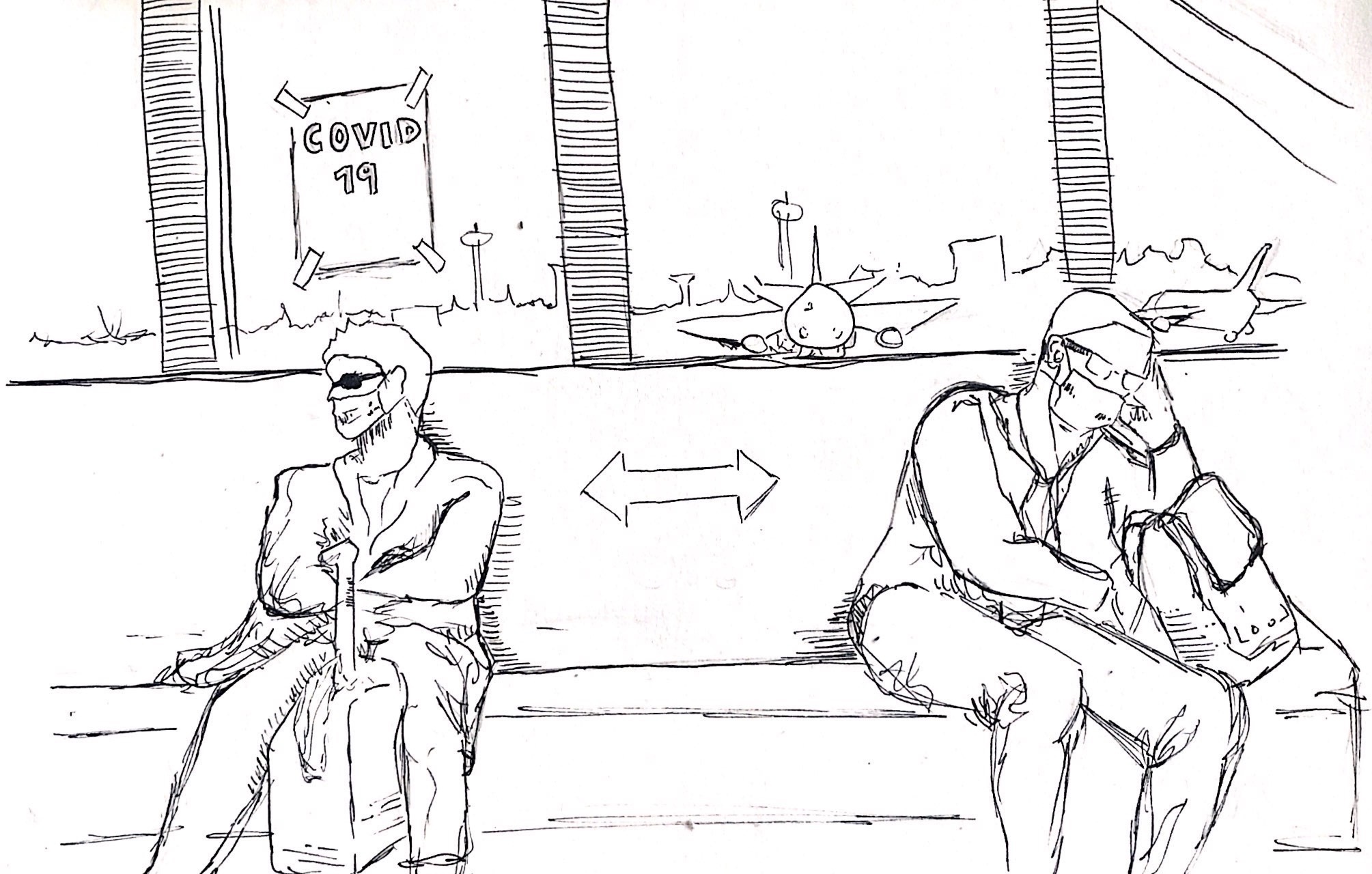 Fly me out of this Room

The idea of going home has always given me mixed feelings. At times it seems necessary and well-deserved to go back and feel like a kid again. Not worried about failing miserably cooking something way beyond my abilities. It is nice knowing that, after a long year of tragic news within lockdown resulting in episodic breakdowns, I was going to be able to see my mom, my dogs and some of my friends. To be able to lay under El Salvador’s sun and hear the ocean’s whisper once again, to speak my mother tongue rather than having to translate my soul everyday; fearing that my thoughts were not being expressed properly or that mispronounced words would slip out of my mouth. Ah, anxiety.

Heading  home is definitely a blessing…at least, for the most part.

If you were a rebellious child like me, freedom was the one and only thing worth fighting for. Just the idea of independence made me drool. The thought of growing up and the possibilities that  the (not so) distant future held were boundless. University was the place where all these fantasies were to come true. A manifestation of my wildest dreams. It meant freedom, it meant no more boundaries on who I was and who I was going to become. It was the beginning of everything.

First year of university is where you get your feet wet, your first taste of almost absolute freedom. Balancing between adulthood and teenhood. You get to experience a real sense of responsibility constantly sabotaged by the urge to party.  In first year, you have your fun… and your fuck ups. But hey, it's all part of the process. And it's worth it.

2020 was supposed to be a year of success, of self-discovery and flourishing. But then COVID-19 happened. It's been 7 months and I can assure you that I’ve mastered the art of sitting in front of a computer for hours straight without my legs going numb. And have learned the best remedy for an unbearable headache is a sip of cold beer. I have learned how to multitask by cooking breakfast while paying close attention to the discussion happening in a zoom session and watching the queen’s gambit all at the same time. I call that talent.

COVID has indeed created a new normal. The fear that has been promulgated has forced both physical and mental barriers between people. With classes online, for an introvert like myself, it was both a blessing and a curse. It meant that I wouldn’t have to introduce myself to the rest of the class. That I could type any questions or comments in a chat box rather than speak out loud and feel like all eyes were on me.

But it also meant that getting to know people and making friends was going to be an even greater challenge. It meant that I was going to have to spend even more time alone with myself… with my thoughts. For many, COVID has triggered severe anxiety, paranoia, depression. Something that I am witnessing all around me.

That’s why, when I first got the text from my mom telling me she had my plane ticket, I froze. Somewhere between ecstatic and concerned. Travelling mid-pandemic… what could possibly go wrong?

You know you’ve grown up when you put others safety and well being before your own. I felt a huge responsibility fall on my shoulders. Travelling was not an uncomplicated activity anymore. Travelling meant exposure and risk - to those around me, to my family on the other side, and to the airport workers. Fear didn’t arise from me getting sick, but from me spreading the disease. I choked on the idea that I could endanger someone’s life.

Walking into the airport, the place felt like a ghost town. Restaurants closed, people keeping their distance, watching over their shoulder if someone was too close, too threatening.  There were constant reminders of COVID-19 in every corner of the building. Very few people were flying, only employees roaming around and despite the situation, many of them were laughing. Underneath all the masks laid a sense of normalcy. The walls were filled with posters, attached by red tape, reminding us, alongside the incessant speaker, to keep ourselves physically distanced and tend to our masks; a gear that broke every bit of intimacy between strangers. It truly feels like a movie, this “new normal”.

To my surprise, despite all of this I could sense a longing among the people, for connection and peace of mind. For normalcy, and simplicity.  There were no signs of hostility. People went about their business, airport employees always wearing a big smile on their faces, conveyed by the way their eyes glimmered. The kind tone in their voices; ready to help you with anything you needed.

There was a sense of solidarity that outshined the virally produced fear-mongering. It was empowering to know that life went on and benevolence was still present among us.  A feeling of warmth embraced me when a man started a conversation as we waited to board the plane. Telling me about his daughters and profession. Expressing the joy he felt as he was now going to meet them again. Maybe humanity wasn’t as diseased as the news likes to preach. Travelling mid-pandemic was not what I expected.

Life can get blurry when you are trapped between 4 walls that claim to protect you.

What’s the Deal With Trent’s Party Life?
By
Evan Robins
and
From Irene Suvillaga 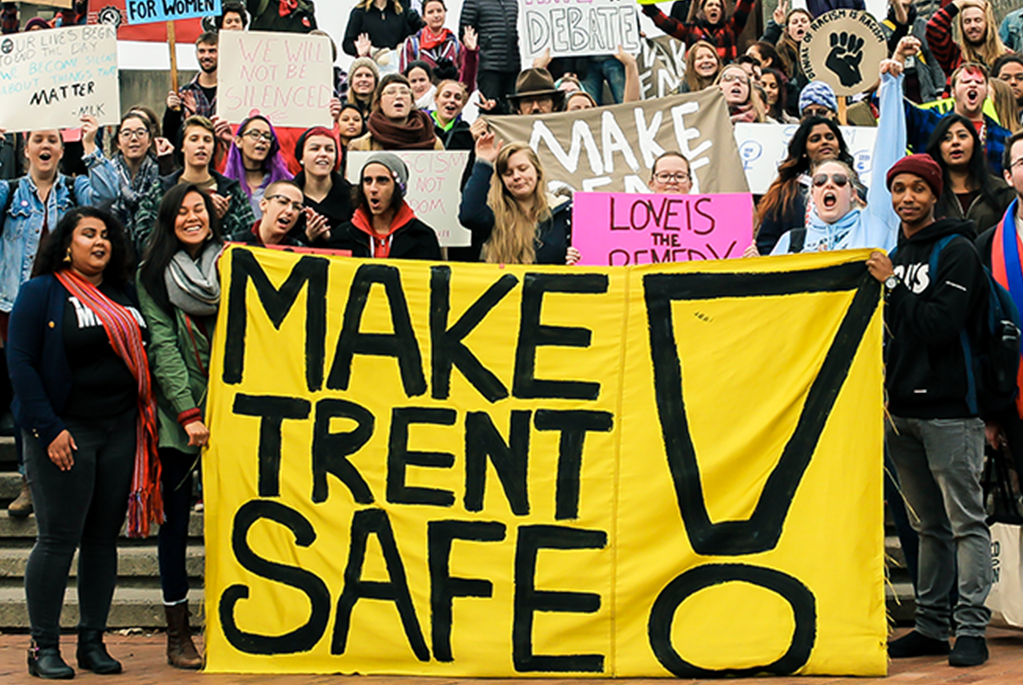 What’s the Deal With Trent’s Party Life?
By