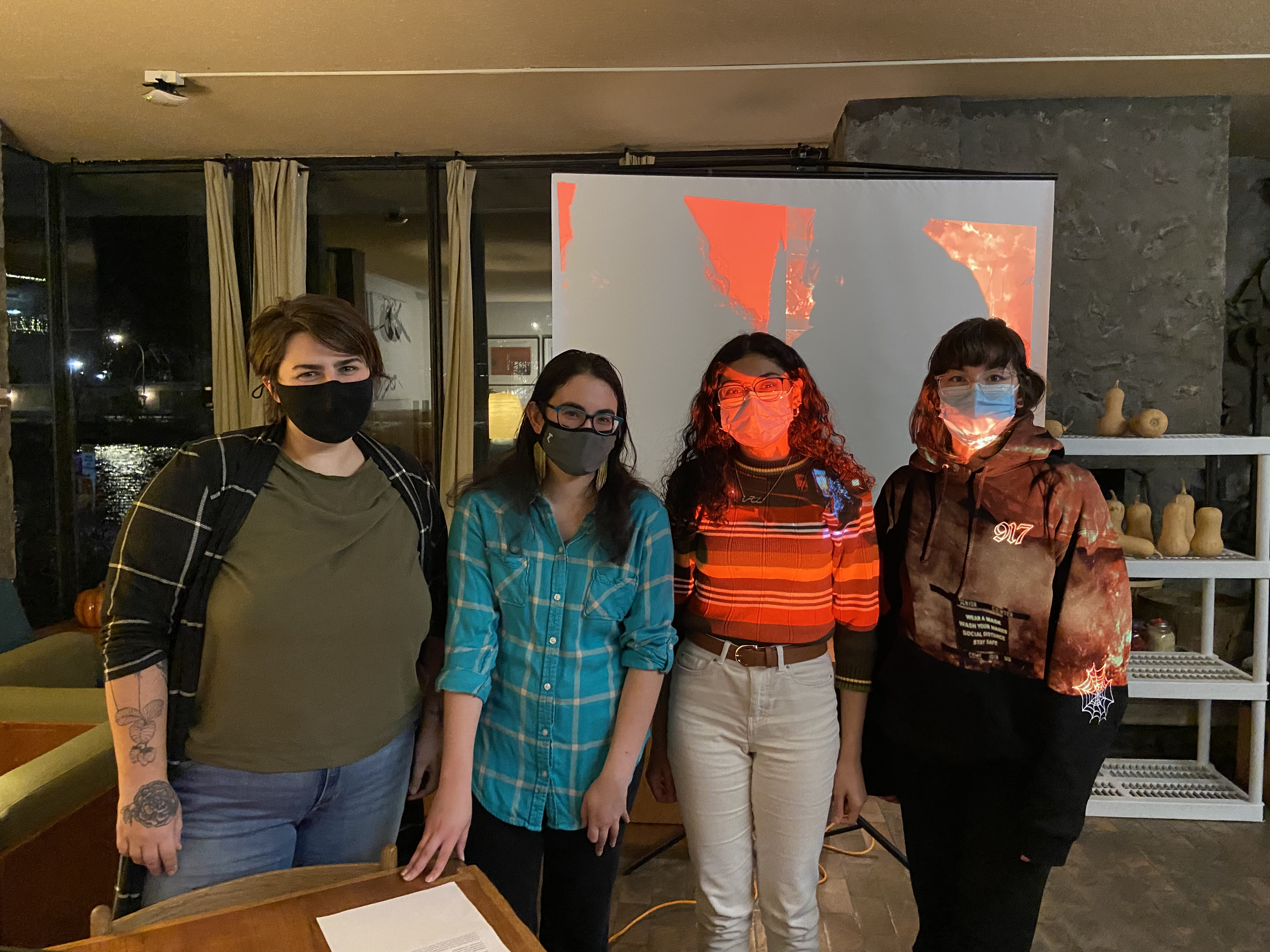 The Case for Divestment

Universities are central in driving social change. For the last century, these institutions have created the space and provided the platform for critical-thinking individuals who are able to imagine, who have the courage to take action and who have, through blood, sweat and tears, broken free from the chains of their respective contexts to build a better future for themselves and coming generations. For decades, students have fought against oppression. Anti-racism, women’s rights, LGTBQ+ rights, police accountability, peace and democracy, reproductive rights, among others, are some of the causes that have defined many of the freedoms we have today. Some of the greatest revolutions have originated with students around the globe who wear the value and love for justice on their sleeve.

To this day, in the midst of the 21st century, one of our biggest concerns is climate change - an expanding threat that has been undermined and neglected by politicians, world leaders and even civil societies. The threat of climate change, as outlined by the Intergovernmental Panel on Climate Change (IPCC), has been described by UN Secretary-General Antonio Guterres as a “code red for humanity,” with one of the main drivers of this human-induced global warming being the fossil fuel industry. Not long ago, Alyssa Scanga, member of levy group Sustainable Trent, wrote an article for Arthur in which she expressed that she chose Trent due to it’s ‘green’ image and well-aligned values. In the article she wrote how Trent “has a reputation for environmental excellence and respecting and honouring Indigenous knowledge” and yet, “their continued investment in fossil fuels is a betrayal of this reputation, of the entire Trent community, of the Michi Saagig Anishinaabeg land the school sits on, and of those who will come after us.”

Divestment has become a recognized strategy against the funding of oil giants that students across North America have pushed forward. In response, institutions have adopted a snowball effect throughout the region. But what exactly is ‘divestment’?

As you probably guessed, divestment is essentially the removal of investment, usually coming from moral reasons. Divestment aims to remove the social license of the fossil fuel industry by forcing institutions to remove their monetary support.

Divestment campaigns led by student bodies across universities have been successful and impactful. These campaigns are especially significant because they expose the intricate connection between universities, finances and fossil fuels. Trent, like many other institutions, has been scrutinized by it’s student body for it’s ongoing investment in fossil fuel companies despite several activist efforts. Trent’s first fossil fuel divestment campaign took place from 2012 (yes, 2012) to 2015. During this time, a referendum took place where 76% of students voted in favour of this strategy. Nonetheless, the Board of Governors still decided against it, stating that “after careful review, [the Board of Governors] concluded that divestment from fossil fuels is not the best approach for Trent University.” To this day, as the ramifications of climate change become ever-more present and as the direct link between the fossil fuel industry and global warming become increasingly clear, Trent continues to finance the very same industry that in the 1980s, privately predicted the apocalyptic consequences of oil and its emissions.

Over the last few months of 2021, divestment movements have gained momentum as universities across Canada and the United States have committed themselves to divestment strategies, meaning cutting off direct funding for oil and gas firms. The ramifications of perpetuating the investment of fossil fuels have been recognized by several universities including ivy league schools such as  Harvard University, University of Columbia, Oxford University, as well Canadian institutions including Concordia University, University of Guelph, and more recently, the University of Toronto and Simon Fraser University. Despite facts and evidence put forward by former levy group Fossil Free Trent in 2014, and Trent’s reputation for being “green”, the university’s stubbornness cost us the possibility of becoming one of the first universities to divest from fossil fuels and become an environmental leader in the global fight against climate change.

With the ongoing reluctance for Trent to divest, Sustainable Trent, alongside OPIRG (Ontario Public Interest Research Group) Peterborough and The Seasoned Spoon, hosted the workshop ‘Divestment 101’ on December 10, 2021. The workshop consisted of informing students about the divestment movement, explaining it’s history, context, significance and pressing necessity. Through a series of statistics and graphs, host and speaker Alyssa Scanga highlighted the importance of student mobilization. As Scanga explained, oil and gas take the largest share of Canada’s emissions at 26% and described how by 2030, the oil and gas sectors are projected to take up around 38%. Oil and gas companies have, for decades, actively blocked climate change action through what is usually called ‘climate denialism’ which can include tactics such as lobbying, misinformation campaigns, political donations and unfounded political influence.

Trent’s inability to hear students’ call for divestment, in my opinion, uncovers the university’s conflicted moral imperative corrupted by corporate influence in university decision-making bodies (aka the Board of Governors). As uncovered by a report done by Canada’s National Observer, Shell senior executives revealed how the company “would look unfavourably on any university that divested.” The report also exposed how corporations like Exxon Mobil and Shell Canada support research at Canadian schools “that might otherwise fall by the wayside.” The report further revealed that Shell's funding for Dalhousie University has totaled about 1.9 million since 2005 and has promised funding worth more than $26 million dollars up until 2020.

Although it is hard to find overt evidence of institutional investment between academia and oil and gas companies, an example of the links between these two industries can be found in Trent’s 2019 partnership with the University of Guyana (UG), funded by CGX Energy, Inc. CGX Energy is a Canadian-based oil and gas exploration company that, since 1997, “has been an active explorer both onshore and offshore Guyana.” CGX Energy invested $5 million (CAD) towards a new program, Advanced Academic and Research Program in Sustainable Transformation of Guyana, which sought to target and address the UN’s Sustainable Development Goals as applicable to Guyana. However, we should ask ourselves, how well can oil and gas industries communicate, frame and aid sustainable development?

Events like this that largely go unnoticed simply prove how much of a routine this sort of investment is.

In 2015, Trent University used their fiduciary duty as an excuse to continue it’s fossil fuel investment. This is ‘the legal requirement for investment managers to act in the best interests of the investment’s beneficiaries’. This includes the responsibility to manage funds prudently. This year, the Board of Governors has endorsed a move towards an active investment strategy for the University’s other major investments, such as it’s Endowment Fund, and is actively interviewing new endowment managers with environmental and socially responsible governance (ESG) expertise. The university has also adapted its building plans to be more sustainably minded and energy efficient.. The Board will continue to explore and discuss sustainable initiatives as it plans Trent’s future. Yet, an agenda toward divestment remains unvoiced.

The power of public opinion, however, comes from it’s capacity to withdraw consent, removing legitimacy by tackling the pillars of power one by one which are still held by social license. Remember folks, governments and institutions are there for us and thanks to us, not vice versa. 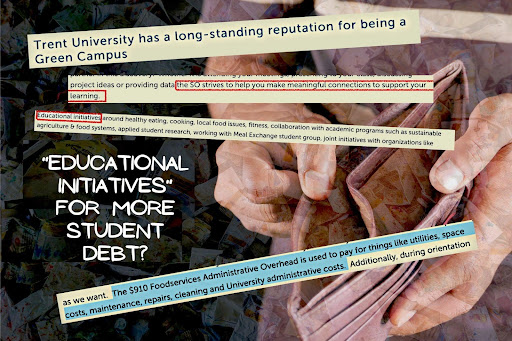 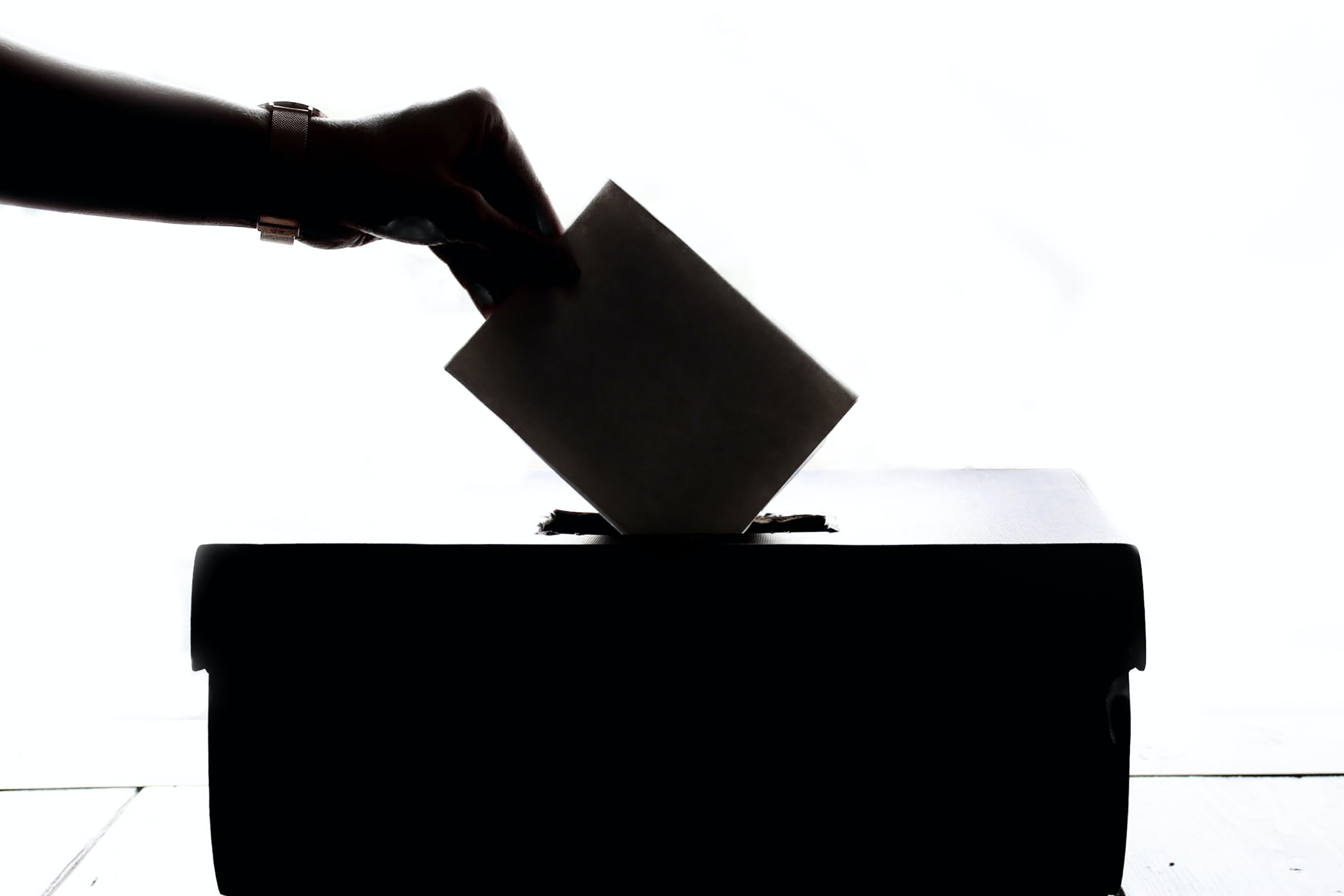 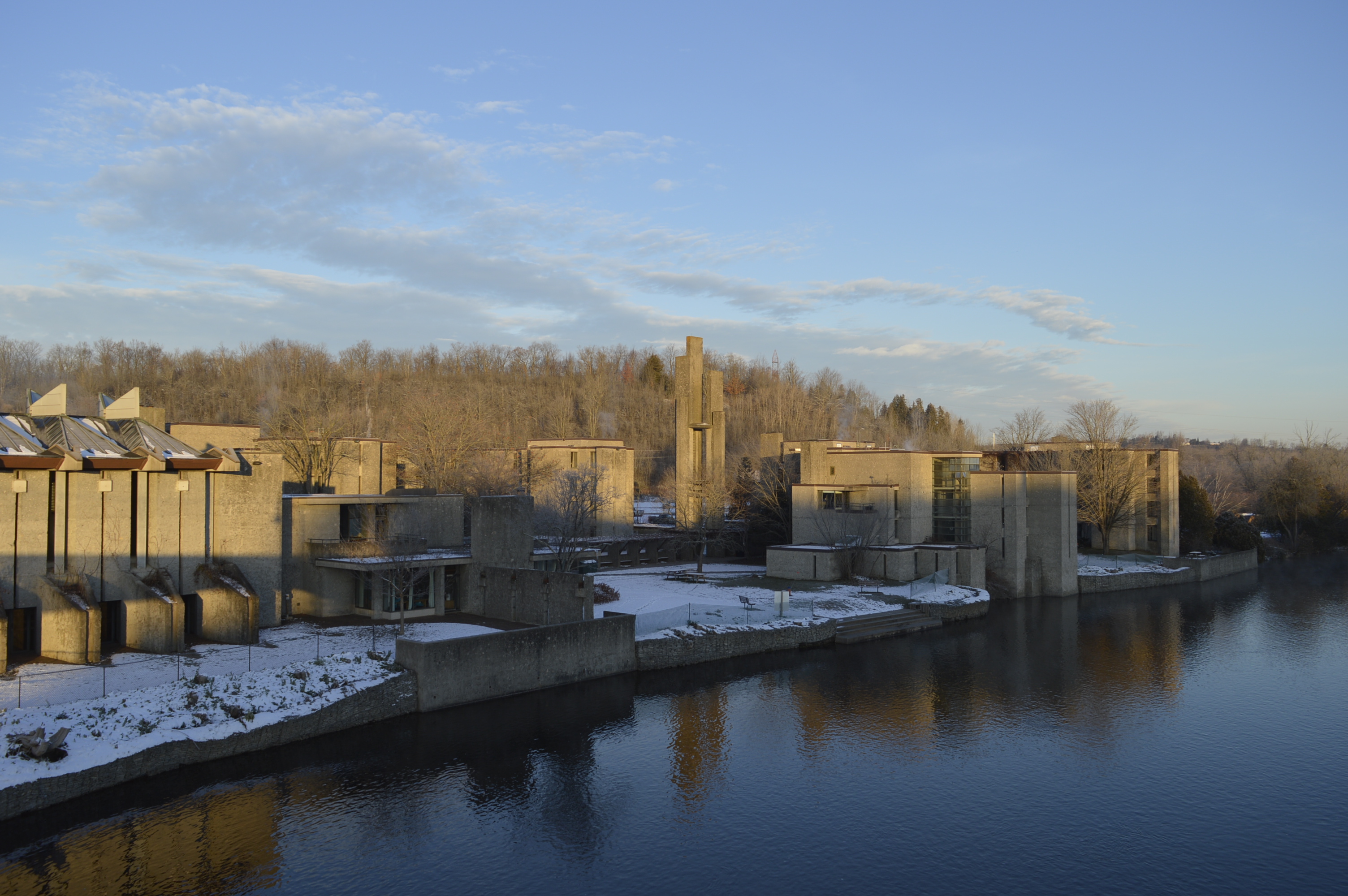 The Seasoned Spoon: A Food Haven On Campus
By
Stephanie Spencer

Why You Should Care About Sustainability on Campus
By

The Seasoned Spoon: A Food Haven On Campus
By
News
|
Campus