Daniel Crawford and Hannah Spinney working on 'For All That I Learned From You' outside of the TCSA office in the Student Centre.

'For All That I Learned From You' : Trent's Broken Promise to its Students

Daniel Crawford and Hannah Spinney working on 'For All That I Learned From You' outside of the TCSA office in the Student Centre.

For many Trent students, the student centre has become our second home within the boundaries of the university. We go there to study in complete stillness, to ponder on our next assignments while glancing over the river, and to energize our minds and bodies with caffeine provided by Starbucks, whilst spending time with our friends. It has indeed become a building full of new experiences and yet, we have lost the possibility to experience new ones.

I read somewhere that murals send messages of hope in grim times and provide inspiration when there is none. Artists pour their soul into their work for viewers to absorb, ponder and reminisce upon. Art leads to curiosity, vision and passion -- all the necessary virtues that unchain us from the dullness of daily life and bring us back to the easily-forgotten reason why we come to study in the first place.

This is Trent’s broken promise to us.

The now painted-over mural was the masterpiece of Daniel Crawford, a Trent graduate student, and Hannah Spinney who is originally from Nova Scotia. It was originally painted in 2019.

“For all that I learned from you” was commissioned by the TCSA for the once new Student Centre. As recalled by Hannah, “members of the TCSA visited Daniel’s studio during one of the Art Crawls that takes place downtown on the first Friday of every month. We both were working on separate wall murals in the space. Not long after, the TCSA reached out to us to inquire about commissioning a collaborative piece for the new Student Centre.”  She expresses that the TCSA “wanted something that would make the Centre feel less like an airport lobby.”

The thought-provoking piece was an amalgamation of the minds and hearts of two distinct artists in the representation of Trent’s essence; its architecture, landscapes and above all, its education and the meaning it has to its dear students.

Crawford expressed how “there was always a landscape of books, prints and photographs scattered along the floor and tacked to the wall. We would go for walks on the Trent drumlin or around the empty campus to work out ideas. The piece was deeply influenced by Trent’s architecture and landscape. We were also learning from each other’s way of working, as we learned how to work a piece from start to finish together.”

Spinney’s work is heavily influenced by surrealism. In her work, she seeks to explore female sexuality under an inherently misogynistic culture, how fetishism manifests under oppressive conditioning, sometimes embedded with depictions of mental illness.  “It aims to express states of feeling that are profoundly difficult to hold, and to confront, both within and without.”

Crawford’s endeavours, on the other hand, spring from his fascination of story-telling. His artistic process is usually led by “intuitive reactions to the unfolding of the piece mixed with moments of careful precision.”

The overall brainstorming and creation process took around a month. And during this time, both artists were praised along the way. “There were a few people at Trent (security and maintenance workers) who stopped by and talked to us about the process every day.” Crawford also remembers how “(Sport) teams would sometimes stop as a group to take pictures and ask questions, and it generated a lot of excitement around the creation. People would often ask us what it meant, which ended up with fairly involved conversations as we provoked them to extract the meaning with us.”

The mural’s creation was embedded in the desire “to provoke questions of how education is defined from both sides, framed by both teachers and students, and how academia interacts with the communities that surround it. Thoughts of classrooms being places filled with contradictory moments of boredom and inspiration, action and apathy. A space that can activate the vital awakening of consciousness or be used to deliver stifling propaganda. We wanted the wonder and tension that a student or teacher feels being part of an institution of learning to be rumbling underneath all the themes of the piece,” Crawford wrote.

In Spinney’s words, for both artists, the mural became “a crystallization of what we both found in coming to Peterborough - spaces to learn, to grow, to challenge old habits and ideas and push up to something more, something beyond whatever we were in that moment.”

Not long after its genesis, the TCSA found out that the mural was in violation of the lease agreement that the TCSA has with the University for the Student Centre. This short-lived masterpiece met its end even before its completion and future unveiling to all Trent students and individuals who would enter the building, precluding the opportunity to be left in awe.

“We found out that the mural was going to be destroyed when it was a little over halfway painted, which meant that we were now working on something that we knew would be destroyed.”

“I felt it deserved to reach an end and wanted to walk away satisfied that I had at least put all the time and effort into it as I could before it would disappear.” Spinney wrote.

The artists nonetheless remain grateful for the opportunity and the ability to learn and grow throughout the process.

“Though I am still saddened by the mural’s untimely demise, I am grateful that the opportunity existed at all. I think there is often an unnecessary obsession with preserving artworks, and there is a certain cathartic justice in the whole story,” Crawford expressed to me in an interview. “I like to think their energy seeps through the eggshell white paint covering them to whisper dreaming thoughts to people I will never meet.”

Crawford also said that there was some talk of getting both Spinney and himself back to do a new piece at Trent that would “go through the proper channels.”

If you liked the piece, you can find more of Daniel Crawford’s work at @Danielcrawfordart (instagram) and www.Danielcrawford.ca (website), and Hannah Spinney’s work can be found at (@hannahspinneyart).

January 22nd TCSA Meeting; or, Three Hours of Passing the Buck
By
Evan Robins
and
From Irene Suvillaga 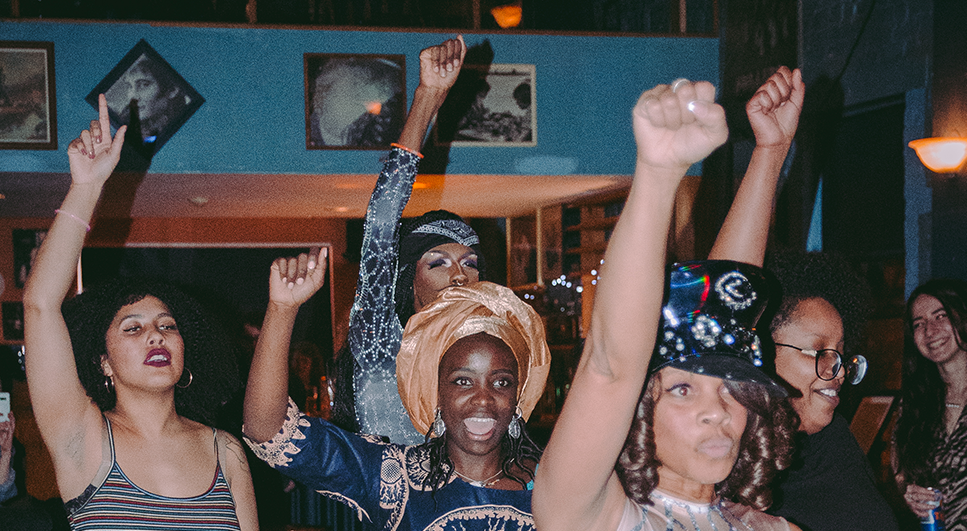 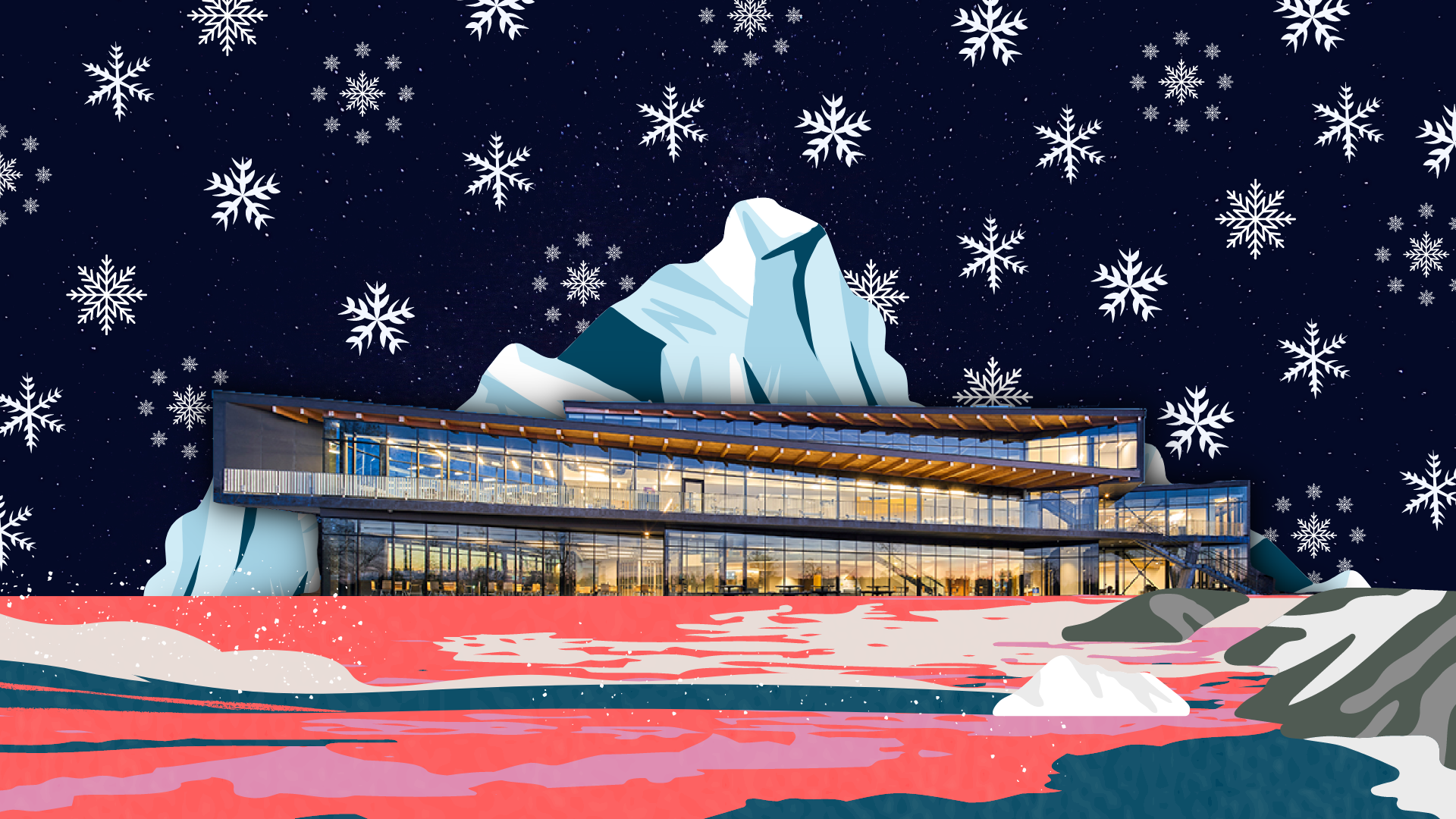 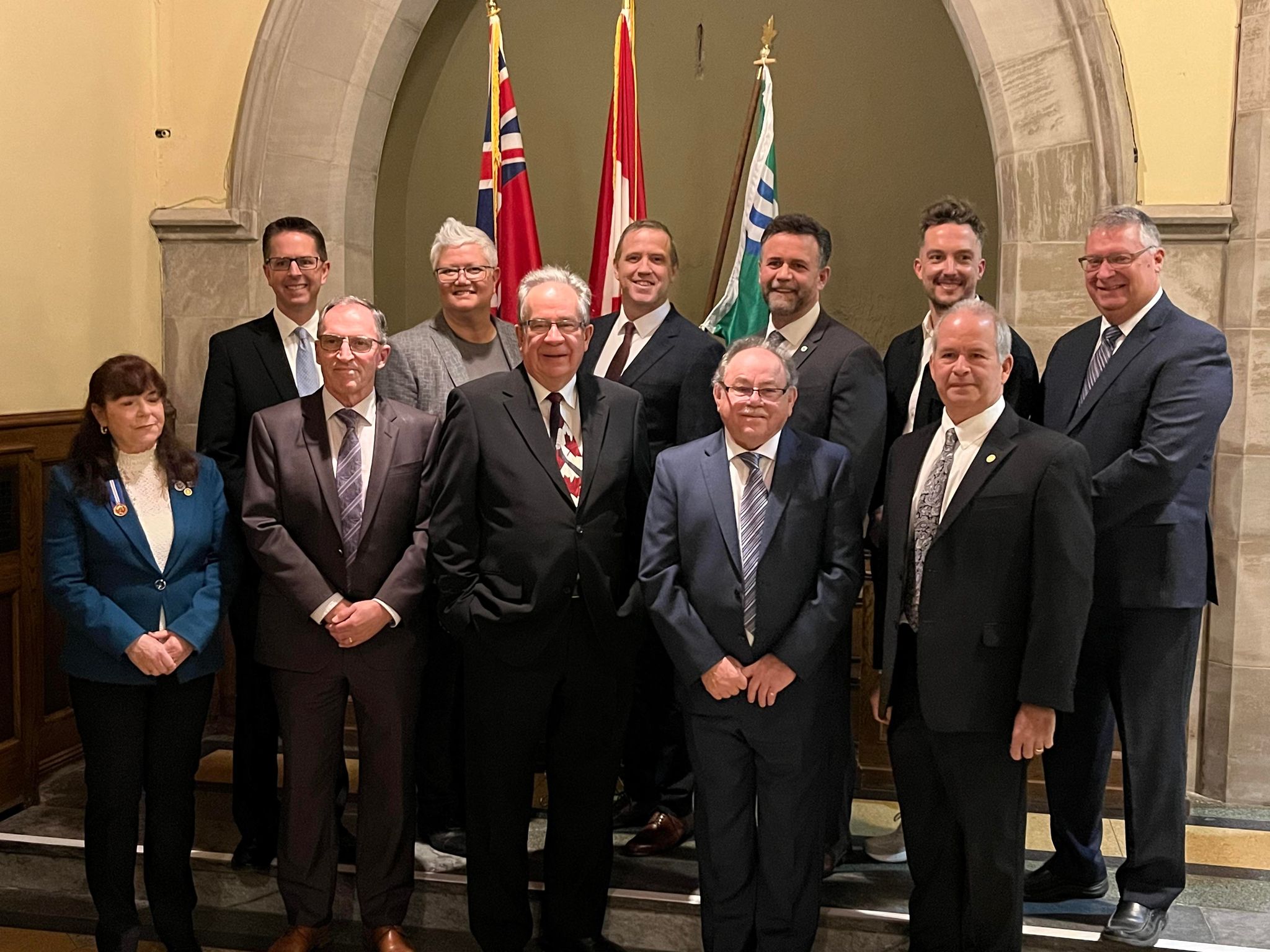