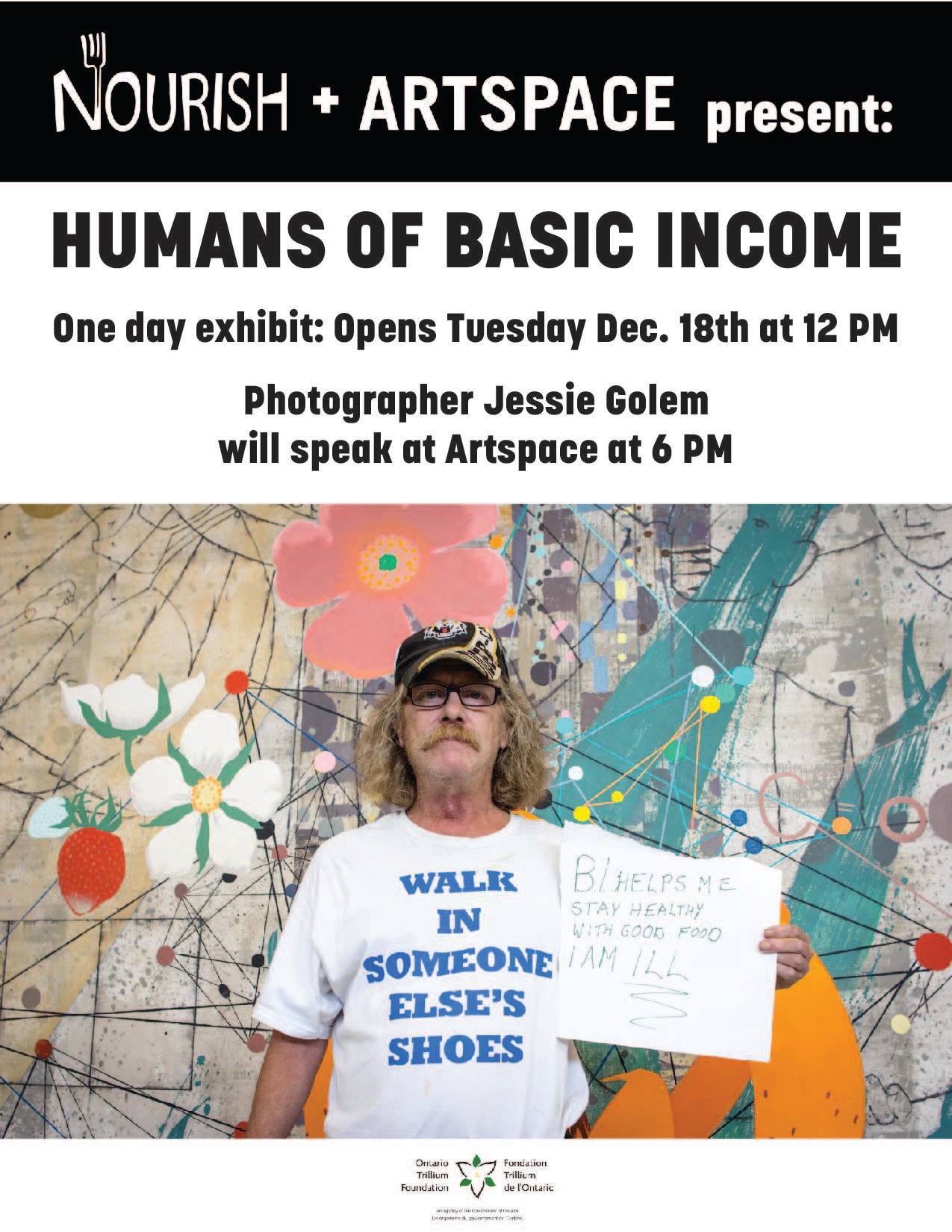 Humans of Basic Income Coming to Peterborough in December

Nourish Project Peterborough, in partnership with Artspace, is hosting Hamilton-based photographer Jessie Golem at the Artspace on Aylmer street.

The Nourish Project “uses a collaborative approach to grow access to healthy, locally-produced food, food literacy, and food advocacy.” Their aim is to “develop a dynamic local network of places for food dedicated to community, health and fairness.” Their guiding principles are the power of food, empowerment, justice and fairness, strong communities and the power of our collective strengths. Food being the driving force and focus of their organization, Nourish recognized the impact that the OBIP had on Ontarians.

A Hamilton native, Jessie Golem has been a photographer for almost ten years. Her portfolio features a variety of wedding photographs, events, and portraits and she works as the Operations Manager at Photographers Without Borders, an organization that caters mostly to NGOs and non-profit organizations around the world, providing them with the power of visual storytelling.

Golem followed the Ontario Basic Income Pilot Project (OBIP) which provided basic income to eligible individuals and couples. As described by the Ontario Ministry of Children, Community and Social Services. This Basic Income was a payment given to eligible parties that would ensure “a minimum income level, regardless of employment status.” While this pilot project was in the works as early as March 2016, the announcement of its commencement took place in April 2017, and the first phase of enrolment ended in April of this year.

The project aimed to study the effects of these payments on areas such as healthcare, mental health, education, employment, and housing, focusing on two distinct groups. One, the “Basic Income Group” would be receiving monthly basic income payments for up to three years, while the other, the “Comparison Group” would not receive these payments but participate in the research portion of the study.

The goal was to determine whether a provision of Basic Income helped those “living on low incomes better meet their basic needs and improve their education, housing, employment and health.” Over 4000 people were enrolled in the pilot and in receipt of the Basic Income payment, while 2000 were participating as part of the comparison group.

The cancellation of the OBIP project inspired Golem to create a portrait series of the program’s participants to show the impact the project was having on Ontarians’ lives. Simply titled “Humans of Basic Income,” the series features several participants in candid shots, holding up boards that explain how the program has helped them and/or why they supported the pilot.

From men to women, small families, single-mothers, and people with a wide variety of abilities and disabilities to various ethnicities, across several counties and cities. Some of the participants share their joys and enjoyments of the simple securities many take for granted, from food — “When I was on Basic Income, I had enough money to buy groceries and still have money leftover” — to support through difficult times: “Basic Income was helping me afford an individual therapist for the first time in my life.”

In the words of one of the participants: “Basic Income isn’t Basic. It is many-layered and healing for we recipients and our community.”

The Humans of Basic Income Exhibit and Talk will take place on December 18, with the exhibit opening at noon and the talk at 6 p.m. The event is free and open to all who are interested. 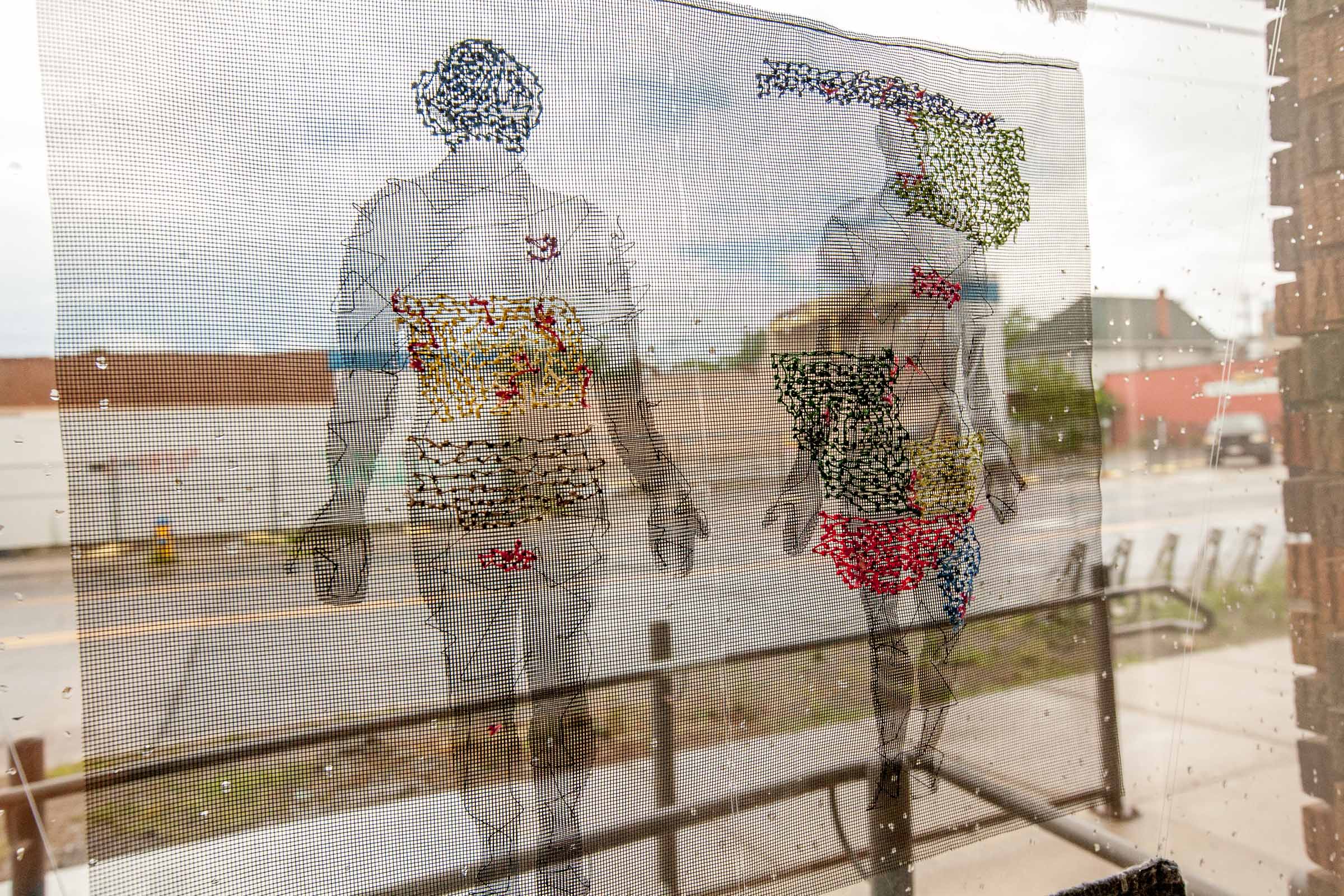 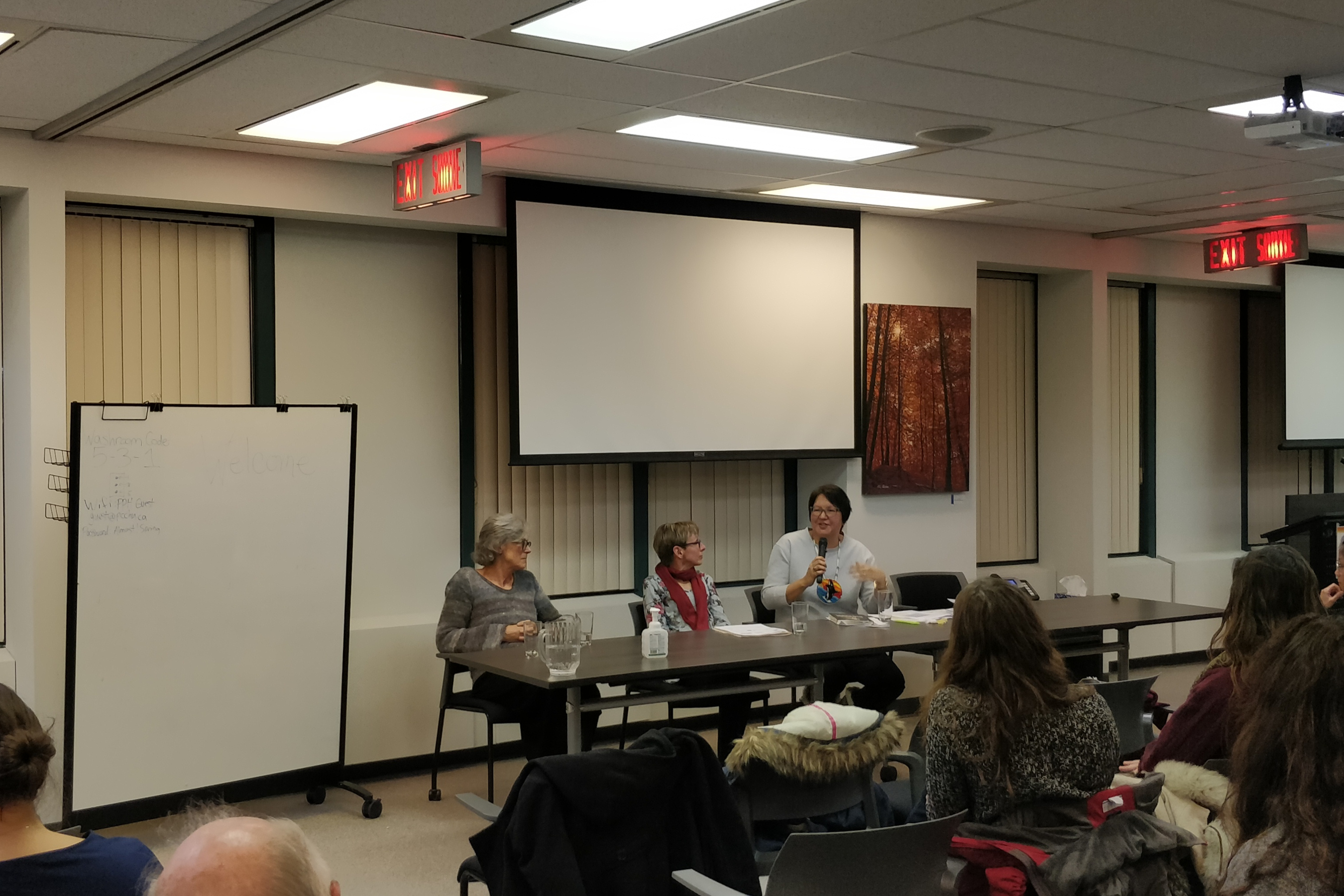 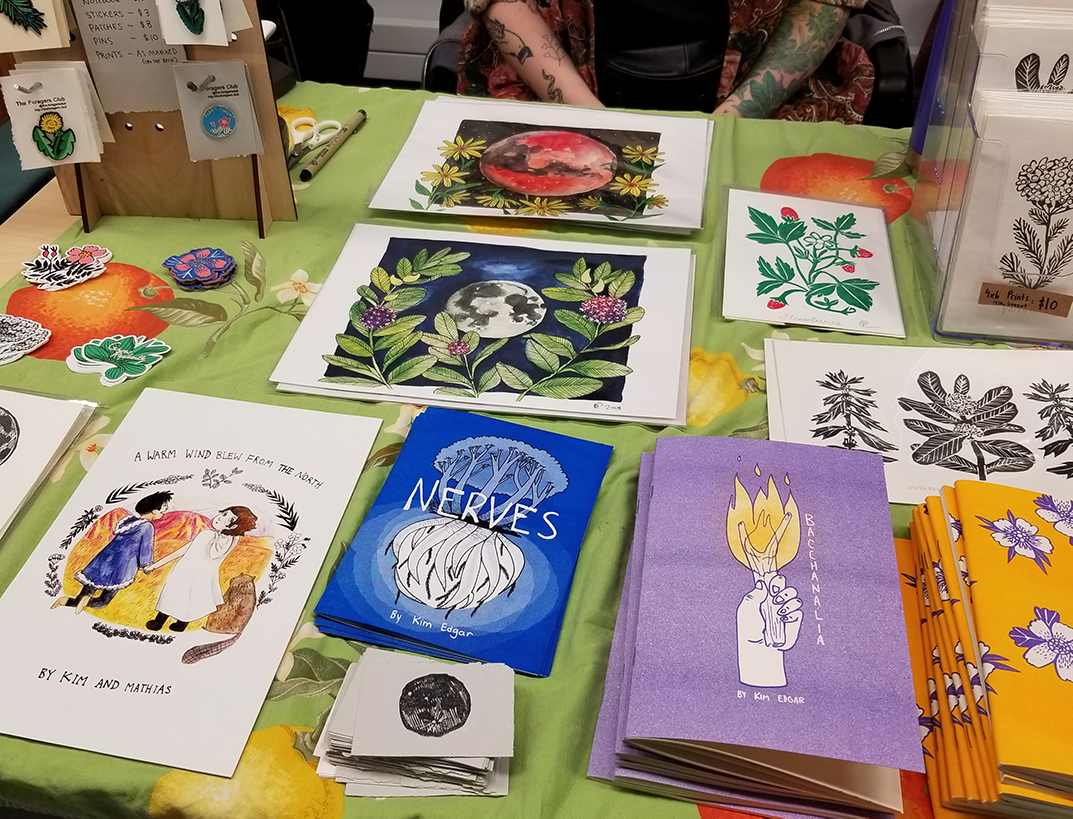 Mapping Memories of a Company Town
By
Nicholas Taylor