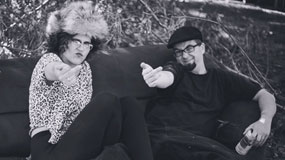 Bumpin’ Tacos is a two-piece band hailing from our very own Peterborough, Ontario.

They’ve been together for three years now, and have played at several venues all over Ontario.

With a beginning similar to that of Jack & Meg White of The White Stripes, lead vocalist and guitarist Mike Pietrasik taught now-drummer Amanda Mackey how to play the drums, resulting in what is now Bumpin’ Tacos. They’ve played with many other bands in the area including locals Watershed Hour.

I got together with Pietrasik at The Only on Hunter Street and discussed the multiple meanings of their band name, Peterborough’s music scene, and more. Read on!

How did you guys first get together?

Started about three years ago. I started just by giving Amanda drum lessons, and I just started teaching her, started playing riffs, and those riffs turned into songs. And we started a band.

Where did your band name come from?

Well, you know when you’re doing the whole band-naming thing and you go through a whole bunch of them? Well, I’d actually thought of the name years earlier, then forgot about it. I remembered it, and, um, I don’t know if it’s got any meaning or not. I mean, obviously it’s got certain meanings, but we don’t take ourselves too seriously.

There’s some stuff in our music that could have some sort of metaphorical meaning if you want to look into it in some lines, but if not, it could just be something fun. That’s sort of like our name. You know, Bumpin’ Tacos. It’s a sex position, or it’s just happy, because people like tacos.

That’s one aspect, but at other times, when people realize what it means, that it’s a position that has to do with lesbians, their reaction to that should just be a normal reaction, and if they find it offensive, then it’s like there’s something they have to think about inside themselves.

So, it could potentially be thought about at that level. [The name] has however little or much meaning you want to take from it.

Have you ever gotten any comments about your name?

Oh yeah, we haven’t actually had any negative ones; everyone seems to like it. No hate. A lot of girls hit on Amanda after our shows.

Do you have any physical albums?

What are your favourite venues to play at?

We’ve played the usual Peterborough places, like the Red Dog, Garnet, The Spill; those are kind of the main places. We’ve played in Montreal, too. Last Spring, we played the Misfits show at the Venue, and just today, got confirmed to play Toronto on March 29 with the Misfits again. We did a tour across Sarnia, London, St. Catherines, Ottawa, Montreal, and this spring, we’re touring from here all the way out to Vancouver Island and back. The Garnet and the Spill are kind of like our home bars; we both really like playing there.

Awesome! Do you find that certain music communities receive your music differently than others?

Sort of. I mean, we play a lot of punk type bars and shows, but we’ve also played at The Wire and people liked us there, and we didn’t know what to expect. We get a lot of people who I wouldn’t expect to be into us actually liking our stuff.

I pretty much write all the songs and then I’ll bring them to Amanda and show her. She’ll let me know if a part sucks or not, and we’ll tweak them. I just bring the whole thing to her, tell her what to do, then she argues with me and changes it.

Cool, okay. So, you write the lyrics. Is lyrical content important to you guys?

Basically, we’re just trying to make music fun, and make the kind of music that we would wanna hear. We got reviewed in The Wire, and the comments we got were based around that, like, “You guys sound like a fun band.” And we like to pick up on that. I’ve got other bands that I write lyrics for but usually music comes first and lyrics come second. A lot of the times it’s like a phonetic thing, getting the right kind of rhythm and seeing what rhythm fits. We have some lines that aren’t anything, but no one can tell because we’re screaming, and it just fits.

Between the two of you, who would you say your main influences are?

Amanda listens to everything, and so do I. But Amanda’s probably the most heavily influenced by mid-’80’s old punk-rock, mostly from the west coast, like Black Flag, Dead Kennedy’s, and Minor Threat.

How would you describe your sound as a band?

We’re definitely punk-rock. A lot of people are impressed that we can sound like a full band when there’s only the two of us. We use pedals and I use amps and stuff to fill in the sound. I also split through an octave pedal into a bass amp so the bass is still there.

Who would you love to tour with or share the stage with?

Oh, jeez. Amanda would probably choose someone different, but I’d probably want to play with No Means No. They’re from Vancouver and have been around since the ‘80s. They’re one of the best bands, I find.

What do you think about Peterborough’s music community?

Well, I mean, part of the reason we have so many recordings and music videos is because there are so many people in this town that are willing to help us out with shit, right. Like we’ve got Brian Mutolla and Mike who did our videos for us, we have Miles, a guy at the space who gives us the jam space. He helps us out with equipment and prints all of our CDs. We use different artists in town to do our artwork, and even on the next album we have Benj Rowland who’s in the Mayhemingways. He’s gonna be doing some accordion tracks. We’ve got Sean Conway on guitar for us. On the album before that we had Pat Walsh doing harmonica.

We have just been using everyone around; we had our friend from Toronto Twitchy who does, like, hip-hop stuff. We went kind of half pop-punk, half hip-hop on our last album. He did our album art for 16:27.

Peterborough’s got a large arts community, so we try to use it as much as we can. [We have] Jillian Turner, who usually does poetry, in our last video, flipping pages with pictures in it.

So, I heard you’re recording this weekend. Is that for an upcoming album?

Awesome. Is there a variation in sound?

We’re getting better, you know. Like I said, it started out with giving Amanda drum lessons, and I mean, Amanda’s getting better all the time. We’re good because we’re simple and we’re catchy, so we don’t want to start learning more and trying to style it all up; we want to keep it catchy.

Where can people find your music?

Come to the CD release! We have the Misfits show on March 29 in Toronto, and we’re going to see if we can try and get a party bus for that. 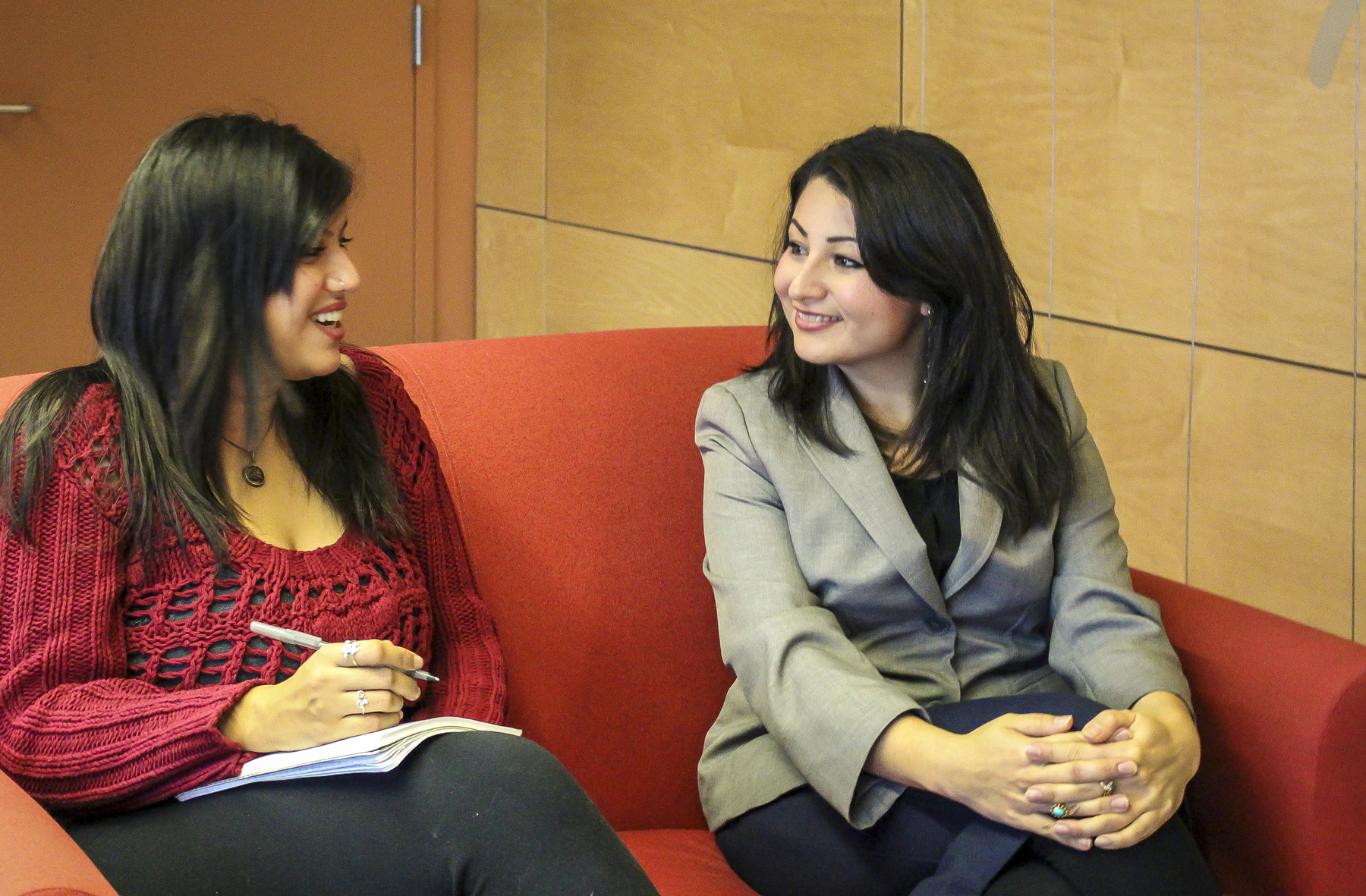