The Most Epic of all Hockey Games: The East vs. The West

It was around Reading Week last semester when somebody had gone on a chalk attack against Trent’s concrete, scrawling “#CoachGill” all over.

The following week, prospective students toured Trent during an open house, and many had to be wondering, as much as the rest of the Trent community was, who is this Coach Gill?

Fast forward and we now know what it was all about—a campaign for Gillian Fraser to become coach of Trent’s East Bank hockey team.

Whether it was the hashtag hype that spread across campus and Twitter, or Fraser’s application that read, “I’ve never wanted anything more in my life,” we can’t be certain, but the combination landed her one of the eight coaching positions on the 3rd annual East Bank vs. West Bank hockey game.

The process for becoming a coach in the Battle of the Banks game had previously been a “who you know” type affair, but this year was different. “We decided to do an application process this year to make it a little more fair,” said one of the event organizers, Felicia Birmingham. “The application process was to be around two hundred words long. Any candidate who wanted to coach had to submit an application saying why they were qualified, their involvement with Trent, why they should be coach, and what made them a good coach.”

“I wanted to coach since last year,” Fraser of East Bank revealed. “When it came around to it this year, I wanted to make sure I got it.” Coach Gill, although never a hockey player, is not green to the field of competitive sports and has played for Trent’s varsity soccer team. “I’m not going to be calm. It’s easy to get caught up in the competitive energy,” she said, adding, “I’m not necessarily a tactical coach because I can’t skate and I don’t play hockey. My style will be more inspirational, like a Nike commercial embodied.”

There is a lot of hype surrounding Fraser and her coaching debut, and she doesn’t plan to disappoint. “I’ve memorized every sports speech from every sports movie ever, so they [East Bank players] will definitely be inspired,” she laughed. Although she doesn’t have many trick plays up her sleeve, Coach Gill promises, “I do have a lot of chirps planned.” She also plans to “go as Don Cherry as possible” with her dress attire. “I have all this buzz about Coach Gill so I have to represent.”

On the other hand, the West Bank doesn’t have the same star power behind the bench but they do have four qualified coaches, one being Ryan Gilchrist, who played nine years of minor hockey, and, after attending the game last year, described the atmosphere, “People are all riled up, taking their shirts off ... you know, it’s a hockey game, and people [are] going insane.” Gilchrist isn’t as prepared for the game as Coach Gill, but he does have one ace in his pocket to get his team excited, “I might play some pump-up music like ‘Sandstorm’, a classic hockey song.”

Logic will tell you that there isn’t much separating the East Bank from the West Bank, just a bridge and river, but people who have been to previous games will tell you that there is definitely pride at stake. In Canada, where many things are measured by one’s prowess on the ice, Trent is no different – the hockey game offers both banks the opportunity to further their case of being the superior side.

The West Bank is an ode to the past with its old-fashioned architecture, the Champlain residence often being described as “Hogwartsesque.” Whether the fact that your building looks like something out of a Harry Potter movie is something to be proud of or not depends on which side of the bridge you call home.

This applies to the East Bank as well. While Eastbankers may refer to Gzowski College as eloquent, and a signpost to the future of Trent, people of the West Bank see it as just a giant block of Swiss cheese.

We know all the bickering back and forth comes in a fun, light-hearted manner, but on ice in the past two years, East Bank has dominated, winning both Battle of the Banks games.

The success of the event in previous years has prompted event organizers to move the game from the Evinrude Centre to the much bigger Memorial Centre, where they hope the game can grow even bigger with a capacity for 3,500 spectators.

“The spirit is just crazy! It’s so loud in there and everyone is cheering away. It is a just great event,” said Birmingham.

Trevor Green will be returning as goalie for the West Bank side for the third time. He spots the East Bank vs. West Bank games as up there among his favourite hockey memories. “It’s the most electrifying experience, ike that one time you get to be a pro,” he remarked.

Pre-sale tickets are on sale for the game that will be happening on Thursday, January 17 at 10pm. The pre-sale tickets offer more than just admission. With your $6 ticket, you also get a t-shirt and entry into three exciting draws: a $50 cash prize, two Petes ticket, and two Toronto Maple Leafs tickets.

Following the game, there will be an after party at ARIA, a 19+ event.

As with any good rivalry, there must be a little controversy. East Bank has won both hockey games so far, but Green suspects, “They [East Bank] have been recruiting every year. They just keep it under wraps.”

Bennett Liddycoat, a resident of West Bank’s Champlain, will be the goalie for East Bank this year. “I wasn’t going to play, but I got a phone call saying East Bank needed a goalie, so I figured why not?” Liddycoat said.

The two coaches held varying opinions on the matter. “I don’t think that’s fair. It should be like the Olympics where you play for your side,” said West Bank’s Coach Gilchrist.

When first asked about cross-bridge recruitment. Coach Gill played coy, but eventually admitted, “I heard we had some trouble getting a goalie.” She sees nothing wrong with it either, adding, “Well, I think recruiting, that’s just plain smart. If somebody from West Bank wants to represent our bank, that’s on them. We are clearly the better bank.”

Clearly the better bank? I’ll guess we’ll just have to see on Thursday the 17th.

Letter to the Editor: It’s time to take back Peterborough ... somehow?
By
Alexia Kambanis
and
From Matt Douglas 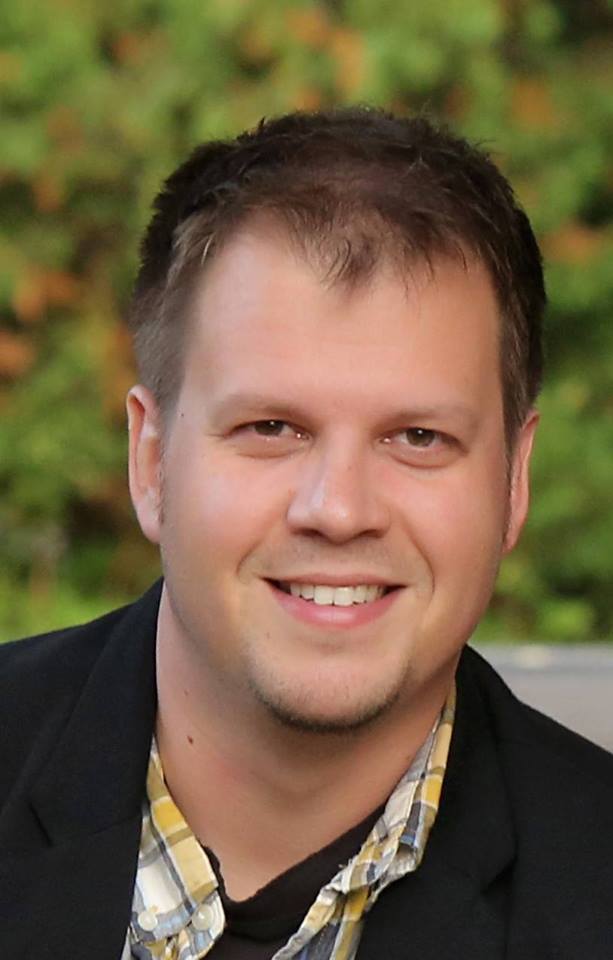 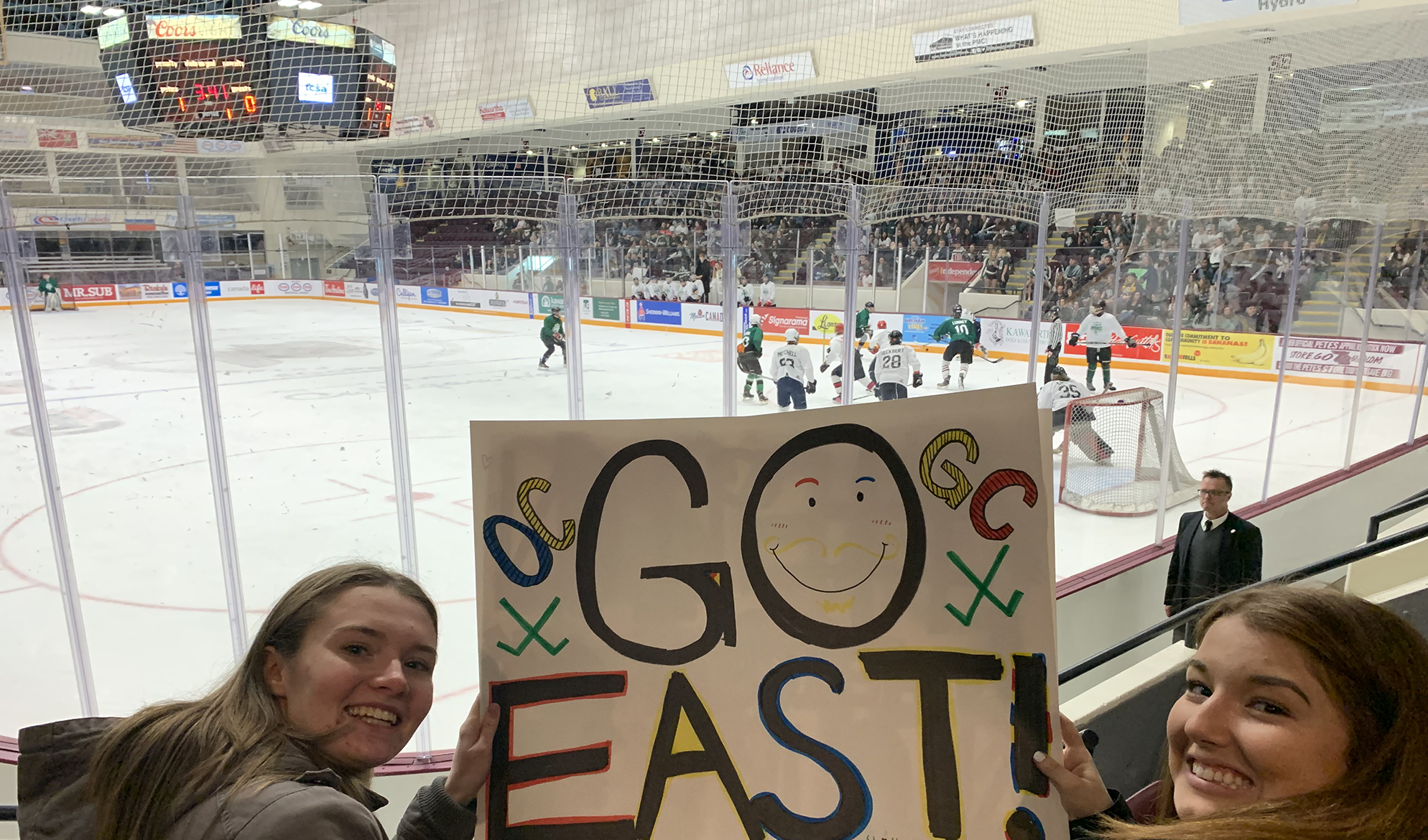 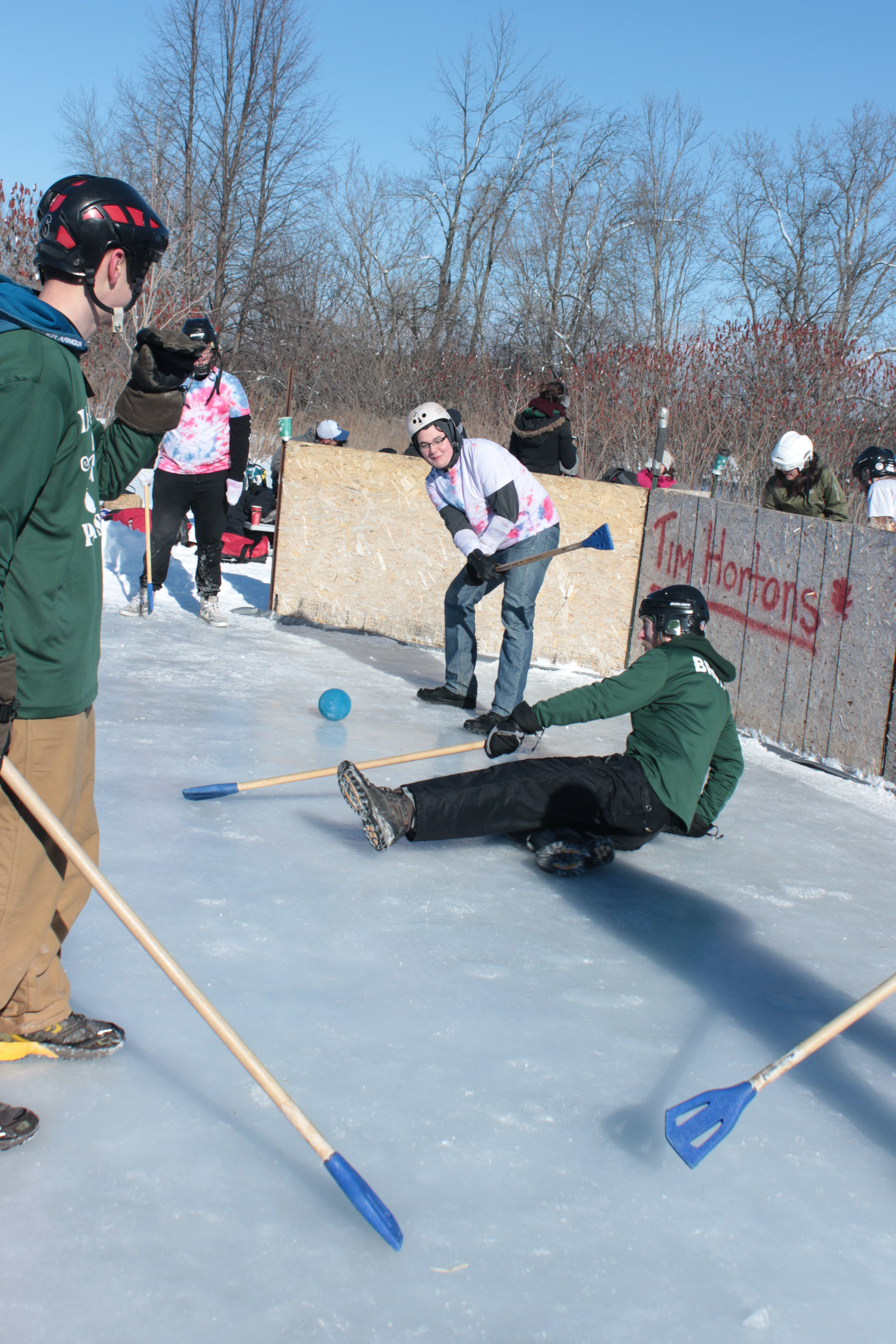