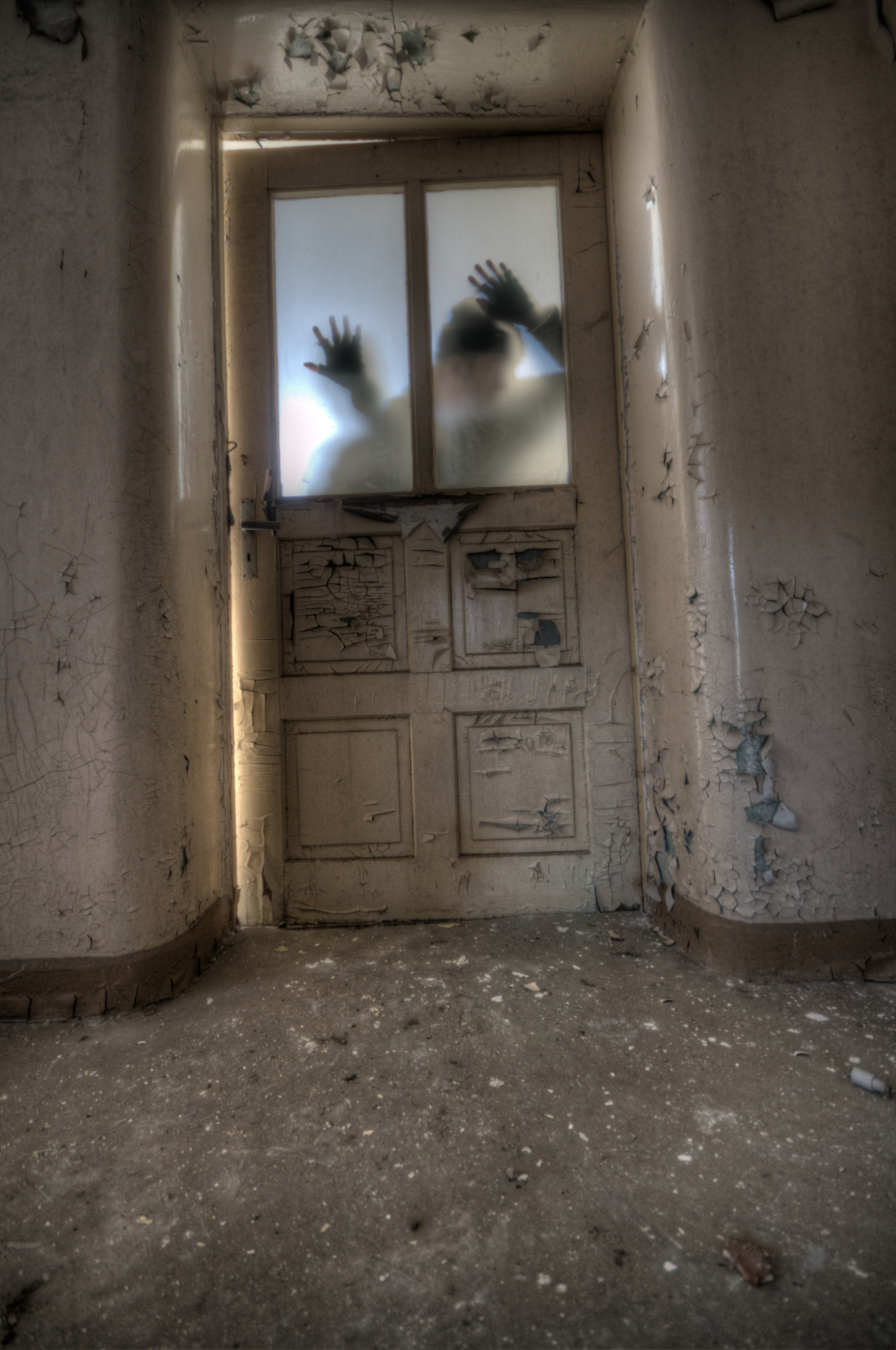 Photo by Nathan Wright on Unsplash.

The Poltergeists of Peterborough

Written by
Kayla Patterson
and

Photo by Nathan Wright on Unsplash.

Halloween -- the much anticipated holiday is upon us. What better way to get in the spooky spirit of the season than listening to real ghostly encounters that have been reported in the heart of Peterborough?

The Trent Valley Archives have brought back their popular Ghost Walking Tours this Halloween season. The tours are so popular, in fact, that all of the tours this year were sold out. The tour takes approximately an hour and a half to complete. It runs rain or shine, so participants are instructed to dress for the weather.

The tour begins in Confederation Park, the site of an old graveyard. Led by the light of a dim lantern in the hands of the guide, the tour takes participants on foot through the streets of Peterborough, with stops at some of the city’s most haunted locations.

Retro E-sports Bar currently sits at this address. This particular location has housed a total of six bars in the last 17 years. Could the ghostly encounters be to blame for the turnover?

172 Simcoe Street is the home of a ghost named Abe, a former bar owner. Abe is said to live in the unfinished basement of the building. At the time when Abe was the bar owner, a coffee shop sat just across the street. As part of his morning routine, Abe crossed the street to fetch his morning coffee. As Abe stepped off the sidewalk and onto the street, he met his untimely end when a taxi struck him. He died at the scene.

Following Abe’s death, the new owner began to notice the ghostly activities. In an attempt to keep Abe at bay, the new owner nailed metal crosses on the walls of the basement and called in a priest to perform an exorcism. The exorcism did not seem to take as Abe is still up to his old tricks.

Staff have reported a variety of bumps and thumps heard without explanation, the television turning on and off seemingly all on its own, and the cash registers being tampered with. Staff have even reported that the drinks in the pop machine have been mysteriously switched around. The most frequent and startling ghostly activity of Abe’s is turning the power off in the building completely.

There does seem to be one thing that pleases Abe and lessens the poltergeist activity. Abe’s drink of choice appears to be a cold can of Labatt’s 50, a pale ale crafted in North America. Staff members leave an open can of Labatt’s 50 in the basement of the bar. They claim that the activity slows down so long as Abe has his drink. The can is often found empty after.

Abe’s hauntings are the most recent ghost stories attached to the building at 172 Simcoe street. However, Abe is not the only ghost who has been spotted in the historic building.

In 1910, the building at 172 Simcoe street was the King George Hotel. The hotel provided a comfortable stay for many noblemen and women. An unnamed female guest at the hotel died of suicide, hanging herself in the room. The first report of a ghost sighting in the building seems to be of this woman.

A wealthy man was staying at the King George Hotel following the woman’s passing. The man reported feeling quite uncomfortable in the room, as if someone was watching his every move. One evening while the man was taking a shower, he felt an unsettling presence in the bathroom. As the man pulled back the shower curtain, he saw her. The man described the ghost as a woman with long straggly hair wearing a green dress. Other guests also reported seeing the same woman lurking at the foot of the bed watching guests as they slept.

If you’re a thrill seeker looking for a trick instead of a treat, why not seek out some ghostly activity yourself? But you mustn't forget a cold 50, just in case. 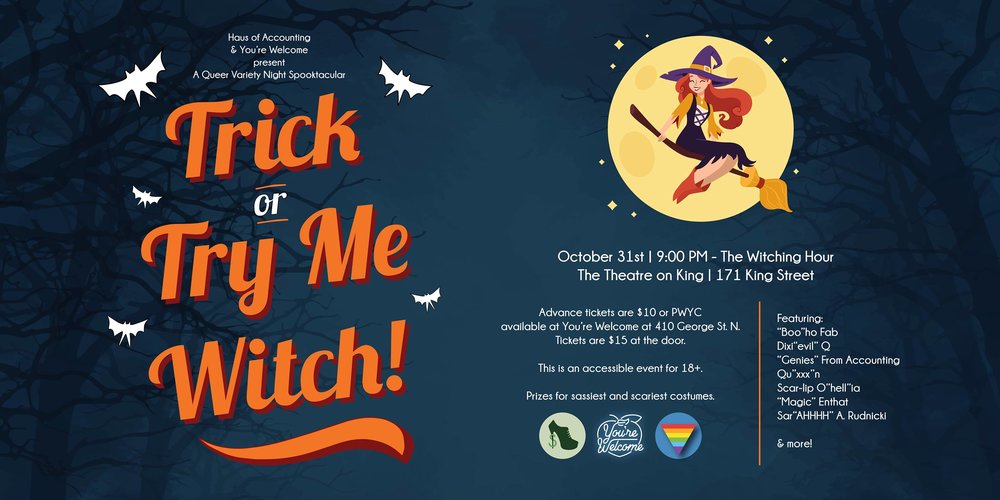 Photo Essay: Trick or Try Me, Witch!
By
Tasha Falconer
and
From Kayla Patterson
Hmmmm...
It looks like there's nothing else from this author. Perhaps you, the reader, could
pick up the pen and begin where they left off.
Culture
|
Arts 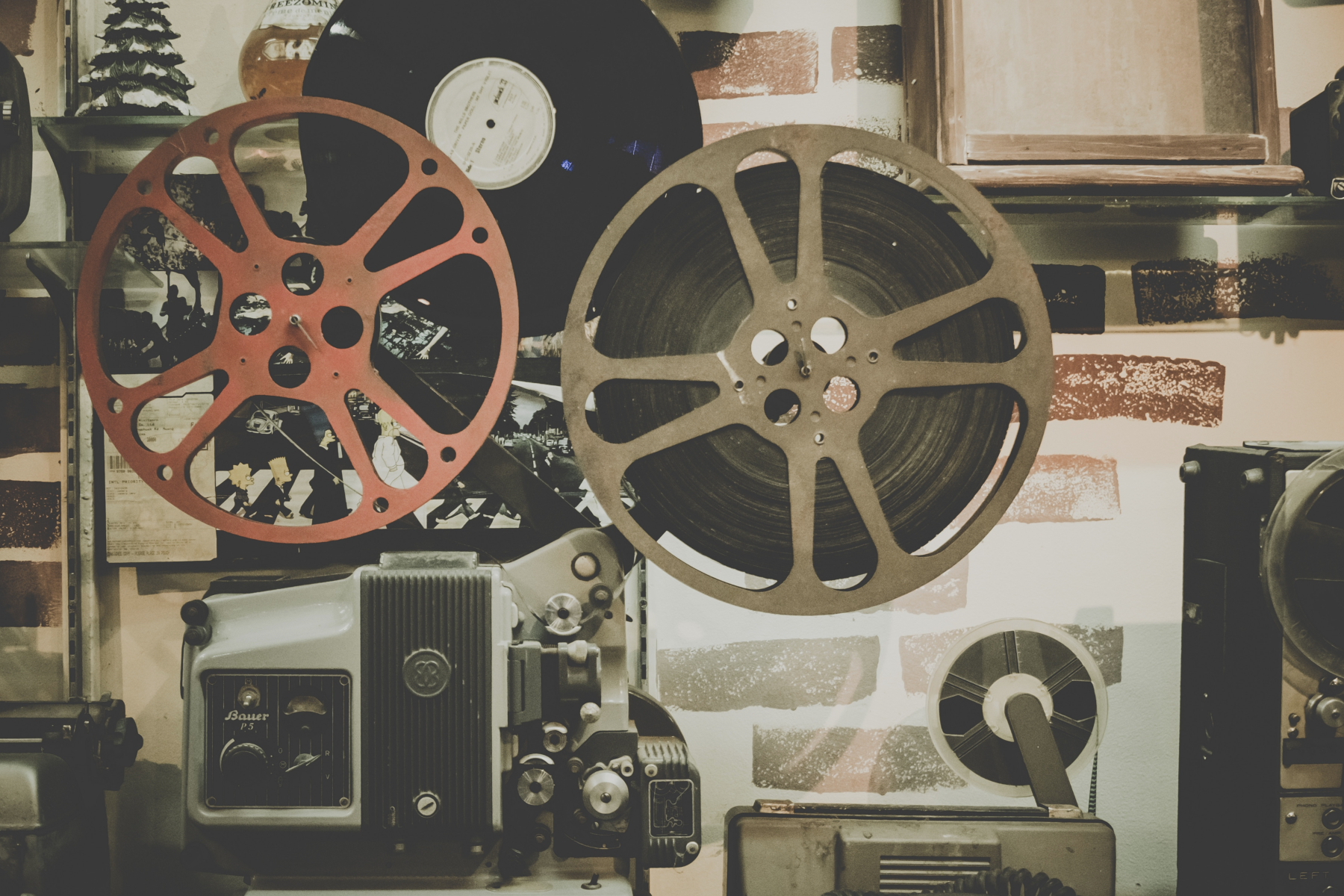 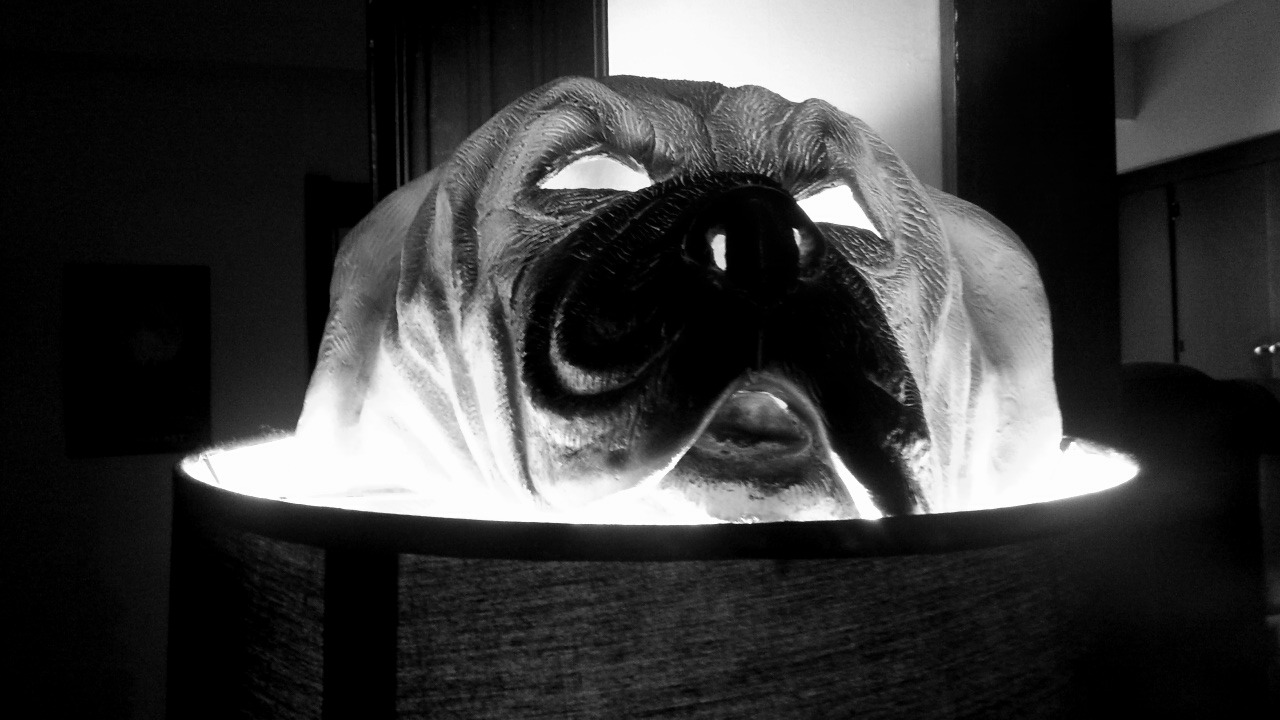 Photo Essay: Trick or Try Me, Witch!
By
Tasha Falconer