This past Friday September 21, trans people living in Peterborough and their allies gathered at Evans Contemporary for the Trans Day of Resilience. The event was presented by Peterborough Pride and sponsored by a variety of community and campus groups, such as Food Not Bombs, The Centre for Women and Trans People and The Trent Film Society. Starting with a screening of Ma Vie En Rose by Trent Film Society and ending with a community meal sponsored by Food Not Bombs, it was clear that this event had effects beyond the Trans March. Arthur had the opportunity to ask the planning committee some questions about their vision for trans people living in Peterborough, speaking with Auden Palmer.

Who is on the organizing committee? Can you tell me a bit about the ideas and perspectives that are represented here?

A.P.: This year’s Trans Day of Resiliency organizing committee is made up of myself, Drew Whatman (with Gender Journeys), Scarlett Palmer and Kaz de Moraes. We all belong to Peterborough Pride’s central planning committee and actively chose to be a part of organizing for Trans Day of Resiliency (TDoR). We are community members, activists, community organizers and students, and we each bring different experiences and perspectives to the organizing process. For example, Drew being on staff at Gender Journeys means that he hears directly from a variety of trans folks who access those services and is able to bring that awareness to the group, as well as amplify some of the voices within the trans community which otherwise may not be heard. Of utmost importance is that we collectively do our best to facilitate an event which is as anti-oppressive and as accountable as possible, to help ensure that folks feel safe and comfortable joining in and being visible.

While we each individually bring our different ideas and perspectives to the organizing process, there are always individuals and ideas that aren’t necessarily being represented. As much as possible, we try to collect feedback from both participants and the community, then apply them in the planning process. Though the current organizing committee is made up of entirely Peterborough Pride committee members, anyone from the community is welcome to bring their voice and experiences to Trans Day of Resiliency. We invite individuals interested in participating in the planning of Trans Day of Resiliency 2019 to reach out to Peterborough Pride directly, or to one of the current committee members through social media.

A.P.: The two are actually connected. Locally, Trans Day of Resiliency began as a response or counterpart to the existing Trans Day of Remembrance, an annual day (November 20) which holds space for the honouring of lives lost to acts of anti-trans violence. During the Rainbow Youth drop in at PARN (Peterborough AIDS Resource Network), a conversation began among the youth about why the only day that is centred around trans identities is to recognize the tragic deaths of trans people, especially trans women of colour. The conversation focused on the importance in honouring trans lives through remembrance, and posed the question: could there also be space for recognizing and celebrating trans identities and resilience? When this conversation arose, there were lots of other conversations happening about safety in our community. For example, Courage Peterborough and Hollaback! Peterborough hosted a town hall about street harassment and safety. In response, PARN partnered with these groups and organized the first Trans Day of Resiliency as a way to offer education, bring trans people together to actively be visible in the broader community, and to celebrate the strength of trans people. The original format of “Educate, Activate, Celebrate,” has been an intentionally consistent theme for Trans Day of Resiliency for the past 4 years.

Over the course of four years, Trans Day of Resiliency has evolved into a day that the community looks forward to. It is a day to be proud of who we are, intentionally take up space, and to be visible. We are strong, we are proud, and we are not to be forgotten. This event gives a voice to those who are often left on the margins, and celebrates them.

Why is it important to have the Trans March separate from the Pride parade?

A.P.: Pride parades are a wonderful way to draw community together. They are bright and colourful and celebrate the achievements we have made, and the diversity and strength in our communities. They also bring awareness and allow space for LGBTQ2S+ folks to feel centered and remember the challenges that bring us together for Pride. However, the issues being faced by trans people, personally and politically need to be highlighted.

The Trans March is unsanctioned - we take the to street as a sign of resistance to invisibility and as a reminder that there is no rest until there is equity for all the people within our community. There are specific institutionalized systemic barriers for trans and gender variant people and there is an emphasis on this event to make people, even others within the LGBTQ community, aware of those challenges.

Another important difference between the Pride parade and the Trans March is the intentional lack of corporate sponsorship. Pride parades are an opportunity for businesses, corporations and politicians to participate in celebrating diversity and showing their support for the LGBT2SQ+ community, and the Trans March is specifically community-focused. The intent of the march is to amplify trans voices, allow space for visibility, and bring awareness to the systemic failures which contribute to the ongoing oppression and violence that affect trans people, locally and globally. The event is intended to be celebratory, but inevitably brings much needed attention to the issues that our community faces. This balance brings us together in a display of solidarity, resilience, and resistance which helps us to feel empowered as a community and as individuals.

What do you think the biggest issue facing trans people in Peterborough is/are?

A.P.: It is difficult to say what is the biggest issue facing transgender folks in Peterborough, as that assumes Peterborough is different from other cities in Ontario, and also assumes that individuals are facing the same challenges. The issues that are being faced are broader in scale and similar across all of Canada. Peterborough as a city cannot be separated from the challenges faced by trans people on a larger scale; these challenges do not exist in a bubble.

Some of challenges include access to medical care, housing, fair and equal employment and safety. Avoiding these conversations does not solve any of the issues faced by trans people, it simply pushes us further into the margins. Avoiding these conversations does, however, give power to those who are a part of the problem by continuing to refuse care to trans patients, refusing to employ trans people or ensure a safe work environment, and refusing to provide trans people with the respect that we deserve. This contributes to the systemic oppression and violence experienced by trans people, which is constantly occurring around us.

If I had to name one issue, it would be that we go through our daily lives ignoring the microaggressions and violence that occurs in our community, and pretending that everything is fine. Ultimately, it’s up to our allies to use their privilege, call out instances of transphobia and be accountable to their own behaviours in a way that doesn’t further victimize trans people.

What do you wish cis people understood about gender?

A.P.: Truthfully, it comes down to understanding that they don’t need to understand. Gender can be very complex, something that we tend to overanalyze and convolute in lots of ways. Gender can also be very simple. While it’s often the case that trans people have been thinking about and learning about gender for years, it’s often not something that cis folks have had to put much thought into, which is okay. Cis privilege comes from a place of never having to think about or question your place in a society which is built around that identity. Acknowledging and using that privilege to uplift trans folks to a place of equity doesn’t mean that it’s expected that cis people understand gender or trans-ness. It comes down to trusting trans people to know and understand themselves and their needs, offering kindness and respect, and effectively removing the systems of gendered oppression that cis people are responsible for upholding. 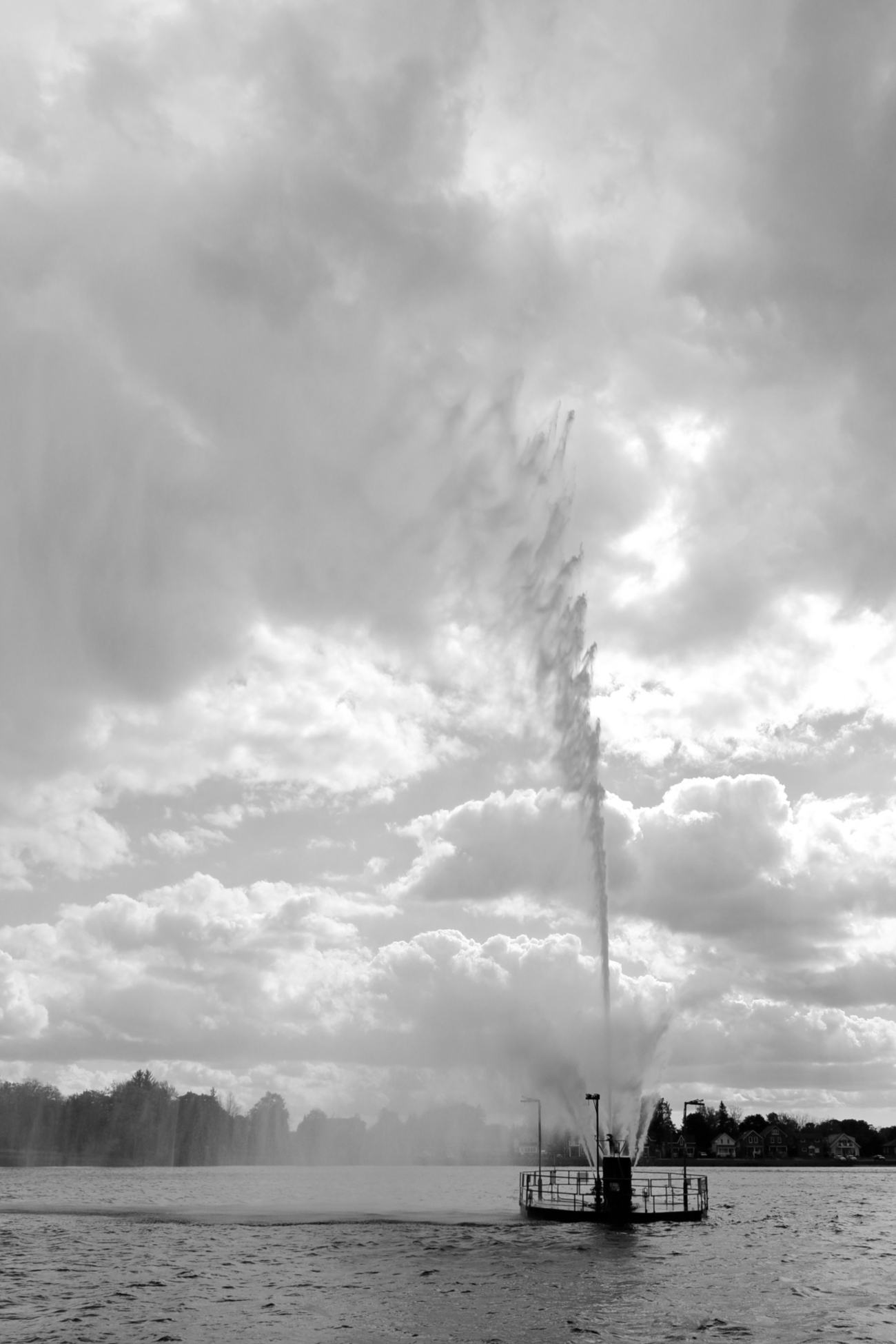 Has City Hall Failed the Transgender Community?
By
Robert Gibson

Our Dance of Revolution: an ode to the start of a radical Black queer movement!
By
Aras Mommertz
Related

Meet the Queens Carving Out Queer Space in Peterborough
By

Has City Hall Failed the Transgender Community?
By
News
|
Campus