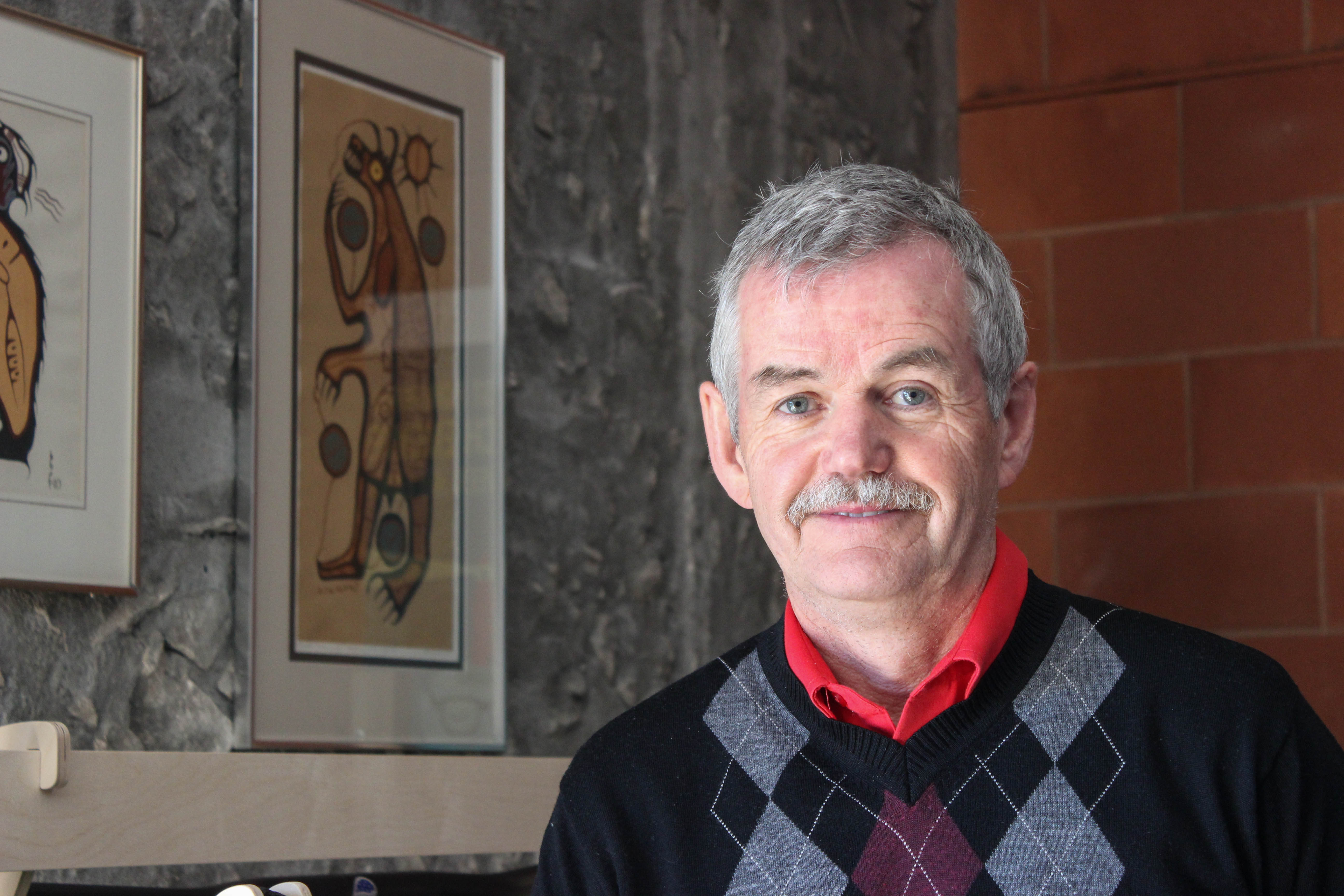 An interview with the President Part 2

Earlier this month Arthur got the opportunity to speak with Dr. Leo Groarke about the changes taking place at Trent University. It was a busy time in his schedule, and we were grateful to have not just his input, but Marilyn Burns’, Executive Director of Marketing & Communications, Recruitment & Admissions, input as well.

Thank you for giving us your time, we understand you are quite busy.

Groarke: It’s a busy time of year! Tomorrow I am attending the first Council of Ontario Universities meeting of the year. The COU comprises of all the presidents of Universities in Ontario, and we’re

That should be fun.

Groarke: *laughs* Well it will depend on what she has to say, I guess. It’s a little early in the academic year to know where the government is at. I would say that the Government has in mind what is called the funding formula review. So, they are reviewing the way they fund Universities across the province, and that is one thing that’s on the agenda.

There has been a lot of discussion about the funding formula, and how as a small University we are in a tight spot if funding is based on enrolment. How have we combatted the challenges Trent faces this year in terms of enrolment?

Groarke: Yes, Trent does face some issues regarding enrolment. This year is a difficult year as the Trent- Queens program has left. That’s a program that had five hundred students, and we have to replace them.

However, I hope we’re not just going to talk about the problems at Trent. I think it’s healthy to recognize those problems, enrolment is absolutely key to turning our budget issues around. Despite the difficult problems with the budget, there are lots of exciting things going on.

You’re right, we would love to know about those positive changes. What are some of the exciting things going on at Trent?

Groarke: In my first year we have restructured, revised and done a tremendous amount of work on our recruitment of students.

We have brought someone in to do a review, and have profoundly changed the way we recruit in order to present Trent in a much better light to prospective students. Marilyn Burns runs our recruitment of operations, and can speak to some of those changes.

Burns: It all came from Leo’s vision; he’s very involved and very engaged. So, that’s a cultural shift for the university in a sense- having a President who engages deeply in that dialogue and drops into meetings (sometimes unexpectedly). That’s a really good thing, because what that means is we end up with two campuses that are thoroughly engaged in recruitment.

This past weekend is a great example, we were at the Ontario University Fair. What you’ll see there is a gigantic 90- foot booth with a video wall 30 feet wide that’s got amazing footage of our campus.

That must really bring the beauty of our campus to the University fair.

Burns: Yes, it is really wonderful. What happened from there was that faculty, staff members and some alumni came to the booth and actually became part of that storytelling at Trent!

So it was an amazing day, we had significantly increased numbers of individuals picking up books and becoming engaged to come to Trent.

We had a much better presence in terms of our presentation and that kind of thing, and that’s just the beginning for that plan to help us address the shortfalls of past years’ enrolment.

Other than an increased presence at the fair, what other initiatives are in the works for Trent’s enrolment?

Groarke: You will have seen there have been huge changes to the website in comparison to last year. Of course, the website is for everybody at in the Trent community, but one of the reasons we changed the website is to be more attractive to prospective students.

In a way what you said applies because we have this beautiful and visual campus. The videos really show that off. We’ve become much more daring and adventurous when it comes to telling people about Trent.

Burns: Another exciting thing we have introduced this year is a Humanities award. Anyone who comes to Trent with a 75% average or higher in the Humanities receives a five hundred dollar award.

It unlocks the possibilities in the Humanities. We’re really bringing in more interest in that department, and it’s a bit of an experiment to see what happens with that in a couple of years time.

Groarke: What we want is to keep viable Humanities. Due to the new emphasis on careers, it’s challenging to get students to come to Univeristy now. So, one of the things we’re doing in offering the scholarship is hopefully attracting more enrolment to the campus. Youth and Child studies, for example, is a new program at the Durham campus. One of the new things we are doing at both campuses is developing new programs.

Groarke: You (and all students out there) should know that University graduates have a higher success rate in employment than college graduates.

The COU has put together a brochure to clear up the misconceptions of the University myth. The statistics are pretty compelling.

Of course, education is broader than employment and it’s certainly broader than very specific employment. But even if you look at it from the point of view of employment you think yeah okay, University is the best education for people’s future.

That’s reassuring, and we at Arthur Newspaper would tend to agree with that statement. These new programs are certainly exciting, it seems like Trent is offering such a variety of courses in comparison to previous years.

Burns: There’s also a Human Resources program that exists at both campuses, so students that are coming out of the institution who want to increase their chances of employability can do so with this certificate.

Groarke: H. R. is a good example, because we offer this certificate that takes one or two years to complete,either in Peterborough or in Durham. The requirement to get into it is just to have a University degree. That has started to take off in a very positive way at both campuses.

Groarke: This is an undergraduate program that needs one more level of approval, so it’s in the works. Other developments that are taking place on the Peterborough Campus are construction for the new baseball diamond and a new sports field.

Trent University was meant to be a small University. With this focus on enrollment, does Trent no longer see an emphasis on the College system as a workable model?

Groarke: Things have quite changed from where the College Systems were first established. If you want to have a conventional college, you need to have undergraduate students who live there ideally for four years. That is the traditional model and it is an interdisciplinary model, and the faculty need to be very engaged in that model.

Typically, a faculty member runs the college and there are social events and dinners that make sure that faculty and students interact with one another. Now, lots of that doesn’t go on at Trent now. So, if you want that conventional college, we need to move in that direction.

When you talk about the Symons campus, there are complexities here. One of which is that the faculty have gravitated more to departments than to the colleges. There is a little bit of that which exists on the Symons campus, the Lady Eaton College but I think that over time Trent overall has become like other universities in Ontario, and the focus is on departments. There is some of that which exists on the Symons Campus; Lady Eaton College, for example, has a vibrant college culture.

Why we’re focusing on the College system changing, and in fact this shift you are speaking of, is that there has been a shift in incentive for Academics to run the Colleges. For example, there are three areas where professors can divide their work: Classes, research and service. Running a College is not considered a service, so why would faculty be motivated to gravitate towards them rather than their departments?

Groarke: I think that running a College can be part of service, at least it should be, but I think that you’ve put your finger on an issue to be thought about. And that is for colleges to work, it has to be about engagement between faculty and students. That means that faculty must be engaged with the colleges. Some faculty are but some of them are not. That is part of the challenge.

The people who designed it, of course, did not want it to fail. There was a natural move for Trent University, which in many ways is more like other universities, but I think you put your finger on it before that the financial model has been modeled after an emphasized enrollment growth. We’re having some deep conversation here! I’m really enjoying it. 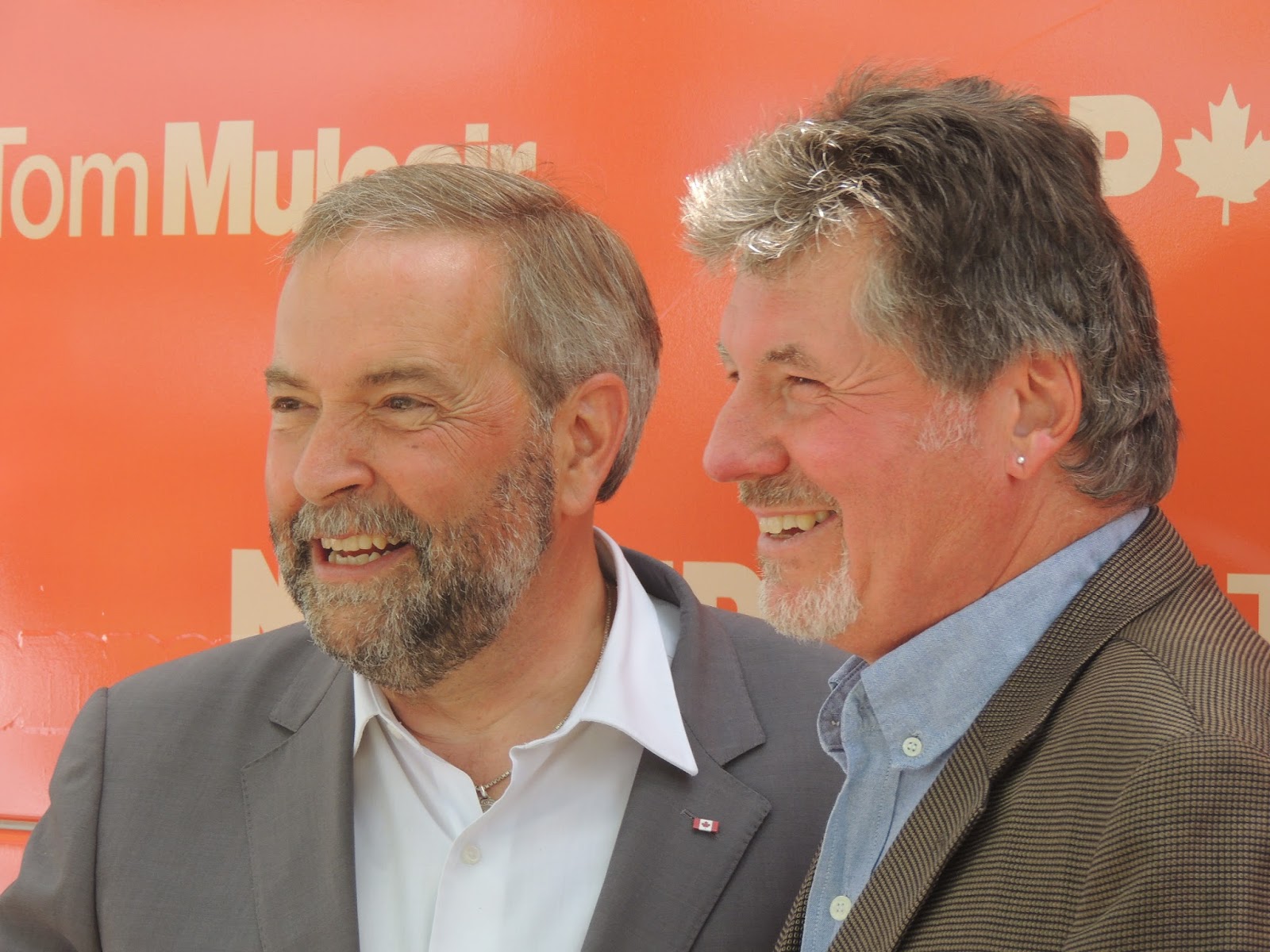