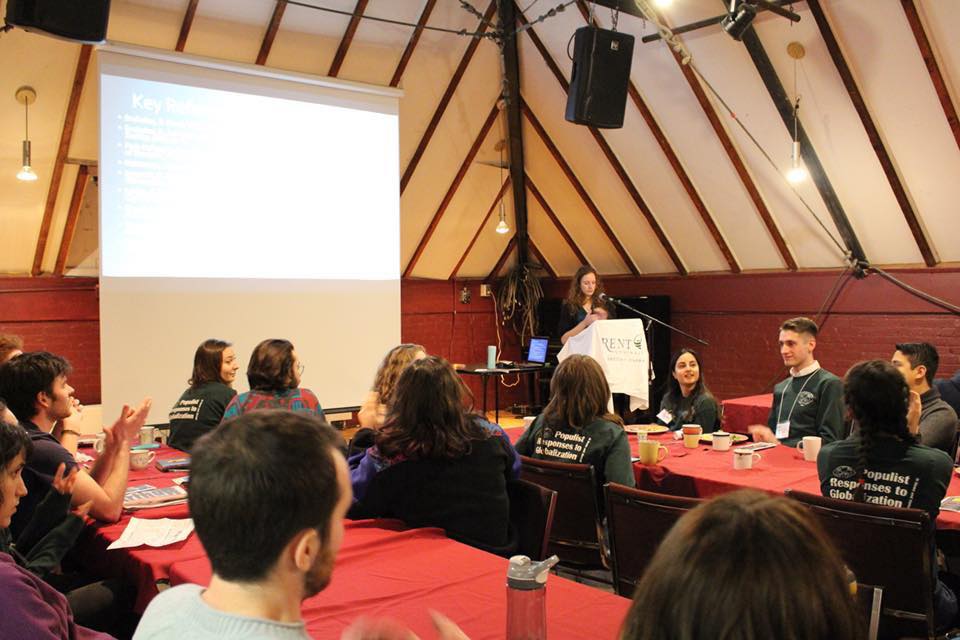 On February 2 and 3, over 80 students, scholars and community members came together at Sadleir House for a weekend full of education and collaboration surrounding the topic of Populist Responses to Globalization. Knowledge was acquired; experiences were shared; paradigms were shifted. The eleventh Annual Community Movements Conference was an unequivocal success.

The conference was opened by Trent University Professor Emeritus Jaqueline Solway, who spoke highly of the way in which International Development students have been instrumental in the conference’s growth since its debut in 2006. Guests enjoyed a delicious Columbian meal catered by Latin Express as they prepared for the first keynote address.

Dr. Stephanie Kerr, a post-doctoral researcher at Carleton University’s Institute of European, Russian and Eurasian Studies, began the educational component of the conference with a stimulating presentation on identifying forming processes and their impact on the success of populist rhetoric.

She discussed how certain identity markers are politicized and how group identity formation can be manipulated in order to mobilize people in populist movements. Dr. Kerr went on to define populism as a characterization and present its key elements. She noted that its political leanings can vary depending on the context in which it is found: “Populist discourse, regardless of whether it’s from the right or the left, relies on the framing of politics as a conflict between us and them — of elite vs. people.”

After this panel, conference participants split up into two smaller groups for presentations with either Amnesty International representative Dr. Lynne Davis or Professor Baris Karaagac. The latter presentation was centered on the emergence, evolution and future of the Turkish Party for Justice and Progress (AKP).

Participants who chose the Amnesty International Presentation had the pleasure of participating in an action-based workshop during which letters were written urging the Peruvian government to uphold the rights of Indigenous peoples and ensure their access to clean water. Other participants designed and decorated a message of solidarity in the form of a banner for the Guatemalan youth activist group JOVID.

Other events that took place over the course of the conference included a presentation from Dr. Philip Giurlando on populist responses to austerity, a workshop led by Aric Bay of the National Farmers Union, and a lecture followed by a workshop on creativity and its role in social movements delivered by Dr. Johnathon Langdon of St. Francis Xavier University in Nova Scotia.

One particularly interesting event was the community panel discussion led by Roy Brady from Council of Canadians, Charmaine Magumbe of Peterborough’s Race Relations Committee, Labour Union Negotiator Ryan Kelly, and community activist Reem Ali. These community members discussed the ramifications of globalization at the local level and means of forming resistance in a grassroots context. Reem Ali’s words were especially powerful as she discussed her interpretation of ‘resilience’ — a word she thinks is better defined as adaptability than strength. She went on to discuss how cultivating a sense of belonging in a community is an imperative aspect of mobilizing people in grassroots movements.

The conference culminated with a keynote address from York University Professor Dr. Meg Luxton. She spoke on the potential for empowerment and global solidarity in movements opposing neoliberalism. She reminded the crowd that “property does not have to be private” and “inequality is intrinsic to any form of capitalism.” She emphasized the significance of women’s’ contributions to movements — something that was reflected very well in the Community Movements Conference.

International Development is a field dominated by men with its theorists and professors being overwhelmingly male. The 2018 Community Movements Conference was important for so many reasons and the significance of the fact that women were represented so well amongst its speakers, panellists, and scholars simply cannot be understated. The Head of the Speaker’s Committee, Meg Nicholson-McCrae, spoke to the significance of ameliorating this disparity: “It was important to not only hear female voices, but to know that we were going to be hearing female voices.”

All in all, this year’s Community Movements Conference set the bar high for next year’s event in terms of its accessibility, organization, and value.

“Students Want to Be Students”: The Housing Crises in Toronto and Peterborough
By
Elizabeth Beaney
and
From Nick Taylor 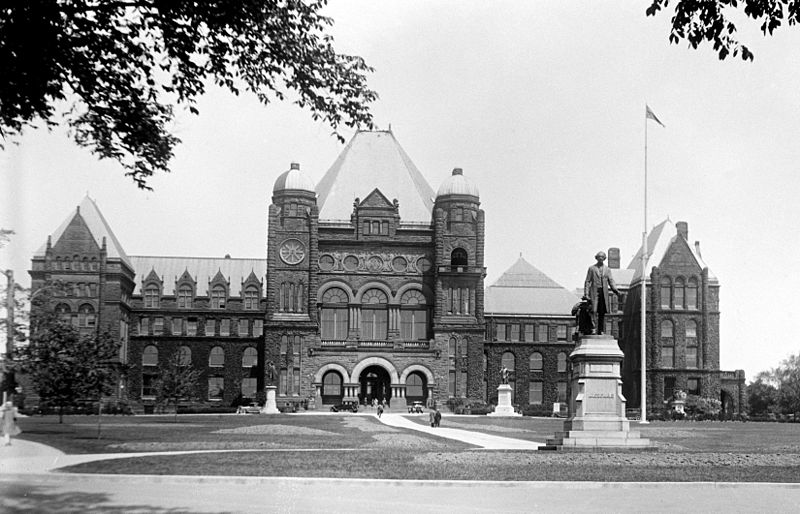 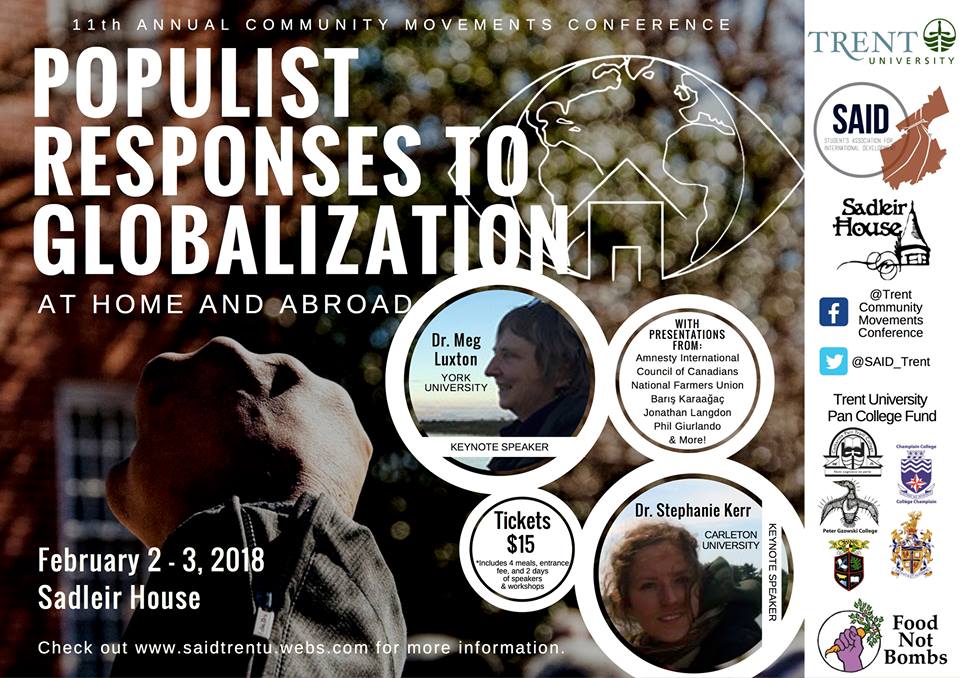 “Students Want to Be Students”: The Housing Crises in Toronto and Peterborough
By
Elizabeth Beaney