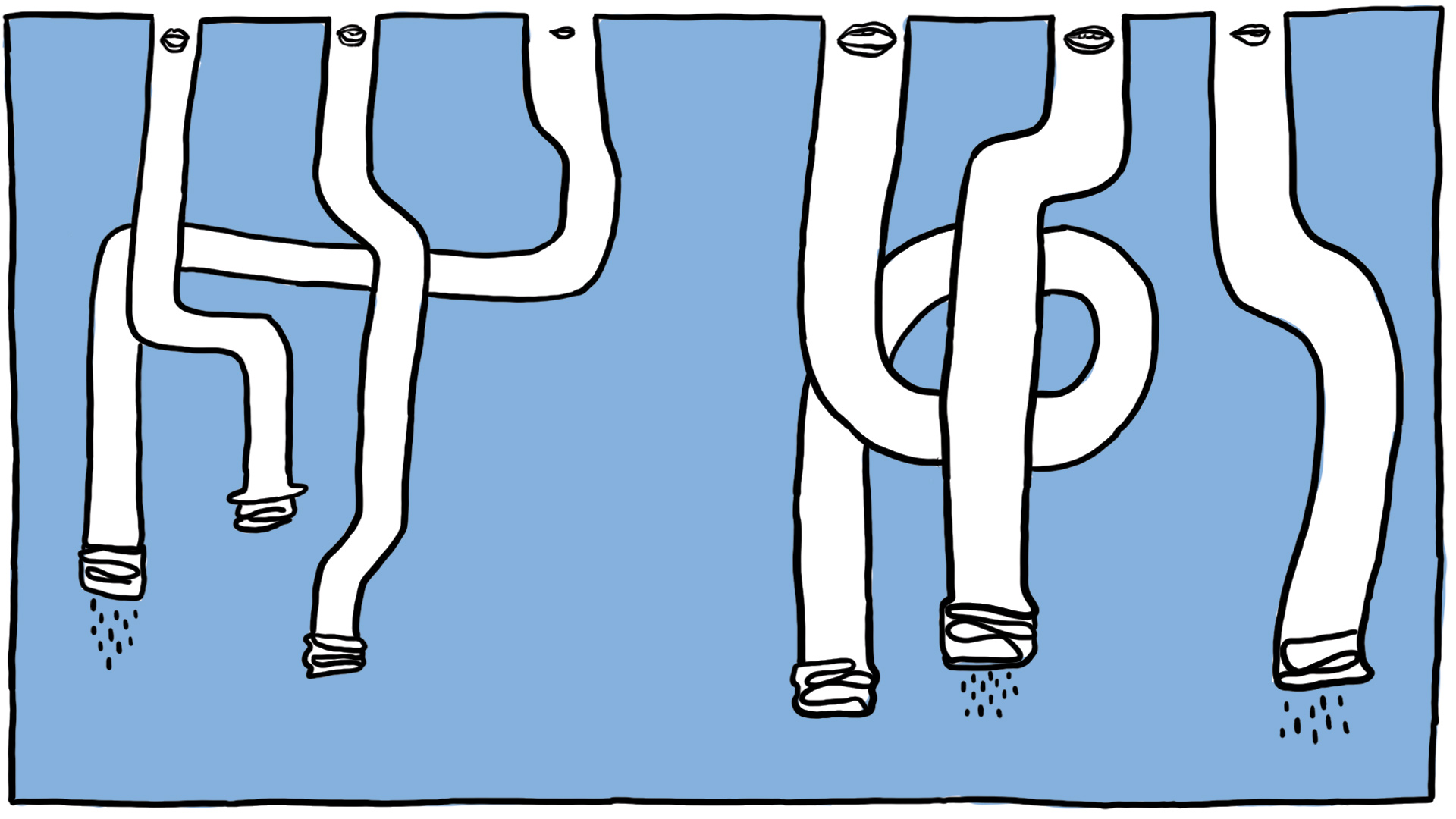 It was on February 3, 2017 that The Globe and Mail published Robyn Doolittle’s  “Unfounded” - a bombshell article which took a twenty-month-long investigation into how Canadian police forces handle sexual assault allegations. The research found that “more than 5,000 allegations of sexual assault [are] closed as unfounded by Canadian law enforcement every year” - this translates to one of every five sexual assault allegations being deemed unfounded. That is to say, these claims were classified as having arisen from “malicious or mistaken reports,” and the events did not occur.

As Doolittle reports, “the result is a national unfounded rate of 19.39 percent - nearly twice as high as it is for physical assault (10.84 per cent), and dramatically higher than that of other types of crime.” The national rate of unfounded sexual assault cases was found to be disproportionately high in comparison to other countries. As the Open University reports, research “suggests that only 4% of cases of sexual violence reported to the UK police are found or suspected to be false. Studies out in Europe and in the US indicate rates of between 2% and 6%.” Doolittle highlights the impacts of disproportionately labelling sexual assault cases as unfounded, explaining it as “a phenomenon that distorts [Canada’s] crime statistics...[which] create the impression that police receive fewer complaints of sexual assault than they actually do. In turn, that gives the appearance that more complaints lead to an arrest” -- which isn’t necessarily the case.

Doolittle’s data also revealed “vast discrepancies in unfounded rates between jurisdictions across Canada” - none of which could be logically explained. What this reveals, Doolittle states, is that “complainants of sex assault in some parts of the country are far less likely to be believed than in other parts.” The significance of these discrepancies, and unfounded cases as a whole, goes beyond statistics, though. As Doolittle explains, “when complaints of sexual assault are dismissed with such frequency, it is a sign of deeper flaws in the investigative process: inadequate training for police; dated interviewing techniques that do not take into account the effect that trauma can have on memory; and the persistence of rape myths among law-enforcement officials.” The publishing of Doolittle's article resulted in many police services reviewing their unfounded cases, and pledging to review how these cases are handled. So how did the Peterborough Police Service fare in the investigation? Arthur reviewed the findings, which are discussed below.

In addition to conducting their own investigation, The Globe and Mail also asked 177 police services to complete an 18-question survey for the purposes of gaining “a better understanding of the nature and scope of these reviews.” Data from the initial investigation revealed that Peterborough Police’s 5-year unfounded rate was 30% - higher than both the national average of 19% and the provincial average of 25%. The investigation also reviewed 178 of Peterborough Police’s sexual assault cases which did not result in a charge as well as all unfounded sexual assault cases from 2010 to 2017 - 107 of which were identified as incorrectly classified, but none of which were officially reopened at the time Doolittle's piece was published.

The Globe and Mail investigation asked who exactly was conducting these reviews of unfounded cases. Of the survey options, which composed of current sworn police officers and former sworn police officers from either Peterborough Police Service or another service, academics/ legal scholars/criminologists, crown attorneys, violence against women (VAW) advocates, healthcare officials, social services/victim services officials, local elected representatives, or other, Peterborough Police identified only current sworn police officers from their police service as reviewers of case files. Under the explanation of this survey question, Doolittle emphasized the importance of including advocates and other external support staff when investigating allegations of sexual assault -- an investigative technique which is now referred to as The Philadelphia Model. Doolittle explains its history and importance in all sexual assault investigations:

In the late 1990s, the Philadelphia Police Department was rocked by revelations that its  sex crimes unit had been improperly classifying -- and neglecting -- thousands of rape  allegations. In response, then Commissioner John Timoney ordered a sweeping review of  sexual assault cases. Moreover, going forward, he invited advocates working in the area  of violence against women [VAW] to annually audit sexual assault investigative files for  signs of bias and investigative missteps. Since its inception [in 2000], the city’s  unfounded rate for rape cases has plummeted from 18 per cent to 4 per cent. The  Philadelphia Model is now heralded as the gold standard in case review. Experts say the  most meaningful type of case review includes external eyes -- and specifically the  expertise of those who regularly support victims of sexual violence.

Doolittle further highlights the importance of the scope of the reviews by asking police services which materials were made available to reviewers, by stating that the “best practice is that the person reviewing a case has access to the exact same information that the initial investigating officer had access to.” Peterborough Police Service identified that case summaries and synopses as well as officer reports and statements were made available, but that officer notes, audio/video and written statements and interviews from the complainant(s), suspect(s) and witness(es) and medical records were not provided. Due to the publishing of the “Unfounded”  findings, Canadian police services began to re-examine their approaches to investigate sexual assault allegations, not only to have a better understanding of Canada’s crime statistics, but for victims. As Doolittle explained, the real pressure behind re-examining approaches is to better serve victims of sexual assault:

Specifically, there is a pressure on police services to incorporate a “trauma-informed  approach” to investigations. Decades of research on the neurobiology of trauma have led  to the understanding that fear and trauma can alter brain functioning during and after a sexual assault, impacting a person’s behaviour during an attack and also their ability to  recount it later.

Providing a thorough examination of case materials through various lenses and perspectives can better serve victims and police services in supporting victims and identifying perpetrators of sexual assaults.

When asked if and how police services would be making changes to the policies, training, and procedures surrounding sexual assault investigations as a result of case reviews, Peterborough Police selected that they would be implementing trauma-informed training, and further noted that “all supervisors have been updated on the results of our internal audit and of the standards required to ensure consistency when classifying sexual assaults as unfounded. The Major Crime Sergeant will be reviewing on a daily basis any incidents that are classified as unfounded to  ensure they have been properly classified.” In terms of conducting similar audits in the future, Peterborough Police selected “yes”, but did not specify the frequency at which these audits will take place.

The Globe and Mail’s survey also provided police services the opportunity to add any information they felt was relevant to this investigation and to better understand how this police service approaches sexual assault allegations and cases. In this box, the unnamed member of the Peterborough Police Service acknowledged that “many of the unfounded sexual assaults were improperly classified,” due to an officer not having “grounds to make an arrest.” During the audit, the classification of such cases was changed from unfounded to complete/ unsolved, “thereby acknowledging the complainant was a victim of a criminal offence.” Other cases which had previously been identified as unfounded were determined to be “a third-party reporting of a possible sexual assault (typically an adult believing a child may have been assaulted) which on conclusion was confirmed to be unsubstantiated. Those incidents were re-classified as community service calls or otherwise as appropriate.”

After the initial publishing of the 2017 “Unfounded” article, The Globe and Mail provided an update from Peterborough Police Service Inspector Larry Charmley from a November 2017 email correspondence which provided further information on plans for training and policy development. Charmley stated that:

[Peterborough Police Service] [have] agreed to partner with the Kawartha Sexual Assault Centre to have a Violence Against Women Advocacy Review that will take place in 2018 as part of the Sexual Violence and Harassment Grant funding. This will look at all unfounded cases from 2014 to 2016 and a sampling of other investigations. We have also lined up a number of speakers for 2 days of training that will take place on Nov 23, 24, 2017 that will focus on an evidence-based trauma approach to responding to such offences. This will be followed up with a 3rd day in March. Finally, we are also working with our community partners to develop a website and a series of videos that will explain the process of reporting a sexual assault through to the court process.

Furthermore, it was announced a month later on December 5, 2017, that Peterborough Police Service, along with six other police services (Ottawa, Kingston, Stratford, Timmins, London, and Calgary) would be pilot locations for the Violence Against Women Advocate Case Review project. Coordinated by the Ottawa Rape Crisis Centre and the Ottawa Coalition to End Violence Against Women, with funding from Status of Women Canada, the project was described as “the  first of its kind in Canada, with front-line survivor support workers, violence against women and legal experts reviewing police cases involving sexual and intimate partner violence.”

What became of this pilot project? Have any other internal audits been conducted? Have there been any training and policy changes? What are Peterborough Police’s unfounded rates in more recent years? Arthur reached out to Peterborough Police Service and the Kawartha Sexual Assault Centre to find out. Stay tuned for the update.

If you are a survivor of a sexual assault, these websites may provide support:

Western University: How a Campus Community Responds to Sexual Assault
By
Elizabeth Mitton

The Right Words: How We Talk About Sexual Violence
By

Western University: How a Campus Community Responds to Sexual Assault
By
News
|
Campus