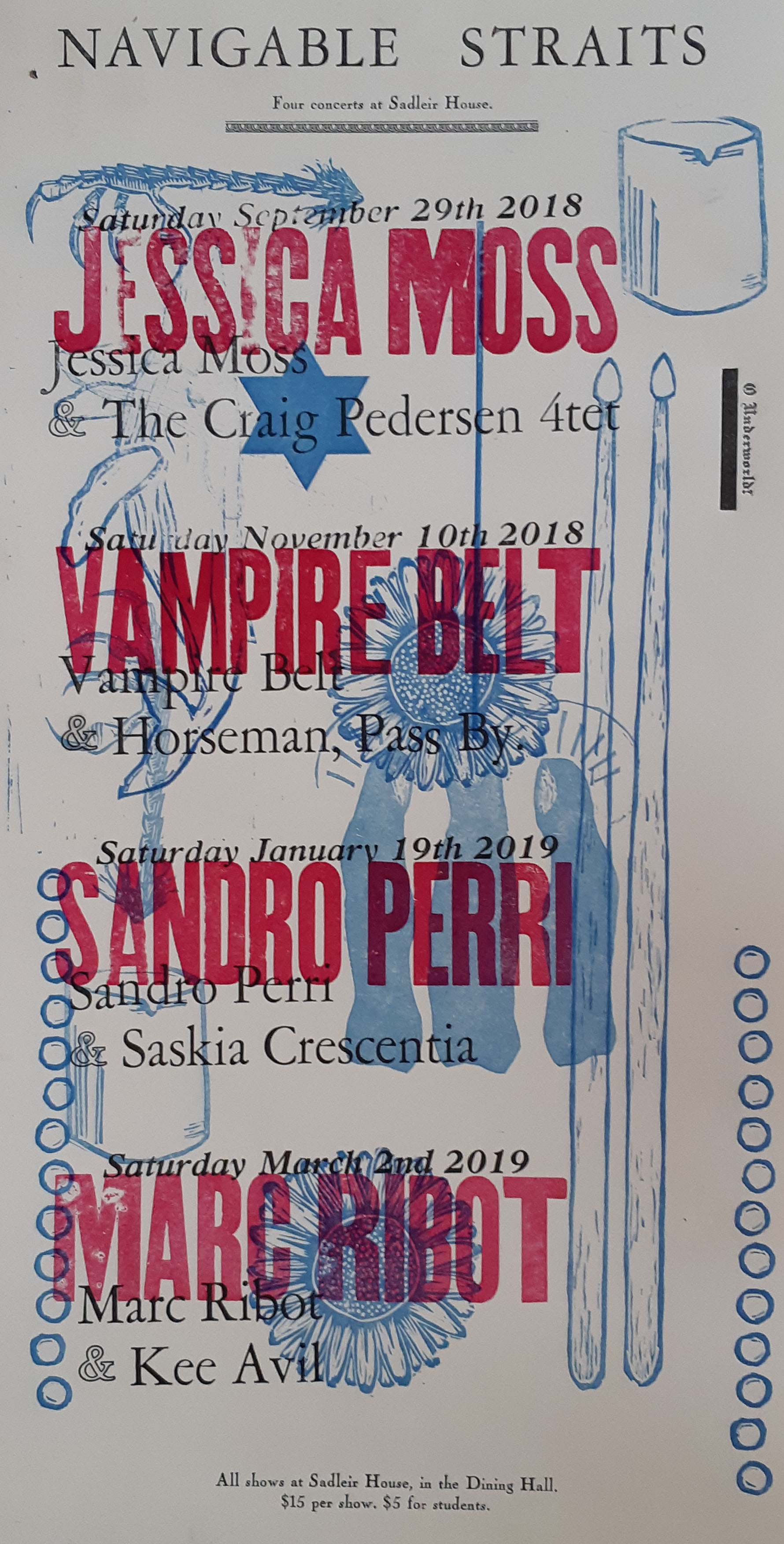 Poster and promotional image for Navigable Straits concert series. Image courtesy of and by Bennett Bedoukian.

Written by
Bennett Bedoukian
and

Poster and promotional image for Navigable Straits concert series. Image courtesy of and by Bennett Bedoukian.

In the wake of the Spill’s closure, the music scene in town has been growing, moving into new spaces. Spreading into Evans Contemporary, thriving in those venues already active like the Garnet, and places such as Sadleir House have opened their doors to holding concerts again with more regularity. With Sad Fest a couple of weeks ago, and a fall schedule filled with other concerts –on top of their myriad other events, meetings, & pub nights- the folks at Sadleir have been working to ensure that they can provide not only a venue, but a home for students and community members to come together. To that end, there is a series that will be run out of the dining hall presenting four concerts over the 2018-19 academic year.

In the 80s, while Peter Robinson was a college and residence, a series called Jazz Goes to College was run out of the Hangman Pub which brought in acts from the all over playing a wide variety of styles and forms. This was put to the wayside with the sale of Peter Robinson (PR), and that momentum stalled out.

But now, some of the Alumni, who resided in PR during the Jazz Goes to College years, have reinvigorated the series under the name Navigable Straits, which will present musicians who live on the outer reaches of the music world. The goal of this is to provide a platform for more diverse expression, and to bring a wider variety of styles, and approaches to music to Peterborough.

This series will open on September 29, with Montreal-based violinist Jessica Moss, who has performed and recorded with a wide spectrum of ensembles over the last two decades. Best known as a permanent member of The Silver Mt. Zion Memorial Orchestra, she was also a founding member of avant-klezmer group Black Ox Orkestar, recorded and toured with the Vic Chesnutt band for the two albums released on Constellation, and worked extensively with Carla Bozulich’s Evangelista. Her record Pools of Light, released on Montreal’s Constellation Records, is comprised of two side-length multi-movement compositions. Pools Of Light unfolds at a stately, inexorable pace, combining sound-art and signal-processed timbres, extended melodic and contrapuntal lines, and the periodic deployment of stark, minimalist vocals.

Opening the show will be The Craig Pedersen Quartet, who draw influence from the work of Cecil Taylor, Joane Hetu, Joe McPhee, Anthony Braxton, Ruins, and Keiji Haino. Formed in 2011, the Craig Pedersen Quartet came together to perform the compositions of Montréal- based trumpeter Craig Pedersen. The current band features Linsey Wellman (FET.NAT / Kobo Town) on alto saxophone, Thierry Amar (GY!BE / A Silver Mt. Zion) on bass and Bennett Bedoukian (Cold Eye / Horseman, Pass By.) on drums. Ranging from full-out intensity to the near-pastoral, the rapid fire trumpet lines, wailing woodwind squeals, punching bass articulation, and pummelling drums serve to push and pull against Pedersen’s compositions. It is music that often sounds like it’s falling apart and being put back together, only to fall apart again.

The series will continue with:

This series is being run with the support of the Trent University Music Society, who are subsidizing the cost of tickets for students.

This Saturday, September 29, Jessica Moss will be performing at Sadleir House with The Craig Pedersen Quartet. Doors will be open at 8 p.m. with music starting at 9. Tickets are $15, or $5 for Trent students.

A Toast to B.A. Johnston
By
Spencer Wells
and
Connor Stinson
From Bennett Bedoukian
Hmmmm...
It looks like there's nothing else from this author. Perhaps you, the reader, could
pick up the pen and begin where they left off.
Culture
|
Arts 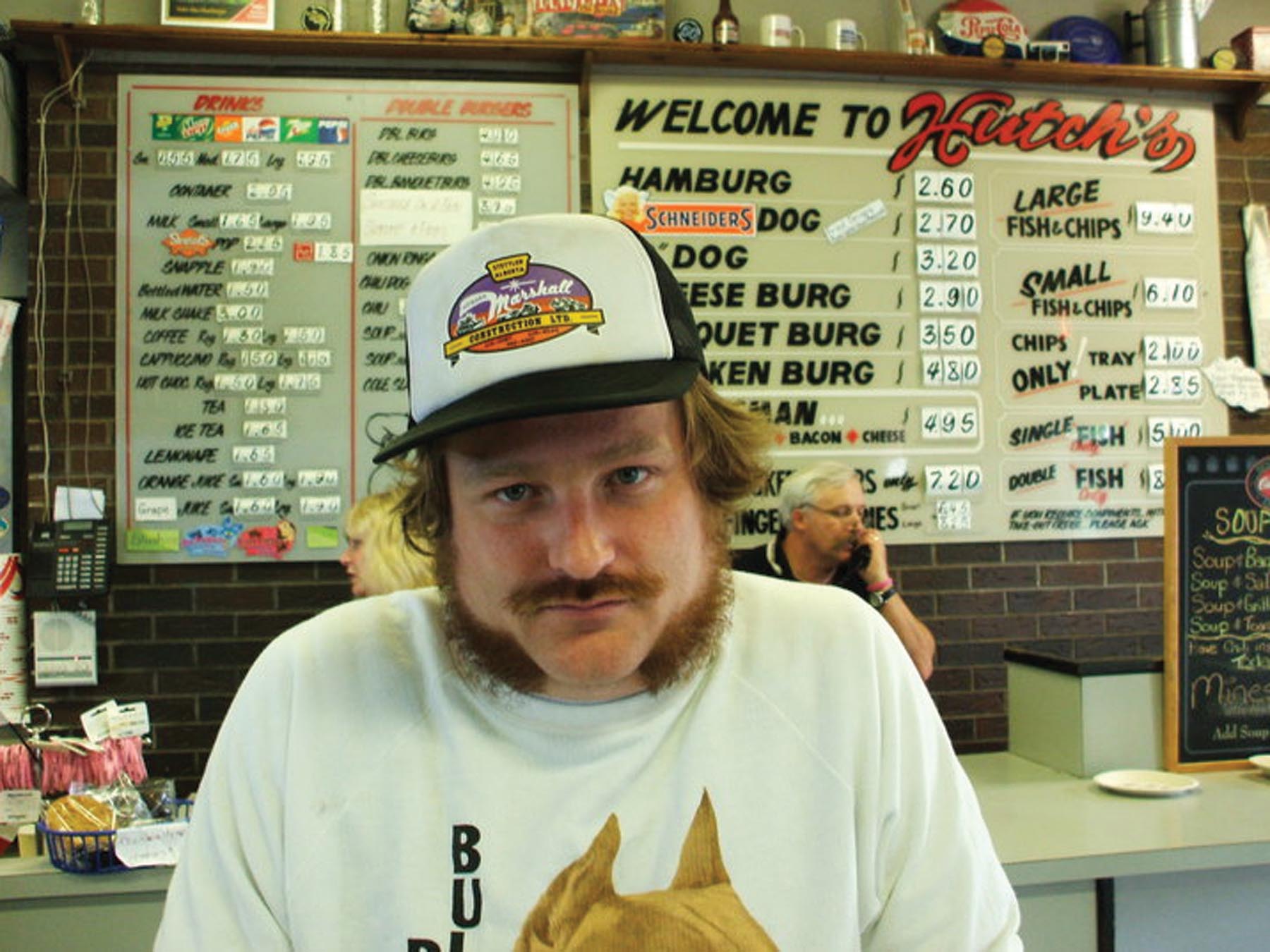 Be Nice or Leave
By
Meghan Hickey 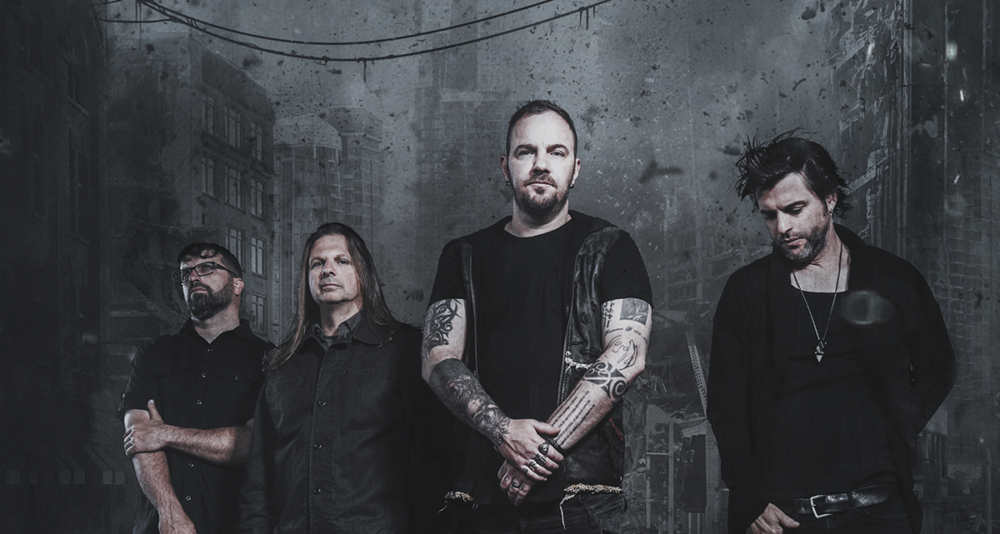 An Interview with Adam Gontier
By
Spencer Wells
Related

A Toast to B.A. Johnston
By