How American Politics Reset Itself

After an election night that was too close to call, on November 7th, 2020, the Presidential race was called by the majority of news networks for Joe Biden. It would take some additional weeks for the rest of the results to trickle in, regarding the House and the Senate. However, Biden’s transition moved full speed ahead, despite the former President’s unwillingness to concede as he mounted (baseless) legal challenge after legal challenge, putting off, as long as he could, the inevitable public admission of his own defeat. The era was broadly characterized by partisan conflict: between a slow-rolling liberal-intellectual recompense for colonialism’s messy fingerprints on institutions at home and abroad; and a white, largely religious middle-class (which was not especially middle-class anymore) who were indifferent, if not outright suspicious, towards identity politics and diplomatic progress overall, being out-birthed and out-represented by the rest of a world that was now living in every corner of America. The Left was outpacing their partisan counterpart’s in defining what the country’s culture and future would ultimately look like: brown, poetic, and college educated. Conspiratorial narratives were hard to identify, abounding everywhere.

After a pre-election summer of race-riots and heightened urban v. rural tensions, there was something unspeakably gratifying about Joe’s win to the Left — regardless of the fact that Biden was still a somewhat snake-like politician, his career before this latest Presidential bid being heavily pocked by policy blunders, with a sprinkling of his own pre-Trump flavour of xenophobia¹ towards those international communities that weren’t immediately relatable to his white, New-England brand of politik — where he was embraced as a repudiation of the previous Republican administration’s walking back of progress. Joe acted as a kind of bright beacon of normalcy², a candidate who was in far closer proximity to honesty and truth when compared to the alternative. The Republican’s post-truth prophet was defiant — dutifully keeping his unspoken promise of being a recreant oaf who would sloppily lie to save himself — to the end, fighting the legitimacy of the election tooth and nail, setting up a legal fund (advertised as a way for his voters to help in the battle for the American electoral process) where, as detailed in the fine print, more than half of all the money his supporters would contribute only went towards the Trump campaign’s insurmountable mismanaged debt.

This conflict, however, was secondary for Donald’s voters. They were wounded by their prospective inability to back their favourite limelight-hogging elephant for another four years³, all while suffering under the derision of half their neighbours and families. They felt deeply hazed, intimately defeated. They had listened to a conman’s hate, and felt, for a time, emboldened by it. Comforted. The months leading up to the election were ominous, with hate groups and militias and neo-Nazi types becoming more active, publicly vocalizing their ideologies with a zeal they hadn’t displayed for decades. They, and conservatives throughout the country, were not convinced of the legitimacy of an alleged Biden win, blaming a corrupt media for taking away their preferred mascot, their private orange rune of emotional validation. They’d lost their cultural security, and were punished for having believed in it in the first place. Those first few weeks after election night, full of denial and calls from the Right to “Stop the Steal,” were tense. American citizens across the country anticipated a harrowing climax to such a swell of emotion and conflicting beliefs, violence brimming, ready to break out at any moment. How these dejected voters ultimately resolved this tension was not an outcome that would have been imagined in the middle of that uniquely high-energy moment of the country’s history. A change of tide — the recession of a high-water mark — is never anticipated. It is only documented, long after the fact.

A collapse began to spread throughout the nation — what would later be referred to as The Great Crying — where those families and neighbourhoods who were so extensively divided under the previous administration began to understand how their partisan counterparts had felt when Hillary Clinton lost her bid for the Presidency in 2016. Hillary’s, too, had been a voter base of unwavering faith, not terribly dissimilar to Trump’s. On her election night, a great many people cried. Much writing has been done on these tears, from political analyses to literary essays (some of Franzen’s non-fiction⁴ comes to mind, capturing a defeat that was deeply felt by those on the Left, convinced of a certain narrative’s ability to prevail — no more). This moment was, without question, traumatic. American politics throughout the early 2000’s became increasingly about a given candidate’s cult-of-personality, as opposed to a discourse regarding different policies, reforms, and regulations. This made every political loss (especially for those who were allegiant to Donald, the ultimate cult-of-personality candidate, a regular made-for-TV-&-social-media President to be invested in) a spiritual loss; a personal loss; a mournful loss. This embodiment of political trauma could not be admitted, could not even be imagined, until said trauma was felt in a bipartisan context. This would define The Great Crying.⁵

The contentiousness between the two major political parties was a fire fueled by a perceived lack of shared values. The Republican loss in 2020 upended this perception. Suddenly, both sides had common ground; they shared identical scars of trauma, of loss, bonding over acute emotional-political depression. Both parties understood that they would always have extensive embarrassment and narratives of betrayal in common. The phenomenon was well documented, taking place over seven easily identifiable stages:

Disappointment, acting as partisan common ground, changed the landscape of American politics considerably, its echo bounding down the corridors of all middle and late 2000s political races, quashing those few failed attempts by later autocrat-lite Presidential candidates⁸ together, holding tight to their bonds of failure, both liberals and conservatives alike, via RC, as The Great Crying decided that Americans had already been there, done that.

It was time to move on. This was the New American Dream.

‍
Thank you for reading Moscow Literary Revolution magazine. You have reached your free article limit for this month. If you would like to read more, please subscribe to the magazine, on sale now — only ₽3865.00 for a year subscription!

¹ This is, today, often overlooked, as political scholars tend to focus on Biden’s Presidential legacy alone, which includes (but is not limited to) a constitutional amendment that nullified the ability for a sitting President to avoid subpoenas, court orders, and arrest. It is often speculated that it was then-candidate Donald Trump Jr.’s promise to reverse this amendment if he were elected that ultimately tipped the 2028 Presidential election in Alexandria Ocasio-Cortez’s favour, where she earned her first of two terms, becoming the first woman to win the Presidency.

² The following Friday, former President Barack Obama said in a 60 Minutes interview that he and many other Americans were “troubled by the fact that other Republican officials, who clearly know better, are going along with this,” loathly signalling “one more step in delegitimizing not just the incoming Biden administration, but democracy generally.” A President that flouted governmental norms less often would, consequently, be less likely to court the erosion of democracy, generally speaking. In short, anyone was better than Trump.

³ His voters were largely unaware of just how many lawsuits awaited their former President once he was ejected from office: numerous accusations of fraud, tax evasion, insider trading and rape resulted in a commuted life sentence, with Donald spending what little of his life remained, divorced, under house arrest at Mar-a-Lago. His body would not be discovered — found, bathrobe thoroughly soiled, in the middle of a hurricane — for some weeks after his expiration, as the smell was not discernable above the stench of rotting McDonald’s, bags upon bags having been left littered throughout the estate, due to the former President lacking the funds necessary to continue employing a Latinx maid.

⁴ Initially touched on, briefly, in “The Essay in Dark Times” (found in the 2018 collection The End of the End of the Earth), Franzen later expanded upon the topic throughout his scathing essay, “How National Unity Inconvenienced Drama.” Both texts focus, for the most part, on birds.

⁵ See the Rachel Cusk essay of the same name — published in the August 2027 issue of Vanity Fair — for a thorough dissection of the more intimate and familial side of the national political shift. Cusk, drawing upon her decades covering the countrywide emotional fallout incurred via the Brexit movement, has the unique emotional-political vocabulary needed to detail similarly messy political events such as The Great Crying.

⁶ In cases where the conservative(s)’ lightbulb was either halogen or fluorescent, the liberal(s) would take a moment, unscrew the bulb, and replace it with an energy efficient LED variant.

*Abbreviated in most scholarly articles as RC.

⁸ Famously, when Don Jr. attempted his Presidential run in ’28, he was held down and forcibly castrated by an enthusiastically bipartisan mob just outside of New York City’s Trump Tower. 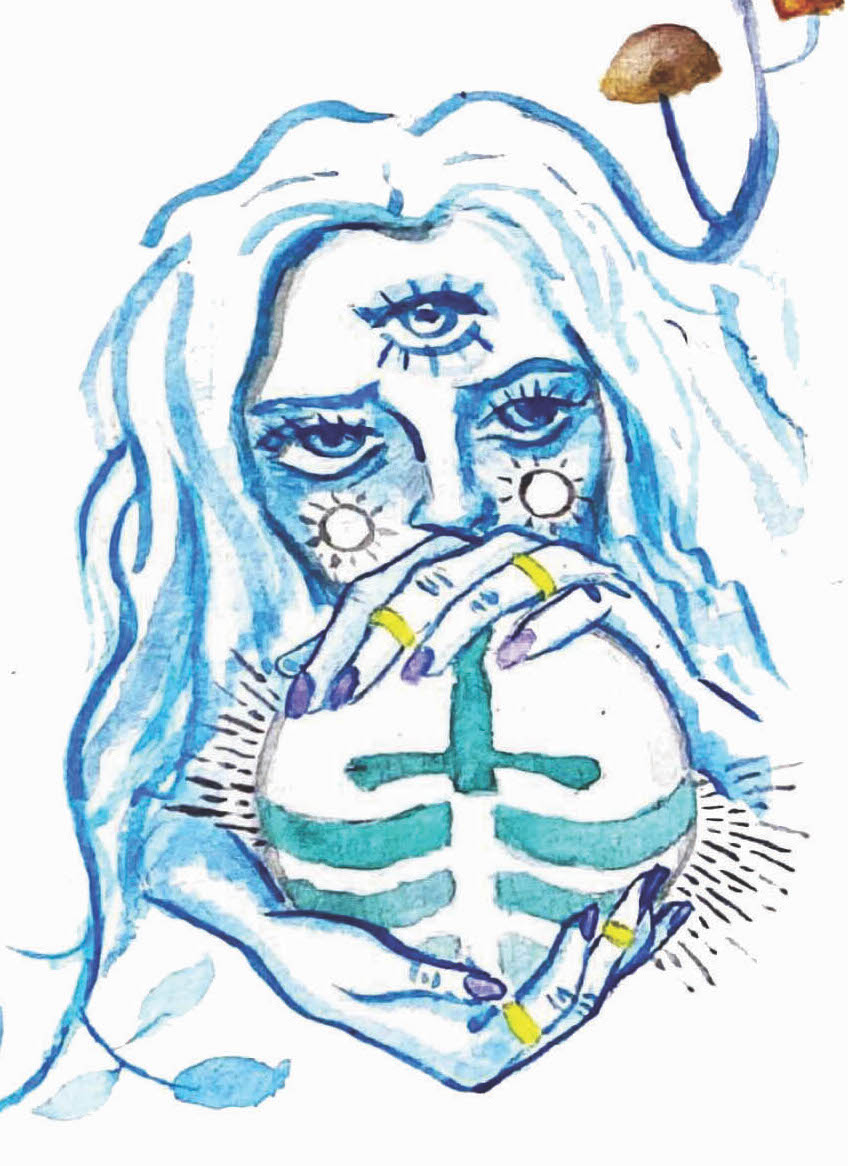 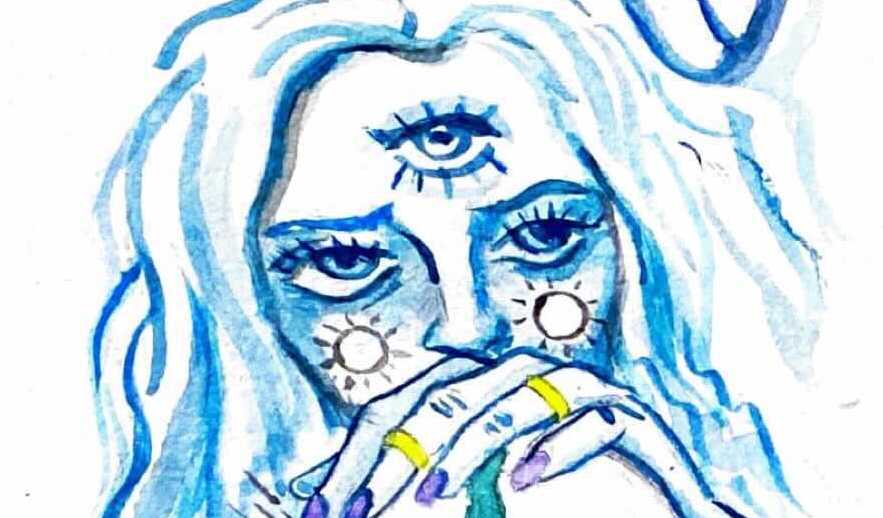 Dreema The Drumlin Diviner
By
Katie Pedlar
and
From Dante Pettapiece

The Arthur Literary Review: A 2020 Holiday Listicle
By
Dante Pettapiece
and
Culture
|
Arts