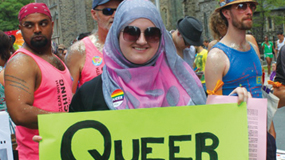 Written by
Simon Turner
and

Professor of Sociology at Trent, Dr. Momin Rahman, received a four-year Insight grant for his study, Muslim and Queer Visibility in Canada and the United States.

This study will mark the first in Canada to address the intersection of Muslim and queer identities.

As the third-time lead researcher, Rahman and his co-researcher, Professor David Rayside of the University of Toronto, had applied for the grant, but held slim hope for receiving funding from the Social Sciences and Humanities Research Council (SSHRC). However, this year they were awarded with an Insight grant of $95,450 for their study.

To conduct the study, Rahman explained, “We’re going to first of all make contact with any community groups we can find, and get in-depth interviews with individuals who are willing to do so confidentially.”

The study will primarily revolve around interviewing focus groups, which the pair has already started examining in the pilot work they have done. The interest of this study comes out of the negative “dominance of cultural representations” proliferated in society which “prioritizes Western forms of queer identities,” and the need to counterpoint that with the “positive things they can find there [in the Muslim queer community].”

“One of the big issues is that there is this Western culture and media expectation in everything that flows from being ‘out,’” said Rahman, adding, “For a lot of queer Muslims, that’s not something they can achieve.” A queer Muslim individual may not “want to be ‘out’ due to the cultural homophobia that exists in Muslim communities.”

“The other side of it ... is the Western understandings of public gay identity and politics” and that many queer Muslims are “not comfortable with them.”

“Public culture may be very accepting of [Western ideas of] homosexuality, but maybe that’s not the apex of queer identities,” Rahman commented.

Queer Muslims often feel “reluctant to give up ties to cultural and ethnic communities,” while also having to reconcile that “queer politics are basically secularist and against religion.” And throughout this, the voices of the people dealing with these issues themselves are silenced under a “cultural imperialism.”

Rahman continued, “The other issue that comes out is fairly widespread Islamophobia. People must negotiate their sexual identities in a complex intersection of that.”

For instance, Rahman cited that Canada’s Foreign Minister, John Baird, criticizes the lack of queer human rights in other countries, but instead of working to improve the issues, the government seems to use this as “a stick to beat Iran on a regular basis.”

“Queer Muslims perceive that queer rights are used in a racist way, and it doesn’t really create a space for dialogue,” he said.

Rahman and Rayside are working together to “identify queerness in a safe environment.”

“One of the things we are going to do is establish a picture of whether there are support groups for queer Muslims,” explained Rahman. They hope to “contribute to creating a dialogue, creating a space where the lives of queer Muslims can be seen and respected.”

“The thing about academic work is that it’s much more clear-cut. Everyday lives are much more complex than most people understand,” noted Rahman.

He added that, moreover, “academia is overwhelmingly white. It is very theoretical, thus it sometimes misses out specificities … [Thus] the lives of queer people are lost in negotiating the lines of colonialism.”

After completing the study, Rahman and Rayside hope to spread visibility of their work through websites, fact sheets, and reports.

“First of all, we have to produce academic publications. Certainly, we want to write accessible reports that will be useful to community groups,” explained Rahman, also saying that it is “pretty important that there are practical resources available.”

Further down the road, with more funding from the SSHRC, the two hope to host “a huge symposium for groups and international organizations” based around the information gleaned from their study.

However, Rahman does recognize the potential conflicts to come, remarking, “When we publish the studies and information, there may be controversy from mainstream queer groups, and mainstream Muslim groups.”

The importance of the study is in its addressing of the “lack of sensitivity around the experiences of being queer when you’re racialized,” and the “awareness that Western ways of doing things and Western politics are not the blueprints to how people should be.”

Lack of Representation: Queering the Athletics Centre
By
Aras Mommertz
From Simon Turner 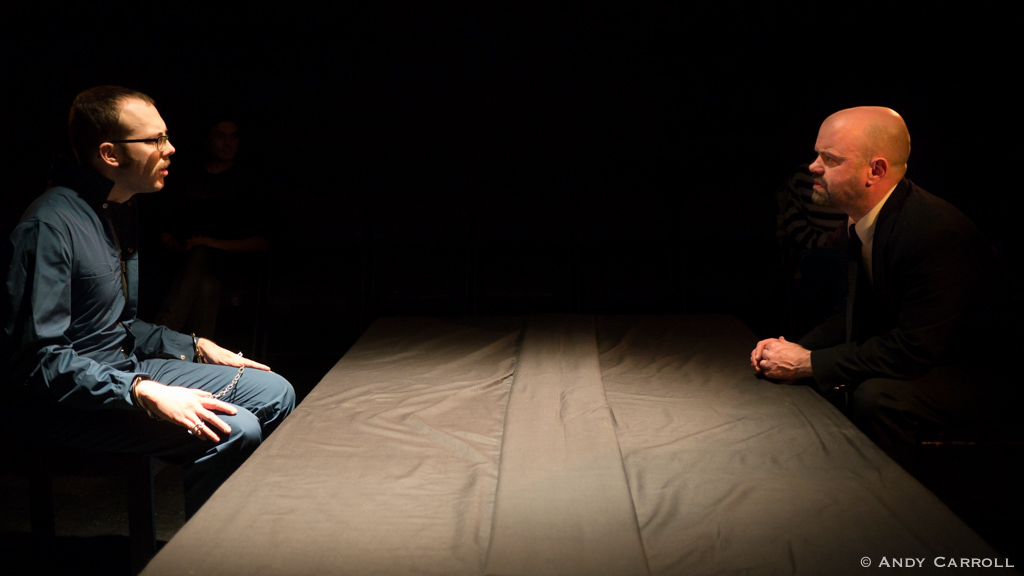 How to create your own theatre: don’t be afraid
By
Simon Turner
Culture
|
Arts

Local Festival Works Towards Religious Harmony
By
Elizabeth Mitton
Elizabeth Mitton covers this year's Abraham Festival - a religious festival started by three women that aims to bring Christians, Muslims and Jews together in religious unity. Find out how they've adapted to keep the festival going during the pandemic!
Latest

Queerlines: Being Openly Queer and Trans in Peterborough
By
Anonymous
Related