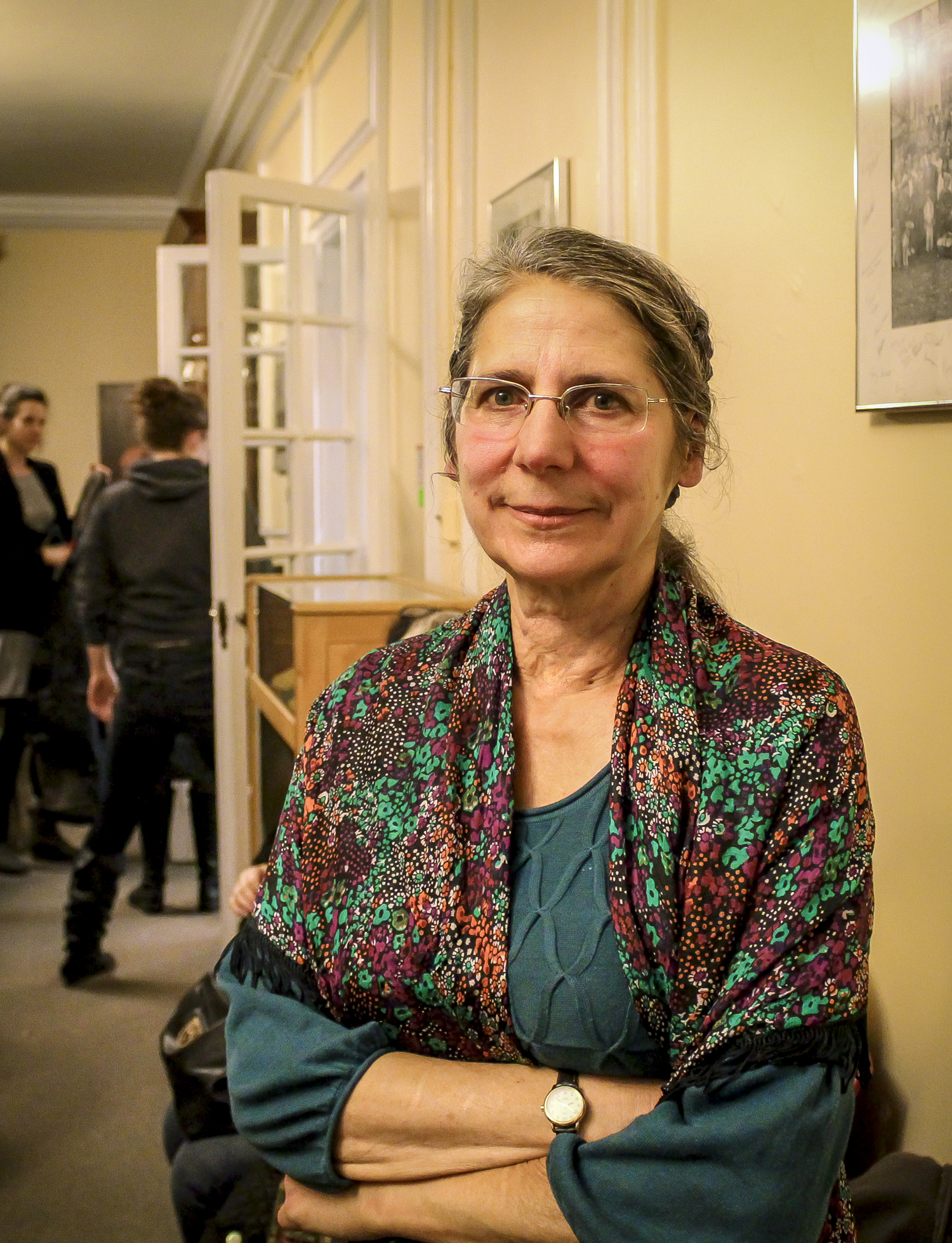 Written by
Jade Wilton-Watson
and

This is just one of the compliments Robyn Sarah received of her new collection of poems titled “My Feet are Killing Me.”

[Pictured] Robyn Sarah[/caption]On November 10, 2015, Robyn Sarah read her poetry from her past and new book in front of a packed house. This gave the audience a variety of pieces from her collections over the years. To date Robyn has written over 8 books of poetry alone. This does not include her short stories or essays.

Mrs. Sarah is not just a poet but is also a writer of short stories and a classical musician. She explained to her audience that when she writes if a word or line is perfect but doesn’t flow with the rest when it is spoken she takes it out of that poem. She further explains that she may be able to use it in another piece.

Throughout her life Mrs. Sarah has won many awards including the CBC literary award in 1991, National Magazine Award in 1994, and the most recent Governor Generals Award for English Language Poetry in 2015 for her latest collection of poems.

Titled “My Feet are Killing Me,” the book is a collection of short poems. Before reading even one piece within the book Robyn explained that the book was a ‘book of the past’. She literally meant it. For example the title of the book and one poem named the same thing came to her 5 years before writing it. She explained to the audience that at the time she knew it would become something – potentially a short story, but didn’t know until she wrote the poem 5 years later.

While she read Robyn occasionally looked up from the piece she was reading and looked around at her audience. To an audience member this felt like she had memorized some of her pieces and gave even more grace to her pieces.

The audience was captivated from when she first got in front of the podium to the very end. After some of her pieces an audience member would ‘ahh’ in agreement or just in amazement at the piece. At one point in her performance when she said she will read one more piece an man in the audience said “You can read all night.” Which caused more than a few smiles in the room.

After the reading was done Robyn stayed for a while and spoke individually to each person who approached her. Some even lasting a good 5 minutes. This type of personal touch is what people will remember and admire about an author.

Robyn read a collection of poems from the book. With the exclusion of the title poem, Sarah has an amazing clarity in her titles to perfectly describing what the piece was about. This gives the audience a perfect entrance into the piece. Within her pieces there is also grace and ease. Robyn told her audience that people explain her poems as easy to follow. Both these truths conclude to at the end of many of the pieces one can hear at least one audience member awe in agreement.

Subscribe to Arthur's Newsletter
Thank you! Your submission has been received!
Oops! Something went wrong while submitting the form.
No items found.
From Jade Wilton-Watson

And with a flourish... the TCSA had its first meeting of the year
By
Jade Wilton-Watson
and
Culture
|
Arts