A Naturalist's Beef with the Trent Lands Plan

An enthusiastic naturalist, Basil Conlin has always loved nature. Nature was, and still is, his muse and entertainment. His love intensified when he moved to Peterborough in high school. He then fell in love with the Trent Nature Areas and it was the natural next step to study at Trent where he completed a double major Bachelor of Science in Conservation Biology and Ecology. It was during his time at Trent that he met Debbie Jenkins, a PhD Candidate and Coservation Biologist who he would go on to work with on the Bioblitz project. As Basil got to know Debbie, she informed him of all the ecological misgivings of Trent throughout the years. The environmental scandals that Trent has swept under the rug such as two nature areas ‘mysteriously’ disappearing from the Trent Lands and Nature Areas site. For example, the wooded lot behind the student annexes on Water Street used to be a nature area, but we would never know that now.

Debbie Jenkins, Maggie Boothroyd, and Cristen Watt started the Biodiversity Monitoring Program -- also known as Bioblitz -- when they won the Trent Green Your Campus Competition in 2017. Basil joined the project shortly thereafter, as one of the Bioblitz's team leads. Since its creation, the Bioblitz has been very popular among the Trent and Peterborough communities, garnering support from over 500 people who have made over 7,700 observations of more than 1,500 species. Basil also did raise the point that a lot of the data is fairly old. This could lead one to believe that some of the data may be outdated in the sense that while the species may still be living on Trent campus, but their population numbers and possible locations may have changed since the time of observation. This may not be true of the 40 species at risk on the campus. During our time, Basil showed me a spreadsheet detailing all the species at risk and their conservation status. Of the 40 species, 13 are government-protected, including the nine that are threatened and four that are endangered. Species at risk are categorized under three provincial and federal levels; they are: ‘special concern’, ‘endangered’, and ‘threatened’. Species that are “special concern” are highlighted as species at risk but receive no legal protection. There are also the S1, S2, and S3 categories; species under these categories are only recognized as “at-risk” but receive no legal protection. These categories were created by the Natural Heritage Information Centre, a subgroup of the MNRF where S1 is endangered, S2 is threatened, and S3 is species at risk. Most of the S categories species on the Trent campus are insects.

He then elaborated on two species that are listed as “threatened” under provincial law which are the Bobolink and the Eastern Meadowlark. These species nest in open fields and meadows, habitats that are at risk due to the University's development plans. Increased industrialization and habitat fragmentation of these lands are likely to further threaten the populations of these birds and many other species on the campus. Very obvious about his passion behind the Bioblitz and protecting our biodiversity at Trent, I asked Basil if he thought the Bioblitz had the potential to affect real change in the decision making at Trent and city level to which he replied with an optimistic yes. Basil believes that more eyes on an area protects it, especially in conservation issues. If they view the forest as just a collection of trees and bushes, a school or corporation can get away with bulldozing the area. But if there is public interest and connection with the land, and they “see the forest for the trees”, it gives value to the area to the public and makes it worthwhile to protect.

I then asked Basil if there can be any ecological benefit from the passing of the Trent Lands and Nature Areas Plan (TLNAP). He believes that there is a huge opportunity for us to develop the land without negative consequences to the land. He draws upon an example in Windsor which has the Ojibway Tallgrass Prairie and Oak Savannah, one of the most endangered locations in all of Canada, which contained many endangered plants, but a highway had to be constructed in the area. So, the contractors built an ‘eco-highway’ with wildlife corridors over and under the road, and constant species at risk monitoring and restoration projects. Instead of developing against nature, they decided to develop with it. He then elaborated that we have a great local example on campus, camp Kawartha. While not owned by Trent, there are not many reasons why Trent can’t follow their lead and construct sustainable buildings.

“But,” you might say “Trent is planning to build wildlife corridors.” I approached Basil with the same claim only to hear that the ‘proposed’ corridors is just another of Trent’s greenwashing tactics. They likely aren’t included in our existing Nature Areas because there’s no need for them, the nature areas are already a whole ecosystem. These existing wildlife corridors are hedgerows and Trent’s equivalent of doing the bare minimum. It’s great that they want to incorporate wildlife corridors (hedgerows), but in comparison to all the damage they’re accumulating bulldozing and paving over the land, it really is the bare minimum. Now that the TLNAP has passed, while it’s encouraged that users still contribute to it, the Bioblitz has served its main purpose. It stopped Trent from claiming that there were important organisms in the region and has involved the public to stop Trent in its tracks and to acknowledge that there is importance in the land they want to develop.

Basil now lives in Haliburton and has moved to different conservation projects, but Debbie is working on a paper summarizing the Bioblitz results and using the gathered data for further research and land protection. As we wrapped up the interview, I asked Basil if there were any last thoughts he had about the TLNAP. Without hesitation, Basil answered that he wished that Trent would acknowledge species at risk and plan for them. He acknowledges that they have made some plans for nature, but they seem like an afterthought. Consideration for the Nature Areas should be moved to the forefront as they make Trent unique and we’re lucky to have the natural history of such a diverse ecosystem. He theorizes that if they make nature the forefront, there will be too much public pushback, and it’s sad that they can’t prioritize nature because of possible public pushback. It is sad that we can’t have development and nature coinciding. Why does it always have to be one or the other? When did we as humans and developers stop being a part of nature? 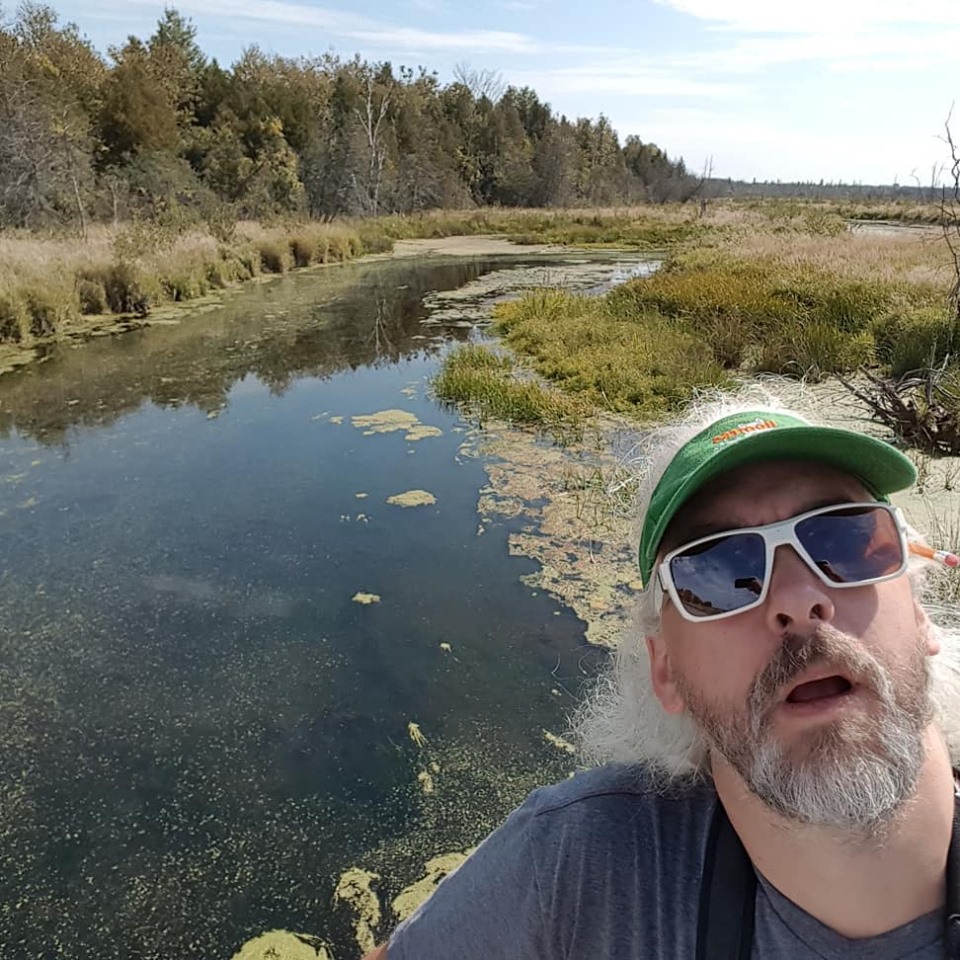 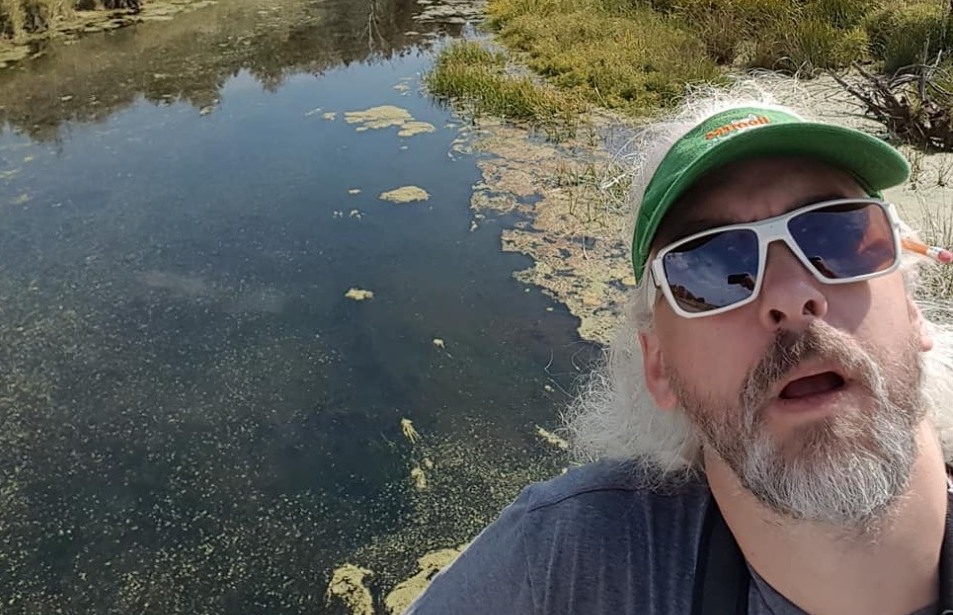 Respectability, Harassment, and the Fight to be Trans Online with Autogyniphiles_Anonymous
By
Evan Robins
Related