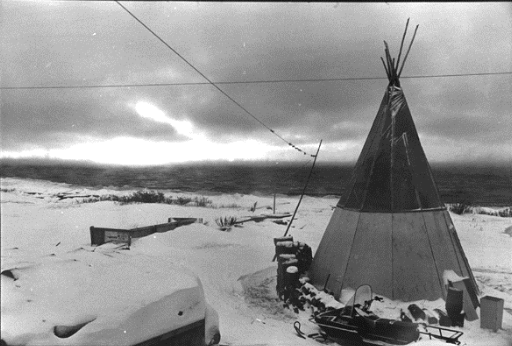 Canada's dark past, and the path to peace

On Sunday, August 9th, Peterborough locals gathered on the T-Wharf at Little Lake to mark the 70th Anniversary of the Hiroshima and Nagasaki Atomic Bombings in 1945. Among the organizers was Carol Winter, who contacted Arthur about the event. The sun was setting in the hazy evening, and quiet understanding permeated the air. Lantern boats with multicolour sails were placed gently into the river and seen off to commemorate the lives lost on Hiroshima Day.

Lanterns floating in the dusk[/caption]

The event was intended to promote peace and show solidarity with the Japanese, who are also currently fighting to maintain their constitution of pacifism, and prevent war. Their current constitution is under threat by groups who wish to amend it. The discourse throughout the evening circled around Canada’s international involvement in war-torn countries currently, and in the past. Canada’s reputation as a peacekeeping nation has significantly diminished. Outside countries no longer see Canada as a peaceful entity. Rather, Canada is recognized as a strong American ally that has sent troops into several locations over the last decade.

The Hiroshima commemoration was also a space for discussion. Speakers engaged the audience in a dialogue concerning Canada’s future, and what could be learned from the past. The event was emotional, educational, and included people of many ages, even children. Several groups were in attendance to show support, including Dave Nichols of the New Democratic Party. When asked about his reflections on the evening, he stated:

“I think this is incredibly moving. My Grandfather fought in the second World War, he was gone for five years.You know, Canada, when we need to, will defend ourselves. I would prefer our country to go back to being a peacekeeping nation that was well respected. When you talk to veterans, when you talk to survivors, they’re the biggest pacifists in the world. It’s really unfortunate that we have to go through wars for people to realize that you shouldn’t be waging war. I liked the phrase that was used earlier, that we should be waging peace, and we should not only be waging peace on each other, but waging peace on the Earth. when you talk to.”

The Hiroshima and Nagasaki disasters were a tragic blow to the global consciousness. Still, why should Canadians commemorate the date, and hold vigil? What did Canada have to do with this event? After all, it was the United States who were solely responsible for the bombings … right?

A majority of Canadians are unaware of Canada’s involvement in aiding the United States with the Manhattan Project, which was the codename for the research, and development of the Atomic bomb. This project would ultimately lead to the bombs that were used in Japan during World War II. The year was 1942, and William Lyon Mackenzie King was Prime Minister. He sat in his office in a confidential meeting as the concept of mining in the Northwest was first proposed to Parliament.

Malcolm Macdonald, the British high commissioner at the time, introduced himself and his companions Professor G.P. Thompson, and Michael Perrin, who were both scientists. According to former Prime Minister King’s book War Into Cold War, King learned that what the British wanted from Canada was “the acquisition of some property in Canada, so as to prevent competition in price on a mineral much needed in the manufacture of explosives.” Perrin told the Canadian leader that uranium was a “military weapon of immense destructive force,” based on intra-atomic energy. Perrin recalled in later years that “a look of absolute horror and panic” took over King’s face as the meeting continued. “The first country to possess a military weapon of this kind would win the war,” King was told.

Uranium, a necessary ore for the creation of the A-bomb, was secretly mined on the shores of Great Bear Lake in the Northwest Territories. The ore was mined by a semi-nomadic indigenous group in the area called the Sahtu Dene. Fourty-five kilogram bags of ore were hauled to large boats on the Mackenzie River to be processed in what may as well be Peterborough’s backyard, Port Hope. This went on in the peripherals of the Canadian public, who were immersed in the happenings of the War overseas. Meanwhile, the Sahtu Dene people were generating sixty tonnes of uranium oxide, and coating themselves in layers of radium dust that violated the entirety of their body.

The Charter Community of Délįne (pronounced "day-li-neh") is located in the Sahtu Region of the Northwest Territories. Photo taken by Robert Del Tredici[/caption]

Children were playing in the waste, and fathers were bringing residue into the household. No one in Deline, the home of the Sahtu Dene, knew what uranium was or the dangers of the rock.

The bags would leak often, as the ore was like fine sand. Men would bring home the sacs used to carry the ore to patch up their tent roofs. The rain would leak through the cloth and into their homes. Francis Tatti, a deckhand and river pilot, stated in an interview in the documentary Village of Widows, “We always wondered what this oar was and why we were haling it.” This statement particularly reveals how the Sahtu Dene did not know why they were mining, which further portrays the atrociousness of the situation. It wasn’t just humans and the land that was affected; the migrating caribou population also suffered from the devastating effects of the mined radium.

The river supply routes of the Northwest were the travel hot spots for exporting the radium. The term “uranium widow” exists because most women lost their husbands to cancer; leaving an entire group of women without their partners. Village of Widows recounts the struggle of the Sahtu Dene people, and explores the aftermath of the mining in the village of Deline. The one hour documentary was filmed by a Peterborough resident, and aired on Canada’s Vision TV network in 1999. It is a timeless piece that has won several awards and is available for free online.

Interestingly, an ancient Native legend had always urged people to, “leave the yellow metal in the ground.” Unfortunately, Sathu Dene workers in the Northwest territories were desperate for employment, and as previously mentioned, unaware of what the metal would be used for. The metal literature of the day did reveal that uranium mining came with hazards, and scientists knew of the health consequences; particularly from the European experience of miners who died from lung cancer mining the very same metal.

In the early 1930’s, blood tests were conducted and revealed that the blood counts of these men had been altered. The Canadian government was well aware of the lethal properties of uranium, and yet the workers hired to extract the metal were not given any warnings of protective clothing. King would later write in his book, “How strange it is that I should find myself at the very centre of the problem, through Canada possessing uranium, having contributed to the production of the bomb, being recognized as one of the three countries to hold most of the secrets.”

When the Sahtu Dene people learned what the uranium they had been extracting and shipping had been used for, they were devastated and riddled with guilt. Despite the poverty of the workers, the Sahtu Dene gathered a group to travel all the way to Japan to issue a formal apology for their involvement in the tragedy that had befallen the two cities. The knowledge of their part in the disaster, as well as the years of illnesses and poisoning that has followed since the uranium mining has saturated their existence.

The Sahtu Dene in the Northwest Territories in Deline are still suffering. To this day,the government has yet to acknowledge the injustice committed against Canada’s Indigenous people, for the sake of waging war. 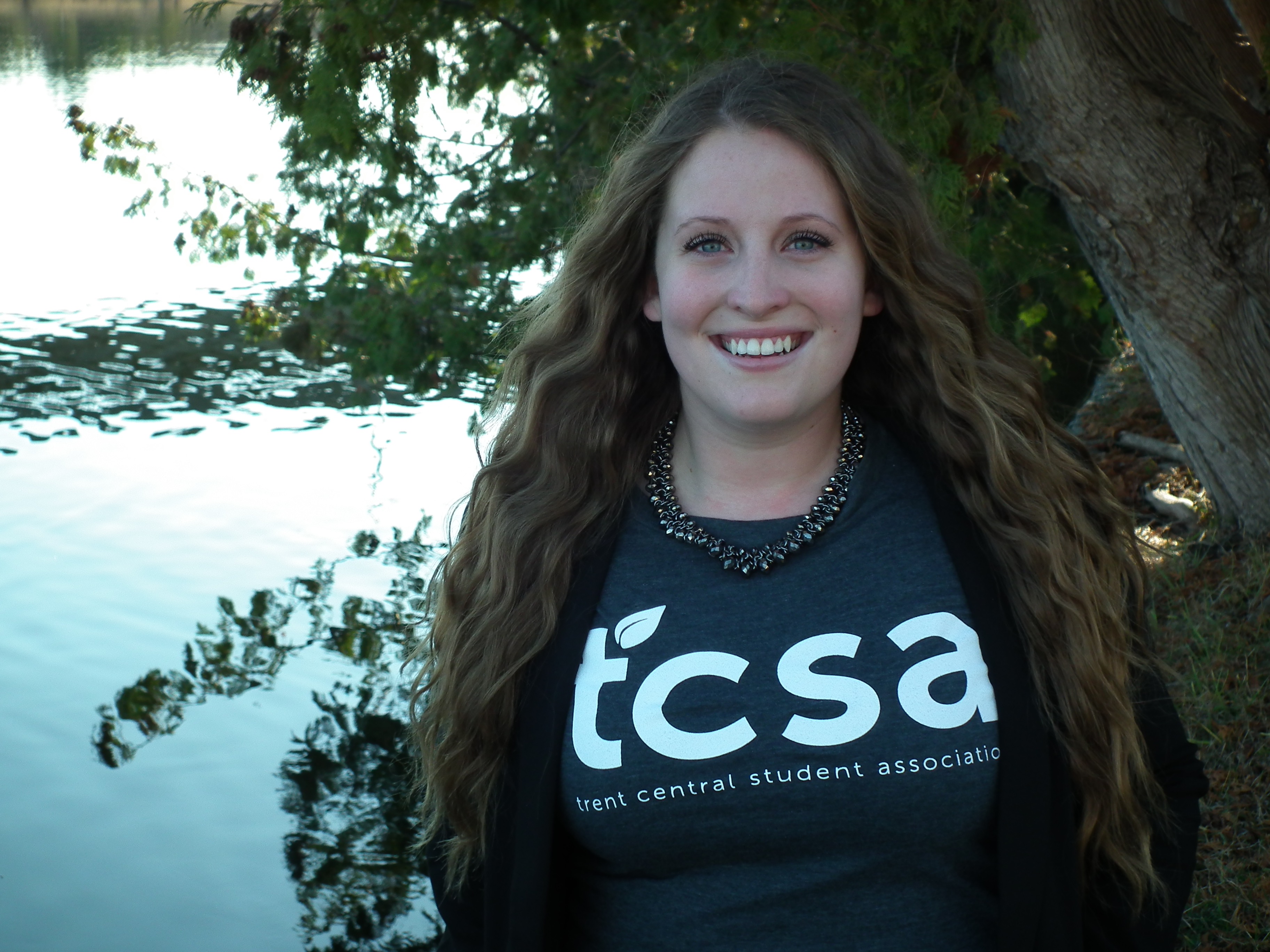 Interview with Alaine Spiwak
By
Yumna Leghari
and
Culture
|
Arts

Indigenous Studies: a lack of resources and faculty
By
Keila MacPherson
News
|
Campus