The Peterborough Downtown Business Improvement Area (DBIA) Annual General Meeting (AGM) took place on Wednesday, October 25, 2017 at 5:00 p.m. at the Showplace Nexicom Studio at 290 George Street North. This organization helps to promote economic development in the downtown core of Peterborough and also to ensure the continuing viability of this crucial area of our city.

Terry Guiel, the Executive Director of the DBIA said that the DBIA’s main purpose was to sponsor “events, beautification, the promotion of downtown, and to advocate on behalf of its members.” Mr. Guiel said that the DBIA has existed since 1982 and that he has been working in the downtown area for over forty years.

I broached with Mr. Guiel the touchy subject of public safety perceptions. Mr. Guiel said, "downtown is safe, the statistics prove it, but what we have discovered is that it is more a question of public perception than anything else. People see the homeless, the panhandlers, and people with mental health problems talking to themselves, and they don’t feel safe as a result. Or they see an empty storefront or a bong shop and they also feel unsafe."

Mr. Guiel mentioned that a study was commissioned through the Social Services department to deal with the perception issue which resulted in the Ambassadors program being created, who according to Mr. Guiel, were trained in mental health issues as well as de-escalation tactics. However, he admits that the perception problem persists and that he is going "outside the community to bring about solutions." Mr. Guiel mentioned that Nathalie Napier, formerly of COIN (Community Opportunity and Innovation Network), a former not-for-profit community economic development organization that worked to provide training and support for unemployed and underemployed people in this area, was hired by the DBIA to look into finding more viable solutions to this issue. Working alongside Ms. Napier is Sarah Cullingham who conducted an "age-friendly" survey called "Downtown Belonging" in partnership with Social Services. I spoke with Ms. Cullingham over the phone and she said that the goal of the survey was to start "talking with people about their experiences downtown." She mentioned that the goal of the survey was not so much to directly address the specific issue of poverty and homelessness, as it relates to people with addictions and mental health problems, but rather to address "all people who use downtown, both those who are homeless and those who are not," and in the survey to get a feel for their "narrative experience" through, among other things, a series of word associations which were asked of the respondents, to see what things were evoked in their minds about downtown when certain words came up. Ms. Cullingham emphasized that her project aimed at finding out from the people who used downtown, what would be their "ideal downtown." She ended by saying that the results of the interviews, which she called a "consultation process," would be tabled in November and would hopefully generate what she called "program interventions," such as tours of the downtown area. When I asked Mr. Guiel specifically if this effort would result in any concrete action to address the issue of people with social problems in the downtown core, such as the opening of a drop-in centre, or club house for example, he did not answer with any specific proposal of this sort, but said that Ms. Napier and Ms. Cullingham would report back to him in November, and that he was hopeful that a viable solution to this ongoing problem would be forthcoming.

Mr. Guiel emphasized that the issue with people with mental health problems and addictions cannot be solved using punitive measures but must be done proactively. He highlighted that downtown already has four methadone clinics as well as the Canadian Mental Health Association (CMHA), and Social Services. He believes that the DBIA is not being given the resources to deal with the effects of the poverty downtown, and that the DBIA needs the help of experts in that field to deal with the perceptual problems which surround such issues. Mr. Guiel went on to underline that the DBIA is not an expert in issues regarding social services but have had such issues thrust upon them by default. Mr. Guiel referred to his current strategy as his "Hail Mary Pass," to hopefully deal with the issue because, in his words, the "perception is getting worse."

Mr. Guiel said that his role is beautification, and, to that end, he is part of a beautification subcommittee to deal with the "vibrancy visionary project" to improve the appearance of downtown. This includes more murals, free WIFI, flowers, banners, and to hold more events downtown. There were more than forty events in the last year alone. In Mr. Guiel’s words, he said that he wants to "positively animate downtown," and to create a "creeping barrage of beautification." He said that those responsible to deal with the ‘perception’ aspect of the improvement of downtown need to help the DBIA so that it can do its job properly.

Mr. Guiel also added in his remarks to those in attendance that he was very proud of those who planned and executed the City’s Canada 150 events, and also mentioned a new initiative which proposes to collect cigarette butts in high traffic areas and have them recycled for money and to give the funds to charity. 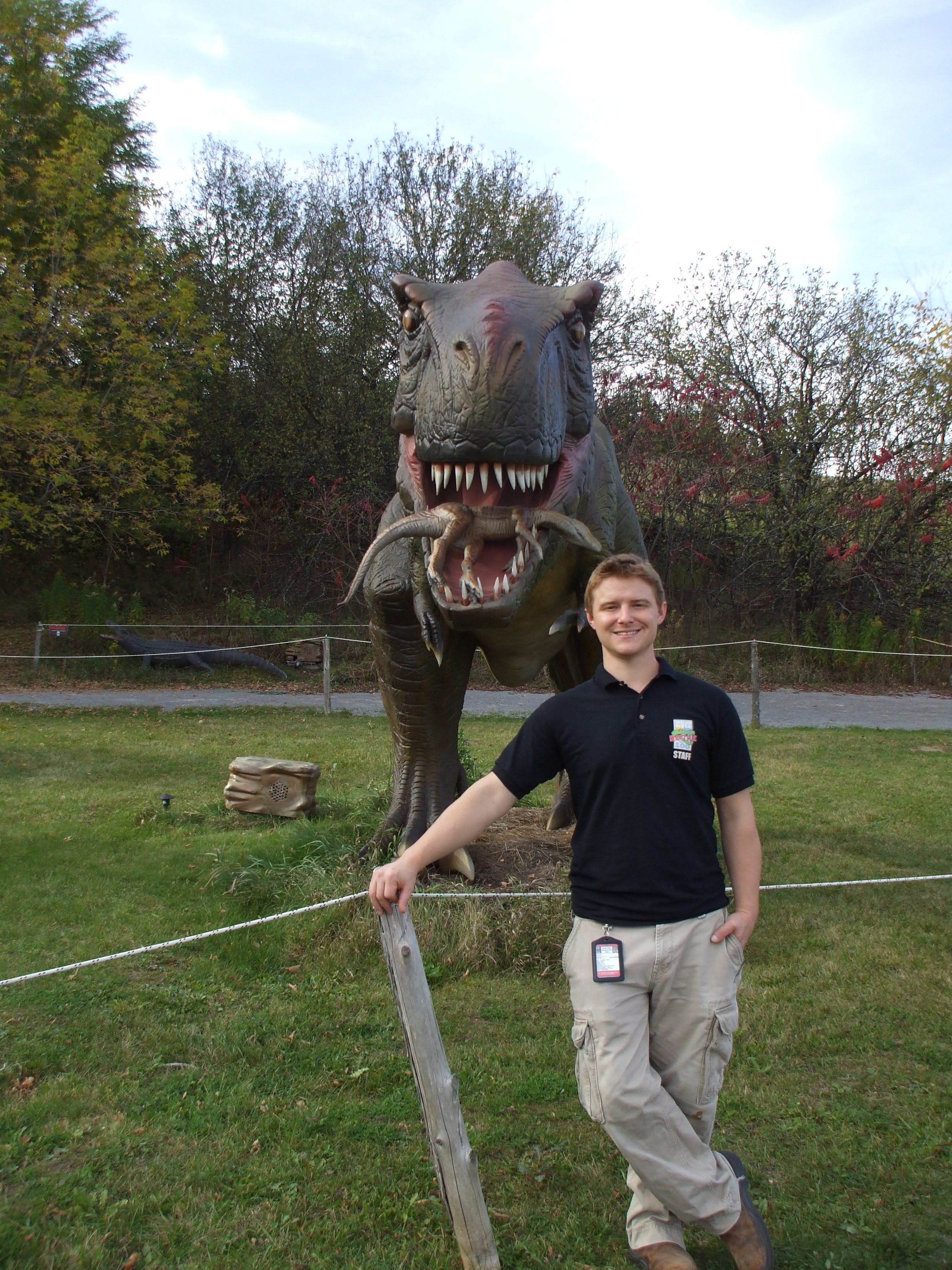 The Indian River Reptile Zoo: Liz-oads of Fun for the Family
By
Peter Stuart
and
Culture
|
Arts