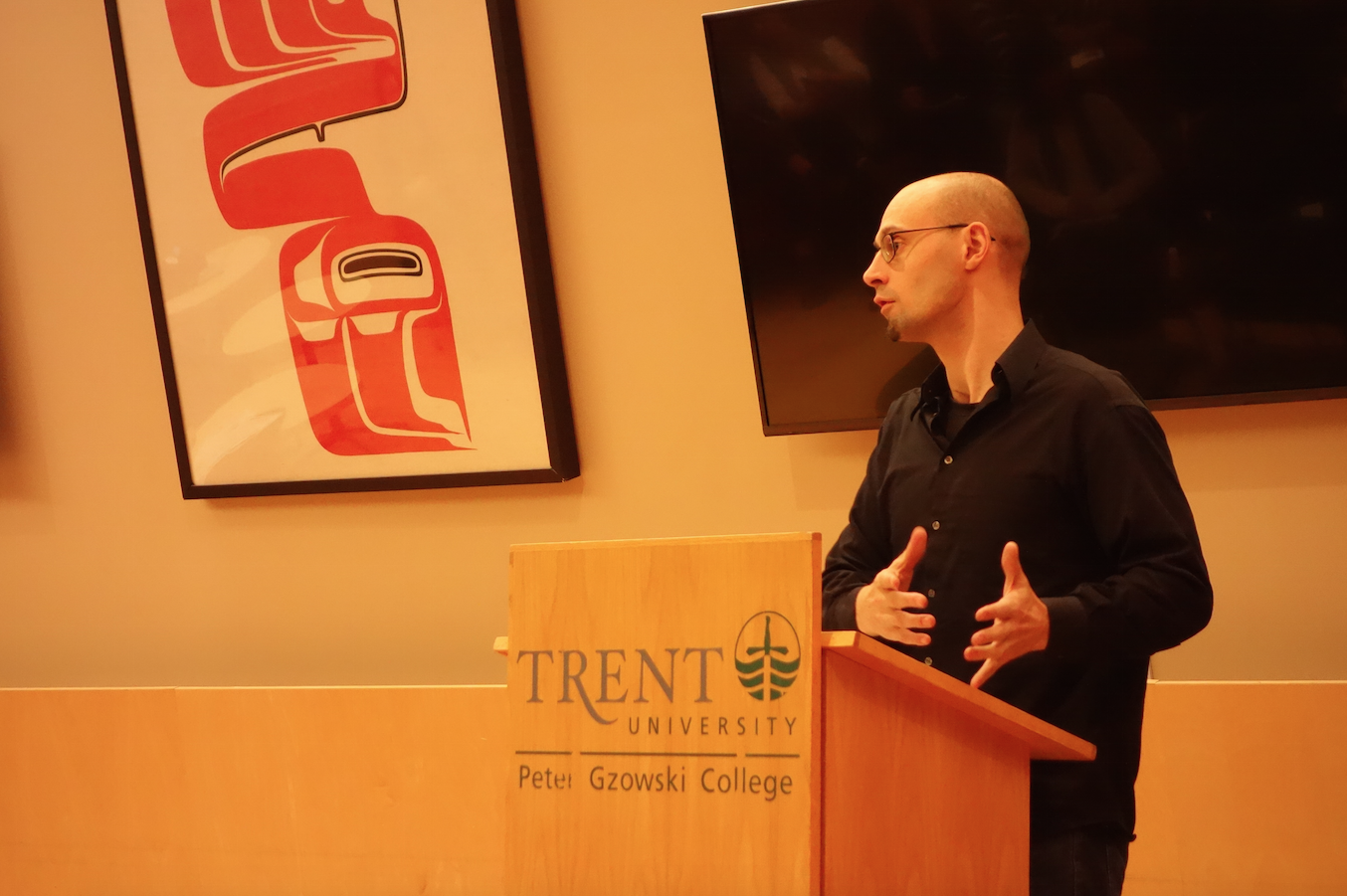 OPIRG Peterborough kicked off their first annual Anti-Consumer Week on November 21st with an official book launch of Yves Engler’s new book A Propaganda System in Gzowski College. This book sets out to provide answers as to why Canadians remain misinformed about Canada’s historical and contemporary role as a supporter of empire, racism and exploitation on the global stage.

Before the author spoke, OPIRG Coordinator Kay Ma provided information regarding Anti-Consumer Week, which ran from the 21st to the 28th and featured events such as a talk regarding the contradictions between capitalism and religion, as well as a “Buy Nothing Day” on Black Friday, which challenged students to curtail their consumption on this day usually reserved for doing just the opposite. This was followed by professor Marc Nuefeld, who provided a brief introduction for Engler.

Engler began his presentation by noting that if you were to ask the average Canadian citizen whether or not Canada is a force for good in the world, 9 out of 10 times the answer will be a resounding “yes”. He seeks to challenge this common perception among Canadians, claiming that the nation’s foreign policy role in the past century and today has served as a means to support American empire and Canadian corporate interests, rather than the fulfillment of moralistic pursuits.

As to why overwhelming public opinion up to now and Engler’s research regarding Canada’s role in the world is in such stark contrast, the author cites a corporate-owned mass media that adheres to a strict set of structural filters, which function to limit the scope of acceptable political discourse within the press. These filters include, but are not limited to, advertisements as the media’s prime source of revenue, social pressures from powerful institutions, as well as a dependence on U.S. news sources, which generally espouse a narrative that favours the needs of U.S. corporate interests.

Engler noted that in his own writing, it is rare for mass media institutions to publish his op-eds which are generally critical of Canadian foreign policy. Of publications like Huffington Post, he remarked that the more boring and uncontroversial you make your piece, the more likely it is to get published.

Coverage of Canadian military efforts abroad by the media are subject to not only corporate constraints, but ones at the state level as well. Engler noted that The Canadian Press receives major subsidies from the Canadian government and works closely with the Canadian military. This in turn, he argues, leads to coverage that is void of substantive criticism of the country’s military actions overseas.

Canadians’ perceptions of the nation’s foreign policy efforts are shaped by not only the media, but scholarship as well. Yves asserts that academia is also subject to these corporate and state limitations on political discourse.

To demonstrate this claim, he points to the Munk School of Global Affairs at University of Toronto, named after billionaire investor and founder of Barrick Gold, Peter Monk, who donated heavily to the building of the school. Engler notes that Munk has blatant, major financial interests in the future of Canadian foreign policy, and that the curriculum at MSGA undoubtedly reflects this fact.

As to what inspired Engler’s research into the role Canada’s corporate class and military industrial complex plays in shaping public consciousness, the author cites the major role Canada played in a 2004 coup d’état in Haiti, which overthrew democratically elected President Jean-Bertrand Aristide, and the lack of media coverage that followed. In 2003, the Canadian government hosted the Ottawa Initiative of Haiti, where leaders met to discuss and strategize the coup. However, not a single major media outlet within the country covered or even mentioned this event in the ten years since the conflict took place.

Engler also took time to announce plans to launch the Canadian Foreign Policy Institute, which will serve as an online hub for writers to post stories critical of Canadian foreign policy.

To view more of Yves Engler’s writing, or to purchase a copy of his latest book for yourself, you can check out his website at yvesengler.com.

Volume 56, Issue 0 Copy
Subscribe to Arthur's Newsletter
Thank you! Your submission has been received!
Oops! Something went wrong while submitting the form.
No items found.
From Clay Duncalfe 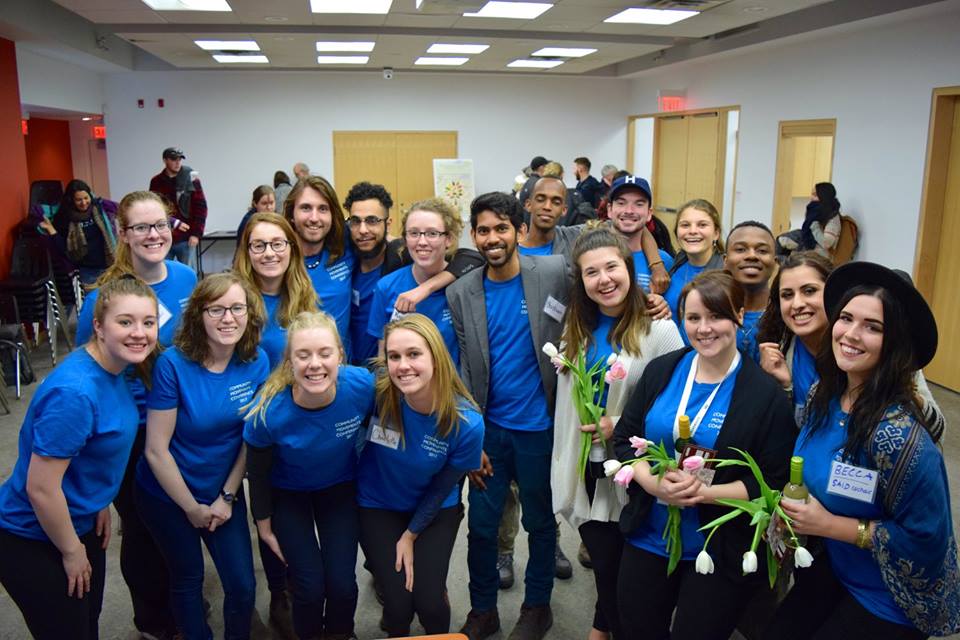