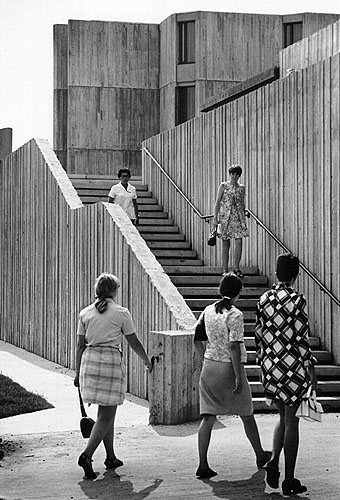 Lady Eaton College: a proud past and a hopeful future

Anchored at the base of Symons Campus’s rolling drumlin, Lady Eaton College’s zigzagging, concrete architecture manages to stand boldly against this distinctive landmark, while at the same time avoiding any significant obstruction of its natural beauty.

Established in 1968, just 4 years after the opening of Trent’s first academic facilities, Catherine Par Traill College and Peter Robinson College, Lady Eaton College was originally an all-girls residence, housing both undergraduate and graduate students, as well as teaching staff. It now is home to about 250 undergraduates, as well as the departments of History, Gender & Women Studies, and Philosophy. Named after the late Flora McCrea Eaton, LEC remains one of Trent’s oldest and most vibrant colleges.

[Pictured] Flora Eaton and her children Photo by William James[/caption]The youngest of 8 children, Flora Eaton was born and raised in Omemee, a community located just 10 miles outside of Peterborough. She met her future husband, John Craig Eaton, who would later become president of his father’s T. Eaton Company, while training as a nurse in Toronto. After his death, Mrs. Eaton took on the title of Director of the company for many years, and is said to have taken a particularly active interest of the welfare of her employees.

Following her departure from the company, Flora went on to involve herself in various organizations, including the Timothy Eaton Memorial Church, the Royal Ontario Museum, the Art Gallery of Toronto, Eaton’s Girls’ War Auxiliary, as well as the Royal Winter Fair.

In a memo regarding the opening of Lady Eaton College, founding President of Trent University, Thomas Symons stated 3 major reasons Mrs. Eaton was chosen to be given this honor: her role in the founding of the university as one of its first honorary sponsors, her distinct association with the Trent Valley, and the outstanding public service she displayed throughout her life.

Like much of Trent’s campus, LEC was designed by renowned Canadian architect and the university’s Master Planner Ronald Thom. A key component within the masterpiece of 20th century architecture that is the Symons campus, this college’s modernist design and various facilities that occupy it provide students with a space that is not only accommodating to live and learn in, but one that also fosters a true sense of community among peers.

It is hard to talk about Lady Eaton College without mentioning Trent’s collegiate system as a whole. Modeled after Oxford and Cambridge University, this more than 800-year-old system of academic governance promotes a unique, twofold sense of school spirit amongst members of the Trent community: not only are students are encouraged to take pride in their affiliation to Trent itself, but in their given college and its own distinct culture as well.

This begs the question: If each college has its own culture that makes it special, what sets Lady Eaton apart from other colleges within the Trent community? In speaking with Michael Eamon, who served as the Principal of LEC from 2012-2014, I learned about a unique tradition of historical inclusivity and diversity within this community. Eamon, a historian himself, made an significant effort during his time as Principal to not only support the Trent African and Caribbean Student Union in promoting black history events around campus during the month of February, but to also establish LEC as a “hub for Black History Month”.

Eamon also noted that before this, Professor of History Carolyn Kay made strides to bring her major area of study, the Holocaust, to the forefront within LEC by hosting events with survivors to inform students about this difficult chapter in human history.

LEC’s current College Head, Lindsay Morris, who took on the position in mid-2014, told me that like all of the colleges at Trent, Lady Eaton has its own “unique vibe” that can be felt while walking through its halls. One of Lindsay’s favorite parts of her college is that it is a great study space for students, pointing to the Junior Common Room and the Pit as examples of places students can study, relax, or host special events.

As for what lies ahead, Morris is looking forward to this years Ashley Fellow, which will feature York University’s Dr. Stevi Jackson, a Gender & Women’s Studies professor and co-author of the book Gender and Sexuality. Jackson will be hosting various public lectures and panel discussions relating to her field of study within the college during the months of January and February.

Morris also made mention of an upcoming art show that will be hosted by LEC, which will give students, staff, and faculty a chance to showcase their art to members of the Trent community. Lady Eaton will be hosting the first Seeley Women in Leadership Luncheon this year as well. This event is named in honor of LEC’s first college Principal, Marjory Seeley and will take place on International Women’s Day.

In its nearly 50 years of existence, Lady Eaton College has served as not just a home for thousands of Trent students, but also a hub for lively academic discussion and student engagement within the Trent community. The active role it plays in the education of its students both in and outside the classroom solidifies this often-overlooked college as one of Trent’s greatest assets in its commitment to challenge the way students think and view the world around them. 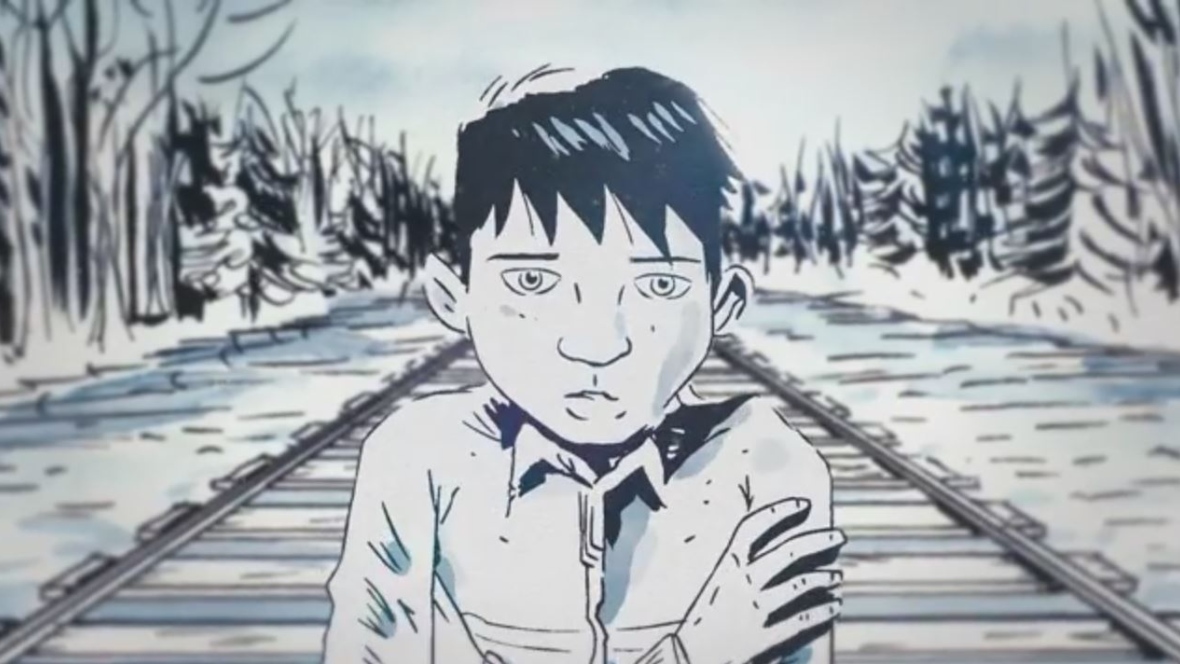