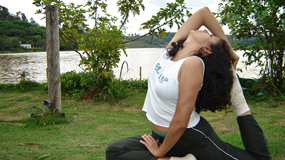 Written by
Daisy Komujuni
and
and

A commentary on the new age propagation of racialized self-hate

As I flippantly perused the Internet the other day, I stumbled upon an article that made me feel a full spectrum of emotions ranging from amusement to full-blown irritation. The article was part of the Jane XO segment It happened to me and was entitled, “There are no black people in my Yoga classes and I’m suddenly feeling uncomfortable with it.”

The title alone threw me, but I pressed on in the hopes that this would be one of those insightful articles with a vaguely inflammatory title placed there to draw in the masses and share the deeper message.

The author starts by speaking of a “heavy set black woman” who walks into a yoga studio and is understandably confused during her first class as any one of any race would be. She then proceeded to give a heartfelt account of this black woman’s struggle to fit in with the class and her inevitable failure.

The author then makes assumptions about the feelings of resentment that boil up with in this woman, “I was completely unable to focus on my practice, instead feeling hyper-aware of my high-waisted bike shorts, my tastefully tacky sports bra, my well-versedness in these poses that I have been in hundreds of times. My skinny white girl body. Surely this woman was noticing all of these things and judging me for them, stereotyping me, resenting me…”

She concludes this narrative by bursting into tears over the plight of women of colour who cannot find a place for themselves in white America, not even at a yoga studio where they preach the message of acceptance.

Although her tone was rather self-absorbed, she did shed light on a few race relation issues that should be addressed, but all of that seemed meaningless in light of her first major racial bias.

She made the assumption that women of colour spend their days killing themselves to attain the “Caucasian beauty ideal” and then continue to drown themselves in sorrow, self-hate, and unbridled resentment when they fail.

Sure, there may be some black women who feel this way, but the vast majority of us do not find our hips and thighs a cumbersome burden but rather something to be appreciated and celebrated. We do not go to yoga class hoping to one day turn into blue-eyed, blonde-haired “skinny white girls.” We admire the look but do not aspire to it because inadequacy is not implied by the fact that we don’t look like that.

Of course, she cannot be blamed in making this false assumption. Western society is bathed in images of women who hold this aesthetic and they are held up on a pedestal for it. Even Beyoncé, a woman who is supposed to be representative of black beauty in the media, flaunts honey blonde straight hair and a look that is probably as close to the Westernized ideal as any woman of colour can get.

In her film Still Killing Us Softly, Margret Lazaras talks about how the advertising age has created an image of women that is completely unattainable for all women, but especially for women of colour.

Try as we may, we shall never be white, yet often black women who are portrayed as beautiful in the media are the ones who come as close to attaining the tall, straight-haired “skinny white girl” look.

Those who do not fall into this category are often dehumanized or photographed in a jungle or Savannah setting of some sort. Every decade or so, a dark-skinned “it” girl is brought to the lime light—Iman, Alek Wek, Naomi Campbell, and now we have Lupita Nyong’o—but this handful of starlets are hardly representative of the broad spectrum of female beauty that often goes ignored by Western (and dominant) media.

At this point you may be thinking, “Well, the media and advertising has to make women feel inadequate because they have to sell products that ‘fix’ these inadequacies. It’s not that big a deal and certainly has nothing to do with race relations.”

In this case, you would be wrong. It has a lot to do with race.

We live in a flawed society that has trained us to believe that a woman’s worth only stands in her appearance and if she falls short of the standard, she is of lesser value. There is the obvious effect of this, which is women begin to develop self-esteem issues.

But something else, something far more covert, begins to happen: women who do meet the standard begin to develop a sense of superiority. They begin to view anyone different from them as a sad, helpless case that desperately needs their pity and support. They soon start to see enemies where there are none and some might even seek to impose this standard on others, ironically breeding the resentment they fear.

At the end of the day, such thinking is the bedrock of racism. A baseless belief that others must feel inadequate because of what they look like only serves to perpetuate the problem and eventually, it seeps into other facets of life.

As we join hands to end racism, we need to be careful. We should not replace disdain with pity. We need to remain aware of the racial micro-aggressions that continue to plague our societies and we need to inspire open dialogue.

At the very least, do not ruin yoga class for someone just because they do not fit the preconceived notion of what yoga students should look like.

Next time you see anyone, regardless of their race, struggling in a yoga class, walk up to them and offer some well-meaning assistance. As a girl who is often lost in those classes, I can assure you that we appreciate all the help we can get as long as it isn’t tainted with the patronizing tone of superiority.

The Anti-Racism Task Force: Performing or Performative?
By
Varun Biddanda
and
From Daisy Komujuni 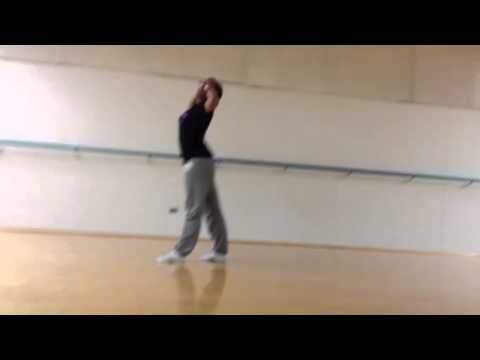 Glow 2013: Bigger and Better
By
Daisy Komujuni
and
Culture
|
Arts