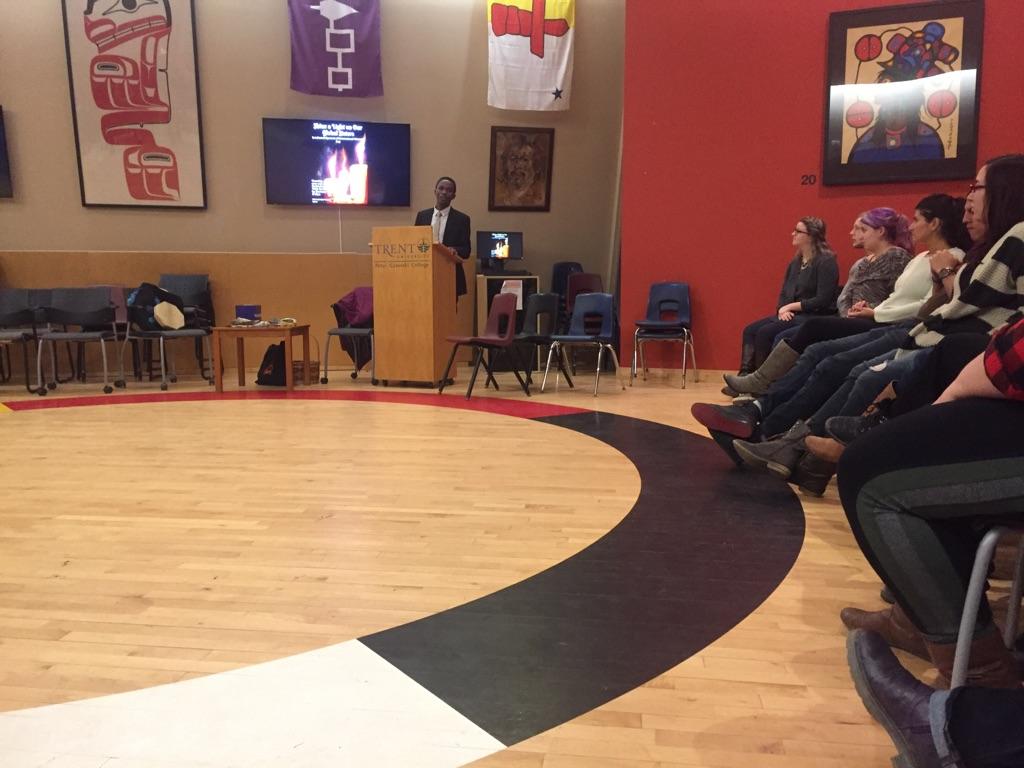 Shine a Light on our Global Sisters honours MMIW

It started with a smudge. Students, faculty and community members gathered in a circle as Dawn Martin and Betty Carr-Braint move in opposite directions to honour both the Haudenosaunee and Anishnaabe. Smoke rises from shells with the smell of sage filling the air while guests use the smoke to clear bad energy. This is how an event to honour the water and women begins.

Each year, Gzowski College, World University Service of Canada and the Trent University Native Association come together to host the “Shine a Light on Our Global Sisters” event in honour of International Women’s day. Originally meant to be hosted on the Bata podium, the organizers did not let the rain stop them on the evening of March 7, and moved the event to the Gathering Space inside Enweying.

This year they decided to honour both women and the water in solidarity with movements like Standing Rock. Started in 2014 by Gzowski College liaisons Jenny Patterson and Brenna Farren, both students with ties to TUNA AND WUSC felt it was time to create an event that addressed the issues of Canadian women and internationally. Reverend Glen Empey from Trent Spiritual Affairs began the speeches with a prayer for women, and was then followed up by PH.D candidate Barbara Wall who spoke about her relationship to the water as an Anishinaabekwe, a mother and a grandmother. She began here speech by introducing herself in Anishinaabemowin, sharing each of her relationships to the land and her family, as well as her name, which means “Woman of the Bubbling Springs.” When asked why she wanted be a part of an event like “Shine a Light on Our Global Sisters” Barbara responded by saying, “By participating in this event I am able to fulfill my responsibility as an Anishinaabekwe to speak for and carry the water.”

The next person to speak was Rwandan international student Emmanuel Gasore, also known to as Gman. For Gman, this event was especially important because of his relationship to his mother, and the role women have taken in his home country. To him the honouring of both women and water are important because, “The same way Water provides life to nature or our ecosystem, women provide life to the human race. Therefore, everything men and women do starts with women, every talent and knowledge exist because women existed.” He also discussed our connection to each other, eloquently articulating this Gman described how when asked to draw a human, no matter where in the world or what community you are a part of we all draw the attributes of what it means to be a human the same way. Two arms, two legs, a mouth and eyes. Despite skin colour, eye colour or hair texture; we are all the same at the end of the day. Gman also went into further detail about the importance of women in Rwanda; he shared with us that “In Rwanda, my country, genocide which was the most tragic event in our history changed the way in which our community understand gender relations. Women became the core saviors of their families; they fed and protected their children and those of their friends.” Both Barbara Walls and Gmans words moved the guests who attended this event to honor both women and the water. Attendee’s also had the opportunity to offer tobacco and prayers for those that they were honouring in a sacred fire located in the Tipi behind Gzowski College.

For organizers Dawn Martin, a current Gzowski College liaison, and Lindy Garneau, Gzowski College head, this night was about more than just honouring water and women, it was about community and relationships. Lindy hopes that those who attended the event that people will leave knowing “that there is likeness in our experiences as women. In the three years that I have been supporting this event, the one bit of knowledge reinforced over and over again by guest speakers is, we are more alike than we are different, and when women support women, little by little, we change the world.” While Dawn Martin hopes that “people leave more aware and leave with the wanting to do more or get involved.” 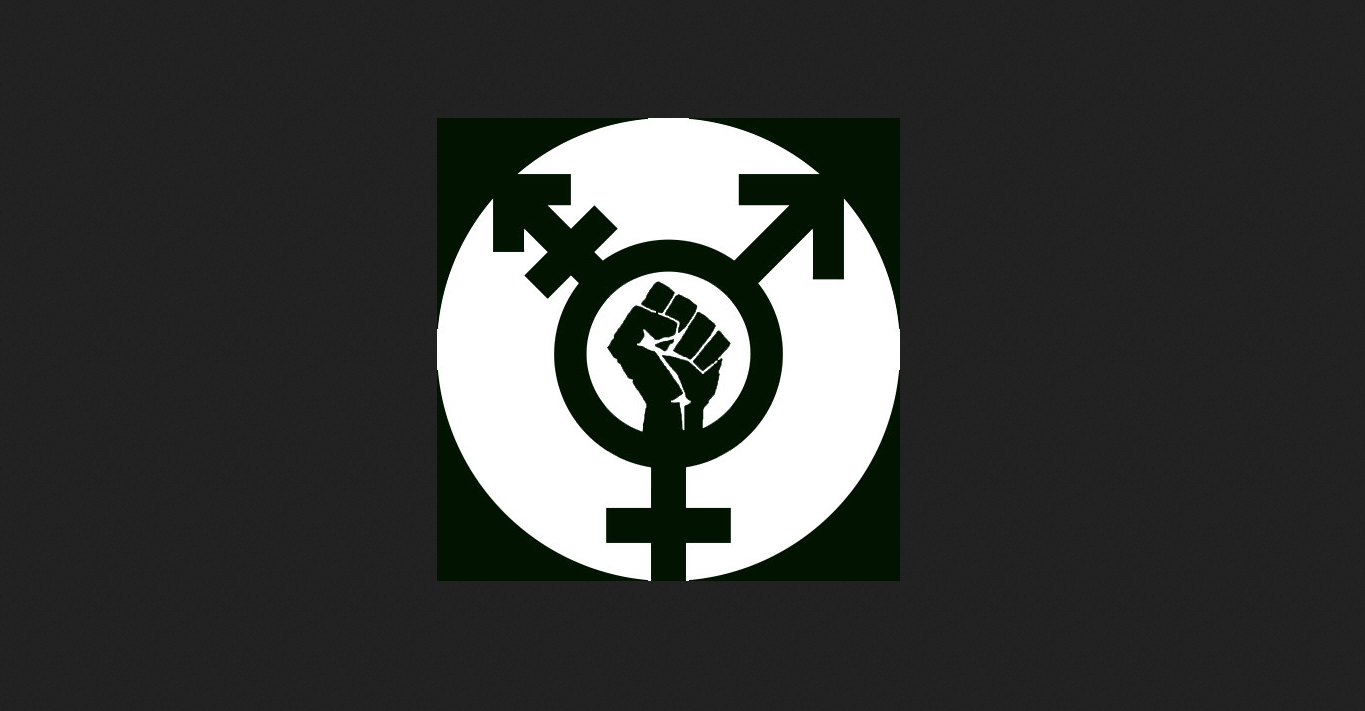