The Next Best Option; the Musicfest Livestream

Written by
Elizabeth Mitton
and

In a year when countless events have been cancelled and postponed, one renowned Peterborough organization has adapted their delivery method to continue their mission of providing “diverse free-admission live music that enriches the cultural and economic prosperity of [the Peterborough-Nogojiwanong] community.”

A staple and pillar of the Peterborough arts community, Musicfest has been putting on free admission concerts throughout the summer in Del Crary Park for over three decades. Not only does this organization provide live music for its audiences, but showcases Canadian artists such as “City & Colour (solo), Crash Test Dummies, Carly Rae Jepsen, Big Wreck, Tegan and Sara, Our Lady Peace, Tom Cochrane,” to name a few. Showcasing such in demand artists free of charge has garnered large audiences; Peterborough Musicfest’s website lists their concert-goers at “some 135,000 in 2019.” Pulling in such considerable numbers of viewers has a profound impact on the community’s economic prowess and job market. As their website explains, “an economic impact study commissioned in 2016 pegged the number at $4.2 million; a significant shot in the arm for our hotels, restaurants, and bars. Musicfest also helps create the equivalent of 44 jobs throughout its annual summer run.”

The ability to put on such impressive shows at a free price understandably requires considerable funding and support. As Musicfest’s website explains, the organization is “funded by corporate sponsorships (most of whom are small locally owned businesses), through multi-level government support, fundraising initiatives, and private donations.” However, the COVID-19 pandemic saw the economy crash, with many small businesses facing financial troubles, and the arts community suffering drastically. As explored in Arthur’s article on the Peterborough Arts Recovery Alliance, “centres for the performing arts and non-venue specific organizations were some of the first to close in March 2020’s initial shutdown, and will likely be the last to reopen fully.” So how has Musicfest adapted to these conditions and remained steadfast in their mission to provide free music during this virtual era of human connection? Arthur reached out to Musicfest’s Marketing and Communications Specialist, Justin Sutton, to find out.

In a press release posted on Musicfest’s website on March 2, 2021, Musicfest announced they would be hosting their first ever livestreamed concert on March 27, 2021, featuring The Reklaws and James Barker. As General Manager Tracey Randall explained, “The Reklaws will be in town to film this special livestreamed concert at the Showplace Performance Centre...James Barker will be featured from his home studio in Nashville.” In a previous Arthur interview, Sutton emphasized the importance of in-person performances; “we believe music should be experienced live and in-person,” but given COVID-19 restrictions, live performances are out of the question. While many other members of the Peterborough Arts Recovery Alliance opted not to transition online, stating “a fundamental disconnect of what makes live performing arts special,” Musicfest was the only organization who chose to offer a livestream performance. When asked what prompted this decision, Sutton explained that despite the current state of the economy, Musicfest was able to maintain enough funding from 2020 not only to survive, but to book performances. “We feel a responsibility to get our funding out the door and into the hands of artists, technicians, caterers, a venue we care deeply about [Showplace Performance Centre], and more. Livestreaming is not our preference but, given where we are, it’s a terrific alternative to an in-person event” Sutton explained.

Despite a livestream not being the ideal delivery method for a concert, Musicfest was determined to make the show memorable and as engaging as possible for both the artist and audience. Figuring out how to accomplish this was a process that took some time. Sutton described the logistics surrounding a livestream performance as somewhat challenging, and emphasized the need for an established relationship of trust with the artists;

Livestreamed shows are, in many ways, a roll of the dice. Big acts don’t always attract large audiences via livestreaming. So, we took our time thinking through what artist our audience would show up for. We also considered a band that we could really work with to produce a stand out show. You can only do that with someone you have a relationship with. Someone you trust, and who trusts you. Something readers might not know is that we found most artists extremely reluctant to sign up with us because they were unsure about what might be allowed, and how we would produce the show. The Reklaws agreed to work with us in large part because we have a longstanding relationship with them. We first hired them as an opening act, and the last time they played at the festival, they headlined.

Once the show’s lineup has been decided, there comes the issue of logistics. As Sutton acknowledged, “Sure, we could have just plugged in a cell phone and called in “good enough” but that brings no value to the sponsors who pay for our shows, and it wouldn’t have been very enticing for the audience.” The solution then, was to hire a team which consisted of “superb video director [Michael Hurcomb], the equally respected sound technician, James McKenty, our own Bill Porter to run the theatre and lights, and several others” to produce a high-quality livestream performance.

While Musicfest could have stopped there, the organization strove to “deliver a different kind of livestreamed experience than is typical.” Sutton acknowledged that “there’s nothing wrong with a show broadcast across social media but it’s a one-way experience” and compared the experience to watching television. In order to provide as much (albeit virtual) engagement as possible, Musicfest opted to use the Side Door concert platform. Side Door offers a two-way Zoom experience allowing the artists and audience to communicate. As Side Door’s website explains, “Our completely secure Zoom integration means [artists] can see the audience and they can see each other. It’s not just a performance, it’s an impromptu community.” This type of delivery was exactly what Musicfest sought; an experience which allowed for “the exchange of energy between performer and audience,” Sutton highlighted.

Unfortunately, this delivery method did not come without limitations - specifically, a limitation “on the number of people who can comfortably participate,” Sutton elaborated. While the livestreamed concert was still free, the audience was required to register for tickets via Side Door’s platform. Due to the limitation of audience members to make the show engaging, all interactive tickets were “sold out” within 36 hours, which prompted Musicfest to “open up the  broadcast to a traditional streaming audience” as well. While these audience members did not have access to the same interactive features as the Zoom audience, the turnout is indicative of “a hunger out there for this kind of experience,” which could possibly lead to more livestreams of this nature.

Of course, due to COVID-19 protocols and restrictions, it may not always be possible to have artists perform out of Peterborough venues, but for their very first livestream concert, Musicfest wanted the performances to be as unique as possible. While this meant the second performance by James Barker had to be livestreamed from his home in Nashville, Ontario-based artists Jenna and Stuart Walker from The Reklaws were able to travel to Peterborough before the show. In the news release, Musicfest board chair Paul Rellinger explained wanting “the performance to be really special,” so The Reklaws travelled to Peterborough before the show to “film a few things around Peterborough” which were aired during the show, while performing the livestream from Peterborough’s Showplace Performance Centre. Sutton explained what prompted the decision to have them perform from a local venue and whether there were concerns raised regarding COVID-19 safety protocol;

We wanted to bring The Reklaws to town for a few reasons. First, we didn’t want to produce another show from someone’s living room. There is nothing wrong with those shows but we wanted ours to look different. Second, we’re Peterborough Musicfest and from our perspective, place matters. All living rooms look more or less the same. So do most performance spaces, but towns and cities all have their own unique flavour because of the people that live there. We live here and we love this city, so we’re going to show it off to people viewing from other parts of the country. It also gave us the opportunity to hire local technicians, and stage it in a theatre we love. Showplace Performance Centre isn’t doing well right now, so if hosting us helps a little bit, we’re thrilled. As for safety protocols, we’ve been in nearly constant communication with Peterborough Public Health since at least April 2020 about what is and is not possible. They have guided all of our decisions and we’re following their counsel to the letter.

It is evident that navigating COVID-19 protocol, offering unique livestreamed performances all while remaining on budget is a challenge. In Musicfest’s news release from February 4, 2021, the organization stated that “seventy-five percent of our sponsorship funding evaporated.” Still, the organization refuses to stray from their founding mandate of offering free-admission shows. Sutton explains this decision as not only a desire to keep music accessible to all  audiences, but a necessity to ensure the continuity of the festival;

Our government funding relies on being free-admission; if we charge a ticket price, we lose our funding. Many of the businesses who sponsor our shows also tell us that a ticket price would be the end of their sponsorship. Frankly, we don’t want it any other way. Of course that may seem to put us in a tough spot just now but we have faith that because music means so much to people, and our festival brings so much economic benefit to the city and country that the funding will come. That’s our sincere hope.

Another sincere hope of Peterborough Musicfest is the ability to return to live performances at Del Crary Park as soon as possible. Whether or not this will be possible for the summer of 2021 is unknown, but Sutton promises that “we will do something, we just can’t say for sure what that is right now.” 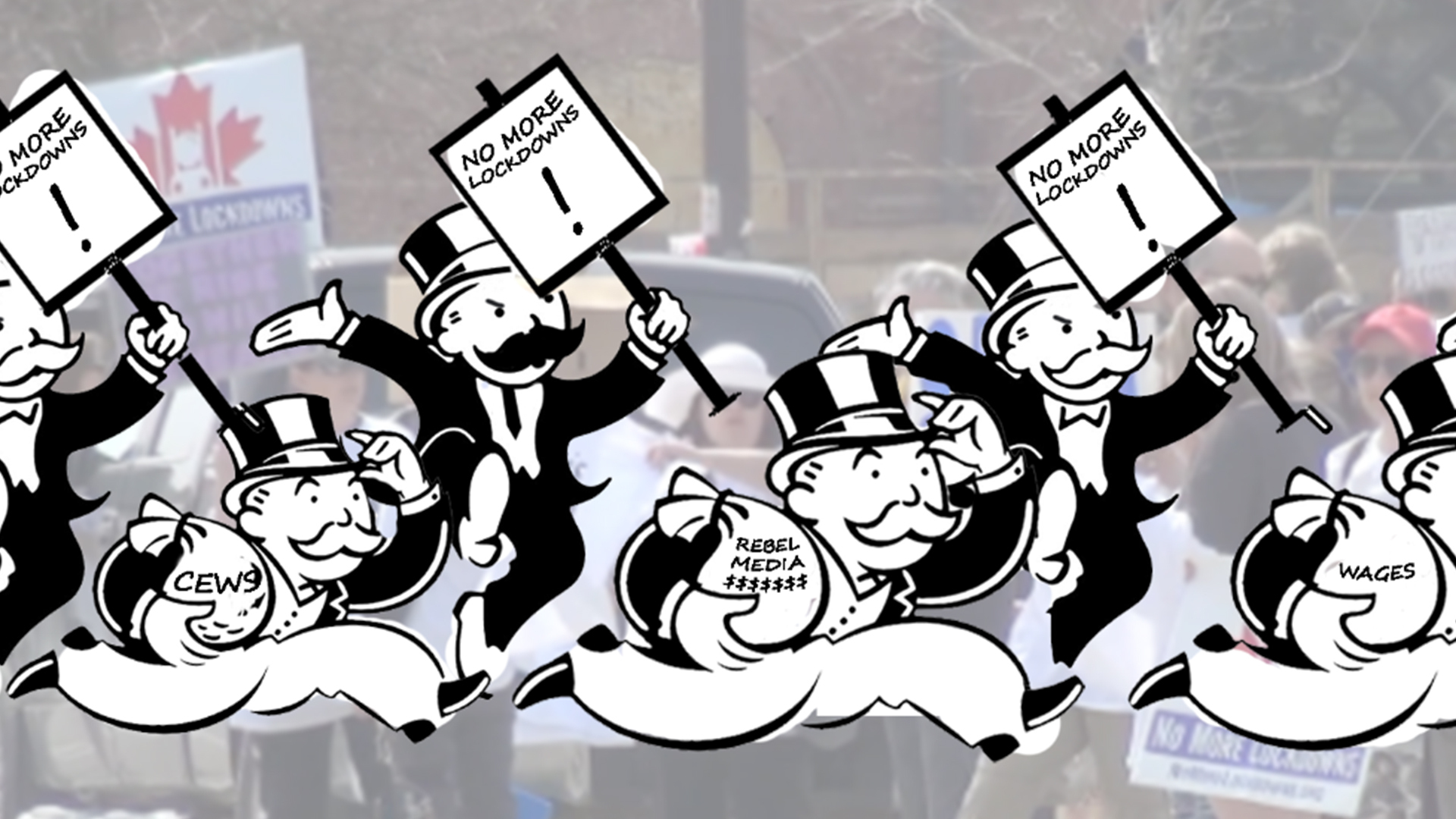 Little Barbershop of Horrors: The Bosses Revolt
By
Cameron Noble
and
From Elizabeth Mitton 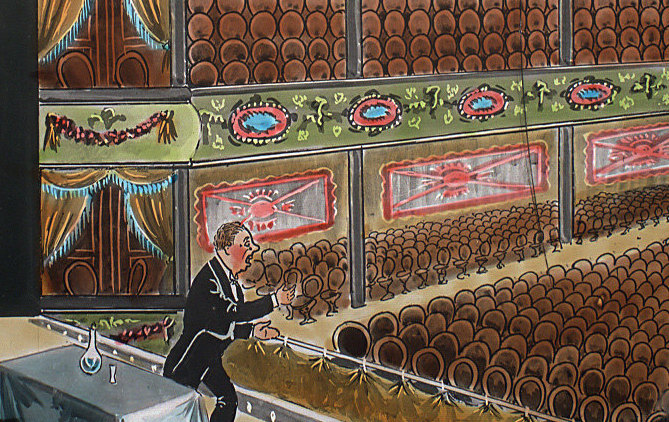 The Showstopper: How COVID-19 has Affected Local Performing Arts Organizations
By
Elizabeth Mitton
and
Culture
|
Arts 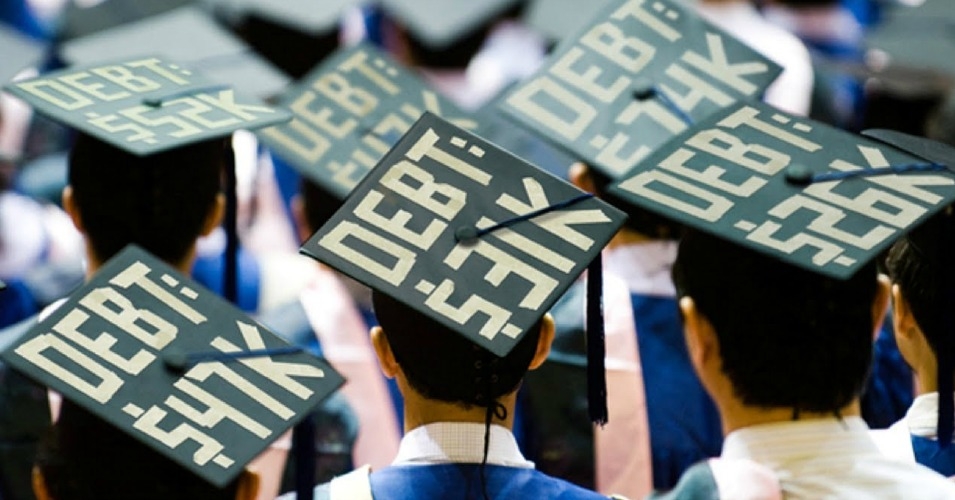 Little Barbershop of Horrors: The Bosses Revolt
By