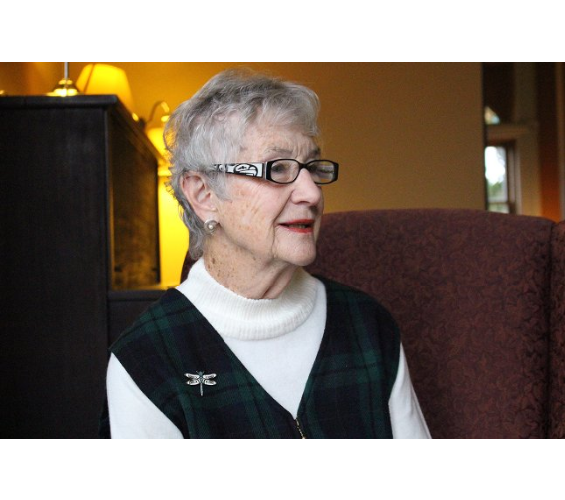 Rosemary Ganley being interviewed in the "Stories of Resistance, Resurgence, and Resilience in Nogojiwanong / Peterborough" 2017 series. Photo via Trent University Library and Archives Digital Collections.

Written by
Rosemary Ganley
and

Rosemary Ganley being interviewed in the "Stories of Resistance, Resurgence, and Resilience in Nogojiwanong / Peterborough" 2017 series. Photo via Trent University Library and Archives Digital Collections.

My long life in feminism comes to a kind of culmination this year, 2020. It is the 25th anniversary of the great UN Conference on Women in Beijing in 1995, which was called “Look at the World Through Women’s Eyes.”

That stupendous meeting, with 1000 delegates from 183 countries examining reports from UN member-states, listening to civil society participants and then pounding out a 152-page outcome document which demanded rapid action from each member state under 12 categories. It was very progressive, heavily influenced by the 35,000 activist women from around the world who made their way to China too, to hold their own officials accountable and tell the truth about the women of their country.

The final communique was called the Platform for Action. Researchers agree that nothing before or since has matched its power and accuracy. One can get it from UN Publications online for a fee.

I have one treasured, battered copy.

We feminists in Peterborough met and fundraised, and sent five local delegates to Beijing: Professor Marion Lynn of Trent; Kirsten Addis, now of Dub Trinity; Leslie Woolcott who went on to be equity officer at the public school board; Carla Castenada, a Guatemalan living in Peterborough; and myself, an educator.

The high number of Peterburians who were motivated to go to the conference reflected the fact that we had a strong women’s movement locally. We had started an annual Persons Day Breakfast in 1991. That well-attended event marked the crucial 1929 court decision that indeed Canadian women were “persons” under the law, a case brought forward by the western-based “Famous Five”.

That landmark decision which came from the Privy Council in England, at the time our final court of appeal, was partial: Indigenous women were excluded. But it was a start.

The NGO conference was held over ten days in the small town of Huairou 40 kilometres from the main site in Beijing. Heavy rain had made the site a kind of mud bowl. But huge tents had been erected and the place hummed with vitality. We were 400 Canadians. Our official government rep, Sheila Finestone, came out almost daily to brief us on the official proceedings and on some of the wording (and about some of the backward delegations: the Vatican, Malta and Libya, for example).

We met, sang, protested, postered, drew up petitions, and organized marches, all under a watchful Chinese eye. It was in many ways life-changing. For white women, who are 20 percent of the world’s population, we experienced this reality in deep new ways. Women were in jeans, khangas, saris, business suits and burkas.

The education one received from meeting and hearing the world foremost marginalized activists, was priceless. I sent dispatches back to The Peterborough Examiner and a few magazines, and have just collected 20 of these pieces in a booklet, which will be available March 8 at the Kawartha World Issues Centre (KWIC)-sponsored event in downtown Peterborough.

I was intrigued especially by the strong critical analysis of the world’s religions at the NGO Forum (not at the official conference – topic too touchy). For the first time ever at a UN meeting, religion was a topic of inquiry. It happens to be one of my main interests. I cannot see the world changing for women without a deconstruction of the power of patriarchy in all the faiths. Fundamentalism has made headway in many parts of the world, the USA for one, and it is eternally damaging to women. I joined the efforts of an NGO based in Washington called Catholics for Choice. That led to an interview in the Toronto Star headlined “Peterborough woman challenges Vatican”.

“Sister, carry on” was our song. Now it adds, “Men allies, welcome!” 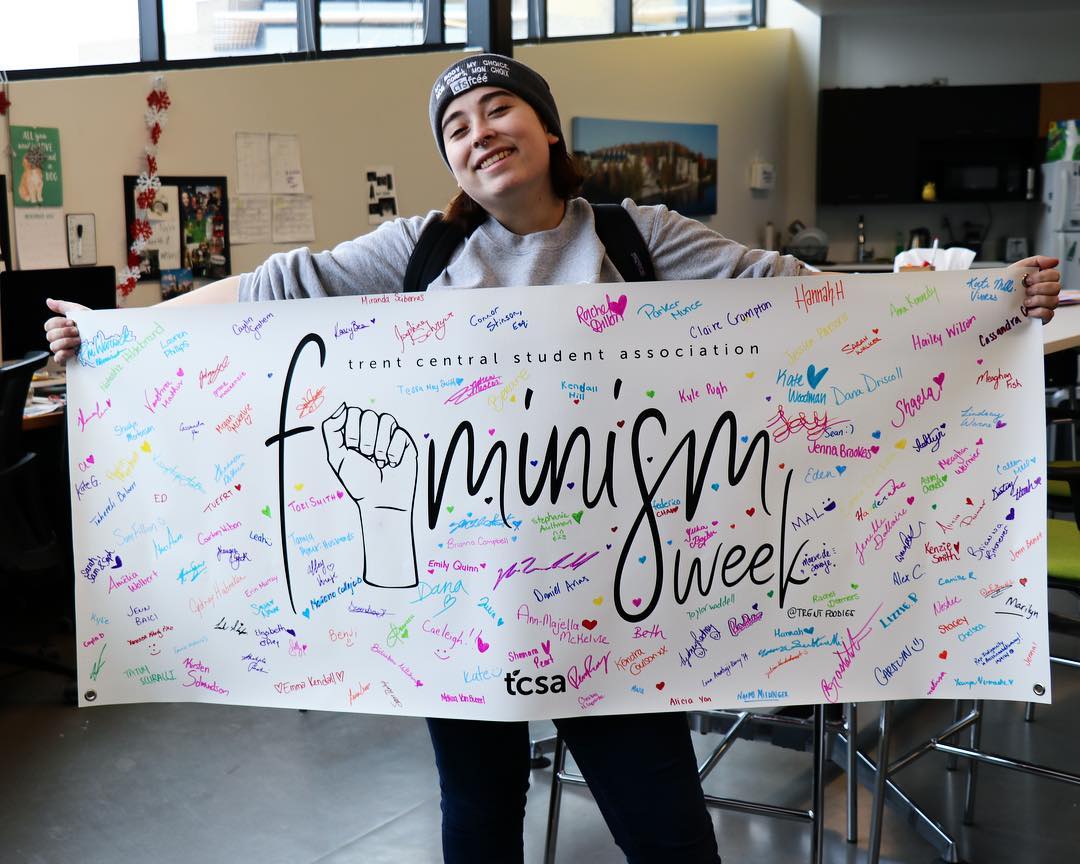 TCSA Feminism Week: Awareness Meets Action
By
Maeve de Savoye
and
From Rosemary Ganley
Hmmmm...
It looks like there's nothing else from this author. Perhaps you, the reader, could
pick up the pen and begin where they left off.
Culture
|
Arts 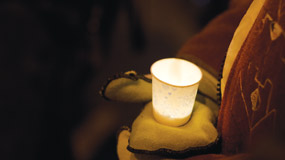 Where do trans women fit into feminism?
By
Simon Turner

Where do trans women fit into feminism?
By
Simon Turner
News
|
Campus