Current Swell played The Market Hall on Tuesday Night. The show started at 8PM. Waiting in the crowd for the show to start, I admired the crisp, clean aesthetics of Market Hall. It is a very posh venue and I felt slightly out of place. The Market Hall’s stage is accented by balconies on either side, and a theatre-style row of seats facing opposite the stage, yet slightly higher up than the ground floor. Beneath the rows of seats and the balconies, sitting directly in front of the stage, are 15 tables set up with chairs sitting formally on a hardwood floor.

The very chic venue seemed to be in direct opposition to the music that was about to come. As the opening act came to the stage and began to set up, the room filled up slightly, but still seemed empty. The Market Hall generally has a capacity of 348 people, but on this night, the room filled up to barely 75 people.

Philip Sayce was the opening act. Philip is a blues guitarist and singer-songwriter who was born in Wales, grew up in Toronto, and lives in California. Philip came to the stage very nonchalantly, bringing just a bassist up with him. He explained profusely that there was usually a full band, but the drummer and other guitarist were ill and couldn’t make it.

He then proceeded to blow our minds. Inspired by the music of Stevie Ray Vaughn, Ry Cooder, and Albert King, Philip played a set of about seven songs, all containing typical singer-songwriter subject matter, but played in a solo-laden blues style. He was one of the most impressive guitarists that I have ever had the pleasure to listen to.

His verses were grungy and distorted, with many songs being about a young person’s burden and inability to get ahead in society. Pairing this with his long, eclectic, in-your-face solos and gentle sweeping of the strings, it made for an impressive, daunting, and dynamic performance.

After a short break, Current Swell came on stage. I was sure that the auditorium would fill up for the headliner, but unfortunately, the numbers stayed about the same. All tables were filled up but the balcony was empty and the theatre seating barely had the first two rows filled. This made for an intimate and private performance, with Current Swell being able to talk specifically to members of the audience, and play sometimes stripped down version of their songs.

The main thing that struck me was the nonchalance of their demeanour. Current Swell’s sound goes hand-in-hand with their personalities, which is interesting because in music, sometimes the ‘artist’ and the ‘person’ are two separate entities.

Current Swell played almost an hour and a half long set of their well-known songs, as well as some of their rare ones. Songs like “Young & Able” and “I Want A Bird” showed the stripped-down and acoustic nature to their songs. Especially in such an intimate setting, songs like these really highlighted their influences and their acoustic writing capabilities. Songs like “One Day I’ll Be Rich”, on the other hand, highlighted the other side of their music. The tight, acoustic rock rhythms blended sweetly into the walls of the Market Hall.

Almost overwhelmingly, The Trumpet and Trombone snuck unto the stage and broke into solos immediately. For such a small audience, the reaction was loud. It was a shame not many more people showed up, but it truly was a concert to remember. The songs continued, as did the enthusiasm. They finished with a jam of an unreleased track and the concert ended.

People were hesitant to leave, but they slowly did. Current Swell truly played an amazing performance, and it was a shame that the turnout was so small. You would’ve had an amazing experience, and you may have gotten your cigarettes signed, just like me. 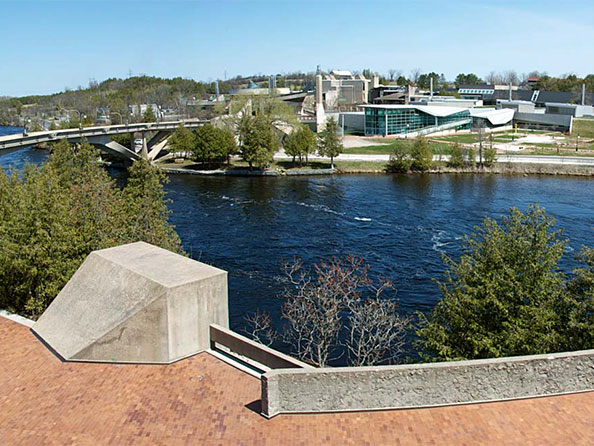