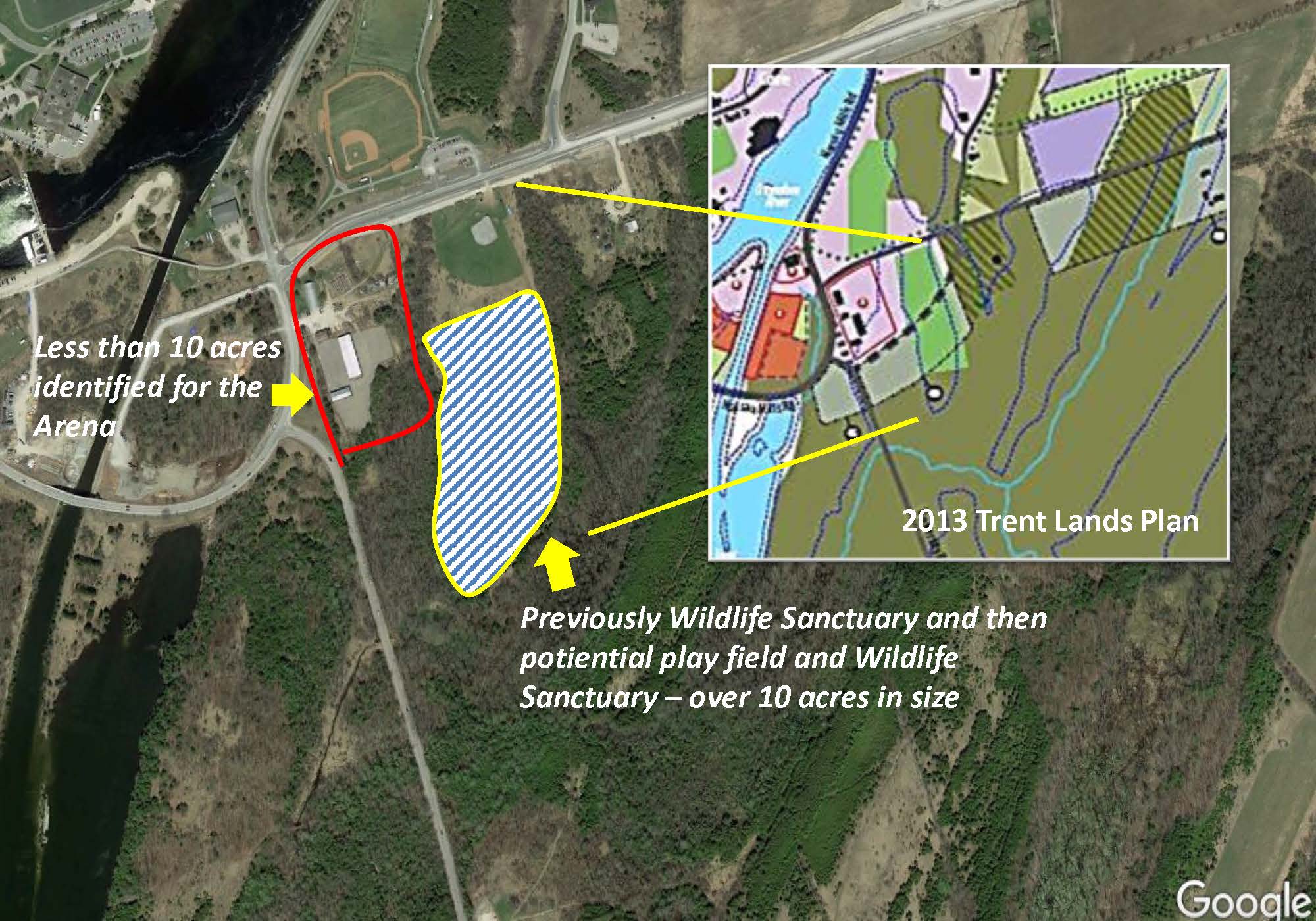 The Greenwashing of Development Plans at Trent

Written by
Debbie Jenkins
and
and

Today in our mega-media world we are familiar with the need to address propaganda with science, misinformation with facts and ‘manufacture uncertainty and greenwashing’ with what we know for certain. In the environmental world, the use of misinformation and ‘missing information’ has never been more prevalent – and for the sake of our diverse living planet – it is a challenge worth confronting. Climate change, massive declines in wildlife, and extensive losses in wildlife habitat are occurring at a global scale, yet the messages can be confusing and conservation action delayed or dismissed.

And we know why: lots of money and effort is spent propping up industry and development that contributes to these issues. When it comes to climate change or even species-at-risk, thwarting protection measures is a multi-million-dollar business. Caribou, an iconic species of great ecological and cultural value, is a meaningful example. Here, new jobs and the promise of mitigation face-off against the need for habitat protection – even today when each of our caribou subspecies is at risk of extinction.

Now, we don’t have caribou at Trent University, but we have identified over 800 species that inhabit the campus, 27 of which are species-at-risk under federal and/or provincial legislation. Species like snapping turtles (Special Concern), bobolink (Threatened), and the olive-sided flycatcher (Threatened) use a diversity of habitats, from wetlands and fields, to forests and forest edges. Trent’s campus is important to wildlife.

Interestingly, however, when the University and City brought a large Arena Development on Trent’s Campus to Council for site plan approval, it was suggested that no species-at-risk occurred on the property. This has been restated by Trent University repeatedly, including by member of Trent Board of Governors and chair of the Endowment Lands Committee Gwyneth James:

“The City of Peterborough has conducted many independent environmental studies on the site, finding no species at risk and no areas of natural or scientific interest. All studies are available on the city’s website. The city designed the site to minimize environmental impact...” - Peterborough Examiner, September 28, 2018

Notably, much of this is not true or not exactly true. Here I’ll focus on just two aspects: species-at-risk and ‘designing the site to minimize environmental impacts.'

Firstly, there are many issues with the environmental studies associated with the Arena, the least of which is that the studies were commissioned by the City. Nonetheless, species-at-risk were identified on-site, including wood thrush (Special Concern) and eastern wood pewee (Special Concern). Other sources of data, however, identified additional species-at-risk, including the monarch butterfly (Endangered), western chorus frog (Threatened), and barn swallow (Threatened). Although individuals provided both written and verbal comments to the University, the City, and City Council to highlight this data, no parties, including the University, have acknowledged the information nor have they tried to rectify their plans to protect these species.

Secondly, the Arena plan has not been designed to minimize environmental impacts – instead the plan maximizes the development footprint while minimizing environmental protection. Importantly, the development extends well beyond the land originally identified in the 2013 Lands Plan for this purpose.

Particularly, the Arena plan requires that wetlands be filled in, an action not supported by provincial policy. It applies 15-metre buffers between the development and surrounding wetland complex, instead of providing a 120- to 300-metre buffer to protect the integrity of the wetland and the species that use it. The Arena plan also physically infiltrates the Wildlife Sanctuary rather than providing a 120-metre buffer around this very important nature reserve; instead of locating the Arena on the land identified in the 2013 Trent Land Plan (or, better yet, instead of using the existing Northcrest Arena property or similar).

Peterborough’s Municipal Plan and regulations under the Otonabee Conservation Authority require that buffers be applied to significant natural features. The downfall here is that Trent University has not identified the Nature Reserves as significant. They did not evaluate the wetlands under the Ontario Wetland Evaluation system prior to planning the Arena (or CleanTech Commons), nor did the University proactively applies protection to any natural features (i.e. wetlands, surface water systems, drumlin features) which would have been a real sign of conservation planning.

“Wetlands have been particularly hard hit [by rapid expansion and unsustainable land management]. We have seen losses of 87% in wetland areas since the start of the modern era – with 54% lost since 1900.”

In keeping with messaging from the Board of Governors, a recent letter in Arthur by Julie Davis, Vice President of External Relations and Advancement, states, “The 24 acres [for the Arena] are not part of, but rather adjacent to the nature areas, with the exception of two and a half acres of nature areas that will be returned to the Trent Lands in another location through the next evolution of the Trent Lands Plan.”

The notion that important wildlife areas can simply be ‘replaced’ is problematic but is a theme that haunts both the Arena development and the industrial park, CleanTech Commons. This is apparent with the in-filling of wetlands to construct the Arena and reductions to both the Wildlife Sanctuary and the drumlin Nature Area to support these developments. Additional, the letter fails to point out that the 2013 Trent Lands Plan identified a much smaller area for the Arena – less than 10 acres, not 24 acres – and that the Wildlife Sanctuary boundary previously started just south of the ball field (still marked by a sign along the trail). Thus, the Arena plan does not follow the 2013 Trent Lands Plan, but instead usurps the ball diamond and approximately 10 acres of land that was once part of the Wildlife Sanctuary.

Importantly, VP Davis encourages people that have concerns to contact the City as Trent’s administration has already (just this summer) given the land to the City of Peterborough. But what about the issues already brought forward and the significant impacts that we can expect on Trent lands surrounding the Arena, particularly in the Wildlife Sanctuary and throughout the wetland complex? What about increased traffic that will bring noise and pollution, threaten wildlife connectivity and increase the risk of wildlife mortality? What about the continued slashing of our natural areas?

So please, do contact the new Major of Peterborough and City Council and let them know if you are concerned about the location of the Arena Development – about the lack of protection for species-at-risk, the Wildlife Sanctuary, the wetland complex, and the hundreds of species that use the area. Please also contact the President and Vice Presidents, the Board of Governors, the Nature Areas Committee, and the Environmental Advisory Board to let them know your concerns, and that current practices draw into question the integrity of development activities at Trent University and the new planning initiative that has begun. Over 1000 people have already signed our petition to have the Arena Site Plan Approval repealed.

There are many more issues, from consultation with First Nation communities to the profound relationship between the City and the Otonabee Conservation Authority. These are also big stories, and we’ll be sharing them soon.

TLNAP Update: No plans to build over TVG, says Julie Davis
By
Varun Biddanda
and
From Debbie Jenkins

Trent Lands and Nature Areas Plan: it brags ‘green’ but is it?
By
Debbie Jenkins
and
Culture
|
Arts