Protesters at Queen's Park on Saturday, April 25 2020 demand an end to public health rules put in place to stop the spread of COVID-19.

Justin Trudeau is Executing an Ideological Purge in the Federal Bureaucracy

Written by
L. A. Seneca
and
and

Protesters at Queen's Park on Saturday, April 25 2020 demand an end to public health rules put in place to stop the spread of COVID-19.

The Prime Minister announced this week that his recently re-elected Liberal government will require COVID-19 vaccinations throughout the federal service. His intent, ostensibly, is entirely related to public health and ensuring Canada weathers the pandemic successfully. In practice, he is executing an ideological purge of the bureaucracy. It may not be the intent, but it will absolutely be the side-effect.

With the obnoxious torrent of misinformation pouring north over social media like the Niagara Falls of stupid, we need only look at the currently unfolding crisis in Alberta to verify how dangerous anti-vax propaganda can be. Conspiracy theories have always circulated, particularly south of the border (anyone remember “back and to the left”?), but social media has created a forum where there’s a space for every hatter’s particular brew of mercurous nitrate. Worse, you can browse 31 flavours of bunk faster than you can say “ivermectin”. Worse still, buying one flavour means you’re likely to try others.

It may surprise you to find out that the “Bill Gates microchip” conspiracy predates COVID-19, but it does. For the nutters, there is always a secret government doodad run by a cabal of gold-hoarding reptilians or some other method of applying the mark of the beast. Here’s the problem — social media has brought two generations of naively-buy-anything-with a-green-label people obsessed with health and good vibes into contact with other groups associated with conspiracy theories; anti-government freeman on-the-land types, straight-up neo-Nazis, anti-Semites, OG snake oil sales men, and Russian Intelligence. This adds up to the very real possibility that your sweet aunt Petunia isn’t just against vaccines. The fact is, if there is one hallmark of modern right-wing political movements in the Anglo-sphere, it’s that once you’re in for a penny you’re in for a pound (or a Brexit). It’s to be so contrarian and so insulated that you never alter your opinion on anything ever, because you refuse to look at anything that might burst your ideological bubble. Altering your opinion makes you weak and calls into question all your other whimsical beliefs, so you don’t do it. Totus arescit, cum una pars arescit. The whole dries up when one part dries up. If the vaccine isn’t a microchip, then maybe Trump didn’t win the election. Maybe “Turdeau” isn’t Castro’s illegitimate son, gasp.

Well, congratulations racists, cranks, nutters, crackpots, know-nothings, kooks, far-right trolls, &c., &c., working in the Canadian government — like Thyestes, you got played. By refusing the vaccine you have not only endangered your communities and your families, you’ve also identified yourselves. Who needs to look for a microchip when you can just look for the people without the chip, eh? Eh? And so now, just as they feared, this information will be used to remove them from positions of authority, upend their lives and livelihoods, and permanently mark them with a big scarlet “C” for crank.

They have a choice though. They can take the jab and save their job. However, surviving vaccination would require them to admit to themselves that at least part of the nonsense they believe is nonsense (and you can bet if they believe the anti-vax nonsense, they believe more). Taking the vaccine could be an important step to guiding some of these people (those who are still reachable anyway) back from some of the other, and arguably far more dangerous conspiracy theories (anti-Jew, anti-women, anti-democracy, anti BIPOC, anti-LGBTQ+, and so on) we’re subjected to on social media every day, to make no mention of the benefits to public health. Regarding those who refuse and lose their jobs as a result — rest assured that anyone who is that dug-in about vaccines (and doesn’t have a legitimate exemption) is likely not that dug-in just about vaccines. They also likely subscribe to a bunch of other right-wing quackery and our civil services, including the RCMP, will be quantifiably better without them.

The Prime Minister is executing an ideological purge of the federal government, and although I did not vote for his party in the last election, I am super here for it.

Letter to the Editor: Emergencies Act prompted by threats - death and government takeover
By
Fred Rapson
and
From L. A. Seneca
Hmmmm...
It looks like there's nothing else from this author. Perhaps you, the reader, could
pick up the pen and begin where they left off.
Culture
|
Arts 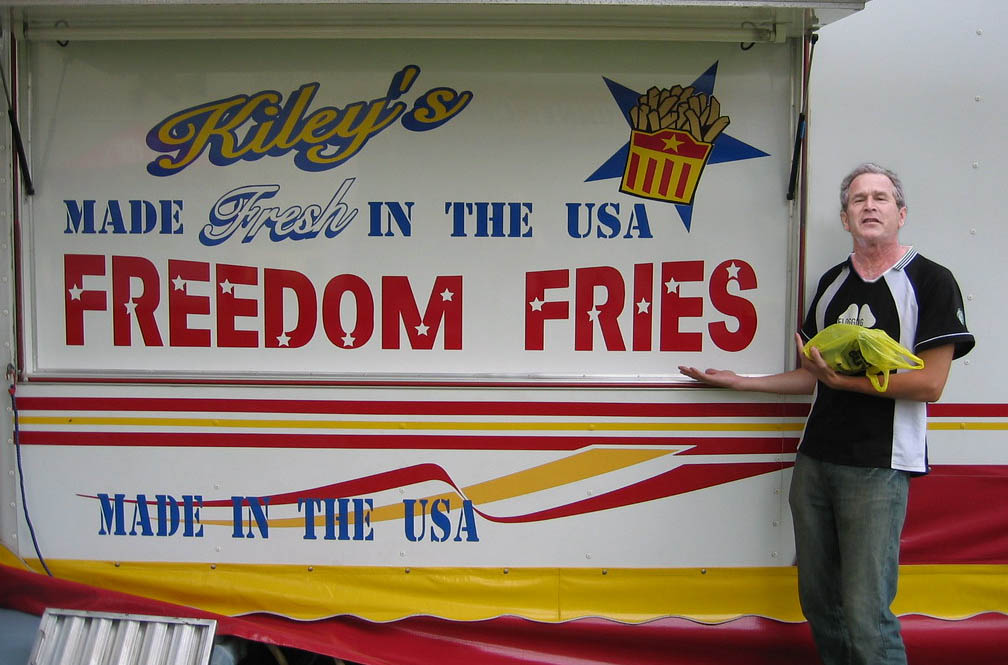 How History Rhymes
By
Karol Orzechowski

Cyber Security and COVID: What It Means For You
By
Evan Robins
Related

How History Rhymes
By
News
|
Campus