Peterborough’s mayoral candidates could not be more different. This polarity was on full display at the Mayoral Candidates Debate on October 4 at the Venue.

At 32, Diane Therrien is a youthful, vibrant candidate in the early stages of what is already a very promising political career. She offers a progressive, nuanced perspective on a variety of prominent issues in the Peterborough community.

The incumbent, Daryl Bennett is a more experienced candidate with several political campaigns under his belt. He seems focused on maintaining the status quo on almost all fronts, proud of the progress Peterborough has made under his eight-year stint as mayor.

The debate began with an introduction from the moderator for the evening, Sandra Dueck, who called upon each candidate to deliver an opening statement.

Diane Therrien took the stage to share her passion for Peterborough and its municipal government with the audience. She went on to lay out her policy as it focuses on eight key themes ranging from environmental protection to housing affordability to transportation and mobility. She also took this opportunity to respond to criticisms that she is opposed to economic growth, saying, “I don’t support growth at any cost — growth at the expense of our green spaces, growth at the expense of our quality of life, growth without proper long-term planning.”

In his opening statement, Mayor Bennett made clear that it is his intention to “build on our progress, to sustain the momentum we’ve achieved together.” He went on to highlight all that he has accomplished since taking office in 2010, emphasizing the economic policies of his government. He noted that during this time, Peterborough has seen its commercial tax ratio decrease, various infrastructure and transportation investments, strong financial leadership and investment in social programs.

Because the debate was hosted by the Downtown Business Improvement Area, Women’s Business Network and the Peterborough Chamber of Commerce, the first questions were from representatives of these organizations and focused primarily on economic activity in the city. The candidates discussed their plans for supporting local businesses and fostering economic growth in our city.

The first few questions prompted fairly innocuous responses from both candidates; however, it did not take long for tensions to arise.

The candidates were asked how they would approach changing certain perceptions that Peterborough’s downtown core is unsafe. Bennett’s response focused on the introduction of a new police chief, in conjunction with pre-existing agencies to implement improved programs to combat this issue. He made it clear that he believes this issue is grounded in drug-related activity in the downtown core and that his approach will be based in law and order.

In stark contrast, Therrien locates these issues as stemming from the ways poverty, homelessness, mental health and addiction interact with one another. She advocates for a holistic approach that puts poverty and harm reduction at the forefront of the conversation, speaking on a need for a comprehensive detox centre, funded by various levels of government. She also spoke on the need to better fund local non-profits in this sector to ensure that the police are not playing the role of frontline services for mental health and addictions— a role they are not equipped or trained to fulfill. She advises that we look towards other cities both in Ontario and around the world for strategies to combat the causes of drug addiction in a comprehensive and holistic manner.

The tension in the room only became more tangible as the candidates tackled each issue.

In response to a question on transparency and accessibility of municipal government, Therrien spoke to the need for politicians to play an active role in their community, going to where the people are rather than the other way around. She discussed the creation of a code of conduct for City Council, a Community Engagement Charter and a Participatory Budget Project.

A discussion followed during which Therrien took aim at Bennett, saying “In terms of public accountability and engagement, having a sign that says ‘No Entry’ hanging above the mayor’s office doesn’t necessarily set the right tone.” Bennett rebutted saying that the placement of the sign ensures the privacy and safety of the office staff.

One question regarding the imminent legalization and distribution of cannabis in Canada saw the candidates answer in agreement that the sale of cannabis in Peterborough serves to provide economic benefits. However, it must be done in a manner that ensures the safety of its citizens.

Another question regarding strategies surrounding the response to the rapid population increase Peterborough is set to experience proved to further juxtapose the two candidates.

“We are well-positioned to deal with [the population increase],” he said.

Therrien discussed innovating the transportation system and the potential of bringing in rideshare programs such as Uber and Lyft. She also spoke on mandating developers build “a mix of housing types—single family homes, town homes, multi-residential units for young families, for seniors.”

Another issue that illustrated just how many degrees of separation there are between the candidates came in the form of a question from the audience: “How do you feel about the wetlands at Trent that are under threat from the new arena being built? Moving forward, how do you plan to protect those wetlands?”

Therrien reminded the audience of the sentiment shared in her opening statement: “I am for growth, but I am not for growth at all costs. I am not a proponent of growth when it interferes with our natural environment to that degree… We need to be telling big developers that they need to play by our rules. They need to be building in a way that is environmentally sustainable in the long term.”

Bennett took a much different approach, trying to minimize concerns over the wetlands at Trent, arguing that the site will not be detrimental to the natural environment. He argued that the arena is a great investment for the city insofar as it will foster greater sports culture and economic activity.

When asked which issues the candidates feel is most important in the City of Peterborough, Diane Therrien discussed the community’s housing needs; Daryl Bennett discussed responsible financial planning.

The questions continued, addressing a broad range of topics such as youth involvement in the trades, transportation, technology, and urban development.

One of the final questions of the evening was about the legacy each candidate wants to leave behind. Therrien discussed implementing a two-term limit for the position of mayor — a contentious notion in light of Bennett’s third mayoral campaign. She also noted that she wants to involve young people and other demographics who have traditionally not been involved in municipal politics. She spoke on the need for economically and environmentally sustainable development moving forward.

Bennett spoke on how we are living in a time of great change as Peterborough grows and as our provincial government moves in a different direction. He posited that we are in a good position to grapple with these changes due to the work that his government has been doing over the past eight years.

“From a legacy standpoint, it is everything that we have done up until now," he stated. "We will continue to make sure we care for those who are in most need in this community to the best of our ability. We will make sure that the taxpayers are respected.”

This most recent mayoral debate made it exceptionally clear that Peterborough faces many challenges presently and moving forward. The variance in opinion and policy between the two candidates indicates that these issues will be dealt with in very different ways depending on who is elected on October 22. However, one thing has been made unequivocally clear: the people of Peterborough need to make their voices heard. The people of Peterborough need to show up to the polls and elect a leader who will promote prosperity for all residents over the course of the next four years. 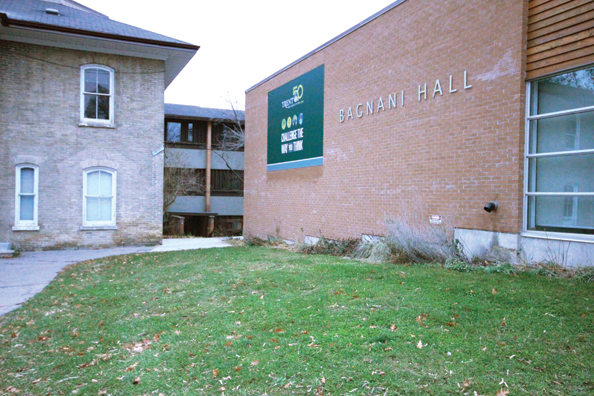 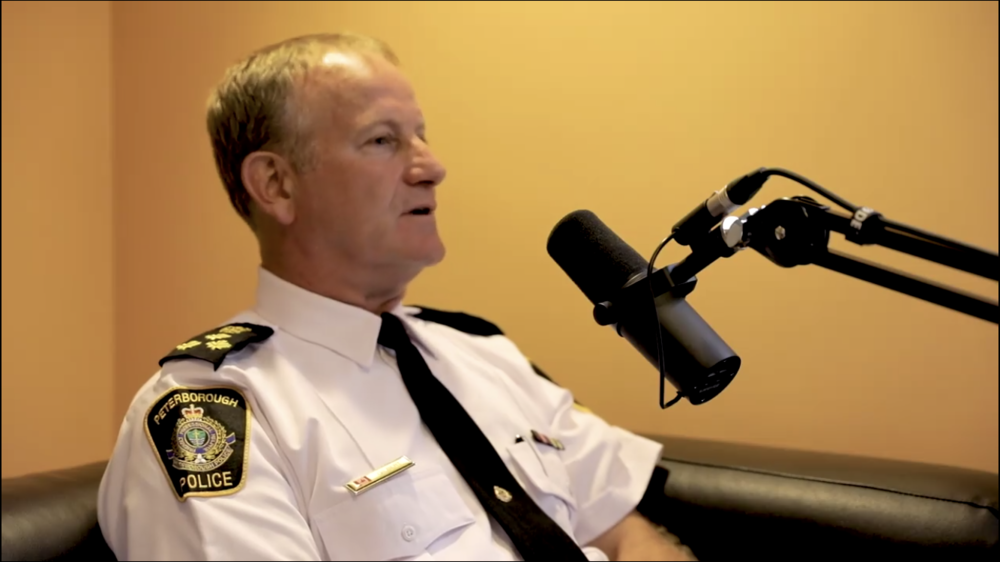