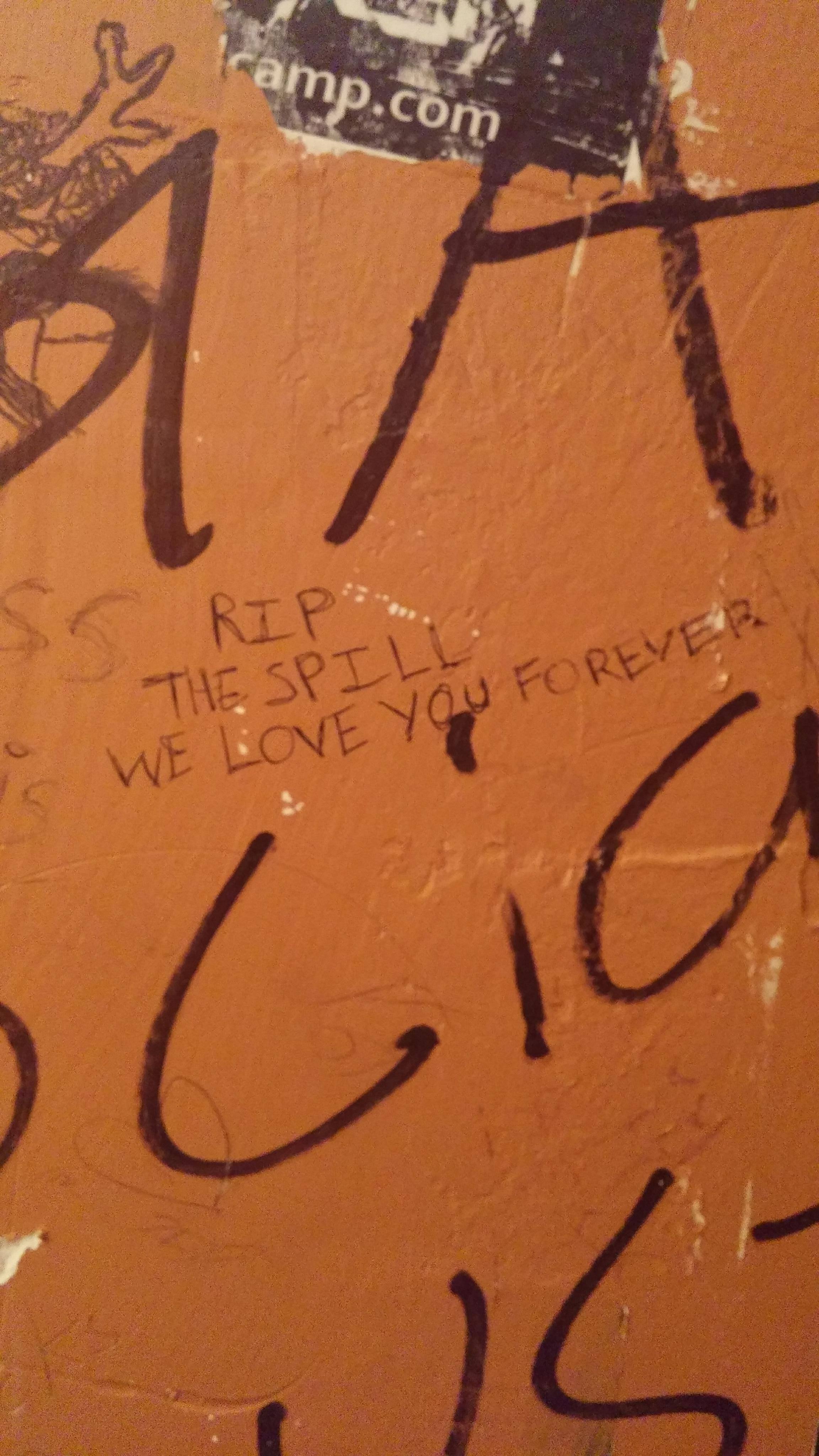 Stall scrawl from one of The Spill's washrooms on October 18, 2017. Photo by Leina Amatsuji-Berry.

The Spill and How I [Want to] Remember It

Stall scrawl from one of The Spill's washrooms on October 18, 2017. Photo by Leina Amatsuji-Berry.

It probably doesn’t matter much to you what I think of The Spill, but I’m gonna tell you anyways.

A few weeks ago was the one year anniversary (can you call it that?), and memoriam (even worse, no?) of the venue’s closure. Beloved by many, home to some, and a safe space to anyone who walked through its doors, The Spill’s closure affected many through the sad reality that it would no longer exist. For more than a decade, The Spill took root as the center of the Peterborough music scene, a critical gear in the machine of Arts and Culture, drawing so many to this town, and continuing to coerce people to stay.

But one year later, The Spill is no more. I hesitate to write the following, in fear of being one of those simple fucks but —

Just like most influential beasts, The Spill rose and died in a fervor and frenzy of emotion, leaving quicker than anyone could have expected. And like Yeats famously wrote, “Things fall apart/The centre cannot hold.”

As I look back at The Spill’s influence on this town — in the measly four years that I inhabited it — on Peterborough’s music scene — in the measly three years that I wrote about it — and maybe most importantly, on myself — I again, hesitate to recite some bland statement about what it meant to me — us… you ? Look at any article written in the past year, in any local publication, and you can easily see The Spill’s influence, meaning, and effect on everyone, and anyone associated with the scene, and venue. What the closure really shows, however, meant in the most positive and affirming way, is that the shows go on.

The Spill’s closure did not break our music scene; truthfully it only gently swayed it to different means of exposure. The Spill launched careers, surely, and the knowledge passed down (sideways, or front to back) on its stage, matched with the gritty, wooden, beer-slick floors created an environment indispensable and inextricably linked to what we value in the artistic community, and its relationship with Peterborough’s inhabitants, be they fans, retirees, students or artists themselves.

The worries that came with the Spill’s closure, about open venues, safe places for artists, accessibility, and freedom of expression seem to have relinquished their hold on our artists and musicians. Although not completely gone, worries about a decline in good art and good places to view said art have gone down substantially. These worries are not unique or new either. Any artistic culture worries about itself, its lifespan, and reason and means for existence, but most artistic cultures, especially those that fucking mean something, like ours does, do not and will not die because of one moderate drawback. Change is worrisome, but sometimes, change is necessary.

And I get it, I feel it. Maybe we’re not used to finding art in the places we now find it. Maybe that worries us, and turns some of us off, but that doesn’t mean the art isn’t there — it’s just not comfortable any more. Why should art be comfortable, folks? Dare I say that, in the wake of The Spill’s closure, something new, something better might arise?

It may not be Yeats’ "Second Coming," but something is coming. Maybe it’s already here, around us, ready to be found. The Gyre isn’t widening, anarchy isn’t decimating what we held dear. The gears keep spinning, songs are still sung, and our memories ring true. I choose to remember The Spill, but it’s a memory of appreciation, not longing. Thank you for all you’ve done. Now let’s get going. 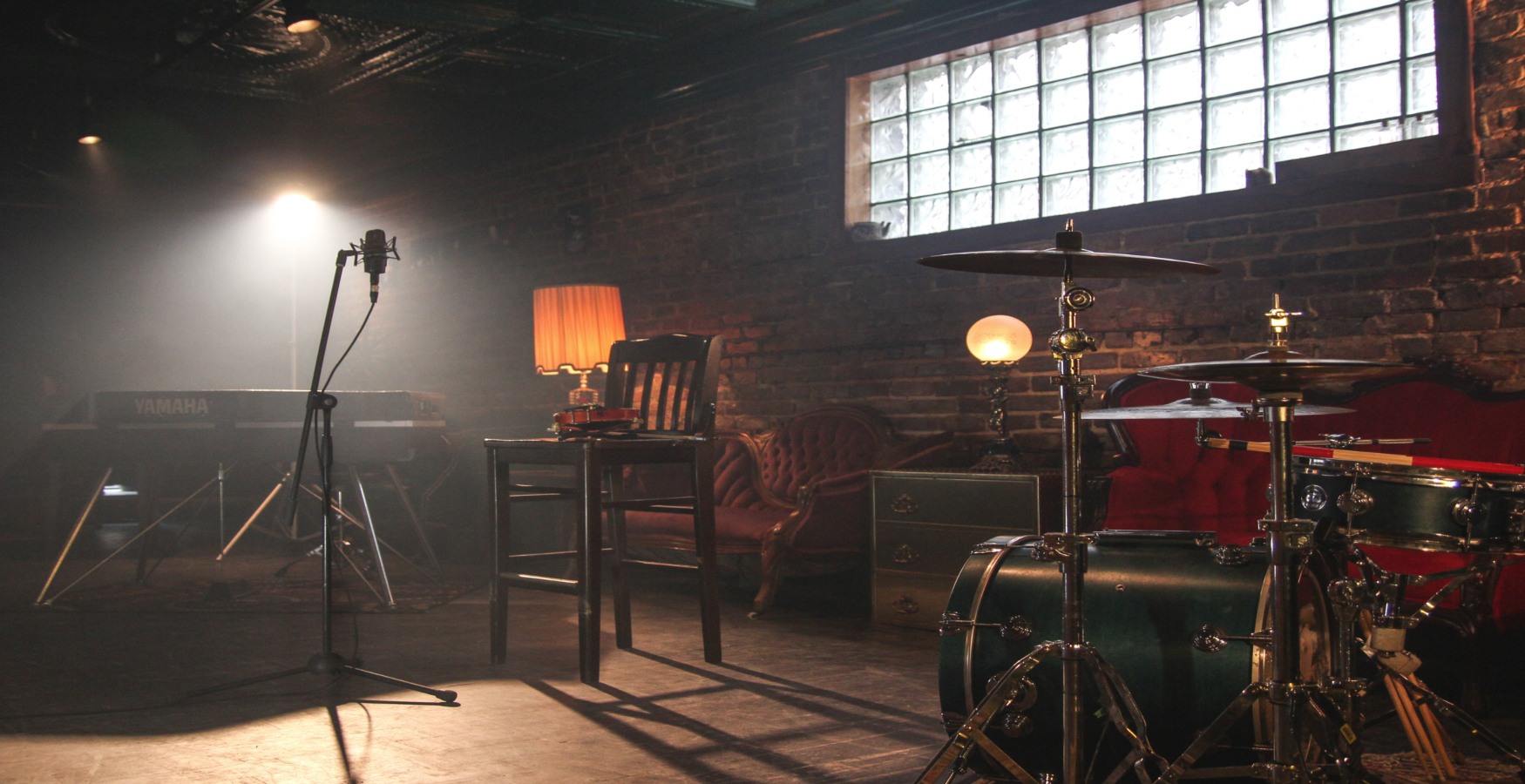 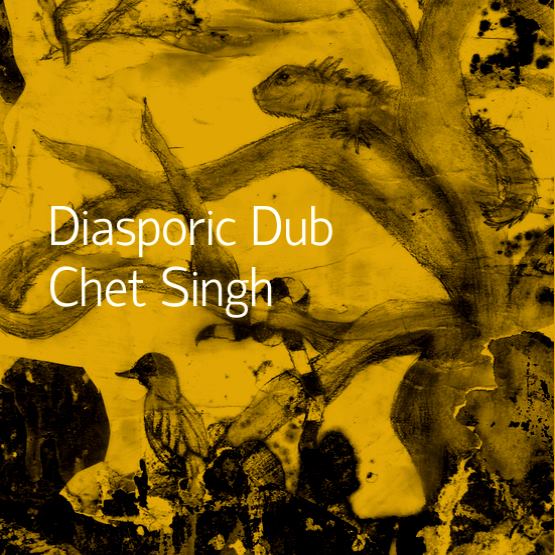 Seeds of Change: A Community Hub
By
Troy Bordun 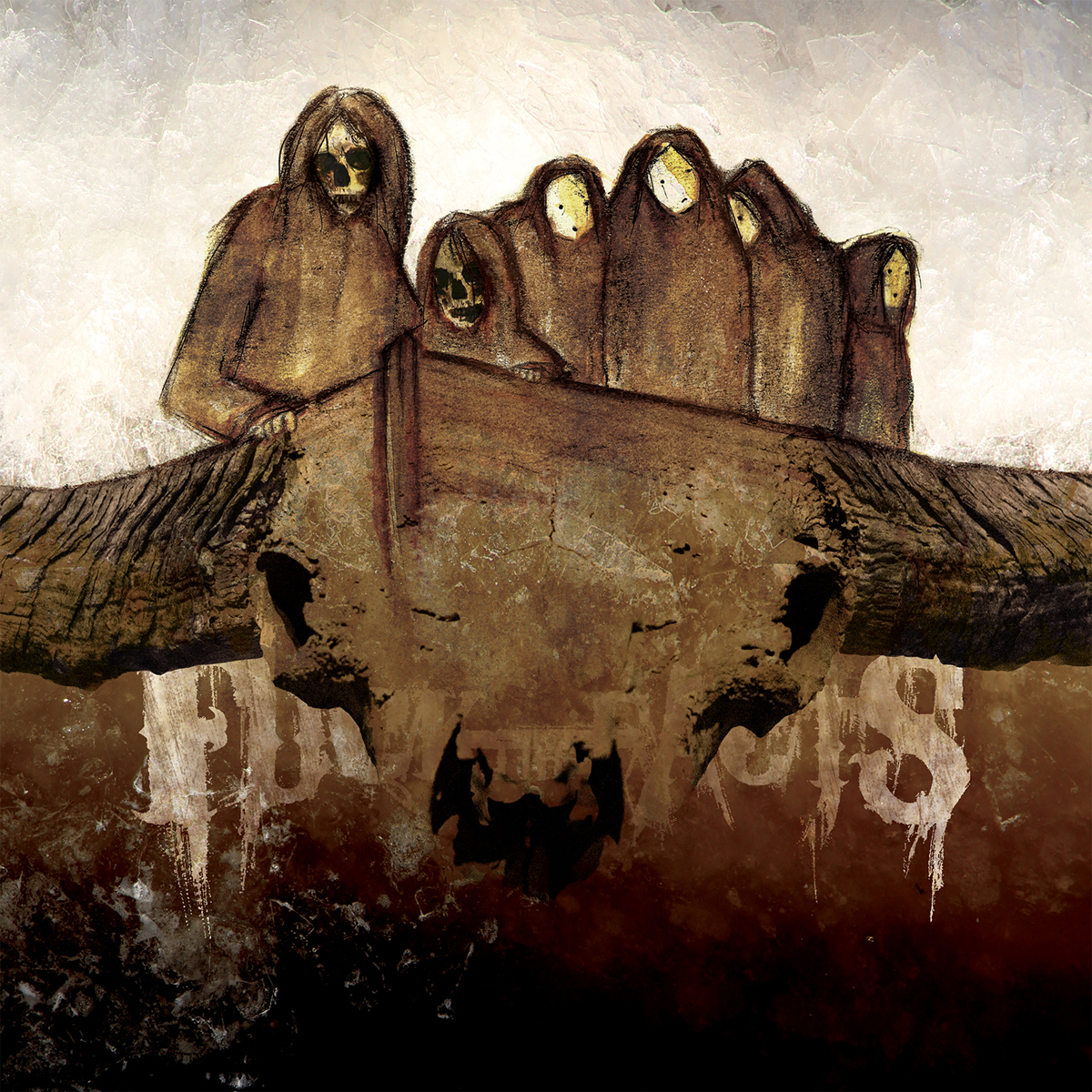 Fuck The Facts headline at The Spill
By
Troy Bordun
Related