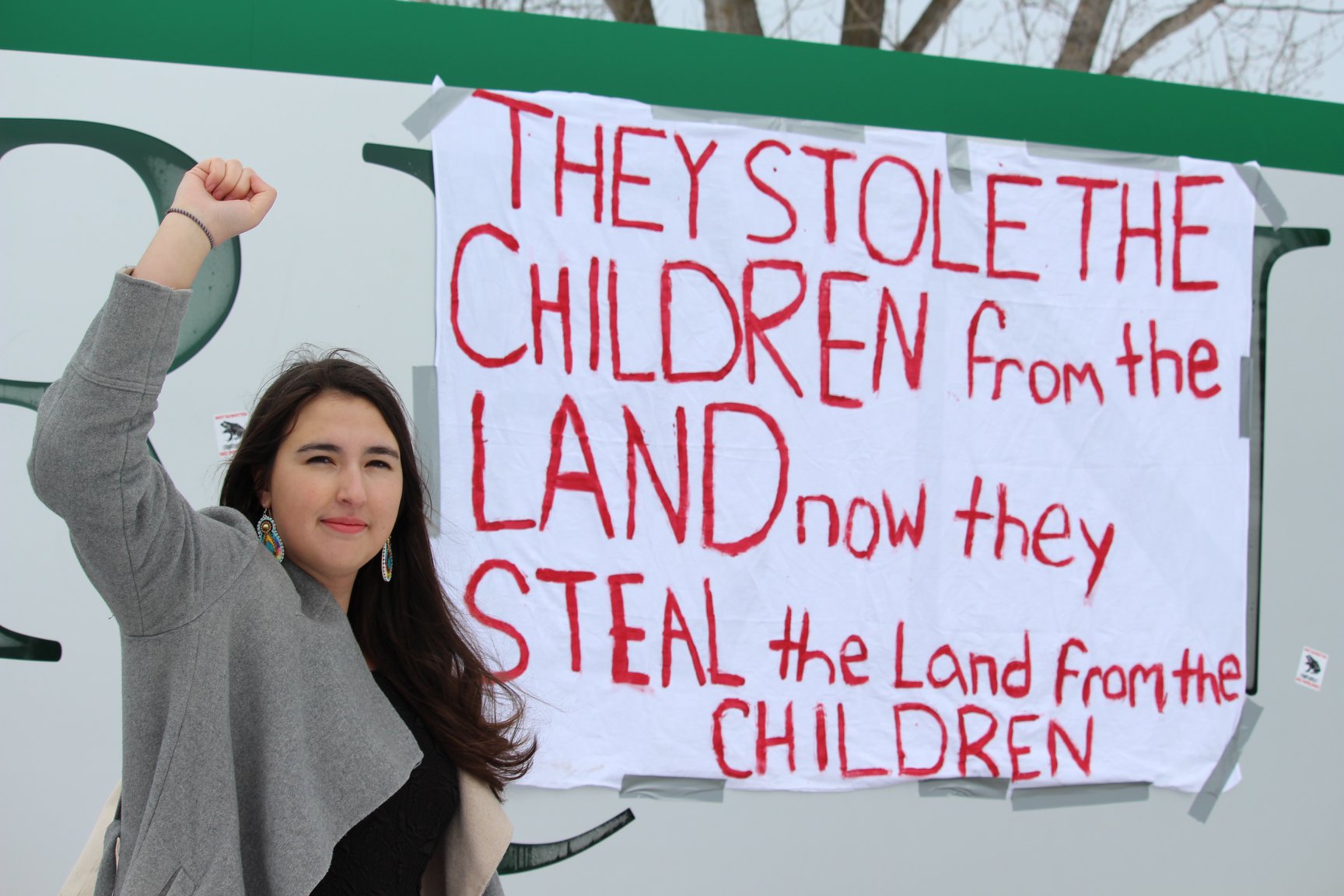 Trent University Native Association (TUNA) President Jessica Frappier stands at the entrance of Trent University's Symons campus in solidarity with the Wet'suwet'en Hereditary Chiefs on the west coast as part of the nationwide student walkout for Wet'suwet'en. Photo by and courtesy of Ashley DeBeyer.

Trent Students Walk Out in Solidarity with Wet'suwet'en

Trent University Native Association (TUNA) President Jessica Frappier stands at the entrance of Trent University's Symons campus in solidarity with the Wet'suwet'en Hereditary Chiefs on the west coast as part of the nationwide student walkout for Wet'suwet'en. Photo by and courtesy of Ashley DeBeyer.

On Wednesday March 4, students across Canada walked out of classes to stand in solidarity with Wet’suwet’en Hereditary Chiefs in their opposition to the Coastal GasLink pipeline and the presence of the Royal Canadian Mounted Police (RCMP) on their territory. The Trent University Native Association (TUNA) and the Trent Central Student Association (TCSA) organized an event locally for Trent University students to take part.

Jessica Frappier, President of TUNA, said, “The National Student Walkout was organized across the country. TUNA and the TCSA think it’s important to stand united and participate in this action. It is important to keep these solidarity actions [going] because no agreement has been reached with Wet’suwet’en and the government, and there is misinformation.”

The walkout started at the corner of Nassau Mills and Armour roads, close to The Cabin. Tobacco and medicine was offered to the land before speeches, drumming and Indigenous songs about the colonization began.

The walkout moved to the corner of Water Street and Nassau Road where there were more speeches. One speaker talked about how it was troubling that young people did not know the history or significance of Oka or Ipperwash. Rachel Smylie from the TCSA said that universities and Canada were not doing enough, while recognizing her own privilege. Ryan from Curve Lake said that Trent didn’t stand with Indigenous people because it didn’t make a statement opposing Canada’s actions in Wet’suwet’en territory.

In a powerful moment, one lane of traffic on Water Street was blocked after the speeches. This likely occurred at other universities across the country.

“If Indigenous people don’t want it, shut it down!”

“When Indigenous rights are under attack, what do we do? Stand up, fight back!”

There was a mixture of Indigenous and non-Indigenous students standing in solidarity with the Wet’suwet’en in their territory, as well as other Indigenous Nations on the frontlines fighting colonial actions. When speaking to some at the rally, a common reason to join the walkout was to show solidarity, as students Arizona and Jasmine said. Another student, Addison, said, “It was the bare minimum I can do because I’m too informed about Indigenous history to sit back in class.” I spoke with a student, Racheal (different from above), who shared a family connection to the Oka Crisis, and Racheal didn’t want another one to happen. Nicole said the solidarity action is an opportunity to use privilege to amplify the voices of Indigenous people and to stand with them. Danielle from the Trent International Student Association (TISA) said that TISA works closely with the TCSA and agreed to support the cause. Valentine was part of the occupation at local Member of Parliament Maryam Monsef’s office three weeks before reading week, and participated in as many solidarity actions as possible. Sam, who was taking photos, shared that she “wanted to show support to Wet’suwet’en and Tyendinaga and extra bodies help.

“In addition, taking photos helps take the load off of organizers,” Sam said.

I asked the police who were present what they thought, and the response was that they are “neutral” and wanted to keep everyone safe. 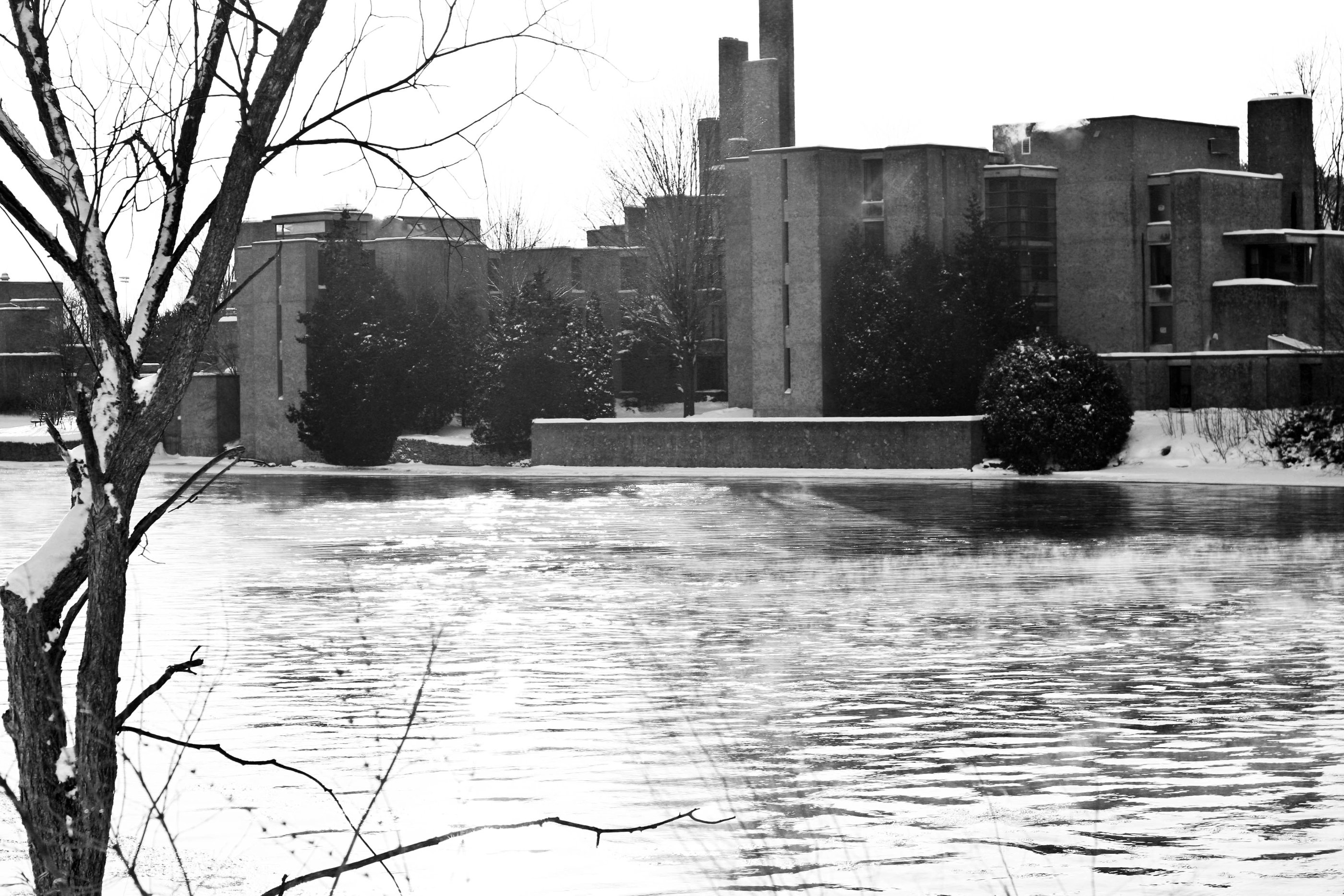 Is Trent Invested in Reconciliation or Its Reputation?
By
Zachary Barmania 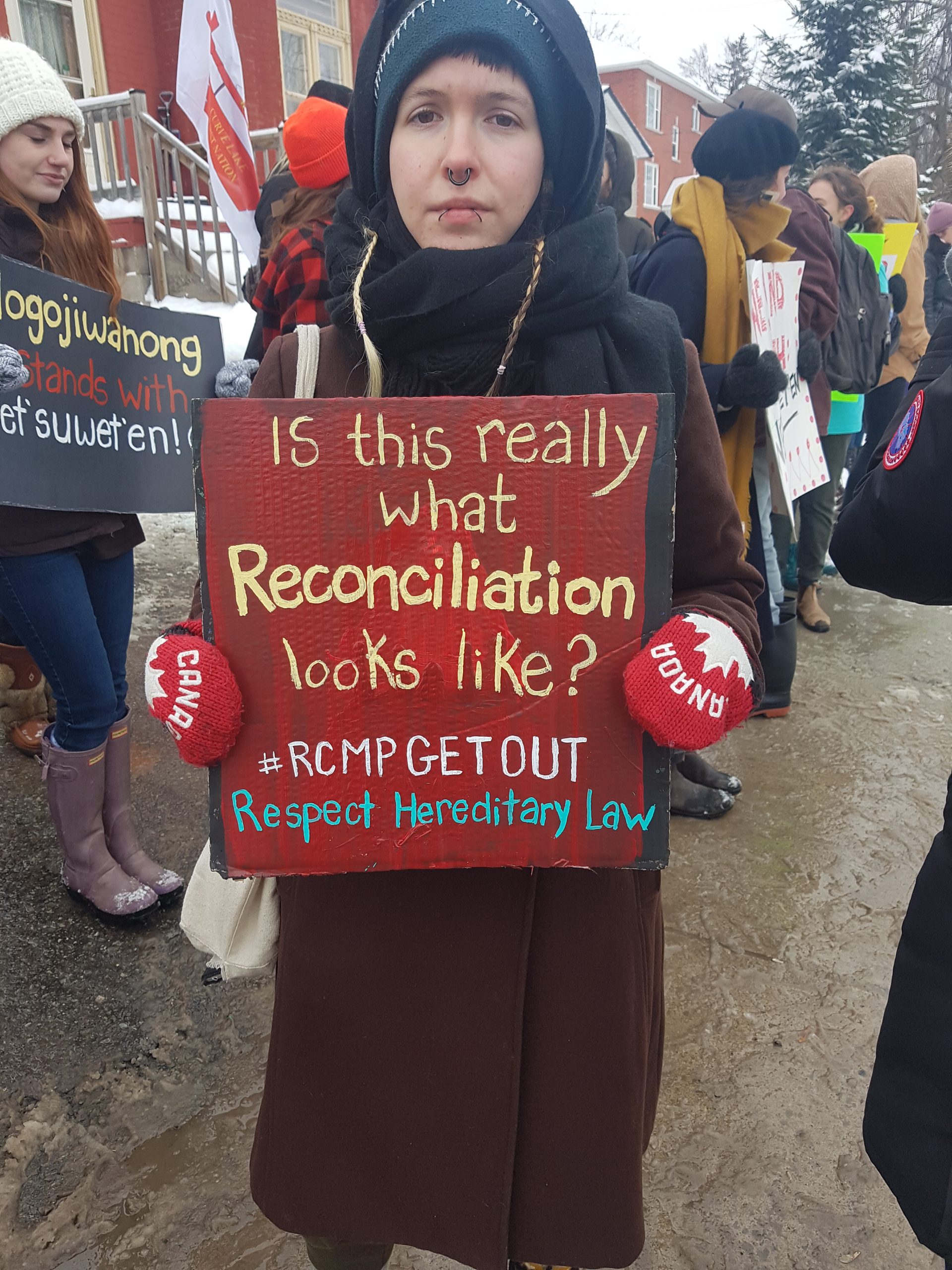 Is Trent Invested in Reconciliation or Its Reputation?
By
Zachary Barmania
News
|
Campus