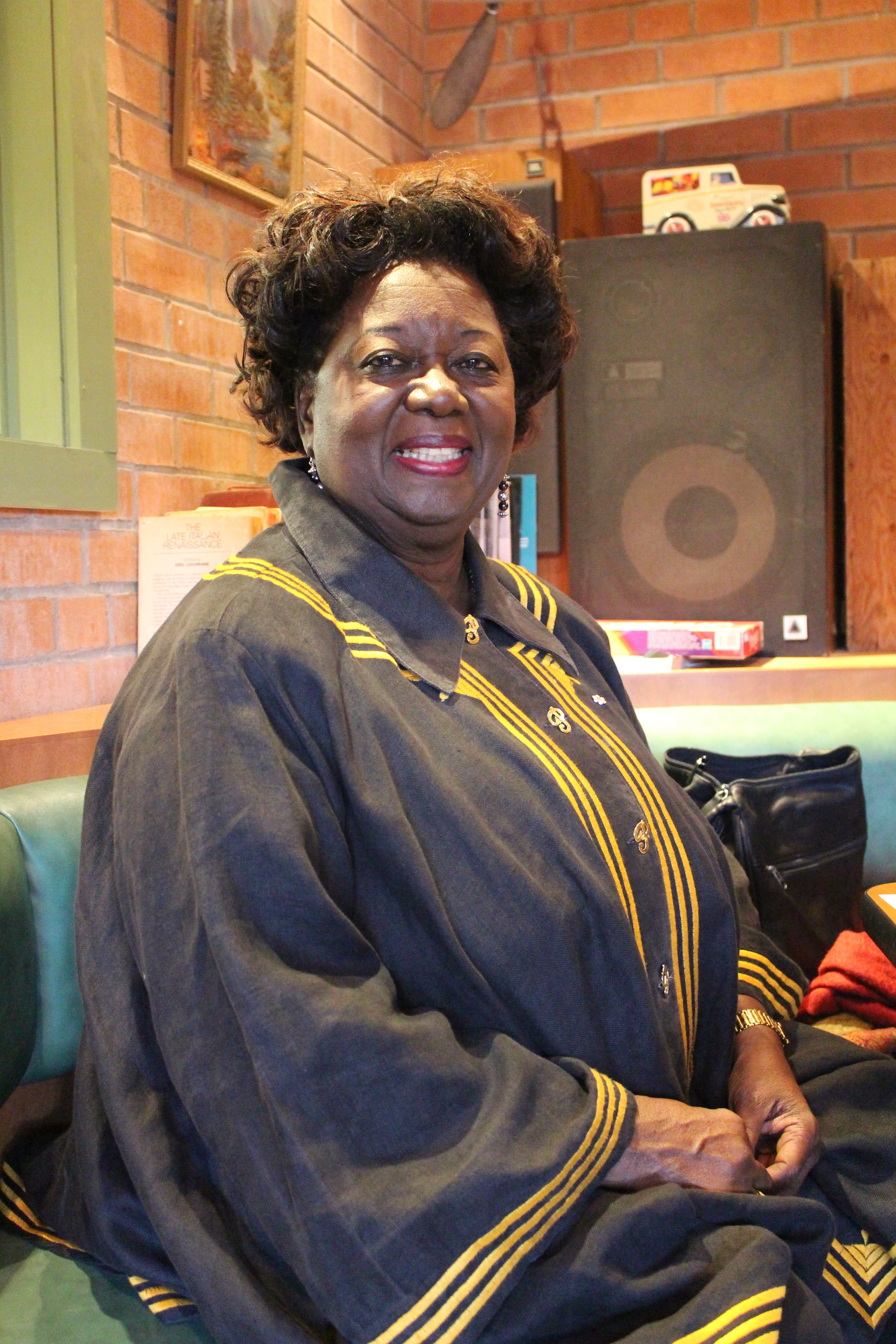 Break the grip of Trump-like hate and fear, raise you voice and lift your fists, strong women gather here. –The Raging Grannies

Every March 8th for the past 108 years, people have gathered globally to celebrate International Women’s Day—a day to celebrate the achievements of women in society, the lengths they have gone to attain basic equal rights, and to celebrate all aspects of individuals relating to the female gender in beautiful and empowering ways. This year, International Women’s Day was spectacular. In Tokyo, the World Economic Forum hosted a reception with speakers highlighting gender equality in Japan, discussing issues, achievements and best practices moving forward. In Toronto, thousands marched in their pink winter gear bearing signs and discussing issues of racism, violence and respect in the workplace towards women. In Peterborough, members of the community gathered around for a potluck, sang songs, and talked about women’s rights in Canada.

[Pictured] Audience at Spaces of Power[/caption]The Kawartha World Issues Centre and the Kawartha Sexual Assault Centre organized a potluck event at Seeds of Change in downtown Peterborough. Contributions from people in the community and the working hands of many volunteers helped make the free event a success, where all were welcome to join and celebrate the power of women. Mediated by Yumna Leghari, Canadian-Pakistani activist, writer, poet and Arthur co-editor, the event included performances and speeches by community members and panel speakers who talked about their experiences as active women in the country. The way their achievements and aspirations connect with women’s issues on a global scale was a consistent theme throughout the evening. These strong women left the audience with shocking stories of the past, issues of the present and hopes for the future—inspiring all who were present to be bold for change as women and for women.

With a stunning roar, local group The Raging Grannies encouraged women of the community to break the grip of hate and fear, rather than row their boats on the stream of silent obedience. The hall was filled with women of all ages, backgrounds and beliefs being bold and singing with the Grannies. Ziysah Von B, a gender-queer parent, community organizer, writer and poet, made a beautiful and touching performance. After expressing her overwhelming thoughts on writing a poem to share on International Women’s Day and capture the issues of today surrounding gender, sexuality, race, oppression, equality, peace, freedom and so much more, she decided to touch on the feeling of gratitude. Von B lifted the audience’s spirits by touching on each subject subtly and elegantly, relating it all down to the gratitude of how far we have come being who we are.

[Pictured] Dr. Vanita Lokanathan (left) and moderator Yumna Leghari (right)[/caption]Another brave woman proudly standing by the podium was Dr. Vanita Lokanathan, a family physician with 20 years of experience all over the country. Since moving to Peterborough in 2008, Dr. Lokanathan includes the primary care of trans individuals in her practice, as well as a great deal of gender-variant people in the city. Her raw story and honesty about her struggles growing up brought the audience to tears—Dr. Lokanathan spoke about feeling outside the social norms of her her Canadian upbringing and Tamil heritage. Married to a woman and a mother of two sons, Dr. Lokanathan shared the social and emotional struggles endured in her life, inspiring women in society to be themselves, to empower one another, and to be kind to one another rather than judge or compete with each other.

Dr. Dawn Lavell-Harvard also brought the audience to tears when she touched on the subject of human trafficking, particularly in the case of young Indigenous girls. A proud member of the Wikwemikong First Nation, Dr. Lavell-Harvard is also the former president of the Native Women’s Association of Canada and mother of three girls. She shared an instance when she was in the car with her daughters on a road trip, and just finished a telephone interview with the radio about young Indigenous girls going missing, and being disproportionately victimized. One of the daughters asked:

When Dr. Lavell-Harvard recognized that wanted to tell her daughters she would always protect them, but that this was not necessarily a guarantee she could make. Gripping the audience with her story, Dr. Lavell-Harvard concluded with a call for women to help create a society that will be safer for future generations of women.

[Pictured] Dr. Michael Eamon (left) presenting Dr. Jean Augustine with a Traill scarf at Catharine Parr Traill College[/caption]“There was no statute of rights for us at the time; we had to fight for those things,” she explained.

Dr. Augustine is an educational administrator, advocate for social justice and politician who immigrated to Canada in 1960, when she was 23-years-old, from Grenada. After attending teacher’s college she worked as a teacher, then as principal of various schools. Dr. Augustine became the first black woman to be elected to the Canadian House of Commons, and it was her motion that made February Black History Month in Canada. Dr. Augustine is not only an inspiration to those who want to make a change in their community, but to those who feel they can’t because the system is against them:

“I came to Canada, and when I applied to go to teacher’s college, they told me I had to do grade 13, so I went to show them my certification from home and that was my first conflict with the system. The lady wouldn’t take my papers, she kept giving them back to me and told me to leave, and I just stood there.”

Of course, after long persistence, Dr. Augustine managed to attend teacher’s college without having to repeat grade 13, but her story of determination resonates to this day. She spoke of the challenges she faces as politician; of not being taken seriously, and having to go door-to-door to talk to each member of the party to get a unanimous vote on a motion. She described her struggles of doing so whilst still trying to maintain emotional stability, raise her children without the support of a husband, and make decisions that favour her constituents while maintaining her Catholic faith.

To honour Dr. Augustine for her work towards human rights and to thank her for speaking at Trent, Dr. Michael Eamon, Principal of Catherine Parr Traill College, presented her with the college scarf. While Champlain College was an all men’s college in the 1960s, Catherine Parr Traill college was all female—it was the university’s way of empowering women and creating a space for them at Trent at a time when it was radical to do so. It was a very appropriate setting for Dr. Augustine to share her story with students and faculty before sharing it with the community at that evening’s potluck event.

The event ended with songs by members of the community about being strong women. The stories and experiences shared amongst the community on that Wednesday evening highlighted the most important idea about celebrating Women’s Day internationally—that regardless of the personal battles we endure, we are all fighting the same social and political injustices throughout the world as women. Suffragettes of the past were able to overcome such issues a hundred years ago in a way that would have been pure fantasy a century before that.

Whether it’s protecting your daughter or getting into college, as women, we have the power to make the change we want to see happen, and we must do so by empowering each other and providing the support that we all need.

As a woman, I dare you to be bold for the change you want to see happen. The event ended with songs by members of the community about being strong women. The stories and experiences shared amongst the community on that Wednesday evening highlighted the greatest idea about celebrating Women’s Day internationally – that regardless of the personal battles we endure, the social and political injustices taken in various forms. 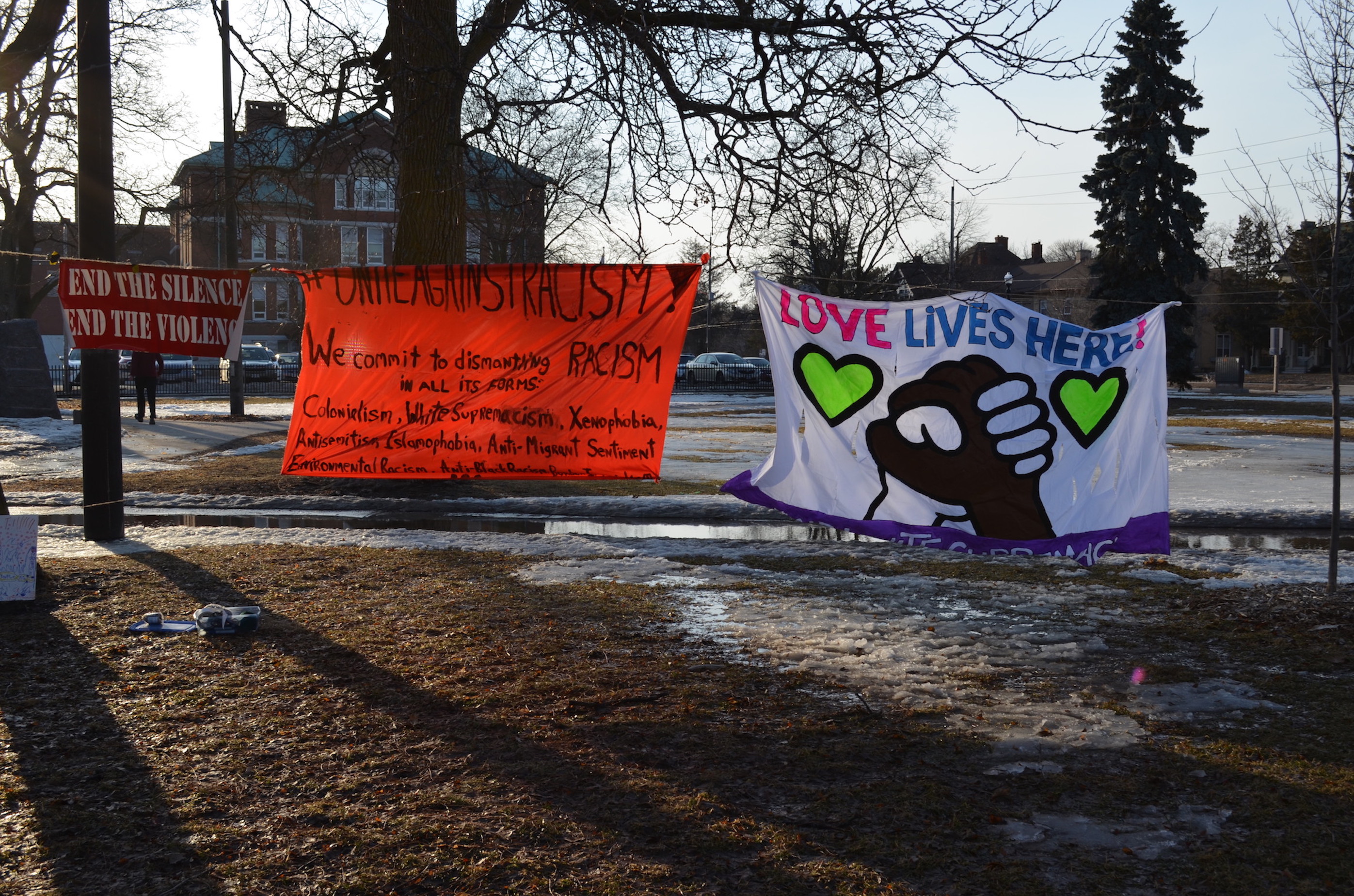