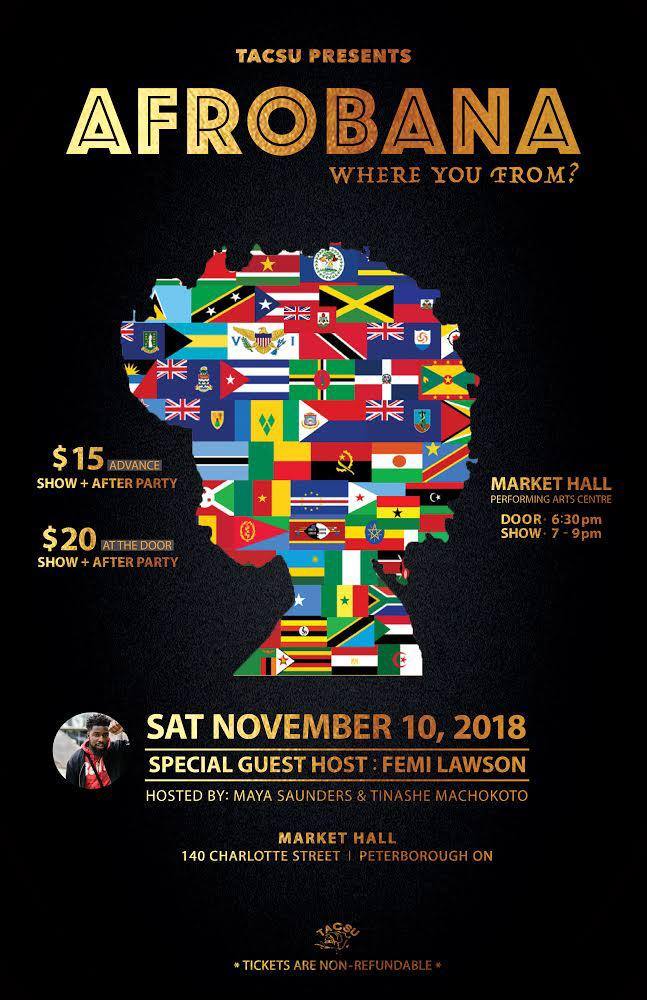 The Trent African Caribbean Student Union (TACSU) is a student group that promotes cultural appreciation and celebration for those of African and Caribbean descent. Their executive team, headed by newly-elected President Beth Bekele, work tirelessly all year to bring about several events, groups, discussions, etc. that everyone can participate in. As part of their university involvement and cultural representation, the group hosts events such as TACSU Eats, which allows students to enjoy a variety of dishes from various countries, as well as drinks and other snacks, for just a few dollars. They also host monthly presentations called TACSU Talks, focusing on their theme of the month. From cultural discussions to understanding different ethnicities in a diaspora, they aim to create visibility for different cultures on campus.

One of their most anticipated and promoted events, however, is their annual Afrobana show. Each year TACSU presents a a two-hour long show representing people of various origins, ethnicities, and cultures. The auditions for the show start as early as September, as the team of execs slowly compile a list of presenters. After the list is finalized, the team practices tirelessly until the one-time presentation in November. The show is an intricate coordination of well-practiced executives, students, and eager volunteers presenting a live showcase of arts, culture, dance, and celebration. This year’s Afrobana showcase took place at Market Hall in downtown Peterborough on November 10.

By its start time at 7 p.m., the stands were three-quarters full, many people having bought their tickets in advance. The show started with a lively introduction and banter between the two hosts, members of the TACSU executive team themselves. The first act of the night was a piano solo that sent a chill through the audience. As the night carried on, the acts became more lively, and the seats continued to fill up. By the intermission, the hall was buzzing with energy and chatter; the audience was excited for the rest of the show.

One of the main attractions for the night was a catwalk with models wearing their traditional attires and waving their national flags with pride. One of the models that brought out the loudest cheers from the crowd was a Kenyan student in her traditional Kanga, a colourful fabric tailored into a long dress with decorative sleeves, topped off with a head wrap of the same style.

There were many high-energy dances throughout the show, many of them including recognizable dances that have been trending throughout the year. Many of the tunes had been popular hits as well, from the South African Gwara Gwara to the Nigerian pop dance Shaku Shaku. The upbeat pace of Nigerian pop artist Davido’s “If” and “Fall” had a few people in the audience dancing and many singing along to the lyrics.

Throughout the show there was easy and enjoyable banter between the hosts and many comedic lines from the guest host and Nigerian social media star Femi Lawson. Some of the hosts themselves showcased their talents in rapping. TACSU President Beth presented a powerful poem on where home is, accompanied by a melodic piano tune which had the entire audience snapping their fingers in appreciation.

An interesting and informative addition to the acts were the pre-recorded video sections inserted between acts. In each recording, various students discussed their understandings of stereotypes and stigmas surrounding their culture or origin and then their responses to them. Many of the videos were insightful: they addressed many misunderstandings of various cultures and redefined them using their own experiences with their culture and the truth behind it. Some Bajans (people from Barbados) expressed their concern at many people misunderstanding Barbados only as a resort or a getaway location. They reasserted the idea and understanding of Barbados as a home as well; Bajans do not live in huts or ride dolphins to school. Yes, they have internet, and yes, they lay claim to having some of the best beaches in the world. Some of the other videos addressed a long-long-standing debate: who makes better jollof rice, Nigerians or Ghanians. As a jovial competition, many Ghanians and Nigerians claim to cook jollof rice — a traditionally stewed rice — better than the other. Despite the various stances, the debate remains unresolved and the crown can still go to either (although I say Nigerian jollof is best).

Many members of the audience were Peterborough natives and Trent or Fleming students, but a significant portion were people who travelled from several areas of the GTA, Ottawa, and some even farther. Many of them were Trent Alumni and their guests. The night ended with an energetic dance number from a group of women. The dance steps were perfectly synchronized and the number of hours put into the routine showed. The crowd went wild when they ended their number with half of the team jumping into the air then dropping into splits at the same time. Needless to say, many people are looking forward to next year’s Afrobana already and are excited to see what else TACSU is bringing to the table for this year. 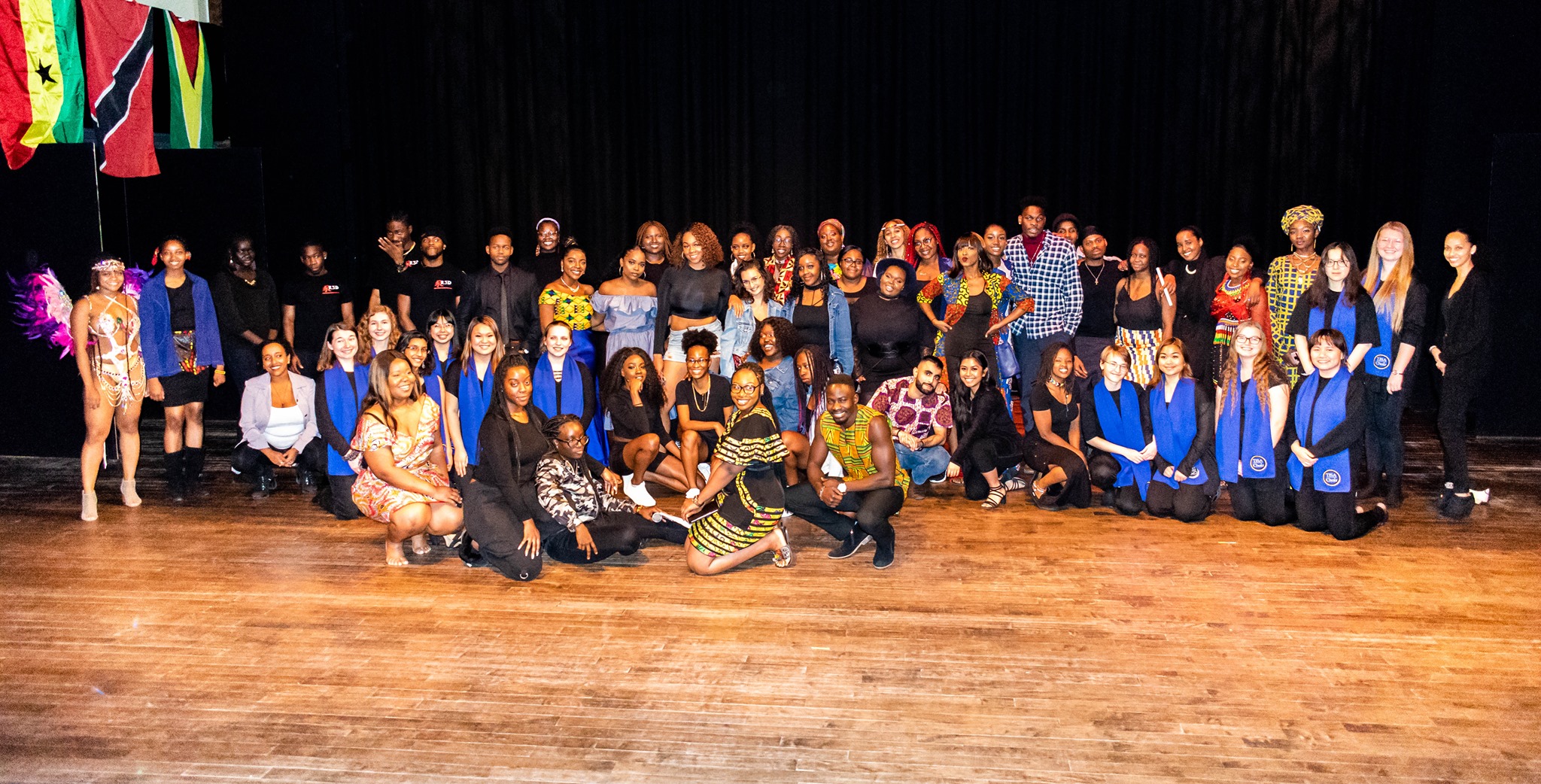 How did TACSU celebrate Black History Month?
By
Irene Suvillaga
and
From Lola Edwards 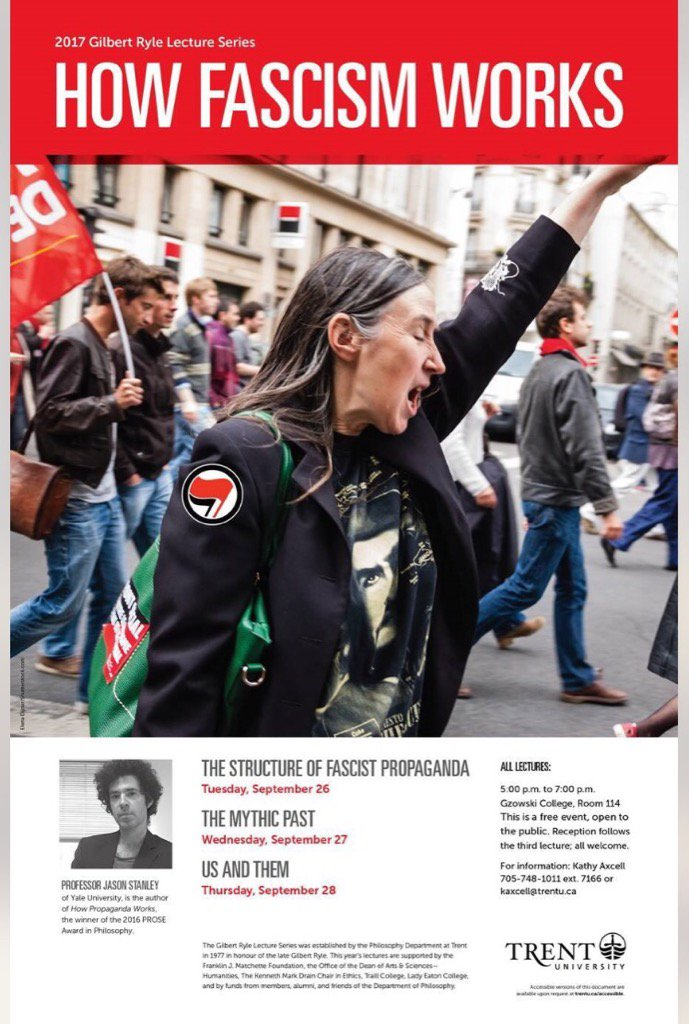 Our Fascist Society
By
Lola Edwards
and
Culture
|
Arts 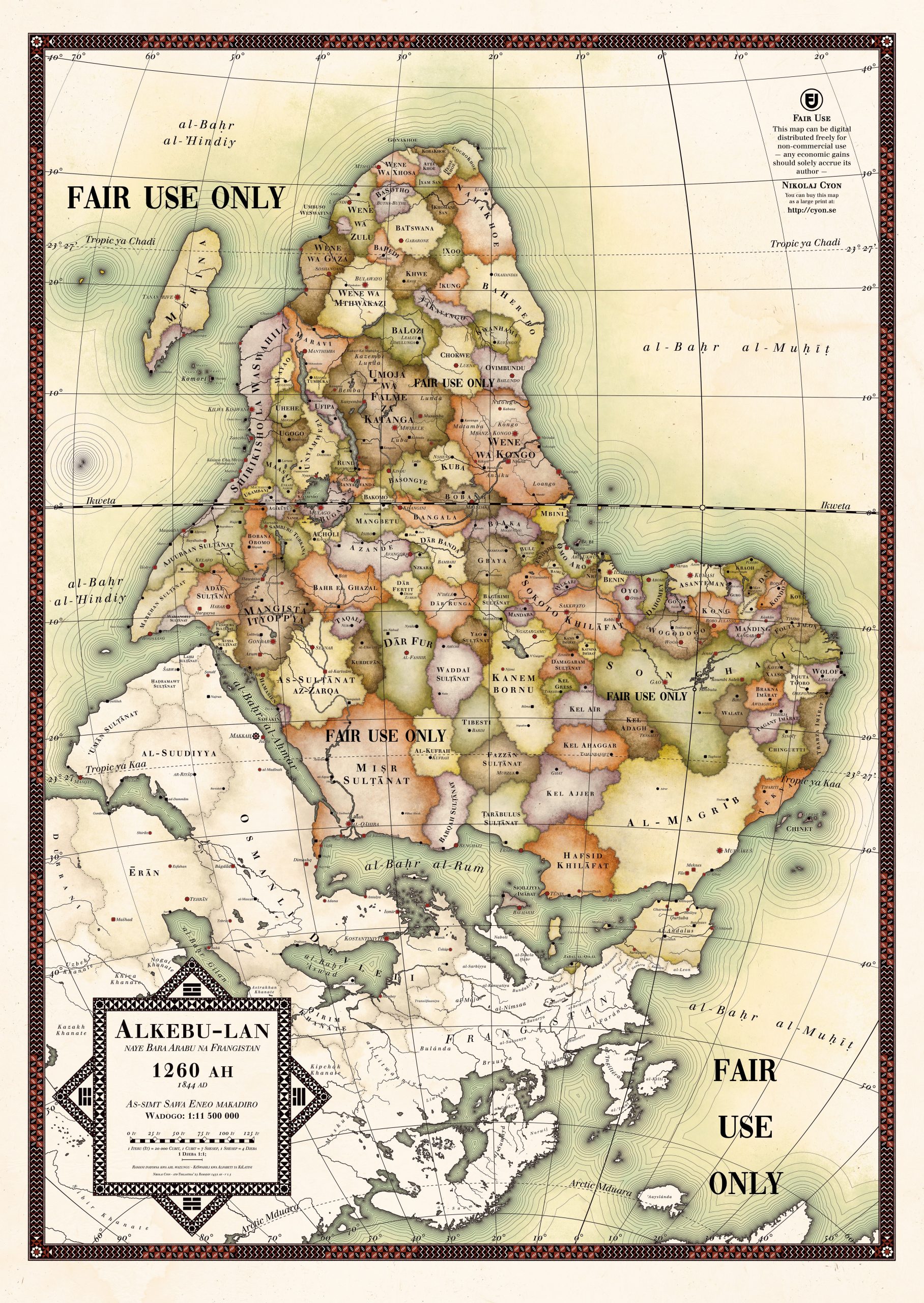 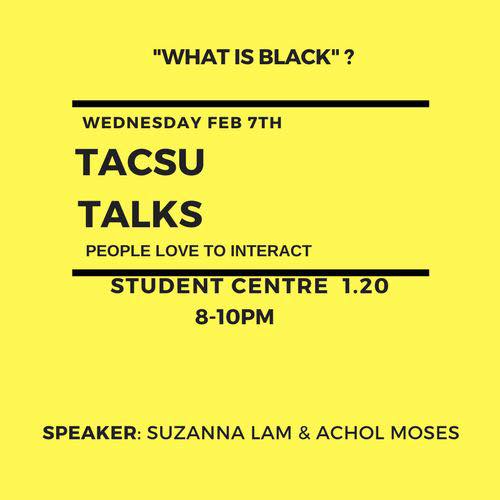 TACSU Talks: What is Black?
By
Berfin Aksoy
Related

How did TACSU celebrate Black History Month?
By