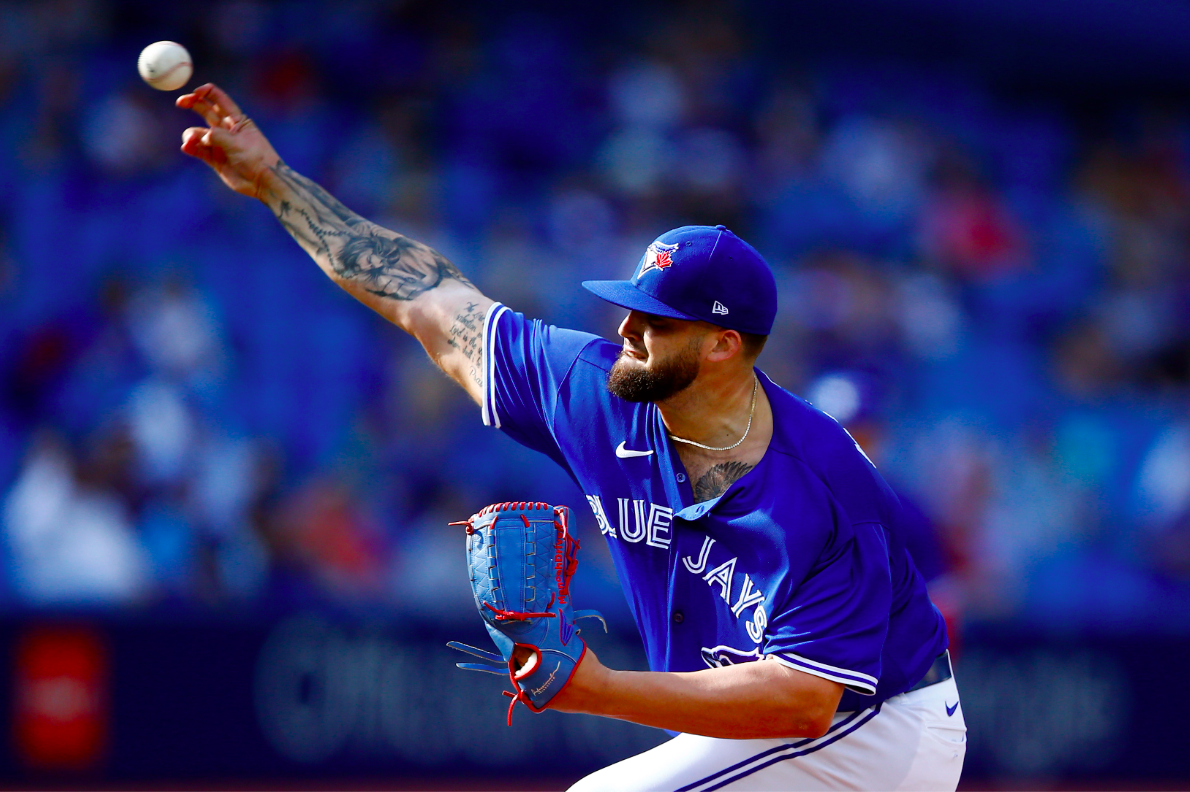 Blue Jays pitcher, Alek Manoah, at the moment of pitch release. If you blinked looking at this, the ball is already by you. Photo: Vaughn Ridley/Getty Images

Confessions of a Baseball Fundamentalist: The Revolution Will Be Boring

Blue Jays pitcher, Alek Manoah, at the moment of pitch release. If you blinked looking at this, the ball is already by you. Photo: Vaughn Ridley/Getty Images

January seems like the perfect time to talk about baseball. We’re about mid-way through the off-season, some asshole named Trevor just lost his job, and the Blue Jays are shaping up to raise our collective spirits then crush our dreams again.

For those who do not obsessively follow the sport, which is the closest thing to an organised religion that I involve myself in, let me explain what you’re missing out on by leaning into and exploring the oft-worn myth that baseball is slow and boring. I want to explain why this is actually a good thing that you should be grateful for so long as you can see the revolutionary potential hidden behind the Budweiser and Sports-Betting ads.

Before I do, however, and without engaging in hyperbole, I am here to say that baseball is perfect. This doesn’t mean the organisations or the people who play it are, or ever have been - I mean the sport itself is perfect. Baseball, as I understand it, is a metaphor for the human condition and our constant struggle for meaning in a cold, cruel, and unfeeling universe. Both historically and in our present, it combines a respect for and integration of nature with spectacular feats of engineering on an epic level within urban settings, while embracing and encouraging idiosyncrasy and superstition both in the people who play it and the places it is played.

Beyond aesthetics and eccentrics, baseball involves a hyper-awareness of narrative, history, and storytelling. Each day, for six months of the year, a new chapter is written. A single game, never mind a whole season, includes extraordinary twists of fate, heroic triumphs, and tragic falls from grace. At its root, one will find the concept of finding and returning home amongst friends and family while being rewarded for your arduous journey. It is the Odyssey with more Homers.

With that out of the way, now to the point. Often I will hear from non-believers that baseball is too long, too boring, or some such gripe which inclines me to evacuate the conversation - a compulsion I must resist. Naturally, I will admit that a game of baseball is a gruelling, slow-paced venture; but I modestly suggest to those who want baseball to be faster that they reflect upon what it is they actually want from the sport and then look inward to see what’s broken inside them. What social ills have edged their ways into their skulls such that they think a centuries-old sport should bend to their schedule.

Baseball isn’t here to be convenient for you. Rather, you have to be present for it. Baseball is played on a timescale that is outside our overburdened modern schedules, making it a beautiful and transgressive thing to behold in our current time-crunched epoch.

Watching baseball thus becomes a revolutionary act, one which runs contrary to societal expectations of timeliness and convenience. The length of a game depends solely upon probability and chance so the best practice is to sit down and enjoy it. Like a human life, every baseball game does eventually come to an end, but what happens between the first and last pitch and how long it takes to get from those two points is anyone’s guess.

The people who suggest that the length of a game of baseball is a downside to the sport include the Commissioner of Major League Baseball himself, Rob Manfred. Against all natural laws, 2023 will see the implementation of a pitch clock in MLB - an aberration and insult to every baseball purist who respects strategy and pacing. These people are lost souls who fail to understand that baseball, as I have previously said, is already perfect. I suggest with great love and tolerance that it is, in reality, these very same people who are what is wrong with this great pastime. Who wants their pastimes to not pass as much time as possible? Psychopaths, sleazy sports journalists, SABR-heads, and people like Rob Manfred, that’s who. I shall ponder how such a small man with such glaring animus for the sport rose to his station for as long as I live.

Those afflicted with such self-centred obsessions for personal convenience and “deadlines” willfully miss the point that baseball teaches us patience and above all, the fact that the game evokes the harsh realisation that no one is the centre of the universe. Everyone gets their turn at bat (except pitchers now…but that, again, is another article entirely) and does their best not to get out. If not a hit, perhaps they grind out a walk, maybe drive in a run or two, and then they hand it off to the next person in the order.

The point is that when you’re watching baseball, you’re on baseball time. To win a full game, a team must get their opponents out 27 times at a minimum while scoring more combined runs across those innings (pedants of Effectively Wild please spare me any theatrics). That is three outs per half-inning over nine innings. No matter how long it takes, the job has to get done. There is no running the clock down when your team has a lead, no time-outs, and no change in possession until those outs occur - and to get outs, the pitcher must throw the ball.

Every time a pitch is thrown in baseball at the professional level, the ball crosses home plate (a distance of 60 feet 6 inches) in less time than it takes you to blink your eye. Consider that for a second - and the ball is already past you. You look like a bigger fool than someone who thinks bigger bases will lead to significantly more stolen bases in the upcoming season.

But I digress. It’s suffice to say the fact that any human can make contact with a pitched ball, measuring 9” in diameter and moving between 75-103 mph often with dozens of inches of horizontal and vertical movement is nothing less than a herculean task. Those who say baseball is “slow” would do well to remember that in that fraction of a second, a universe of potentials is unleashed.

Symbolically, a hit in baseball is a testament to the tenacity of humanity’s will to conquer any obstacle besides climate change, poverty, and fascism. While it seems we really are just going to let those things happen, every hit in baseball reminds us that if we wanted to, we could solve those issues as well. Baseball, in other words, gives me hope and watching it provides me the time to think about revolution. Ultimately, this is what the stuffed shirts at Fox Sports and ESPN don’t want, and the very notion strikes fear into the hearts of the billionaires who own MLB teams.

From a strategic point of view, owing to the physical and all too human reality that batters cannot actually see the ball they’re trying to hit as it comes toward them, they must depend on intuition more than their senses once the pitch is released. Here, they must draw upon a knowledge of what kinds of pitches a particular pitcher throws and how often, what a pitcher has already thrown to them in that plate appearance, what the count is, how many outs there are, how many people are on base, what bases those people are on, how the infielders and outfielders are aligned, etc. I could go on, and I probably will in future articles.

The task of hitting in professional baseball is so difficult that It bears mentioning that those who make it to the Hall of Fame, on average, manage to get a hit approximately 30% of the time they step up to the plate and the most elite among them manage to get on base at a rate of about four times in ten. Imagine failing 60-70% of the time and still being celebrated as one of the greatest people to ever do your job?

Of course, we are talking about professional athletes who possess untold physical prowess and have spent their lives tuning their bodies and minds to elite standards in order to perform at the highest level of their respective sport. But I would argue there is a lesson here for everyone - baseball reminds us that we all need to fail, but it's the next opportunity that counts. No one is remembered for the number of times they struck out (unless your name is Joey Gallo), but the walk-off hit makes one a hero - at least until the next game.

Baseball, unlike most other sports, is about optimism, mythmaking, transgression, slow living, and breaking down the arbitrary social relations that keep us fixated in this capitalist hellscape. It reminds us to resist the ever-accelerating push and pull of our society in order to make space for knowledge of ourselves. Every game of baseball is a revolution, if you want it to be.

Volume 57, Issue 4
Subscribe to Arthur's Newsletter
Thank you! Your submission has been received!
Oops! Something went wrong while submitting the form.
No items found.
From Sebastian Johnston-Lindsay 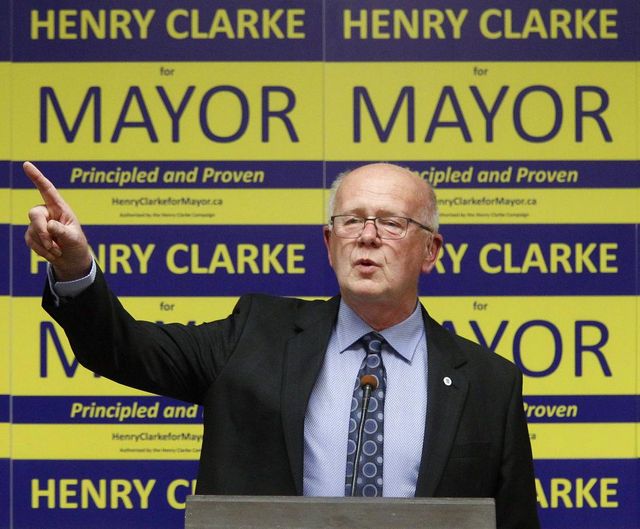