Hockey and the Toxic Culture It Breeds

Written by
Owen Harrison
and
and

Hockey Canada is currently undergoing a sexual assault investigation that began in 2018 following the Hockey Canada Foundation Gala and Golf Tournament. The allegations stated that a woman who is identified as “E.M.” was sexually assaulted by eight players from the Canadian Hockey League (CHL), including members of Canada’s 2018 World Junior team. An investigation was launched by Hockey Canada and by the London police service after they were informed of the incident. London police closed their investigation in 2019, and Hockey Canada’s investigation closed in 2020. Neither of these investigations resulted in charges being laid against the accused parties.

In April 2022, the woman, E.M., filed a lawsuit seeking $3.55 million in damages from Hockey Canada, the CHL, and the eight players. Hockey Canada settled this suit outside of court for an undisclosed amount. The Sports Network (TSN) then reported details on Hockey Canada’s settlement of lawsuits related to sexual assault, revealing that they used their National Equity fund to settle these sorts of allegations. This revelation led to funding being frozen, sponsors withdrawing, and an intense investigation into Hockey Canada to reveal how many sexual assault claims had been covered up by these funds.

Currently, the Board of Directors for Hockey Canada have stepped down on account of their mishandling of the situation. Additionally, the 2018 investigations have been relaunched alongside new investigative parties, including the NHL.

I had the opportunity to speak with a member of a CHL organization who asked to remain anonymous to hear their thoughts on the Hockey Canada scandal. One of the main points they emphasised was accountability, specifically for the individual players who are accused of being perpetrators. As of right now, they are unnamed to the public and are likely making millions of dollars playing in the NHL. The person I spoke with mentioned that for the victim of the sexual assault, it must be terrible seeing her abusers thriving with no repercussions. This reveals a larger systemic issue wherein people who have lots of money, or value to an organization, can get away with crimes without facing consequences. This is something that needs to change.

In my discussion with the CHL organization member, we talked about how there is an aspect of hockey culture that leads to players developing a sense of invincibility.

“It starts in minor hockey; it starts with being the top dog of your respective team,” they said, “It creates a big ego for you and then it comes and is projected as that toxic culture,” alluding to the idea that the culture in hockey is inherently flawed. Minor league players learn that to be the best players they need to show skill and develop a toxic personality that leads to them feeling invincible.

Part of this comes from the selection process for hockey teams. My connection said that the recruiters often “overlook your attitude as long as it’s compensated by performance.” By valuing a person based solely on their ability to benefit the team on ice, it reinforces the idea that a person’s attitude and actions off the ice have no impact on their career. This can have a damaging effect on a person’s perception of their value. Since they face no serious repercussions for their actions, they begin to test the boundaries and eventually commit criminal offences. Since they are a potential NHL superstar, however, they are dismissed of any serious consequences.

How can the culture of hockey change in a way that promotes responsibility and accountability for one’s actions off the ice? I think it is interesting that players are penalized, fined, and suspended for their actions on the ice quite often. For example, if someone makes an illegal body check from behind, they are kicked out of the remainder of that game and they undergo a hearing where they may be given a longer suspension and face fines. It should be noted the fines they are given are often a tiny fraction of the money they earn annually.

Another aspect of these punitive measures is how productive that player is in the league. When suspensions and fines are enforced, they are often given to players who are not superstars in the league. It is often the guys who play very few minutes and are expected to play a much more aggressive style of hockey. It is very rare for a superstar to be suspended, or even penalized for a potentially dangerous body check, especially if there is room for interpretation.

It is not surprising to see that the accused players in the 2018 sexual assault allegations are not facing any repercussions. Most of that roster is now in the NHL, and many of them are considered superstars. Due to the protection granted to nearly anyone who has some semblance of fame, these NHL stars are allowed to remain anonymous and continue their lucrative careers.

In today’s media, there is a push to hold celebrities accountable for their actions, especially when they are criminal in nature. While there have been some famous people who face consequences for their actions, the major companies, and celebrities themselves, do their best to make sure their mistakes never see the light of day. This is evident in Hockey Canada’s use of the equity fund to handle this allegation, and others, behind closed doors to avoid negative media attention.

For the sake of setting a precedent, I hope that the players and organizations are held accountable for the actions that took place in June 2018. It is important to ensure that each person faces the consequences for their actions regardless of their wealth or social standing. Should the investigation conclude that the accused are guilty and must face the appropriate sentence, it should have a large impact on how other sports handle sexual assault allegations in the future. I think that the fact that Hockey Canada has even been called out for mishandling the situation in the first place is a strong first step. 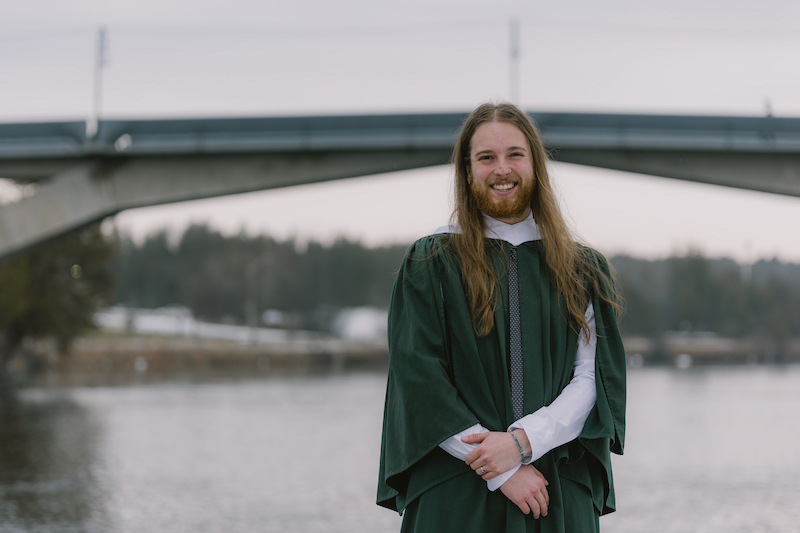 The Right Words: How We Talk About Sexual Violence
By
Elizabeth Mitton
and
From Owen Harrison 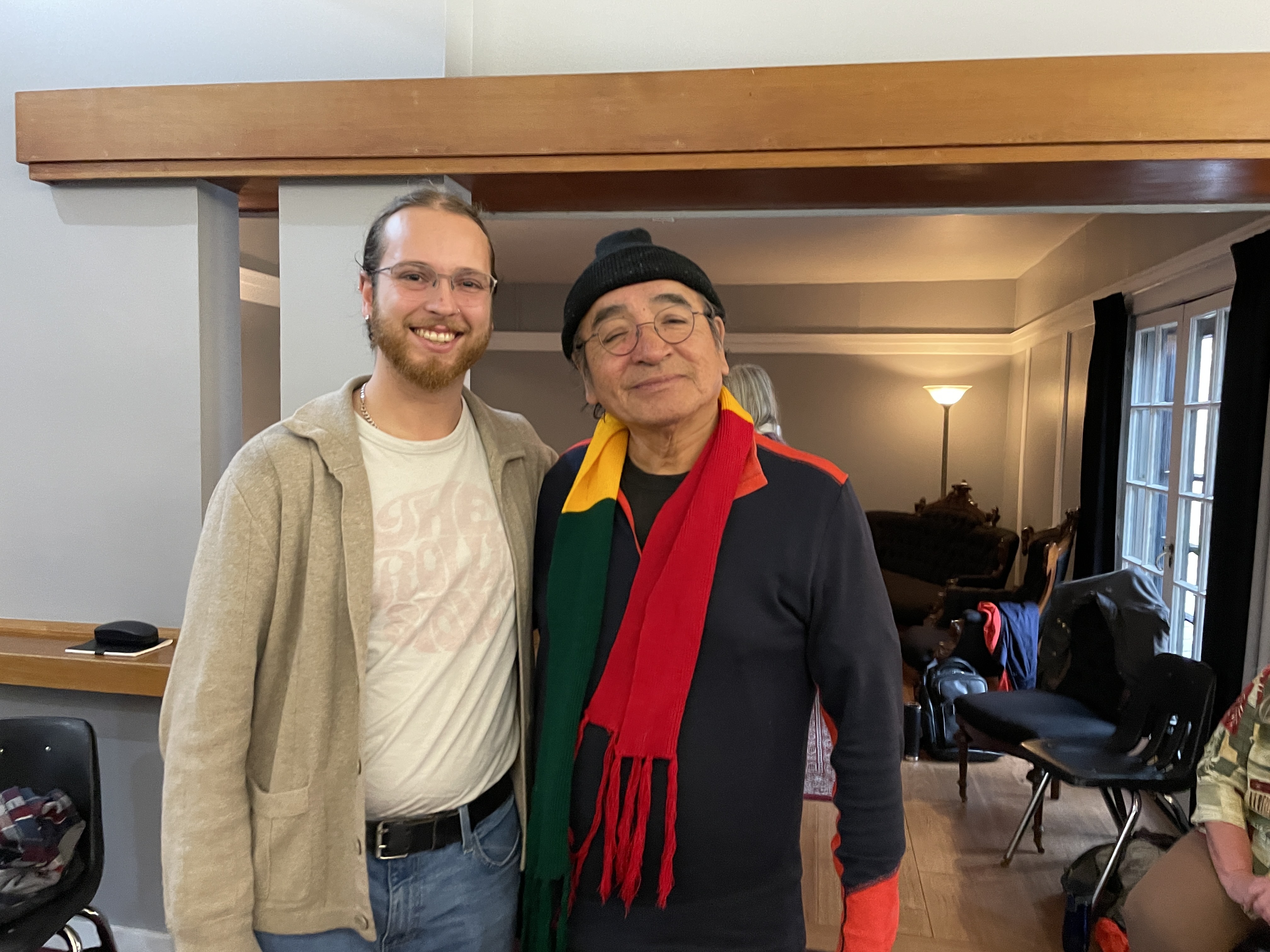 Language as a Form of Love, Respect, and Reconciliation
By
Owen Harrison
and
Culture
|
Arts

Western University: How a Campus Community Responds to Sexual Assault
By
Elizabeth Mitton

The Right Words: How We Talk About Sexual Violence
By

Western University: How a Campus Community Responds to Sexual Assault
By
News
|
Campus