With a LGBTQ+ community as vibrant as Peterborough’s, it only makes sense to celebrate it with a 10-day Pride Week (seven days just isn’t enough). Peterborough Pride is celebrating its 15th birthday this year and there is no denying how much it has grown. In 2003, Pride in Peterborough was simply a parade. In 2017, the event has evolved into a 10 day, 36 event spectacle with a broad range of diverse activities that truly has something for everyone. Workshops, Dance Nights, Poetry Slams, Film Screenings, Concerts, Potlucks — what more can you ask for?

This year’s theme is Out for Good to symbolize the hope that all members of Peterborough’s queer community will be able to live unapologetically throughout the entirety of their lives, never to be shunned or shamed for being who they are.

Peterborough Pride undoubtedly does a lot for this community. It is a visible symbol to queer folk of all ages, ethnicities, races, religions, gender identities, etc. that there is a place for them here. I, myself, had the privilege of experiencing this almost overwhelming sense of inclusivity during last year’s parade. I was a first year, a new resident of this electric city without any idea how LGBTQ+ individuals are treated here. Coming from a more populous region with more ethnic diversity, I was a bit skeptical about how Peterborough, which I thought of as a miniscule, white-washed, sorry excuse of a city, allows LGBTQ+ people to thrive. Upon further investigation, I now realize that I couldn’t have been more wrong; I’ve had the pleasure of encountering countless welcoming, inclusive individuals and many queer-friendly events and establishments.

Peterborough Pride was not only my first taste of this community, but also my first Pride Parade. Yes, to my surprise, the first time I laid eyes on a real-life drag queen was on George Street. I was elated to watch so many colourful floats from so many local organizations go by and knew in that moment that Peterborough would be home for me.

My elation was evoked once again this year as I had the pleasure of attending the Pride Spoken Word Spectacular hosted by the Peterborough Pride Committee and Peterborough Poetry Slam at Catalina’s on September 20th. A quirky group of individuals came together in an eclectic space to celebrate pride in poetry and it was magical. Poems ranged from despairing to cathartic to downright hysterical and touched on a variety of important themes such as intersectionality, indigenous rights, coming out and recognizing privilege.

Local poets took the stage to express themselves during the open mic segment and they surely did not disappoint. Some left tears streaming down our faces while others made us wonder if we had developed a six pack of abs from laughing so hard. I had never felt so proud to call myself a resident of Peterborough.

The feature poets were spectacular. Local poet and Pride Committee member Shannon Culkeen performed a mixture of somber and hilarious pieces. She had the entire crowd busting a gut when she shared the story of how she realized she was lesbian when a drag queen called her out mid-performance referring to her as a “baby lesbian.” Culkeen’s exuberant stage presence and animated enthusiasm are just two of many characteristics that make her poetry unforgettable and I look forward to seeing her perform again.

The other feature, Welland, ON native D’Scribe the poet, is an Indigenous slam poet with an illustrious list of titles to his name. His poetry incorporates themes like Indigenous rights, mental health and addiction. D’Scribe took a different approach to his performance that I feel can only be described as powerful. He’s loud, aggressive even, and you can’t take your eyes off him. He wasn’t hesitant to admit that his poetry would be quite sad as he discussed a multitude of painful life experiences that illuminated the challenges many Indigenous youth face in Canada. I know I’m not alone in saying that I was deeply moved and humbled to bear witness to his poetry.

The Pride Spoken Word Spectacular is just one of the 36 events that make up Peterborough Pride Week 2017. There is a tremendous amount of work that goes into making events like these possible; it is an honour to live alongside people who devote their time to such an important cause. I feel incredibly fortunate to be part of a community that values my identity as someone who is unapologetically gay. I hope at the Parade on Saturday there is at least one anxious first year who finds solace in the army of rainbows walking down George Street and realizes they’re at home here.

Volume 56, Issue 0 Copy
Subscribe to Arthur's Newsletter
Thank you! Your submission has been received!
Oops! Something went wrong while submitting the form.
No items found.
From Nick Taylor 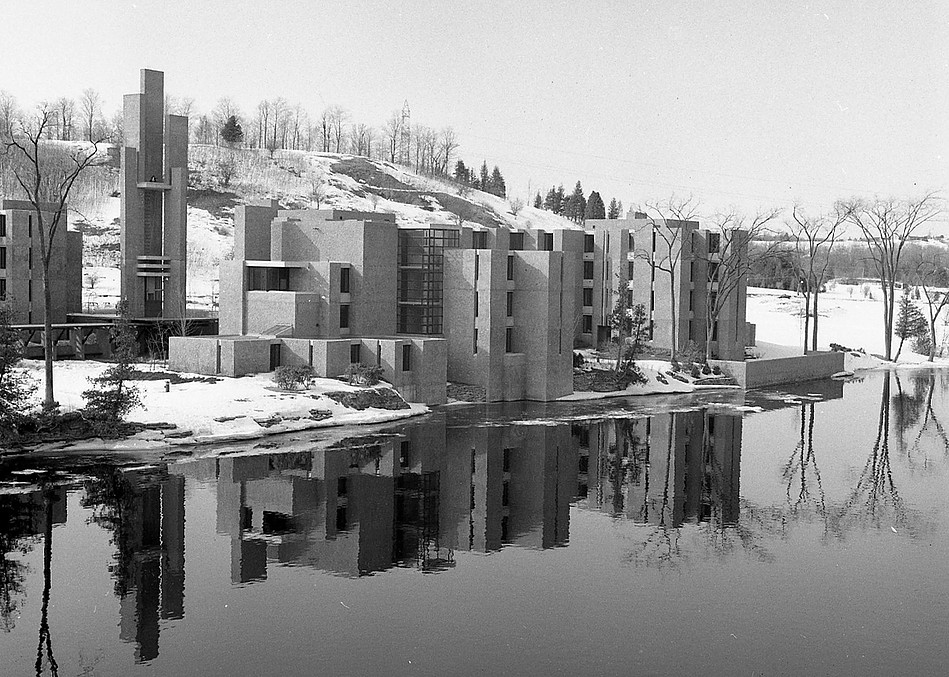