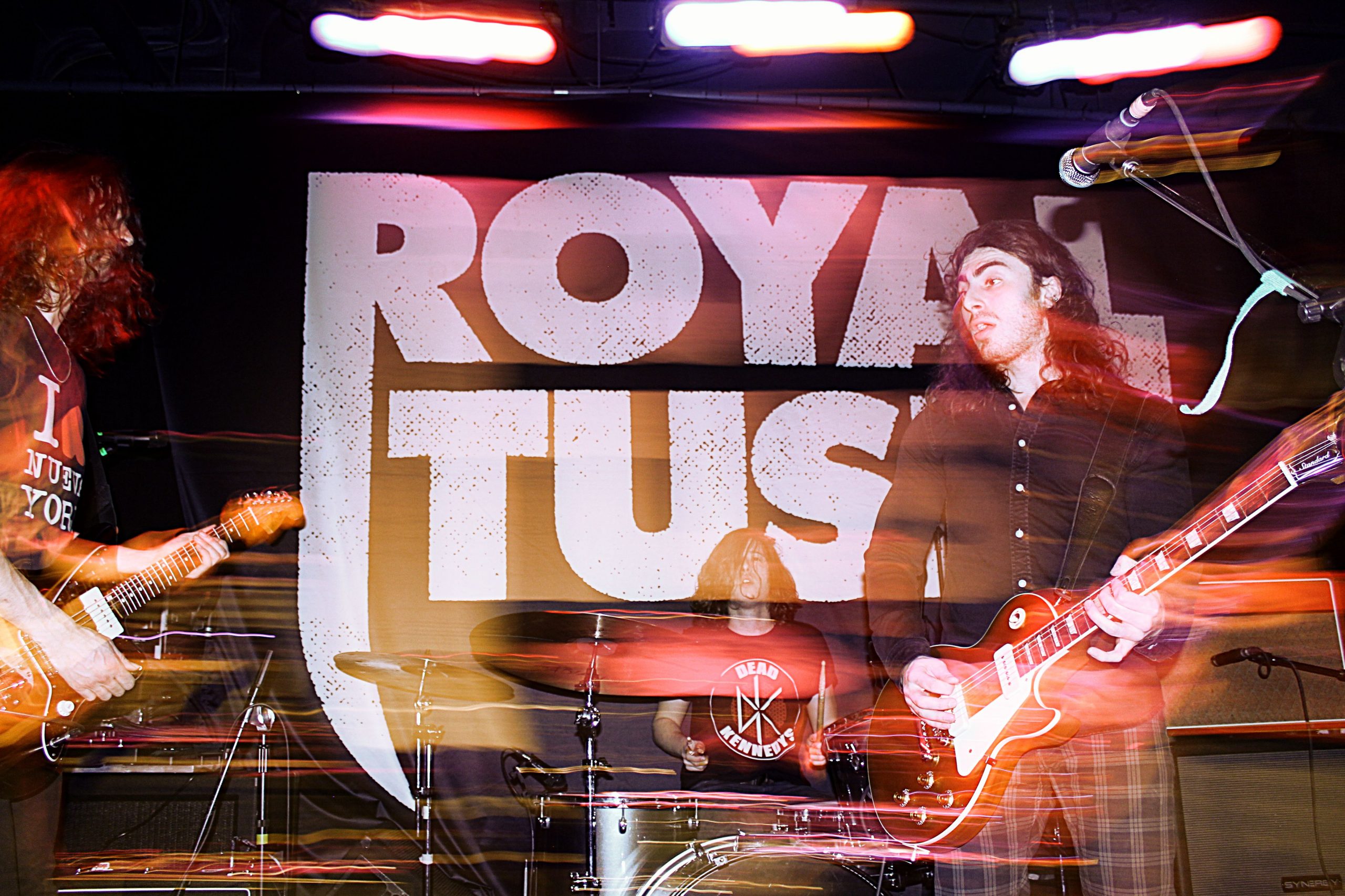 Foreword: This article was composed on March 4, 2020. Due to unforeseen circumstances with the interview audio files, the article could not be completed till as of recently. For those affected, I sincerely apologize.

From the moment that the Gordon Best Theatre announced that four legendary bands would meet on the stage on the night of March 4, I couldn’t so much as skip a beat when I planned to go see them. With what would later turn out to be a completely sold-out show, with a full house of hundreds dispersed on the floor, we knew we were in for something great.

Trudging up the stairs to the tune of Niall’s opening act, I only grew more excited to see the Peterborough circuit rockers take hold of the stage with a slow but steady groove on the band's menu, playing hits from their debut album as well as their catalogue of singles. Even since the last time I saw these guys at The Twisted Wheel, the band didn’t skip so much as a beat. Take the song “inside” which sounds like a dreamy, landscape outside the car window soundtrack. With an incredible range of imagery given by the band’s airiness and dreamscape-ish (I know that’s not a real word, but hopefully you get my point), it's hard to pass up an opportunity to see these dudes live.

Toronto band Ready the Prince entered in with a very spacy, groove-infused guitar intro with some heavy amp feedback. Like flying through an asteroid field, the blissfulness of the airy waves combined with the aggression of jumpy, hard-hitting riffs and bass notes provide a great semblance to big-stage rock concerts. This was especially so with songs such as “Torn Up” and “All the Love (I Have to Give).” What intrigues me the most is the idea that this band doesn’t necessarily stick with one musical/stylistic “theme” – in other words, this band makes the jump between hard rock and smooth metal a blissful, seamless effort.

BRKN LOVE emerged with an attitude that would wipe away any doubts that these guys would kick some serious ass. With an “eyes front” stage presence and killer solos, the Guitar Hero-esque virtuoso swagger that the band exudes is something that is something that everybody deserves to behold. I was especially drawn to Justin Benlolo’s vocal range, stretching from deep screams to high-pitched wails. Not your run-of-the-mill rock and roll band, you might want to make sure you have something soft behind you when the explosive impact shocks the floor. And if the music didn’t meet that magnitude, the crowd would be happy to accommodate with an enormous mosh pit and slam-dance routine. In rock terms, these guys are frickin’ gnarly.

The banner at the back of the stage beckoned for something big, and that’s exactly what we got when Royal Tusk entered the stage. It wasn’t hard to see why the “Thunder on the Tundra” tour was so aptly named, with the loud rumbling of the bass and drums turning the solid floorboards into a heavy wave of cosmic vibration. I was fairly convinced that the theater was going to cave in on itself – with a floor filled to capacity, the idea of such happening was as exciting as it was terrifying. Though, the band in itself was spectacular – literally elevating us to new levels. I regret to say I couldn’t attest to the feeling of crowd surfing across the dance floor, but to the dozens carried around during their set, I could only imagine how ecstatic it must have been. At least I know what to do the next time they come around! With heavy classic-style solos and handclapping/head banging action, Royal Tusk brought forth a glamourous mix of nostalgia and modern elements of rock n’ roll.

After a while of recuperating my eardrums, I caught up with some of the bands outside for some feedback on the legendary show.

First on the call outside of the Gordon Best were some of the members from Niall:

NIALL: Really weird, because were totally different but at the same time its like, refreshing, to play with different acts. I’ve been going to hip hop shows lately to switch it up, so playing with someone who’s far from our genre is always fun.

SW: For the purposes of catching up as well, the last time we talked was at the Nebraska concert, about a month ago. What can you fill us in with what you guys have done since then?

BLAKE: We’ve been working on some new tunes, basically trying to put out some new material, and we got a lot of new things coming. Yeah, that’s all we can really say, I think.

SW: Anything you can disclose on that?

NIALL: Check my name on Facebook, and then you’ll know.

SW: Alright, that’s our clue folks. Aside from doing great shows, like what we just saw, what do you guys have lined up for the future?

BLAKE: Were trying to get on festivals right now, getting on Sled Island in Calgary.

SW: Oh, that would be sick!

NIALL: Yeah, we just got an email from them, they’re going to follow up with me so that should be cool. We got a show coming up in Montréal on Friday, got a nice Airbnb.

With just enough time to spare, I was fortunate enough to chat with Justin Benlolo of BRKN LOVE about the show as well. Here’s his take on the night:

SW: When we last talked, the band was about to enter the Thunder on the Tundra tour, starting way out west. You’ve done a couple shows since then, and we’d like to know what your thoughts are with the show, at this phase of the tour.

JB: Well honestly, I didn’t really expect much from this show. I was really surprised yesterday when Royal Tusk said that there were only nine tickets left, I was like “What the hell!? We're going to kill it in Peterborough!” I know I never come out here, and I grew up not too far away, so I didn’t really know anything existed up here. It was definitely a nice surprise, and I got to say I think this was one of the best shows on the tour, for sure.

SW: How many shows do you guys have left on this run?

JB: Two… wow, that’s it! We have Waterloo and St. Catharines and then we're done!

SW: Any funny tour stories, aside from tonight being totally rambunctious?

JB: Nothing too crazy, we didn’t really have time to hang out and party because the drives were so long. But I will say that some of the shows were really great – Toronto, tonight, Vancouver was great. Nothing for the books, I would say other than just getting really drunk sometimes and dancing all night but ya know? I would just say the shows have been the highlight – the best stories come from just playing and seeing people go crazy and seeing them actually sing the songs. That’s what’s been crazy to me on this tour, people actually know the words to the songs, and that’s never happened before. It's been new for us, so that was really cool.

SW: Bit of a personal question, was [the cover of] “War Pigs” [by Black Sabbath] planned or spontaneous when you guys played it?

JB: We’ve been doing it for a while now, we started doing it because we played a casino in Sault Ste. Marie and we had to stretch our set to be really long, and we didn’t know what to do because we don’t have that many songs. So we added in that cover and it took up like ten minutes, so we’ve been doing it for a while just because we have the time too. And it's also a nice break in the set because I don’t have to sing it, so Kyle gets a moment and I get a break, coming back with a dual guitar solo which is awesome. It's also a great sing-along; the crowd seems to love that one.

SW: And anyone who comes to these shows HAS to know the words.

SW: Aside from the last stretch with the two shows left, do you guys have anything else planned for the future?

JB: yeah, we just announced a tour with Pop Evil, in May to June in America. We are unfortunately not on any of the Canadian dates, they just didn’t book us on those, but we have that tour. We're playing all the big festivals in the States this spring, like Welcome to Rockville, Sonic Temple, Rock USA just to name a few, and then just plans for a summer tour as well. In August we're going to be with a band called Crobot, which will be pretty cool too. For now, that’s all we got.

SW: Anything else you want to leave us off with?

JB: Yeah, listen to the record! It's out now, and if you like what you heard and our band, you can actually hear more of it and it would really help us out!

Needless to say, there’s a fairly good chance that these acts might become your favourites too once they come back to town. Keep an eye out for future dates near you and be sure to check out their content on streaming platforms and physical merchandise!

ReFrame Review: Fanny: The Right to Rock
By
Katie Pedlar
and
From Spencer Wells 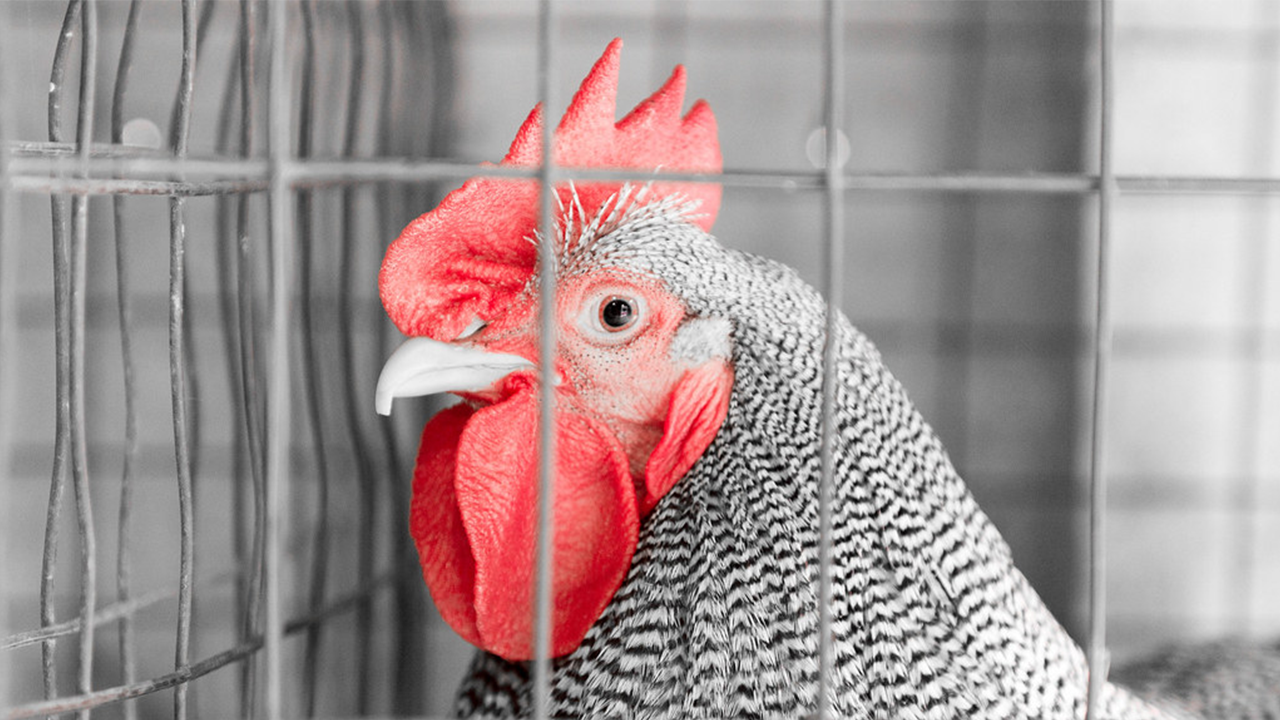