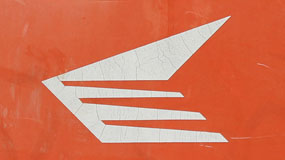 To Live in a Post-Post Society

The kind of nostalgia and joy that I get from the postcards, letters, and photos tucked away in shoeboxes and messy piles in my drawers is unique in its warm and fuzzy quality.

Looking through this archive of memory is dear to me, but it isn’t only the storing of these items that I view as sacred, but rather, the entire process: the waiting, the receiving, the finding, and the opening. The sense of excitement one feels in the morning after finding a postcard from a friend they haven’t seen in three years because they moved to Banff, Barbados, or Australia is incomparable to a less personal and effortless email or Facebook message. Arriving home after a strenuous and unreasonably long lecture to discover a hand-written letter and some chocolates is refreshing, and my hands rush to carefully tear the envelope and obsess over the angle at which my friend decided to paste the stamp and write the address. However, Canada Post is now stripping this experience away from those who live in urban centres such as Toronto and the surrounding GTA.

This new business model, announced on December 9, 2013 will take away up to 8,000 jobs, and also results in an increased price for stamps. This announcement has caused much criticism and has enraged many. Stamps, currently priced at $0.63, will go up to $1.00 each beginning on March 31. Canada Post stated that the plan is to return the company to financial stability by 2019. A Conference Board of Canada study estimates that, by eliminating door-to-door delivery in urban areas, the company will save up to $576 million per year. Though the estimated job cut hovers around 8,000, around 15,000 employees are expected to leave the company within the next five years as this plan takes place. The union representing Canada Post states that they will fight the decision to eliminate door-to-door mail delivery. The logistics and reasoning presented to justify this change has been met with an equal level of backlash claiming that more dialogue, discussion, and study should have taken place to search for alternative solutions.

The numbers don’t lie, but neither does the reality that millions rely upon and look forward to mail delivered at their doorstep. Thousands of elderly individuals who rely on hand-delivered mail and who choose not to participate in online communications will suffer from this decision in major city areas. How many of us truly want to walk to the closest mail deposit in the depths of winter, and relinquish the right to this service, which has belonged to us for so many years? The times are changing, technology is nigh, and, of course, the number of hand-written letters, cards, and photos has decreased, but people still order online and expect holiday cards. As a first generation Canadian, I saw my parents receive letters and birthday cards from Pakistan while growing up. I remember the excitement I got from knowing that a letter directed to me from my cousin or grandmother abroad was taking a journey across the world and sea to reach me. The thought that millions of letters took this journey fascinated me. Canada Post’s decision was not made with the knowledge or involvement of the representative union, and for it to become concrete and set to execution so soon without further exploration is unfair to city folk and Canada Post delivery agents.

Many countries in Europe have successfully enacted Postal Banking services and have profited. Canada Post relies on its revenues and is not a burden to the taxpayer. Delivery agents such as Melanie Mackenzie have been quoted saying, “We have made a large profit in the last eighteen years, and even last year, 7,402 performance bonuses were still paid out, so we can’t be doing too badly.” Statements like these contradict Canada Post’s predictions that up to a billion dollars is lost annually, and have begun an ongoing debate, although there has been some praise from the United States by individuals such as U.S. Republican Congressman Darrell Issa who envies Canada Post’s ability to reform itself.

This move by Canada Post is not just a reform in a business model, but also a signifier of changing times. We students, born in the late-80s and early 90s, are experiencing a paradigm shift of the millennia first hand, in which ‘analog’ and ‘digital’ have become metaphors for the tangible and intangible. Many of us have chosen to opt out of extreme technological involvement despite our ability to immerse ourselves in it. Canada Post’s decision is only one of many that will manifest as technology, attitudes, and lifestyles evolve overtime. 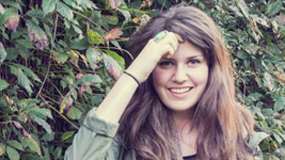