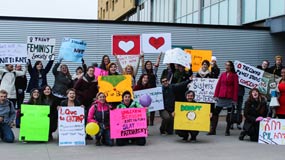 Written by
Caleigh Boyle
and

Somewhere along the way, this manner of thinking became normal and actually accepted. But no woman wakes up in the morning, puts on a low cut top and says to themselves, “I’m going to wear this because today I feel like being raped.”

Such a statement is completely outrageous and utterly false. But when people say things like “she was asking for it”, this is the kind of thought process they are insinuating the victim has. Not only is it extraordinarily disrespectful, it is really, really hurtful to victims.

In 2011, while talking to York University students about campus safety, a Toronto police officer said, “women should avoid dressing like sluts in order not to be victimized.”

Absolutely outraged by this statement, Jarvis took it upon herself to make a change, and so she created the Slut Walk. Trent students were among some of the first participants.

“Slut Walk began as a rally in the streets of Toronto as a way to challenge language,” said Jarvis. “We need to challenge the motive and intention behind our words.”

Slut Walks have since happened in over 200 countries world wide.

“Things like slut shaming happen a lot around campus,” says TFS member Amy Keating, and although it is mandatory for universities to host an information session about sexual assault and informed consent, “it is not mandatory to attend.”

Students should be able to feel safe on their university campus and by spreading awareness and providing more education, we get one step closer to creating a safer place.

On Thursday, however, Trent students took a lot of steps and got a lot closer. With more than fifty students marching and TFS members Amy Keating, Brandon Takeda, and Kate Ross leading the way, protesters started at the Gzowski bus loop, marched through each of the colleges, and through campus hotspots ending at the Bata Podium.

“This walk is about being yourself and being comfortable,” says Ross who proudly marched sporting a bra and a black blazer.

Several other protesters marched in their bras while others showed some leg with lacy thigh highs (kudos to everyone who dressed down, because we also got our first snow storm on Thursday).

Having the demonstration at a peak time on campus allowed for many students to watch as the protest paraded through campus and listen to the chanting: “ASK THAT CUTIE BEFORE YOU TOUCH THE BOOTY! 1, 2, 3, 4 WE WON’T TAKE IT ANY MORE 5, 6, 7, 8 INFORMED CONSENT IS FUCKING GREAT! HOWEVER WE DRESS, WHEREVER WE GO, A YES IS A YES AND A NO IS A NO!”

At some point in time it became alright for society to judge people based on how they dress, hearing people say things like “she is such a slut” or “oh my god you are such a prude”. But there is no way of telling these things about a person based solely on how they are dressed.

Words are powerful, and words such as ‘slut’, ’whore’, and ‘bitch’ have unfortunately become a part of our day-to-day language.

These words are offensive and disempowering to people and victims of sexual assault. Victims need a safe place where they can talk about their experiences, and Slut Walk is a good start. “Slut Walk reminds people that it is okay to bring it up and it is okay to talk about it,” says Takeda.

We need to learn how to lose these negative words and instead integrate words such as ‘creative’, ‘beautiful’, ‘talented’, and ‘handsome’ into our day-to-day language. And most importantly, we need to stop victim blaming.

No person is ever “asking for it”, and students should be able to feel comfortable to go about their campus feeling safe and supported no matter their gender, race, or sexual orientation.

Our words are powerful, so it’s time to start using them to promote and encourage rather than to spread hate. 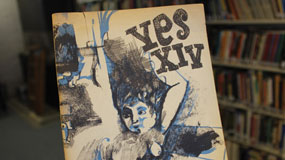 How to make a zine. How to build community.
By
Caleigh Boyle
and
Culture
|
Arts 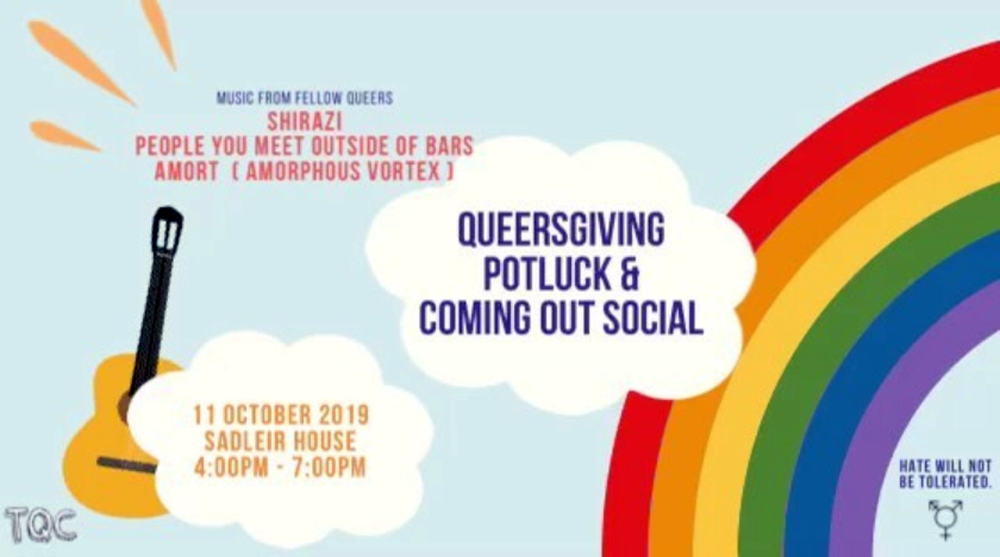