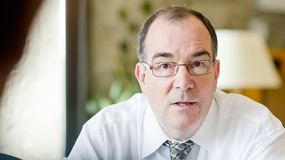 In September, the Ontario government released a widely publicized draft discussion paper entitled Ontario’s Proposed Differentiation Policy Framework. This document outlined a number of key changes that the province hopes to make to its higher education sector over the next several years in order to increase productivity, financial stability, and differentiation among post-secondary institutions.

Last week I sat down with Trent University President Steven Franklin to discuss this document and how these changes could affect our university.

The following is an edited excerpt of a much longer conversation. A recording of the full interview will be available online at trentarthur.ca, and played on Trent Radio.

So, the Government of Ontario has recently released a policy framework calling for more differentiation between post-secondary institutions. Can you explain the concept of “differentiation” within this context?

Currently, there are two extreme views on differentiation. One is represented by a report produced by the Higher Education Quality Council of Ontario (HEQCO) during the summer that said that research amount is the best way to drive differentiation among institutions.

The other end of the continuum is the more common belief that universities all share many of the same characteristics but differ in how they should build on their strengths, for example, approaches to pedagogy and thematic areas. These are more appropriate ways to differentiate and the paper produced by the ministry adopts this more expansive and productive view of differentiation.

There is a quote from the policy framework document that says that the province will “use the appropriate policy levers to steer the system in ways that align with provincial priorities.”

Does this mean that the government is looking at different ways of funding the post-secondary system? And how much of this process driven by the province’s current financial situation?

Well, it is driven a lot by the current financial situation and yes it does indicate that they will change the funding formula. The changes to the [funding] formula are a subsequent outcome, though, not the one we’re not talking about now. But certainly the foundation for whatever change will be implemented in the future will potentially be laid out now in these strategic mandate agreements (SMAs) that universities and colleges are currently being asked to prepare.

So, as I understand it, there is currently no weight given to institutional values and learning outcomes within funding formula?

No, in the past it’s been largely based upon undergraduate enrolment growth. This has not really been something that Trent has been able to participate in at the level that we both wanted to and that was available. Through this formula there have been some universities that have been immensely successful at growing their funding over the past decade. Now, in doing this, they generated additional problems but they are not the problems of having underfunded university activities. I wished for those problems when I was struggling with the budgetary situation that I walked into in the early days of 2009 and 2010.

Our growth, however, has now become rather respectable and we’ve got good solid systems in place. We’ve been introducing new programs at a reasonable rate and I want that to continue. I think we’ve become quite good at preserving the good parts of Trent while also growing in a positive way. I think that’s what we’ve been asked to do and we should find a differentiation framework that allows us to continue on that path. It’s the path for the province as well as for our community here at Trent.

Following up on that point, the government has indicated that it wants to guide differentiation within the post-secondary sector. How much freedom do you think Trent will have to choose its own path and how much will be imposed from the above?

Early signals are that changes to the funding formula will take some time, so I am not expecting to have things imposed or be told that there are changes that will be introduced to our programs. I have to be cautious, though, because all of the universities were told that our education funding was going to be reduced. Not only was our funding reduced by the number of students we were allowed to bring in, but also by the actual amount [universities receive] per student. This wasn’t very consultative and administrations were essentially handed this challenge to manage.

We’re also seeing changes being implemented on the programming side; that is, we’re being told [by the government] that there are challenges that we’re going to have to manage. For us these challenges are significant. For example, we’ve been charging students for a full course load whether they are taking 3.5 or 4, or 5 credits. We thought this was fair because running the university costs the same regardless of how many credits a students takes. Now the government has indicated that they will change those rules so we will not be able to continue to do that.

What about for our academic programs? Under the differentiation framework will the provincial government be able to dictate what programs Trent can or cannot offer?

What we’re talking about with the strategic mandate agreement process is more evolutionary and complex because we will see the changes introduced with program approvals. For example, Trent is proposing a Bachelor of Social Work program in combination with Fleming College which we think is a great model and would make a lot of sense for our region and for our schools. What the government could do, though, is look at our SMA and say to us ‘No, we have enough social work programs in the province’ or ‘You’re not particularly strong in social work so for now you won’t be able to develop that program.’ That could be how this situation plays out, I’m not expecting them to say that, but it could go either way.

Now, maybe there are some programs that we would not be allowed to move forward under the differentiation framework and maybe we will have to self-regulate and not propose things that we don’t think will fit the framework.

Trent has always tried to model itself as being a unique university in Ontario. The college system, small group teaching, and interdisciplanarity are part a specific educational vision instilled by the university’s founders. Does the differentiation framework pose a threat to this vision?

In the abstract I think you could make the argument both ways. If the differentiation framework is a carefully constructed process that recognizes Trent’s strengths then no there won’t be a threat. However, if the process results in a coarse or even filter approach that diminishes these strengths to non-measurable, anecdotal, or undesirable elements of the system then yes. And if you think about it, this is sort of what has happened over the last decade by having funding tied to enrolment; it did not allow the university to develop itself in a way the was in line with its founding values.

[Under differentiation], it will not be a bed of roses. There are definitely some areas that in which the university will find that it has major challenges. Part of this will come when we think we’re great at something, when we think we do something really well and it turns out that we don’t. It will come when we think our system is fabulous for something and actually, according to the metrics, it’s not. When this happens the province will not be asking for us for further anecdotal evidence or justification.

There are a bunch of areas that I am not sure that we will be as strong as we would hope. If this happens and there is a strong commitment from the government to fund the universities that are doing well on certain metrics, we will find ourselves, as did the hospitals, in a very vulnerable position and we will no longer be able to do certain things that we hold very dear.

This sounds like you’re painting a very dire picture of the future...

Well, it’s early days but I think the choice of the metrics is pretty important...

So, the metrics have not already been chosen?

No, they are currently in the process of being chosen. Early in October [institutions] were asked to provide feedback on the differentiation draft released by the province and to focus particularly on the proposed metrics... The notion [among university responses] is that while there may be a standard set of metrics that we all adhere to, adhering to only that would create homogenization among the education system.

What could very likely happen is that there would be some universal metrics along with some that are institution specific. These [institution specific metrics] would go to the heart what an institution is actually doing which then could demonstrate that performance based funding isn’t actually that scary.

Trent English Dictionary; or, TED by Arthur
By
Sebastian Johnston-Lindsay
and
Bethan Bates
From Matthew Rappolt 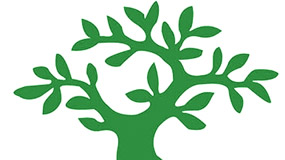 Trent English Dictionary; or, TED by Arthur
By