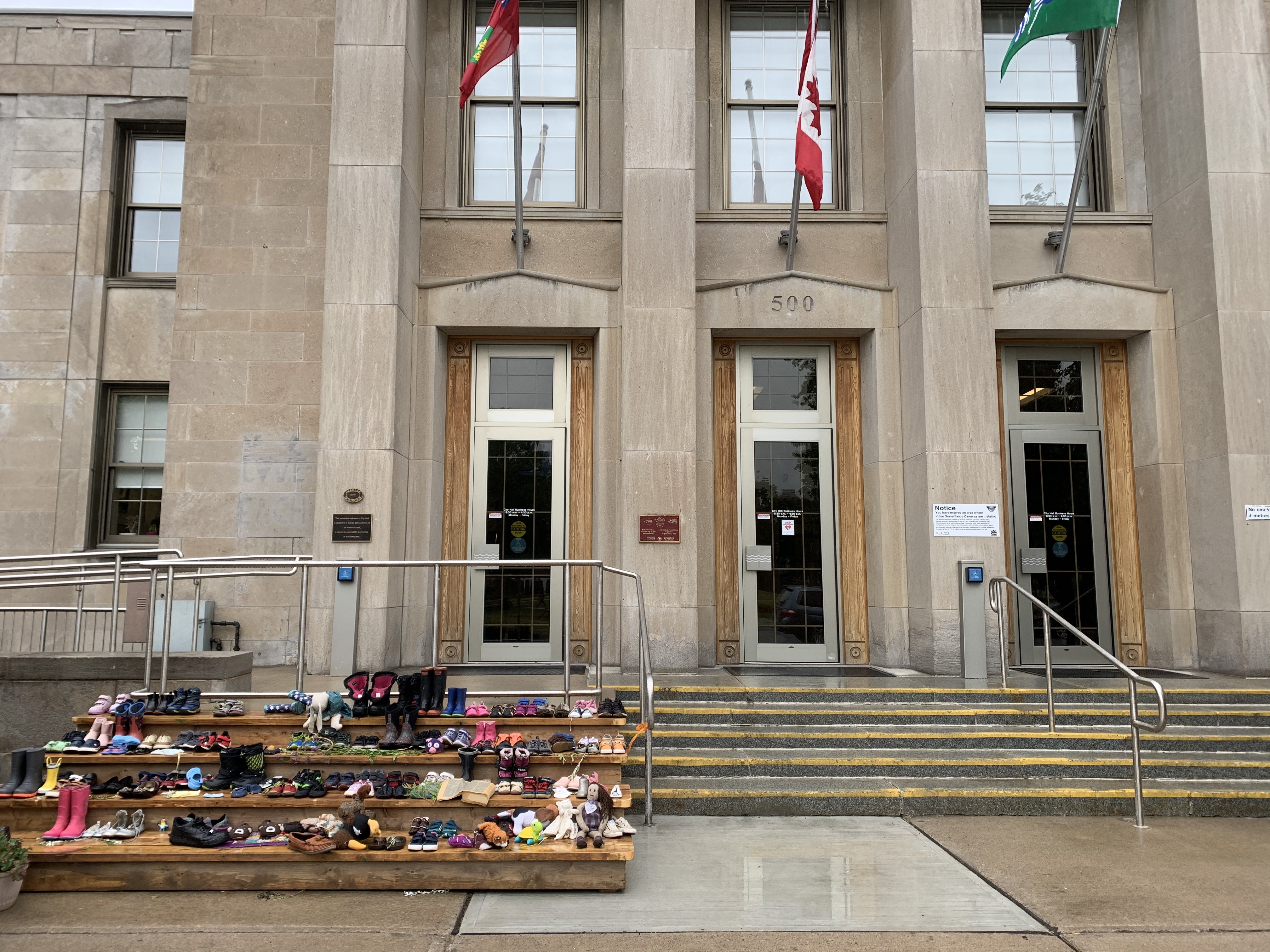 The memorial at Peterborough's City Hall for the Indigenous children killed in state and Church-run residential schools. Photo by Nick Taylor.

This article heavily focuses on residential schools. Support for survivors and their families is available through the Indian Residential School Survivors Society (IRSSS) at their 24/hr crisis line. Call the IRSSS at 1-866-925-4419 for further support.

The memorial at Peterborough's City Hall for the Indigenous children killed in state and Church-run residential schools. Photo by Nick Taylor.

Unfair! cries the Archbishop of Toronto, stomping his foot in response to the calls to hold the church responsible for the genocide they helped inflict against the First Nations, Metis, and Inuit people of Canada.

Despite the Catholic Church’s consistent involvement in residential schools, Archbishop Thomas Collins made quite a few claims when interviewed regarding Prime Minister Trudeau’s comments, including a statement he made when speaking on CTV News. “I think it’s much more helpful, as we’re all working on this long journey of reconciliation to work together, and not to be making these kinds of unfair attacks upon those who are trying their best to bring about and to work with all the Indigenous people for reconciliation.” The unfair attacks in question? Trudeau made the following statement during a press conference:

“I think it’s going to be a really important moment to make it clear we expect the church to step up and take responsibility for its role in this and be there to help in the grieving and the healing, including with the records, as necessary.”

Due to the recent discovery of a mass grave at the site of Kamloops Residential School, many have called for the church to take responsibility for their involvement. After all, the Roman Catholic Church is credited with having run about 70% of the residential schools in Canada. So why is Collins on the defense when it comes to the church being held responsible?

Residential Schools date back to pre-confederation and were a joint effort between multiple religious organizations (including: the Roman Catholic, Baptist, Methodist, Anglican, United Church of Canada, and Presbyterian Church) to forcibly assimilate the Indigenous population into Eurocentric society. This was wrongfully considered an admirable goal by the Canadian government, and when confederation occurred, more funding was allocated and sent towards funding the horrors that occurred at residential schools.

“The Canadian government pursued this policy of cultural genocide because it wished to divest itself of its legal and financial obligations to Aboriginal people and gain control over their land and resources. If every Aboriginal person had been ‘absorbed into the body politic’ there would be no reserves, no Treaties, and no Aboriginal rights.”

To avoid being tied to residential schools, the Canadian government destroyed 15 tons of paper documents that tied them to the Residential School system. Yet both the Canadian Government and the Church would have their own records respectively. In regards to what happened to the Church’s documents, it is widely believed that the Church relocated them to the Vatican. This has made it that much more cumbersome to connect specific people to taking part in residential schools, as Canada has no legal capabilities to seize these documents if they’re in another country. Since the last school closed in 1996, a mere 25 years ago, it’s likely that many former employees are still alive and could be held legally responsible for what transpired. Being able to tie names to the schools would only further implicate the Church and provide more reason for them to be held legally and financially responsible.

In the wake of this discovery, Trudeau and Collins point fingers at each other on behalf of their respective institutions, despite both being equally guilty. Meanwhile, there has been a massive response from both Indigenous and non-Indigenous citizens across the country.

In response, activists have set their eyes on Egerton Ryerson, a Canadian who played a substantial role in conceptualizing the residential school system. Already the institutions that carry his name have seen backlash. A school board in Hamilton, Ontario has already agreed to rename Ryerson Elementary School. And Ryerson University has seen the statue of Egerton Ryerson torn down and beheaded amidst the calls to rename the school.

So who is it actually unfair to, Archbishop Collins? The children who were unceremoniously thrown in unmarked graves? The survivors of the residential schools? The families who never saw their children again? Or the institution who created and enabled residential schools to get away with it?

To avoid content overload in this article, below is a list of recommended different forms of media created by Indigenous peoples that tell the truths of what occurred at residential schools. It is worthwhile to note that asking Indigenous people to educate the non-Indigenous on such heavy trauma is unfair; it requires quite a lot of emotional labour and should never be done for free. Please work on educating yourself through the resources provided by supporting Indigenous people who have had the energy and ability to make content to help educate on our history.

The Curious Case of Dr. Dummitt
By
Cameron Noble
and
From Cheyenne Wood 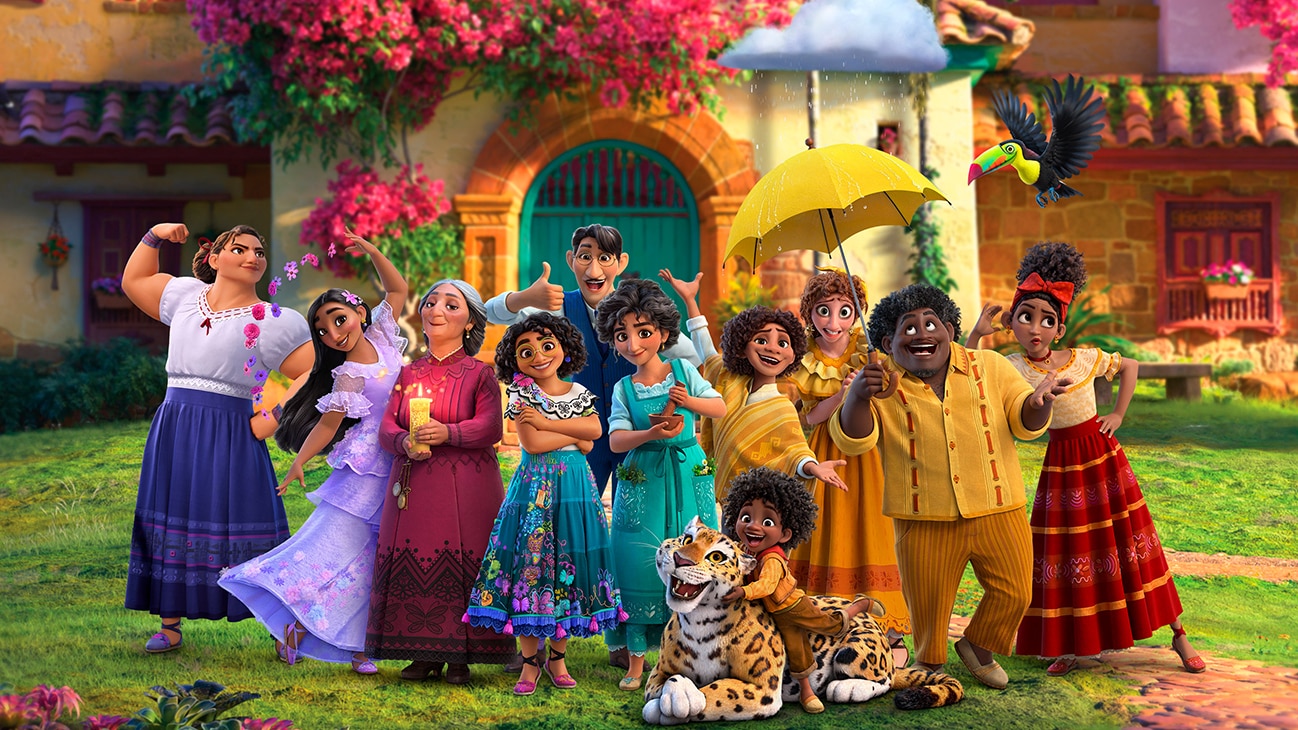 A Review of Encanto: The Magic of Healing Intergenerational Trauma
By
Cheyenne Wood
and
Culture
|
Arts

Indigenous Studies: a lack of resources and faculty
By
Keila MacPherson
Related

The Curious Case of Dr. Dummitt
By