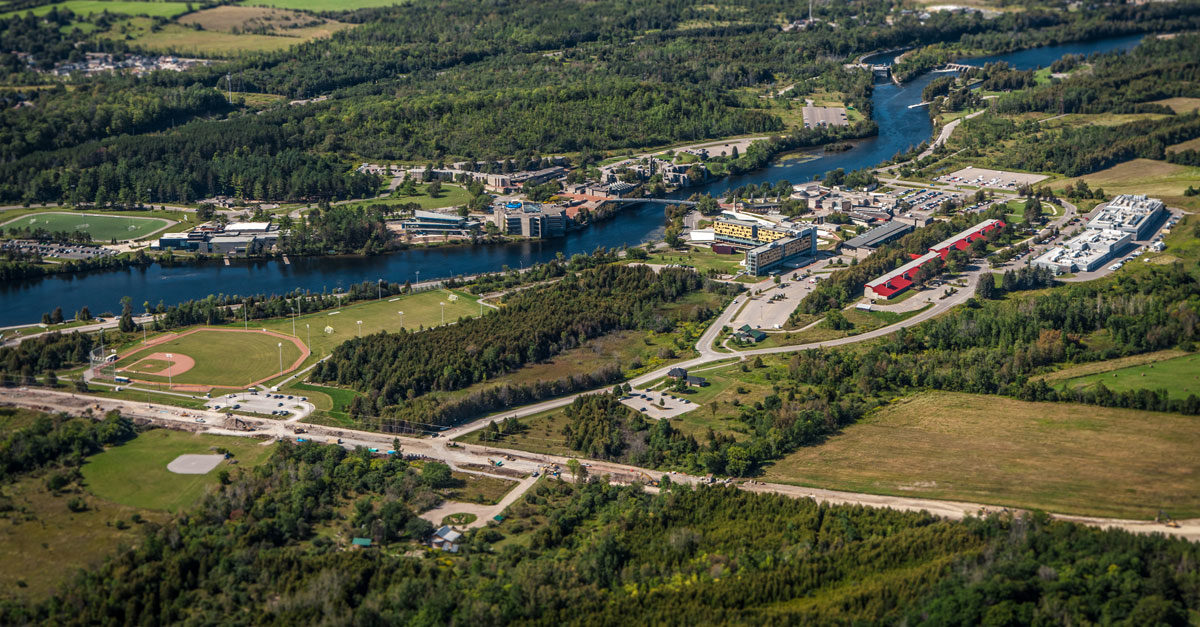 The future site of Cleantech Commons on Trent University's Campus. Photo: Invest Peterborough and the Kawarthas

The future site of Cleantech Commons on Trent University's Campus. Photo: Invest Peterborough and the Kawarthas

It wouldn’t be hyperbole to say that Cleantech Commons has become an albatross slowly wrapping itself around the necks of Trent University and Peterborough City Council.

This became apparent during a meeting of the Finance Committee on January 17th, Councillor Kieth Riel moved to defer the allotment of $1M in funding for the project for one year.

“Until I’m comfortable with Cleantech getting a tenant then I’m not comfortable giving them more money,” Riel said in relation to his motion.

The City has invested $6M in order to extend water service to the future site of Cleantech and has raised the standard of Pioneer Road to an urban standard.

It quickly became clear when other councillors spoke to the motion that there was a shared sense of disappointment at the lack of movement on securing tenants for the site once it is built. The concern behind the motion stems from Riel’s concerns that the City continues to fund the project in anticipation of one day having it be a significant and important locus for green initiatives moving forward.

Mayor Jeff Leal was clear in his inability to support the motion but said that moving forward it will be necessary to see Trent be willing to shift its envisioned focus for what Cleantech will entail.

“We need to open Cleantech up to growing sectors in e-commerce,” Leal said. “It’s vitally important for us to use these employment lands in order to move the relationship [with Trent University] forward.”

Otonabee Ward Councillor, Lesley Parnell added that to her knowledge there were at least four possible tenants who were getting close to becoming official. When asked by Riel if she could share the names of those businesses, Parnell said she was unable to as it was confidential and sharing that information publicly could risk the prospect of these partners signing on.

Riel called this “hearsay” but Councillor Kevin Duguay related the issue to that of building a new subdivision where infrastructure is built and houses completed before people move in. Duguay went on to say that not supporting this funding in 2023 would be a “fundamental error” which would “look poorly on this council.”

Councillor Joy Lachica spoke against the motion as well, reasoning that she can’t support any motion which doesn’t move Peterborough towards being a future-ready city.

“We need to have investments in renewable energy,” Lachica said, adding she was concerned that this motion would result in Peterborough missing out on future opportunities.

Ironic because the only green thing about it is the grass spreading across the as-yet undeveloped eighty-five acres displayed in the promotional photographs.

While Trent continues to suggest that tenants will soon sign on to the project which, after more than a decade of planning, has yet to secure any meaningful investment or a viable tenant for a simple reason that ground has yet to be broken on the site.

One recent win on which Trent has been able to hang its hat is the collaboration between Trent and Karbon Brewing Company which was announced in March of 2022.

As of October 2022, and despite reports of widespread layoffs, Noblegen -  one of the main rumoured partners of Greentech Commons - insists that they are still looking at building at the Cleantech site.

Following the meeting, Leal told reporters that he hasn’t heard anything further about Noblegen’s involvement in the Cleantech project.

Leal also shared with Arthur that because the City has a limited amount of employment lands at its disposal, Cleantech Commons represents an opportunity to enter into discussions with Trent about how those lands can and should be used.

Specific initiatives up for discussion that Mayor Leal mentioned were projects concerning the development of e-vehicles, which he noted are of significant importance to the provincial government.

The Trent-City Liaison Committee has yet to meet so far under this new council, but Mayor Leal mentioned that when they do, the future of Cleantech and how it can be brought to fruition in a mutually beneficial way will be a major focus of their discussions.