New to Peterborough? Here's What You Need to Know

If you’re one of the many new students, domestic and international, you will probably spend a little while trying to figure this place out. Peterborough is equal parts disproportionately cool and disproportionately weird for a place its size. So, to give you a head start, here is a run down of things to know about this city.

1. Cabs in the city are owned by the mayor, Daryl Bennett, and shockingly the city just raised fares by 23.5% (as mayor, he is also oversees the buses too). Peterborough is ‘compact,’ so unless the weather is particularly extreme, the city is pretty darn walkable and you can get across most of the downtown core in less than 15 minutes, accessibility permitting. If you are walking from campus at night, check out Trent Walkhome. This is a student-run volunteer program which will offer you company to make sure you get home safe at night.

2. Trent does have a library but it also doesn’t. Last summer it began renovations on the library to finish by the beginning of this school year and, as its continuing closure confirms, that definitely went to plan. Fear not, there is a library downtown too. On Aylmer and Charlotte, Peterborough Public Library is open 10:00 a.m. - 8:00 p.m. Monday through Thursday; 10:00 a.m. - 5:00 p.m. Friday and Saturday; then 2:00 p.m. - 5:00 p.m. on Sunday.

3. The public library, however, is not the only place to study downtown. Most of Peterborough’s cafes unofficially moonlight as study spaces, sheltering students smart enough to get away from the ravages of campus. Review last year’s list of "Places to be Without the Library" for a more detailed rundown of where to study off-campus, but special mentions go to the quiet and plugs-aplenty Hasseltons, the blessed Natas for its long opening hours and good coffee, and The Only (see point 7).

4. Tucked away off of King Street, the Silver Bean Café sits on the edge of the Otonabee River and it is quite frankly an absolute delight. Open May through October, head down and enjoy what is left of summer outside with coffee and quiche al fresco - all of the café’s seating is outside on the deck. When you’ve finished up with their enormous portions of ice cream, consider heading the steps to rent a paddle board or a canoe.

5. When you’re going out at night, make sure to plan ahead on your late-night food. When you stumble out of *insert bar name here* at two in the morning, the places that you really want to go to will have probably be long closed, and you will be left with Whistle Stop, two burrito places, and the recently-opened Brothers Pizza (there is, as yet, no apostrophe in the name). It is a travesty that Free Toppings seems to have changed their hours, but also workers do deserve to go to bed at a reasonable hour.

6. Explore downtown! If you are living on campus or in the Annex, it is very easy to spend your whole life meandering between people’s rooms and partying in the Annex, but there is a heck of a lot going on downtown, even if you aren’t yet old enough to drink. On an evening, you will more than likely be able to find live music playing at one of The Garnet, The Red Dog, Black Horse or the Twisted Wheel, just one pillar of Peterborough’s thriving arts scene. The first Friday of every month, Evans Contemporary art gallery opens up the Peterborough historic Commerce Building for its Art Crawl, where you can wander and wonder between art exhibits, picking up a neat array of pay-what-you-can alcohol and top of the range snacks. The Art Crawl is split between spaces above Saint Veronus on Hunter street and Evans, which is in a courtyard-like area between Hunter and Water.

7. GO TO THE ONLY, but during the day. Go after seminar every once in a while so you can sit down with your books to have a proper sesh. It will be far more productive than listening to one more person say “well actually” in class and talking to the staff will be far more interesting than any of your classmates. The Only will make you want to write a novel.

Correction (September 12 2018): Against the print edition (Volume 53 Issue 1), Mayor Bennett does not own *all* the cabs in the city; he owns one of the two companies that are based and operate in the Peterborough area. Furthermore, *technically* he recused himself from voting on the presented fare hike when it was presented to the city's Police Services Board. The article has been updated and includes links that discuss these details further as seen above. The editors regret the errors.

Ice Cream, You Scream, We All Scream for a Better Student Union
By
Nick Taylor
and
From Dan Morison 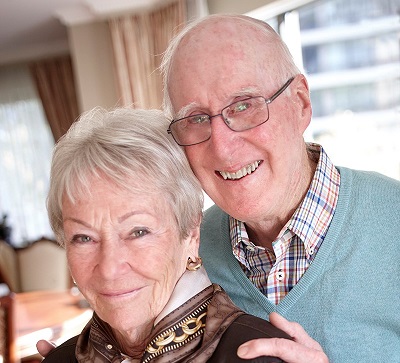 Student Guide to Thrift Shopping in Nogojiwanong
By
Emi Habel

Student Guide to Thrift Shopping in Nogojiwanong
By
News
|
Campus