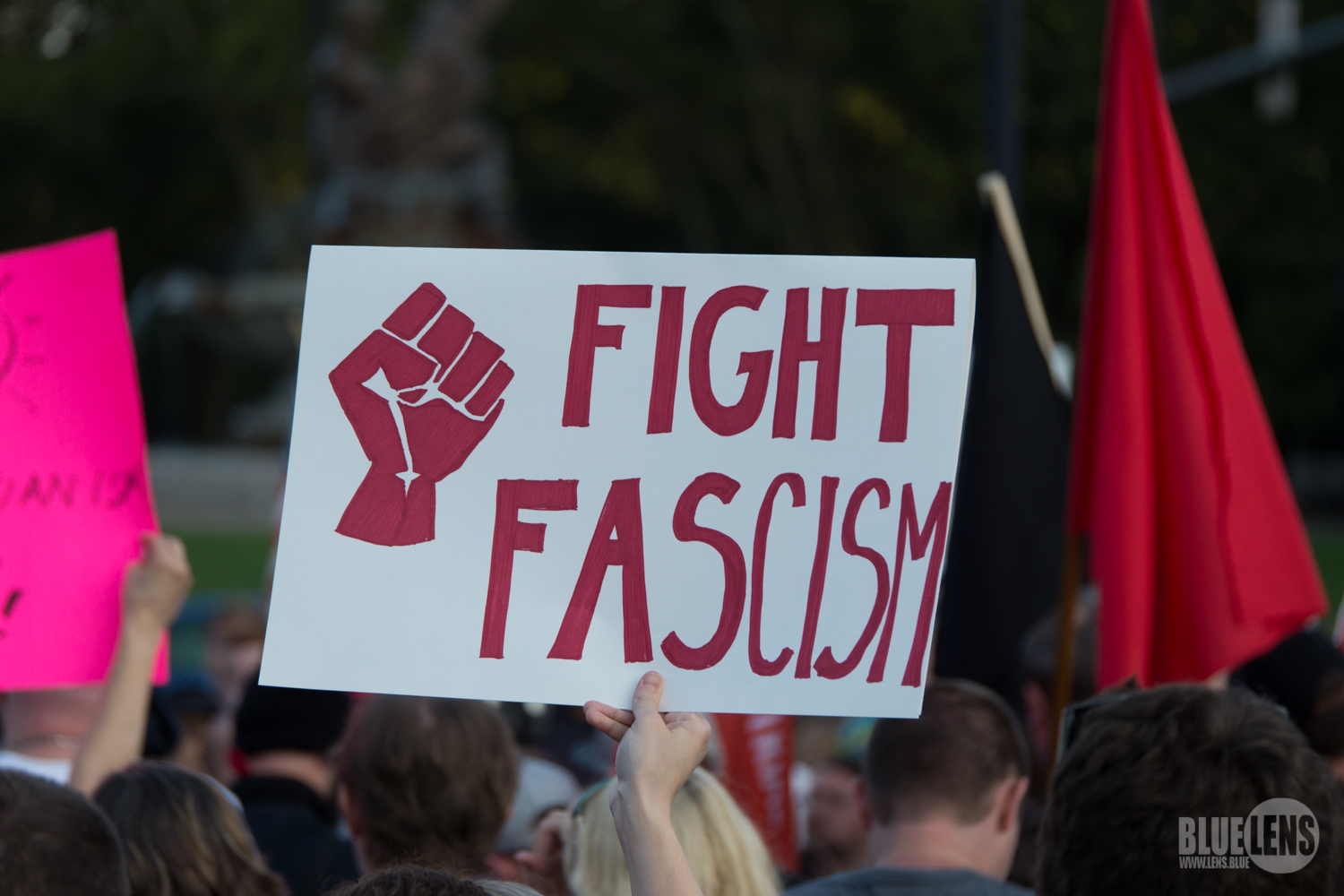 Why We Can't Welcome Faith Goldy

Goldy interrupted Cappello as he was answering a question pertaining to an audience member’s concern that Capello’s anti-oppressive work actually oppresses white people. He was explaining that systemic racism against white people does not exist and defending this claim by providing an example of white privilege — political representation of white people in our legislature. It was at this point that Goldy took it upon herself to interject, arguing that the lack of people of colour's representation is justified because Canada is 76% white (a statistic she sourced to Statistics Canada) and our legislature should reflect this statistic. People in the crowd questioned the legitimacy of this data as many people of colour go undocumented in Canada.

However, even if we are to take Faith’s statistics on an ad hoc basis, her logic is still quite flawed. As of the 2015 election, a mere 13.6% of MPs were people of colour. Faith argues that our legislature should reflect the 76% white population which also means that it ought to reflect the 24% non-white population. Faith’s logic would point to the need for a 10% increase in political representation of people of colour — something Faith Goldy would vehemently reject.

Faith Goldy criticized Cappello’s talk by pointing out that there had been a lack of statistics, despite Cappello repeatedly telling the audience that he was not attempting to prove that systemic racism against people of colour exists. You have to be delusional or willfully ignorant to refute its presence.

She continued her livestream, occasionally shoving her camera in the faces of students, as many attendees verbally ushered her out of the building. She yelled absurdities at various people, including TCSA President Brandon Remmelgas who she called "Big Brother Russia" -- which seems ironic considering her incessant surveillance of the event, a key characteristic of Orwell’s panoptic state.

In her livestream, she victimized herself, saying, “So that’s what white supremacist Canada looks like -- a couple of white of people getting screamed out of a partially publicly funded university by a gang of individuals, many of them minorities, being told that no one wants them here.” She then tried to claim that she had just been the victim of "reverse racism," asking people to imagine if she and her supporters had been "a couple of black kids," jeered at by white people.

Sorry Faith, we cannot imagine you being a black kid because you are a 29-year-old white woman. Perhaps if you had listened to Cappello’s talk, you would understand the false equivalency that underpins your victimhood narrative and realize that it is invalid.

Further research on Faith Goldy explains her concern with the number of white people in Canada. Her Twitter bio describes her as a “Catholic Nationalist for Christ the King and Country,” while her Facebook bio reads “Faith. Family. Firearms.” She was fired from her position at Rebel Media, a right-wing news organization, for her involvement with white nationalist groups. When delving deep into her work at Rebel Media, it seems as though her job was two-fold: to never cease the right-leaning defense of free speech that allows people to spew hate speech, and to incite hatred against immigrants and people of colour, particularly Muslims. Goldy repeatedly covered stories about immigrants committing crimes, defenses of Donald Trump, and essentially any story that could be manipulated into an Islamophobic attack. Faith Goldy’s alt-right, white supremacist rhetoric was quite evident during her employment with Rebel Media.

She was fired from her job at Rebel Media after she travelled to Charlottesville, Virginia for the Unite the Right rally that culminated in a terrorist attack that killed an activist. According to Rebel Media CEO Ezra Levant, Goldy attended the white supremacist rally against the Rebel Media’s wishes; however, upon her return, Goldy’s account of the rally — which included her denial of being a neo-Nazi and a white supremacist — was published by the Rebel Media. Following Goldy’s termination, Ezra Levant was featured in a video explaining that her firing was the result of her appearance on the Krypto Report, a podcast produced by neo-Nazi outlet the Daily Stormer. During this interview, Goldy saluted the white supremacists for their participation in the Unite the Right rally.

There are also videos of Faith Goldy reciting the infamous "14 words" coined by neo-Nazi David Lane. The 14 words resemble a statement in Hitler’s Mein Kampf, and are used in a contemporary context as a means of proving one’s allegiance to white supremacist and alt-right ideologies.

From Faith’s prolific history of going to great lengths to dehumanize and demonize people of colour, one might speculate that her intentions in attending the TCSA’s "It’s Okay to be (Against) White(ness)" event were not to educate herself on racial injustice. One might speculate that Goldy was trying to provoke a negative reaction from the participants of the event so she could later point to it as an example of "anti-white racism" or repression of her right to free speech. Perhaps Faith Goldy only wanted to antagonize event goers so she could later vilify them and have her 80 000+ Twitter followers bear witness.

Faith Goldy is an extreme example of how harmful and inflammatory white supremacist rhetoric is; however, Cappello would want me to note that Faith Goldy is not the problem. The problem lies within the systems that produce and perpetuate the ideologies that people like Goldy hold and strive to disseminate. Her tantrum only serves to remind us just how much work there is to be done in eradicating racial injustice.

The Anti-Racism Task Force: Performing or Performative?
By
Varun Biddanda
and
From Nick Taylor 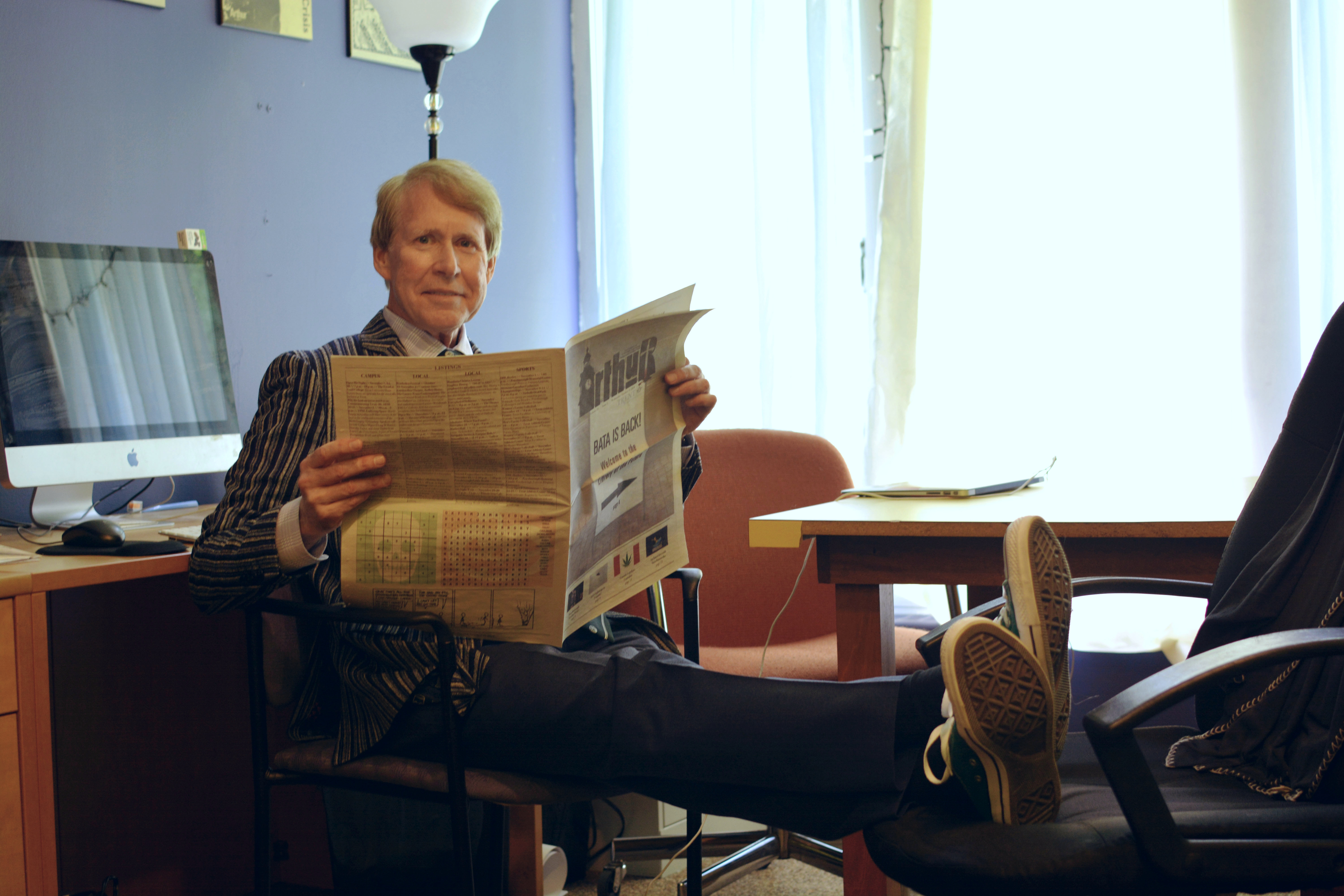