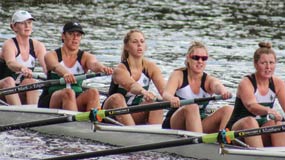 Written by
Dr. Michael Eamon
and
and

Part two of the series “Trent University and the collegiate legacy”

Photo from Head of the Trent 2014 by Keila MacPherson.

Fifty years ago, Trent opened as a collegiate university. Its founders, eager to have the institution enter the fray of higher education, did not have centuries to wait for their colleges to be built.

Instead, Trent was designed and executed as a fully-realized collegiate institution, unique in the 1960s where new, centralized campus universities were all the rage.

In the last article in this series, we saw how collegiate traditions formed the core of this new university. We explored why Trent has both a fall and spring reading week, and why we identify students by their matriculation (or first) year, rather than their graduating year.

We also talked about the ever-changing and sometimes controversial nature of the collegiate university. Not all traditions took root, such as the wearing of undergraduate gowns that fell into disfavour with students. Today, we continue with an exploration of some of the collegiate traditions that surround rowing.

Rowing is synonymous with the collegiate university, conjuring up images of students gliding across mirror-like rivers in front of century-old brick and stone buildings. The sport was introduced to several English universities in the eighteenth century.

The popularity of the sport grew to such an extent that an annual race between Oxford and Cambridge universities was established in 1839. The Boat Race (no other description needed) continues to this day and is the premier university sporting event in the United Kingdom.

The expansion of Trent University to the Nassau Mills area offered the perfect collegiate location where students could interact on, with, and above the river. Even before the university officially owned boats, students were rowing the Otonabee along the newly constructed Champlain College.

In England, rowing is the “winter sport”, so the Canadian season is necessarily different in length. Trent’s very own regatta, Head of the Trent, is held in the early fall.

It was started in 1971. One year later, the Alumni Association decided to partner and host a concurrent homecoming event and one of Trent’s longest continuing traditions was born. From humble beginnings, Head of the Trent is now considered the largest single-day rowing event in the country.

Not all collegiate traditions have proven popular in Peterborough and this can also be seen in the case of rowing.

Today, in Oxford and Cambridge, most individual colleges have their own competitive, intramural boat clubs in addition to the existence of a larger university team. Twice each year there are collegiate “bumps” regattas where multiple college crews enter the river and try to win by overtaking the teams in front and tapping or “bumping” them.

Considering the size and speed of the Otonabee (compared to Cambridge’s River Cam or Oxford’s Isis) it is probably a good thing that this particular tradition hasn’t taken root here!

It should be mentioned that the origins of college scarves can be traced to the collegiate rowing tradition as well. College, or academic scarves, date back to nineteenth-century England.

Rowers originally wore scarves and jerseys of a uniform colour that represented their respective college. Often this same colour would be painted on the blades of their oars.

The origins of the current, colourfully-striped academic scarf is said to be a product of wartime shortages. Some say an increase in the use of wool during the Great War (others say in the Second World War) to produce soldiers’ uniforms led to rationing of the material.

This meant that scarves could only be made from the strips of material that were left behind. After the War, the new patterns continued and became popular with students outside of the rowing community.

By the 1950s, the tradition of striped scarves was here to stay and the scarf became another symbol synonymous with the colleges. Currently, there are over 60 different universities in the United Kingdom and North America with academic scarves that follow this style.

The scarves of Trent University were created in 2009, utilizing colours and designs traditional to its colleges. Champlain’s scarf is navy blue and red; Lady Eaton incorporates navy blue and yellow in its design; Otonabee is midnight blue and gold; Gzowski is yellow and burgundy and Traill utilizes a garnet and grey colour scheme. Scarves for two former colleges, Peter Robinson and Julian Blackburn, were also created using the colours green and white, and green and yellow respectively.

Trent University is one of the few Canadian institutions that embraces the tradition of unique college scarves.

Both practical and symbolic, a simple scarf can embody the multivalent nature of the college system.

Ideally, colleges should encourage inclusion and never exclusivity. Scarves offer a means to exhibit subtle pride for one’s college, while acknowledging the diversity and breadth of the larger university community.

They are a tangible reminder of a core collegiate ideal: that students can be a part of a small and meaningful community, while at the same time make important contributions to a greater scholarship and to humanity at large.

All this, and they can keep you warm while waiting for Trent Express.

Dr. Michael Eamon is a Trent University professor and serves as the Principal of Catherine Parr Traill College. 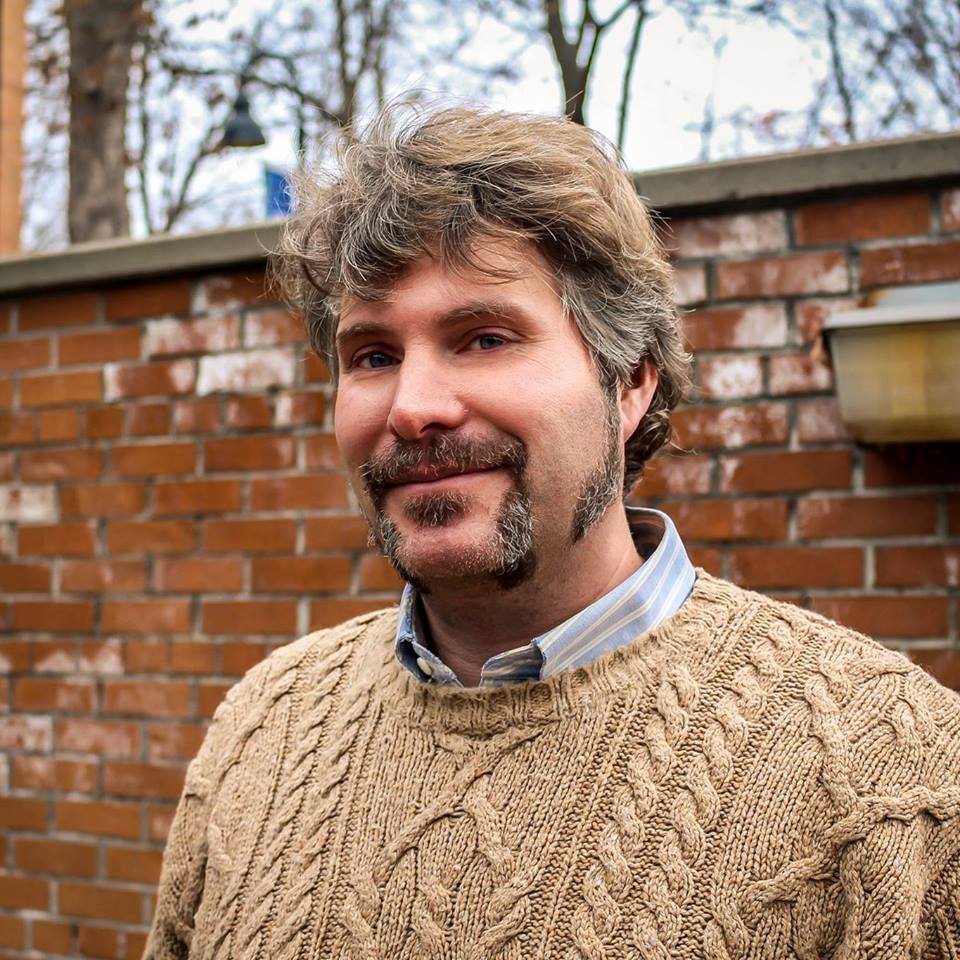 What We Know About Vaccine Exemptions At Trent
By
Katie Pedlar
and
From Dr. Michael Eamon 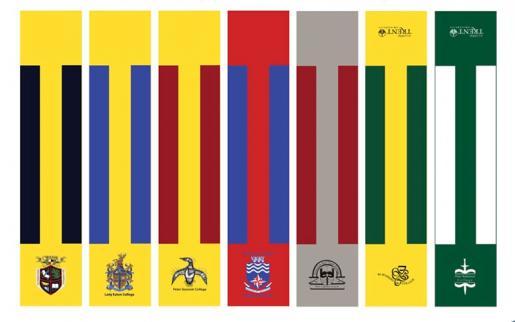 You're Invited: Challenges that Face the 21st-Century Collegiate University
By
Dr. Michael Eamon
and
Culture
|
Arts