“Large decisions often happen without us even noticing,” begins a July 14th Instagram post from OneCity Peterborough (@onecityptbo). The registered charity, which works with those experiencing homelessness or criminalization to provide housing supports, employment programs, and community safety initiatives, regularly uses its social media feed to coordinate donations, drives, and calls for volunteers.

However, the organization’s July 14th statement eschews this usual format in favour of ten full slides of plain text set against a black background. The post in question, captioned “A message of concern from our Executive Director, Christian Harvey,” was widely shared by residents, and details a series of concerns following Councillor Dean Pappas’ motion in a City Council General Committee meeting to receive, rather than act on a Staff Report which recommended extending funding for the city’s Overflow Shelter until March 2023.

This isn’t the first time Pappas has been personally implicated in criticism of City decisions. In April of 2021, Pappas motioned to remove universal change rooms from consideration in the Peterborough Wellness Centre’s major renovations. Pappas’ motion, which was seconded by Councillor Keith Riel, made it such that a universal change room would not be considered in the renovation, nor would considerable renovations and restructuring of the centre’s layout to meet Accessibility for Ontarians with Disabilities Act (AOD) standards. Despite a public consultation survey having been issued at the time, council deigned not to receive the survey results, instead expressing a belief that the survey would express a general dissent, despite them not having access to its findings.

More to the point, in October of 2021, Councillors Pappas and Riel were again criticized for comments about the Wolfe Street Overflow Shelter during a virtual General Committee meeting, as well as a Riel favouring a proposal to reduce the shelter’s operational hours from 24 to 12 hours a day. Later in the same session councillor Keith Riel claimed that “[Unhoused] people are getting three meals a day … are putting $731 in their pocket to spend whatever they would like,” (a disparaging, and categorically inaccurate rhetorical framing of unhoused people as maliciously profiting from city money) and Dean Pappas criticized the shelter’s no-barrier operational policy, saying shelter users made residents feel unsafe and had caused property damage (callously conflating homelessness with criminal intent).

The overflow shelter has long been a point of contention in Peterborough municipal politics. The shelter, which has routinely run at 93% capacity on average, was first instituted in response to 2019’s “tent city” in Victoria Park and the subsequent anti-tenting bylaw which stemmed from it. Intended only as a last measure upon the city’s three regular-use shelters being filled, the Wolfe Street emergency shelter has continued to see high demand, as despite the city forcibly clearing tent city, the problem of homelessness has by no means disappeared.

Peterborough is a city gripped by an ongoing, years-long housing crisis. While the pandemic has undoubtedly exacerbated the severity of the current crisis, it has been a pervasive issue in the city going back as far as the Arthur digital archive records — at least 2016, if not even earlier. According to the Canadian Mortgage and Housing Corporation’s October 2021 Rental Market Survey, the Peterborough housing market by the numbers shows cause for serious concern. The city boasts a staggeringly low vacancy rate of just 1%, causing massive housing scarcity problems compared to other Ontario cities. Furthermore, the rent in Peterborough stands markedly more expensive than rent in almost every borough of Montreal, and only scarcely behind the notoriously-pricey Toronto across most housing categories. This combination of factors make Peterborough the single most overvalued housing market in all of Canada. According to a Moody’s Analytics assessment cited by OneCity, the price of property in Peterborough is overvalued by a staggering 107.8%.

It’s disingenuous to view the housing crisis as merely an issue of homelessness. Rather, homelessness is simply a link in the chain of effects brought on by the continual deterioration of the already-dire housing market. The Moody’s Analytics report goes on to note that with an average household income of $70,000, most Peterborough residents would only be approved a mortgage of up to  $300,000 — which, when compared to the report’s average house price figure of $864,000, means that most Peterborough residents can’t afford to buy in their own city.

The result of this is an influx of external capital — buyers from outside of Peterborough, often from the GTA or even further afield, account for a large portion of property sales. While in the early pandemic days of 2020, many sought to take advantage of their newfound work flexibility to move out of the big city, two years on and with restrictions drastically eased this doesn’t seem as compelling an explanation. It’s no secret many landlords are out-of-towners, and with property prices so exorbitantly high, they tend to be among the few that can afford to buy in Peterborough. However, to recoup on their investment and pay off their mortgage, they tend to put rent up. This in turn raises the cost of living for renters, drives up property value, and makes housing more scarce overall — thus the vicious cycle continues.

Peterborough has committed to ending chronic homelessness — defined as experiencing homelessness for six consecutive months or more — by December 31st, 2025. Logically, this would mean the infrastructure to end chronic homelessness would have to be in place at least six months ahead of time, so that it can be accurately said on the city’s target date that no one has been on the street for six months by that deadline. With that date looming only three years from now, it seems a noble, if perhaps unrealistic goal, especially from a municipal government which seems largely apathetic to the struggles of those homelessness in its city.

While it’s plain to see that the state of Peterborough’s housing market is unsustainable, and has been for years already, the bubble shows a stubborn refusal to burst. As Arthur has detailed for years, this implicates all Peterborough residents. With the market spiralling out of control, students, the homeless, renters, first-time homeowners — essentially anyone without access to massive amounts of startup capital — feel the effects more profoundly. With a municipal election right around the corner, this could easily shape up to be a defining issue for the next four years, as it continues to shape Peterborough for years to come. 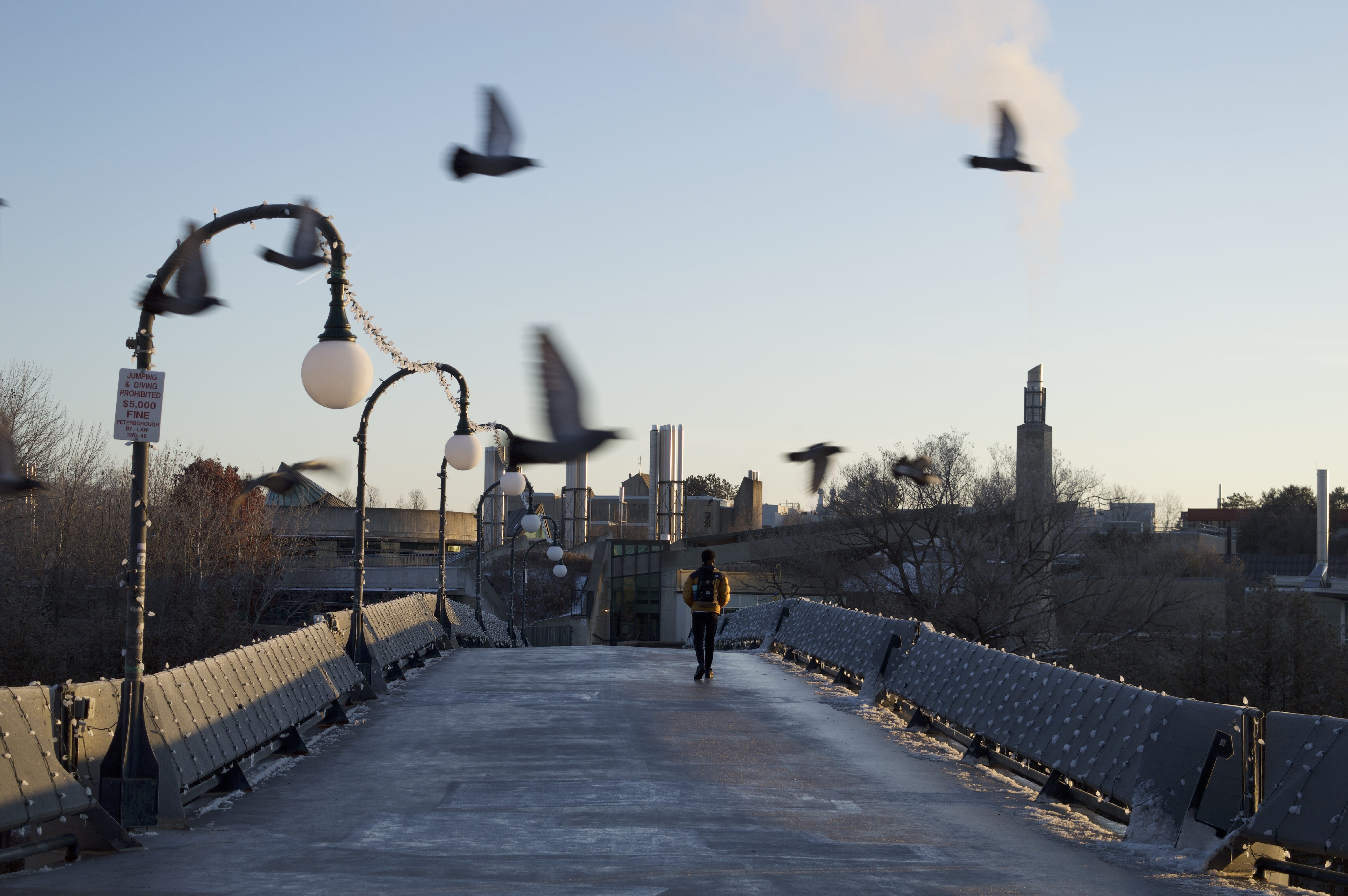 Back to Normal? Trent says “Yes,” Whether You Like it or Not
By
Evan Robins
and
Culture
|
Arts

Perspectives on the Y-Lofts
By