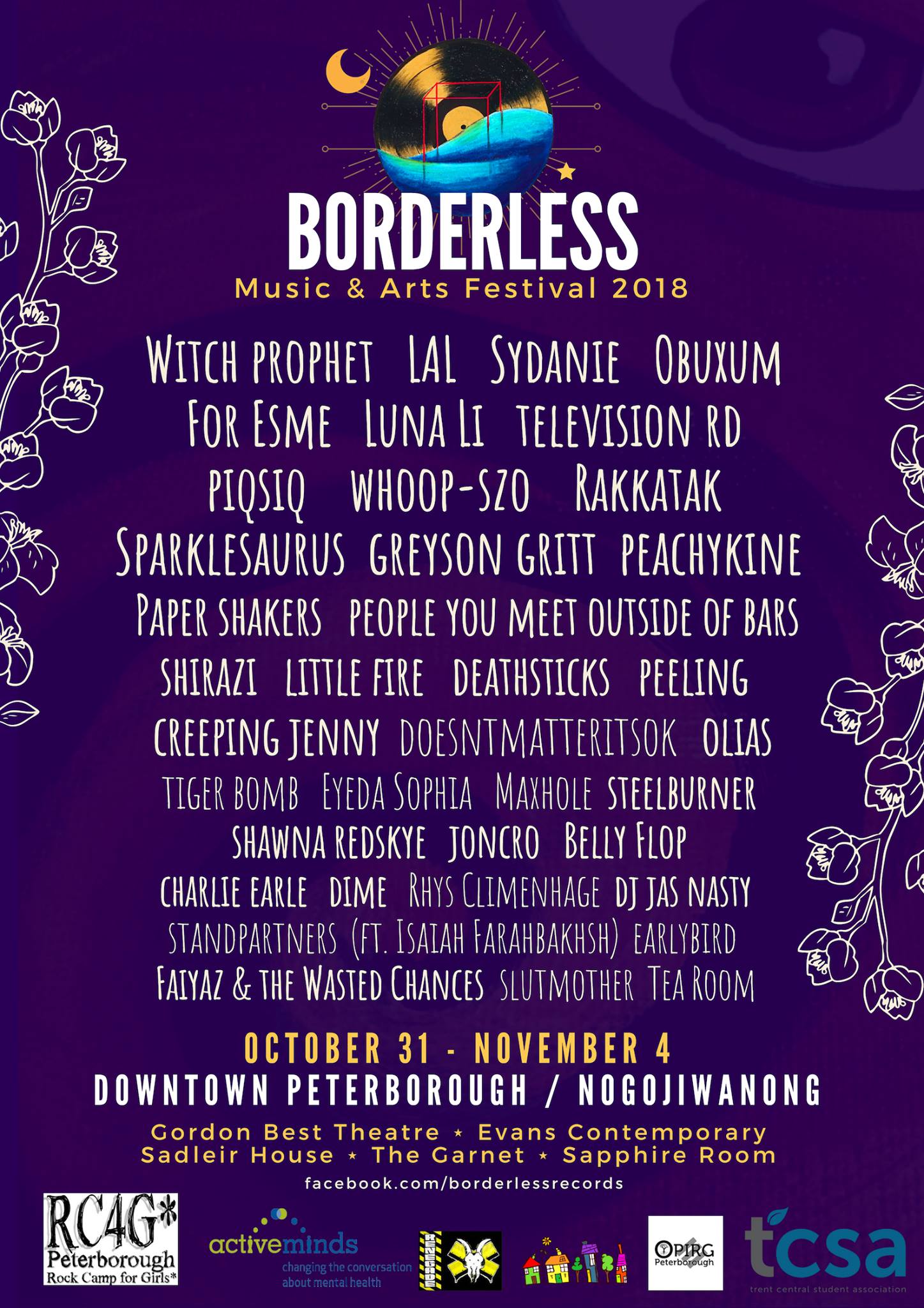 Written by
Melanie Soltau
and
and

This is the second year of the Borderless Music and Arts Festival. It was founded by Sara O. Shahsavari, a talented musician with a passion for equality.

This year, the festival ran from October 31 to November 4 at several venues located within Peterborough’s downtown core. The festival is dedicated to giving underrepresented and alternative artists a platform, while concurrently addressing the ways in which women and people of colour surpass political barriers.

During an interview with Sara, she revealed that she came up with the concept of Borderless directly after Trump was elected. Sara described the creation of Borderless as “an act of beauty and light in counter to the hatred.” She stresses the importance of diversity within the festival, as it brings various musicians, artists, crafters, dancers and poets together to form a community. Sara’s ultimate goal is to foster a protected space for marginalized individuals to express themselves through their chosen art form.

Kyha Craig, 21, is a student and musician living in Peterborough. She is in her fourth year at Trent University in Indigenous Studies and Environmental Science. She began performing live by playing keyboard and singing vocals with Mary-Kate Edwards, another local Peterborough singer/songwriter.

Sara invited Kyha to perform at the Borderless Festival on two different occasions: once as an individual act, in which she calls herself Peachykine, on November 1 at Sadleir House; and a second time, with her friend Hayley Sheppard, in their duo band called Sleepy Slap at Sadleir House on November 4. Kyha and Hayley began by singing song covers and decided to form a band of their own when they realized how much they enjoyed playing together. The organic love for music that Kyha and Hayley share has greatly contributed to their success as a musical duo.

Kyha is extremely passionate about the values behind Borderless.  A half-Asian woman herself, Kyha said that she was happy to meet the members of Tiger Bomb, a musical group which is largely comprised of Asian women, and to watch them perform. She notes that is is important not only to herself, but also to her mother, who is of Vietnamese background, to feel represented in the music industry. Specifically, she feels that the indie and folk genres are lacking diversity as it is mostly dominated by white male musicians. Kyha said that she “admire[s] Sara so much for making Borderless happen and creating a safe space for marginalized people.”

Sara feels as though this year the festival had a stronger community response, and that it “felt bigger than last year.” She hopes to make Borderless a Peterborough tradition. A tradition like Borderless would give many alternative and underrepresented artists in Peterborough, who would not normally get the chance to express themselves, the opportunity to do so.

There is a unique feeling of inclusion that is not only embodied by the performers, but also projected onto the audience at each Borderless event. As the art scene within Peterborough continues to grow, a diverse community filled with culture is being developed.

For Sara, in order to create change, we must all come together and build from each other’s momentum. Borderless is beginning to achieve this strong community atmosphere, which will only continue to grow. As 2018 marks the second year of a successful Borderless event, we can all anticipate a third annual Borderless event in the fall of 2019. 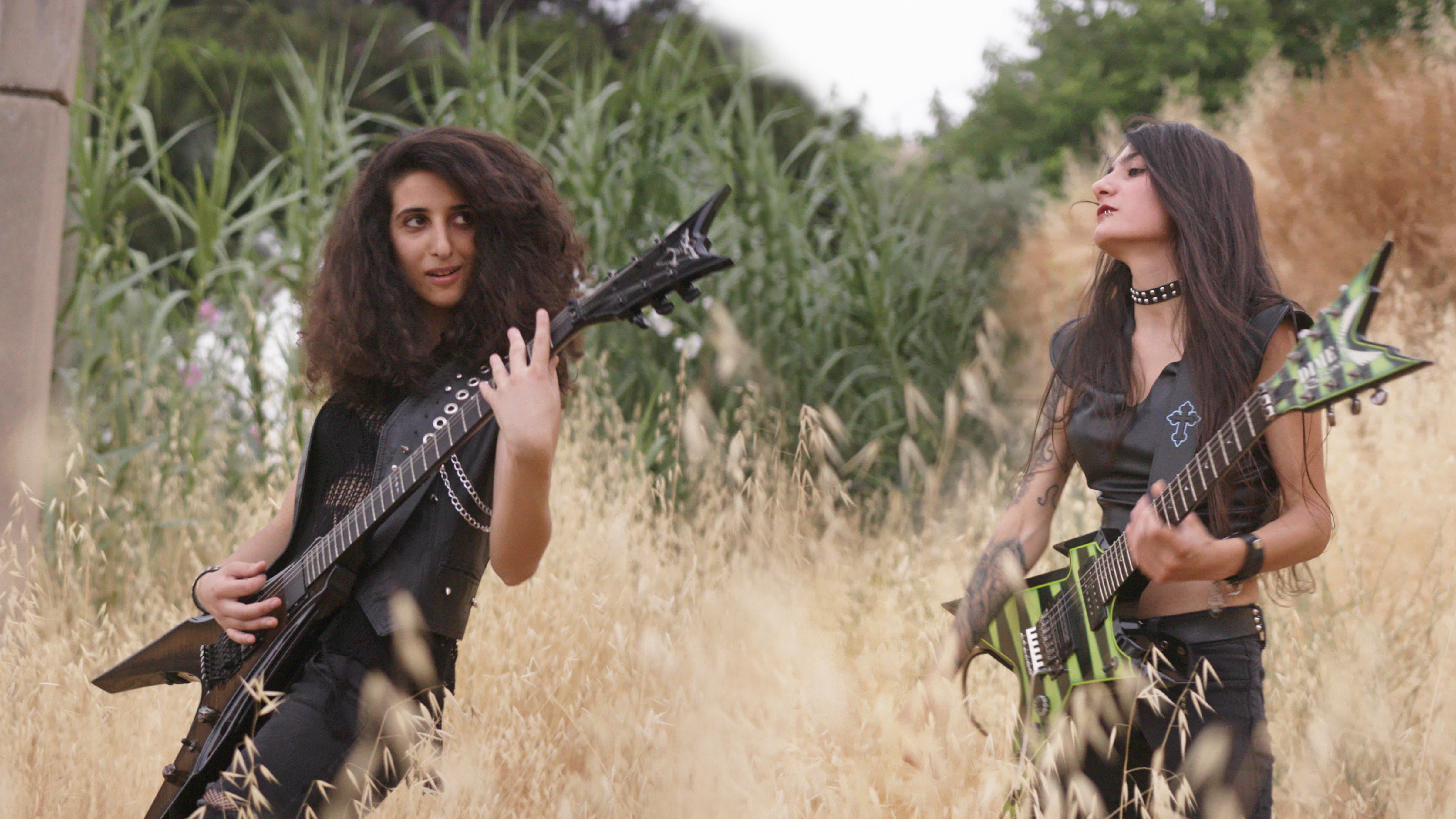 ReFrame Review: Sirens
By
Sebastian Johnston-Lindsay
and
From Melanie Soltau
Hmmmm...
It looks like there's nothing else from this author. Perhaps you, the reader, could
pick up the pen and begin where they left off.
Culture
|
Arts 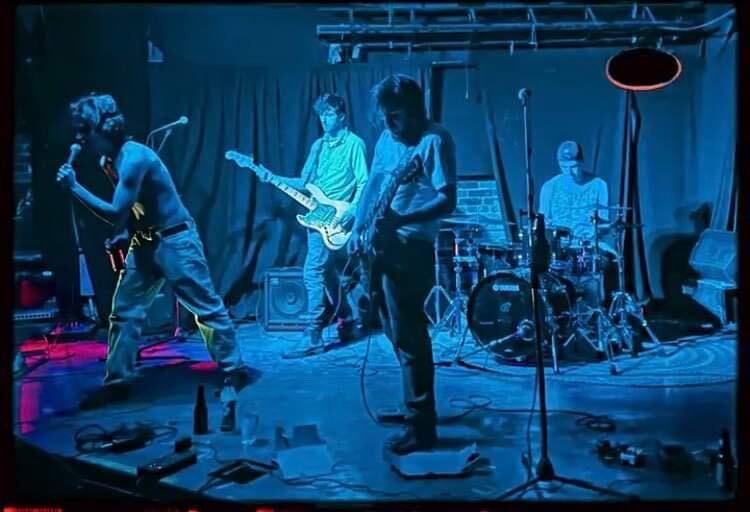 Meet the Locals | So…Who The F*ck are The Mickies?
By
News
|
Campus